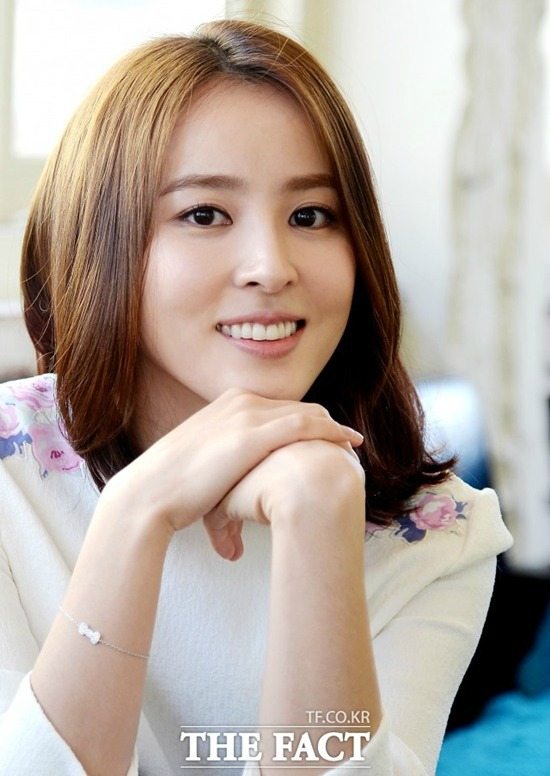 It’s been four years since actress Han Hye-jin has been in a drama, having last starred in Warm Words just following her marriage to soccer player Ki Sung-yong. She’s since become a mother and taken some time off, but it looks like she might be returning to dramaland in the new year—she’s currently considering an offer to headline a new MBC melodrama called Let’s Hold Hands and Watch the Sunset.

She’s received an offer to play a woman who had a crush on her college sunbae since her freshman year and ended up marrying him. As his wife, she gave up her pursuit of literature and sacrificed everything to support him emotionally and materially.

The drama is about a husband and wife who have spent half their lives as partners, suddenly having to confront death. In doing so, they look back on the time they’ve spent together and rediscover one by one the things they’d lost. It’s described as a sincere family story about confirming the preciousness of love and family.

It sounds like it’ll be uplifting and heartwarming rather than just sad, though I fully expect tears to be part of the experience. At the helm will be PD Jung Ji-in of Radiant Office, which is a drama that managed to deal with similar themes in a light, funny way.

MBC won’t be airing a new drama after I’m Not a Robot because of the Winter Olympics, but Let’s Hold Hands and Watch the Sunset will be the next series in that Wednesday-Thursday time slot, beginning in March.

Via IS Plus, MK Sports

I'm not a melo fan but welcome back Han Hye-jin.

Those two are among her best performances imo and she seems to like melo.

And yes welcome back Han Hye-jin. I don't mind to see her reunion with Song In-gook, whom I miss to see in a new drama.

Song Il Gook will be great. Or Lee Pil Mo. I wish to see him in a lead role.

Welcome back Han Hye-jin ! I was so smitten by her when I first started watching K dramas, 😂 . Jejungwon was like the 3rd or 4th K drama I watched. I liked her in Jumong too, she was a bit of a bad ass. Please be good show. I was thinking the other day how I needed a pic of her for my fan wall.

This sounds really nice, I love heartwarming stories which focus on family love and importance!

I always liked Han Hye-jin, hope she takes it, I'll be looking forward to this!

I was just thinking about her a while ago when KJH passed away as they did Terroir together. She may not be the best actress out there but I always have a soft spot for her Be Strong Geum Soon, which also featured the very young Lee Min Ki.

Might be in the minority but I couldn't finish "Terroir" because of her acting in that drama.

You are probably not in the minority. Like PYC said, she may not be the best actress out there but I have a soft spot for her too.

is she the ugly duckling woman?

I've never seen her in anything but she is incredibly gorgeous. So, so pretty. And I want her sweater and that little bow bracelet. I still haven't managed to watch anything that seems like it'll be sad going in but if she looks as pretty in the drama as she does in this pic I may suffer a few tears just to stare at her.

Hoping that it will be a melodrama with a mood, directing, acting and music like Just Between Lovers. It feels like that has set the standard for me now

"MBC won’t be airing a new drama after I’m Not a Robot because of the Winter Olympics" man sports just have to ruin everything, don't they?

hwayugi will get postponed furthr?

I don't care about it but I wonder if they manage to finish airing it. And if that was the reason they were in such a hurry.

I don't think Hwayugi will be postponed because it's airing on tvN, not on MBC.

Hallelujah! The Sochi Olympics made live-watching the daily drama THE KING'S DAUGHTER SU BAEK HYANG pure torture (1 or maybe 2 episodes aired per week instead of 5!)... and contributed to amputating 12 episodes, which IMHO adversely affected the ending. It wasn't bad, but it felt incomplete. It seems that MBC learned their lesson.

I'm totally onboard for this. I enjoy romances a lot more when the cast is older

Me too. I am glad they give mature love some screen time.

I am looking forward to watch this drama.

I'm also glad that it's about finding yourself again while staying in love. We have too many shows about starting love and not enough about staying without losing yourself.

I haven't seen her in anything but I'm happy for her and her fans sake.