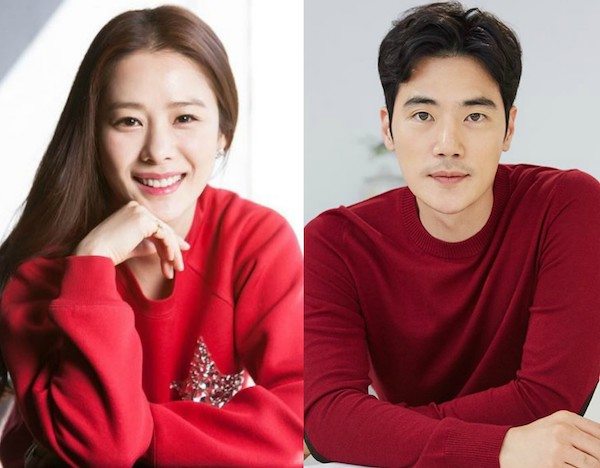 MBC is planning a new weekend drama called My Husband Oh Jak-doo, and courting Kim Hyun-joo (Fantastic) and Kim Kang-woo (Circle) to be its leads. Both actors are currently reviewing the script, but only actor Jung Sang-hoon (Woman of Dignity) has officially confirmed his participation in this drama.

This new weekender will feature a gender role reversal, capturing the search by a careerwoman in her mid-thirties for a house-husband so that she can achieve the desired social position of being a married woman. The description doesn’t give us more than that, but given the pressure for women to marry (especially a single woman in her thirties), I can imagine why Kim Hyun-joo’s character might decide to do it as a strategic decision rather than emotional one.

PD Baek Ho-min, the director behind hit makjangs like Flames of Ambition and My Daughter Geum Sa-wol, will be working with Mama writer Yoo Yoon-kyung on this new MBC project. I absolutely love both Kim Hyun-joo and Kim Kang-woo’s acting styles and how they can make even characters who are dull on paper come to life onscreen. So I think there’s definitely potential for a great drama here, and I’d love something that allowed poignant moments for reflecting on an unmarried woman’s value in society, though I am slightly concerned that the PD might take it over the top.

My Husband Oh Jak-doo is set to premiere next year on February 3, following the end of currently airing Money Flower.

That would be awesome!

You had me at Kim Kang-woo!! Has MBC decided to start airing shorter weekend dramas?

Yes. They finally realized that shorter epi is better because it is fast pace than longer epi.

My thoughts exactly. I hoped it's okay because I love both Kim hyun joo and kim kang woo.

"I am slightly concerned that the PD might take it over the top." YES TO THIS.

From my own observation. In Korea, the men's "natural desire" for success in their careers means that their drama characters are mostly sympathetically drawn or just modestly quirky. But for women, I fear that the drama will make her out to be some maniacally career obsessed persona that she would go so far as to have a contract marriage.

Why? Because surely it is "unnatural" and against societal order for a woman to desire career success. If they're going to make this a drama where a man "tames" and saves her from her "unnatural" desires - I hope the drama burns in the flames of perdition.

Perhaps the fact that they'd even consider this premise is already a sign of progress. Fighting!!!

Kim Kang-woo was damn sexy in Circle! I can’t wait to see him in a househusband role 😃

Missing Kim Hyun-joo so much! Yeayyy this is an awesome pairing. Pls be good drama!

Seems like next year will be the return of many veterans - Kim Hyun-joo, Go Hyun-jung, Kim Nam-joo, Ji Jin-hee, Kam Woo-sung, Choi Ji-woo, Kim Myung-min etc etc etc. Thank God. I love to see younger faces but sadly not all of them are my favs. These veterans have some special place in my heart.

I didn't even read the article lol. I just saw her name and Kim Kang-woo then made a comment cause I'm so happy to see her back.

And with Kim Kang-woo at that. I'm also happy to see her back. I was thinking what if she is planning to take a long break this time, so thank God for this news. Hope this drama will be good.

I will love the drama, whatever makjang level it goes, this pairing will make me watch everything that is going to be included in the show lol. I can already imagine kim kang woo nailing a spoiled lazy, couldn't care less type of house husband, maybe with some shady streaks too hehe.

Omg I can’t wait! I love khj so so much she is an amazing actress and is filled with emotions and had lots of talents. Loved her in what happens to my family and I have a lover! I hope she confirms with this drama and kkw is so handsome

Interesting premise since I am in a similar situation where I am pressured by others to get married even though I am not even that old yet. I have considered the house-husband option so this might be something I can relate to. Also Kim Kang woo looks like the older version of Kim Joo Hyuk (Tae Swoon in School 2017) and he was great in Circle. So despite it being a long weekend drama I might have to check this out.

You had me at Jung Sanghoon & Kim Kangwoo :)

I’ll definitely be tuning in for this. I love the way Korean dramas, in recent years, have been used as a platform for questioning/challenging long standing societal norms and assumptions. I’m interested in seeing how this writer and PD handle the problems faced by single career women in Korea, which is still a very socially conservative society.