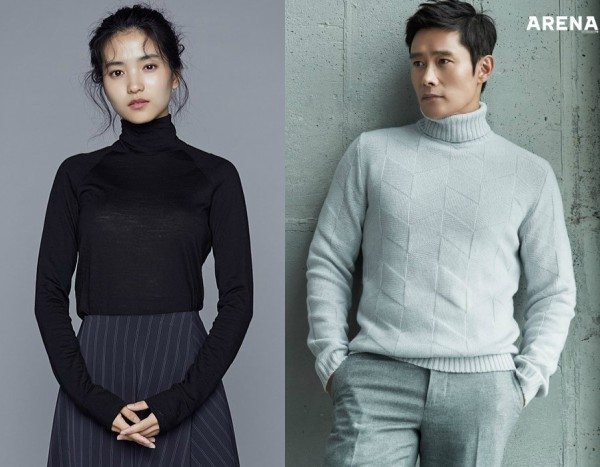 Mr. Sunshine, the latest buzz drama from writer Kim Eun-sook (The Lonely Shining Goblin), only just went into filming in November (despite having been in the works since January), which has delayed the production schedule and thus the broadcast schedule. What was supposed to air during in early 2018 has been moved several months, which means we’ll have to wait till midsummer to catch the blockbuster period romance.

Taking place during the early 1900s, Mr. Sunshine stars Lee Byung-heon (Master) and Kim Tae-ri (The Handmaiden) as a Joseon-heritage U.S. soldier and an aristocrat’s daughter, respectively. Lee Byung-heon’s character originally thinks his country abandoned him when he’s taken forcibly by the U.S. expedition in 1871, but when he returns to Joseon years later, he becomes involved in a national movement to oppose the growing influence of Japan on his homeland.

There are high expectations for this one, especially because it comes from the PD-writer duo that created drama sensations The Lonely Shining Goblin and Descended From the Sun. Moreover, it’ll be Lee Byung-heon’s television comeback after a nine-year drama hiatus (his last was spy thriller IRIS), during which he expanded his filmography and repertoire to include multiple Hollywood films, and Kim Tae-ri is currently the Chungmuro It girl after her strong performance in The Handmaiden.

There are also a couple of additional big names in the cast, including Yoo Yeon-seok (Romantic Doctor Teacher Kim), Kim Sa-rang (Beloved Eun-dong), and Byun Yo-han (Six Flying Dragons). So all around, everyone seems to be looking forward to Mr. Sunshine, which may be why the production team was insistent on not compromising the quality of the project due to timing. In any case, I’m excited to see another Kim Eun-sook drama with her characteristic big romance and quippy dialogue.

Mr. Sunshine is now slated to air next summer on tvN as a Saturday-Sunday drama at the beginning of July.

with all the sexual harassment cases, i will kinda avoid dramas where old men try to hook up with young girls for the foreseeable future. so thanks for getting delayed

Yeah seriously. Why did they cast him ugh

So you hated Goblin as well, I assume. Eun Tak after all was a minor when a 100 year old guy started to actively pursue her.

didnt watch it. just like some people who dont watch noona romances just because they are noona romances, i also dont watch ajussi romances. something just irks me while watching. well dont mind me. personal choices and all

Bingo. The fact that Eun Tak was High schooler makes you cringe. It’s disgusting in fact. They could her like KGE actual age.

Unnieya, it's not too late to remove Santa from your drama though. Just saying.

Well, I guess it's a good thing. How did it possibly get delayed for almost a yea, though? Was it building the set?

I read earlier this year that the broad casting station (or some huge entity involved in the project) pulled out of the project because the money Kim eun sook was asking for to make the drama was too much so that may have played a factor if its true!

It's SBS, they said they can't paid too much for a drama.

What sucks about this show is that it sounds exactly the kind of drama I would love (period romances are my kryptonite) apart from the writer sucks and LBH is totally miscast. *sighs*

To air this drama is utterly irresponsible. If Korea doesn't want to see its neck firmly back under China's boot, it shouldn't ignite public sentiment against its two reliable allies. Young people who have no memory of the past will be deluded.

Could you elaborate? You seem to have more info .. what are the 2 reliable allies? US and Japan?
Why would an american soldier of Korean origin ignite public sentiment against the US?
Do Koreans really regard Japan as a reliable ally?
Thanks for your insights

Koreans, Japs, Chinese all make films about colonization. There have been plenty made already. Doubt this drama will cause any issues lol.

Just put a bromance for the second leads since any of them with LBH is more unbelievable than the main couple. And I will wawatch every episode (damn my love for bromance 😂😂).
For KES drama, no bromance, no me watching 😂😉😂😂😈😈😈

One of the things Kim Eun-sook does really well, and I think even those who don't like her agree, is definitely bromance.

I'll be honest, the only thing I don't like about this project is Kim Eunsook and her cheesy script (but damn, it always sells). I'm willing to watch a film w this brilliant cast thou.

A story that involves a romance between a centuries old man and a high school girl.

Goblin was super sloooooooow , slow pace, slow mo, like during the thump thump poetry I had my eyes ***rolling in cringe*** like you knew she had to pull out the nearest book and paste it in any random part of the script. I never finished that drama bec it took away much of the time I could have spent in something else worthwhile.

Her only great work was Lovers in Paris (which was worth a hundred rewatch). Cheers.

Yeah a film with the cast sounds nice. Kim Eun Seok's cheese filled script doesn't fit these people. But then again all the actors involved are undoubtedly talented so it might just work.

I can't watch this man romance a younger female on screen and not want to vomit given his personal history. I wish they would replace him with Won Bin.

I can't watch MGL because Park Si Hoo, so I can't watch this too, no matter how it success. But I really want to see other cast..

Given the huge budget required for it in addition to some of the distaste for LBH, this drama would be better off as a movie.

I hope this doesn't suck up all of TVN's money since I like their dramas and I need a Signal season 2.

I was hoping Lee sung gi as the male lead when I read the story for the first time. Anyway, I've got this in Hong sisters's drama which I liked the most.

i cannot watch this. I'm so done with LBH. I never really saw the draw for him and I find all news about him disagreeable and I have no need to see him in a drama. I wish they'd have thought the casting through.

They probably should make it a movie though. What kind of drama is so expensive that SBS can't be bothered?
TVN better have made its calculations right. All the best to you!

“There are high expectations for this one, ...”

Are you sure? I for one have no expectation for this one. The premise sounds boring as hell, and with LBH and a girl so many yrs his junior... sorry i cant feel any excitement ir anticipation at all.. ive already dropped this from the moment the cast was announced...

sad that it got delayed. i'm so looking forward to a fresh of breath air that was Mr. Sunshine with it's solid cast, cinematography & story. The setting is early 1900's which reminds me of SJY's the "Last Princess".

KES's writing fashion in an unchartered era is another thing to watch out for. No matter how others dislike her screenplays, I found it serviceable than others.

I really hope the production company would support it's development so viewers can have great cinematography. I cannot imagine the cost but i'm confident they will get their return. with Kim Eunsook & Lee Byunghun as attached, no doubt about that.

It would be long before I can find myself as if watching a film in a detailed version. I hope a worthwhile good drama would come along soon.

Not a huge fan of KES but I enjoyed Goblin, and this sounds interesting, so I'll be looking forward to it and KTR and BYH. I can only hope it getting pushed back means more time to make the drama better.

To be honest this Drama does not call me at all, but who knows maybe next year I change my mind but for now, I don't plan on seeing it.

Can't really get overly excited about this due to LBH, but I did like Goblin despite it's flaws so maybe I'll check it out when it airs just to see how this turns out.