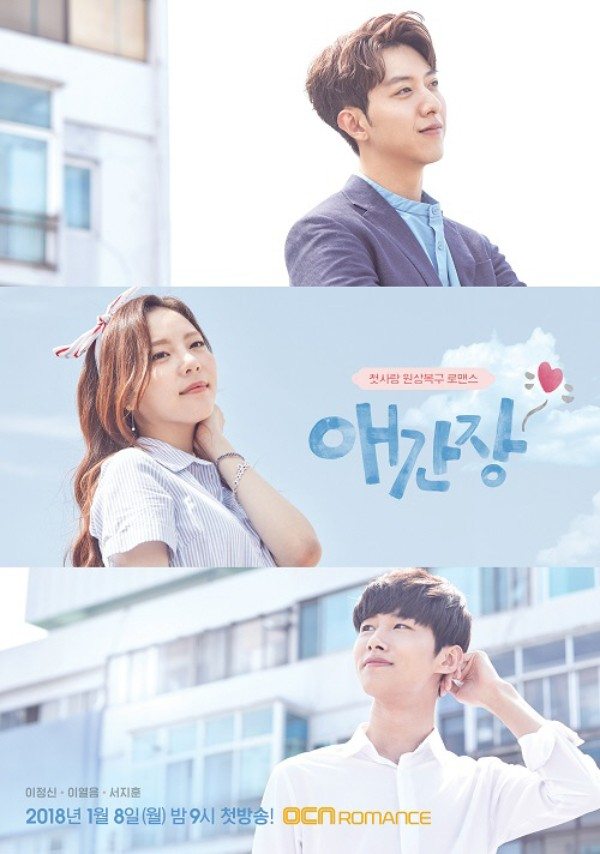 The first teaser has been released for first love story Longing Heart, starring CNBlue’s Lee Jung-shin (My Sassy Girl) as Kang Shin-woo, a man who hasn’t been able to forget his first love. He finds a portal back in time to his high school days when he first met her ten years ago. Lee Yeol-eum (Monster) plays his first love, while Seo Ji-hoon (School 2017) plays his younger self.

Based on a webtoon by the same name, Longing Heart already looks to be a hoot as the present Kang Shin-woo and his past self compete for his first love’s affections. She’s lovable, intelligent, and beautiful—no wonder he falls for her! In the teaser, Seo Ji-hoon sees Lee Yeol-eum for the first time as she’s sleeping on the bus, and he feels his heart flutter. Lee Jung-shin’s voiceover says: “The past can change, and it will change. That’s why I’ve come here.” And romantic scenes between Seo Ji-hoon and Lee Yeol-eum switch to feature Lee Jung-shin in Seo Ji-hoon’s place.

That’s all we get from the first teaser, but there has been more specific character and casting information released. Lee Tae-sun (Queen of the Ring) and Jo Seung-hee (Rebel: Thief Who Stole the People) will play two characters involved in the complicated romantic triangle between the two Kang Shin-woos and their first love.

Seo Ji-hoon and Lee Yeol-eum’s high school friends will be played by Do-hee (Lingerie Girls Generation), Kim Min-seok (Strongest Deliveryman), and Lee Joo-hyung (Madame Antoine). And last but not least, Kim Sun-young (Because This Life Is Our First) and Song Ji-hyun (Andante) will play supporting family roles in the drama. 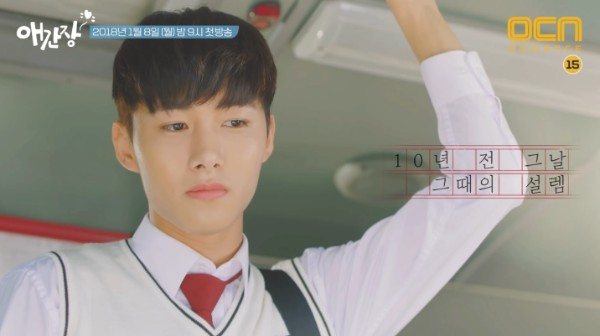 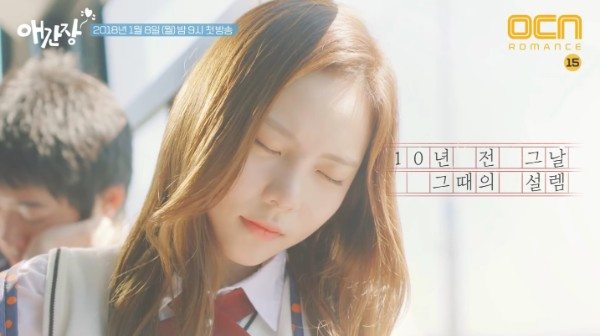 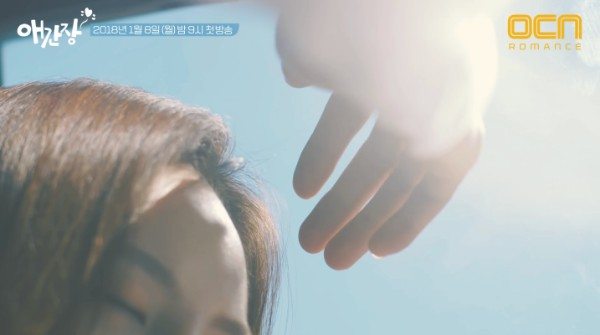 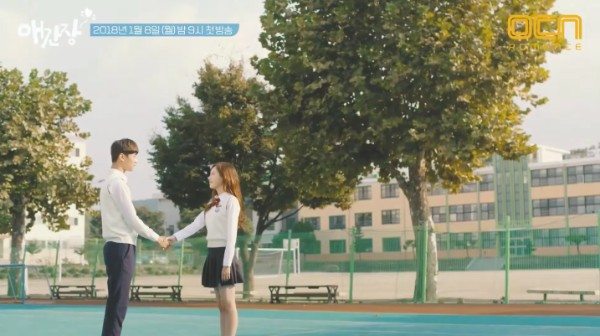 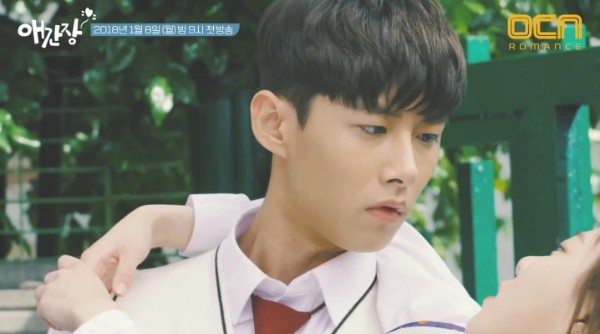 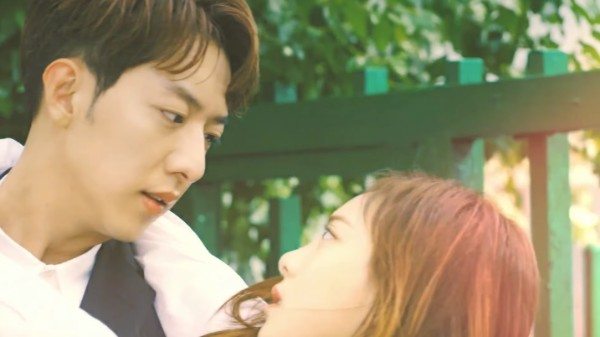 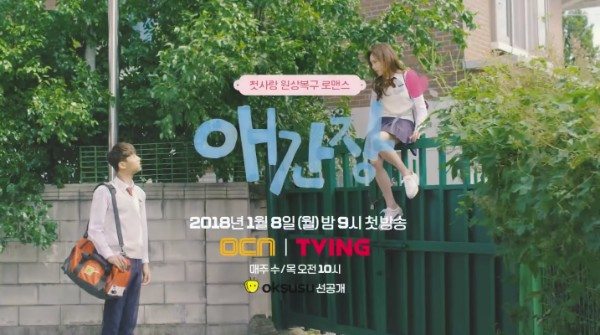 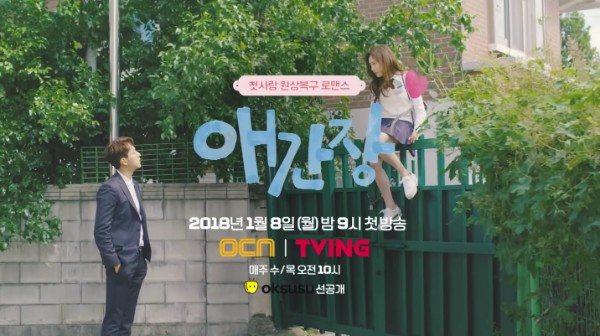 Looks like Kang Shin-Woo did a nose job after graduating high school.

Looking forward to see this drama, mainly because it has 8 epi, so the plot will be fast-paced. Like both male leads too. ❤

This looks really cute, but there is one thing that concerns me... this sounds like he's going to be an adult when he is sent back in time, and, regardless of their history, an grown man wooing a high schooler is all kinds of ick... :/

Took the words right out of my fingers...

Exactly my concern as well. :/

This looks like it’s going to be all kinds of fun!!

Why can't he just help his past self get the girl instead??? The thought of a grown man trying to get a teenage girl makes me very uncomfortable

I sincerely hope this is how it goes and those teasers are just misleading us.

Me too. If it’s too will watch the clips of bb Seo.

not a fan of flirting with high-schoolers (exactly why I absolutely hated Goblin) but this premise is nuts and I'm sure they won't make it end-game. Blah blah blah he could have had had her cause she was also in love with him this whole time, whatever! Bring on the hijinks!

well, the idea of the may-december affair is (?) and to think that in this case — the premise says that the past and present guy is/are fighting over the first love — is quite disturbing.

as for Goblin, the may-december thingy is in the plot but not to be a romantic pairing, initially. The goblin is after the "goblin's bride" who can end his suffering — that's it. OK, it turns to be on the 180 as the goblin starts caring, BUT the romantic stuff kicked in when the girl is already a professional and ideally their age gap is within the 5 years.

yeah but by the end she's a young girl again and I'm just not here for this. I was getting the same vibes from the main actor as from the 40-smth guys who'd flirt with me at work when I was a bartender at 19. *shiver shiver* I mean you go like what you like, but my personal experiences don't let me enjoy ahjussi dramas.

how do you define the age when a person becomes an adult and is capable of making their own choices?

If someone is flirting with you (irrespective of age/gender), if you don't enjoy it .. blast them off.. but if you do enjoy it..then onus is on you right..??

How is this any different from saying that a woman should not hit on another woman or a man shouldn't on another man? or a married people if frustrated should never seek divorce.. because its all so icky (for someone out there..for some cultures)

and to add.. if you blast off..and that person comes back to trouble you (even if it means staring).. then that's serious issue.. to take action against or precautions..

hitting on someone at work is fucked up, but it's double fucked up when you're in the same age range as that person's parents. the age gap bothers me a lot less when it's between people who are done with their education cause that's when you generally have a grasp on your personality, preferences and ambitions.
I'm not saying the Goblin dude was a predator or something, I'm just saying that the power imbalance felt too big and too familiar to let me enjoy him in any way.
and like... thanks for the advice but this isn't how service industry works where I live. you smile and you play along and pray they go away.

When is say "you:".. i don't mean you literally.. i should have used "one" for a general 3rd person reference..

No service industry works anywhere on being impolite.. why do you think women don't confront eve teasers also??

My problem is not with your personal preference.. but even when goblin was airing.. everyone made this age gap more of an issue seemingly on biases rather than on logical argument..

i appreciate you atleast have some clarity in terms of having a definition of when the individual in the love equation has the choice to make (education) .. which in Korea is 20 yrs.. or 18 in west.. so by all those calculations the drama still didn't cross the limits..

again not trying to convince you.. i just don't understand the generic statements that people make where age difference is just icky without a rationale

eh, honestly the Goblin is 900 years old or smth so even if he was being played by a teenager as well I wouldn't be ok with it. if the drama started when she was a Real Adult with a job and done with school (uni included) I wouldn't feel grossed out at all. anyway this is way too long a thread, let's end this here :)

I was referring to actual real life 40+ 50+ guys who were hitting on me when I was a teen. I felt that same kind of power imbalance with Goblin.

One way for the premise to make sense is that his past self in forming a relationship with the girl, caused a bad accident or for her to die. (if this is a melo heavy concept - maybe the relationship caused her to get depressed and she committed suicide)

So his time travelling self is trying his best to prevent that relationship from ever developing in order to save her life. Although he may realize that an adult romancing a high school girl is wrong, it could be his only means to avoid an even worse outcome.

Watching it for Seo Ji Hoon whom I’ve liked since Solomon’s Prejury. I can’t wait for him to keep growing and work up to lead roles. He was a hoot (though a bully) in the kbs special.

Also, this being the next OCNRomance drama means its doomed for failure, right?

If you watch next teasers it seems he goes to past time to save that girl from a car accident & he keep telling his younger ver " go & confess, don't hesitate" but the problem is that girl fall for his old ver & rejects the younger one