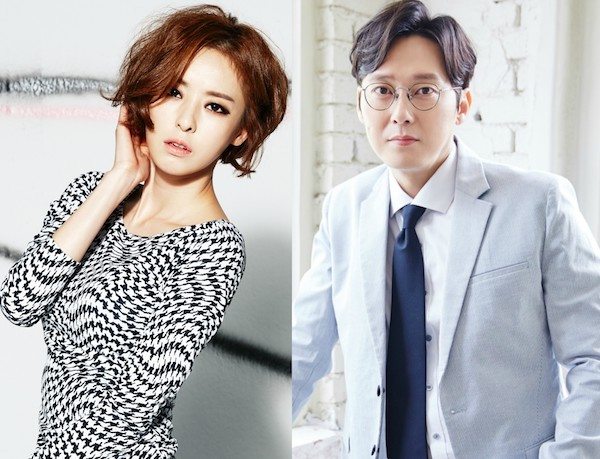 I can’t believe it’s already been three years since Lee Da-hee’s last drama Mrs. Cop, but apparently she’s thinking about returning with the second season of crime procedural Mystery Queen. Kwon Sang-woo and Choi Kang-hee are reprising their roles as the gruff cop and housewife-detective partner duo who solve cases together. In addition, film actor Park Byung-eun is considering an offer to return to the franchise; he was in the first season, though he’s probably better known to audiences through his recent noteworthy turn in Because This Life Is Our First.

The role that Lee Da-hee has been offered sounds interesting—most days, she’s a pastry chef who bakes cakes and manages a chain of bakeries across the country, but once a year she performs in a play as an amateur theater actor. Will she become the third leg of the partnership that Lee Won-geun has left empty? According to her character description, it says that she’ll help Choi Kang-hee with her cases and help Kwon Sang-woo with his life problems.

On the other hand, Park Byung-eun is set to play the second team leader for the violent crimes department, whose inner thoughts are opaque to all. No one knows if he’s on the side of justice or corruption, but he’s adept at wielding the power of the press and politics to solve his cases. He’s got an “If you want to get a job done right, you have to do it yourself” mentality and does not trust anyone with his cases. After his adorkable role in Because This Life is Our First, I’m not sure if I can imagine him as this mysterious morally ambiguous policeman, but I’m happy to see more of him onscreen.

KBS drama Mystery Queen is slated to begin in February 2018, after the end of Black Knight.

INSPECTOR WOO IS COMING BACK??? YESSSS

This was one of my absolute favorites from this year and I am smiling like a lunatic because not only will we get a second season with the same leads, but also get to have fan-favorite casting yaaay!!

OMG I luffed his character. He was super shady as a superstar detective. He wasn't above using media play and white lies to achieve his goals but he brings extra brains to the table and treats our ajumma as an equal in case-solving. I would like to see more of their competition. (Lord knows Wanseung isn't a worthy rival in the brains department. Hahaha... still, I love them all!)

Also yes please to Lee Da-hee's role! I remember when S1 ended we were hoping for an Irene Adler who's a master at disguise and will keep Seolok on her toes.

I'm so happy!!! We just need to get Detective Crinkles back and it'll be perfect.

I'm so happy this is getting a second season <3

Actress who solves crimes , can cook and Helps our cop solve his problems.... hmm, sounds like any shipping between grouch and Ahjumma is sunk.

I thought MC2 was more recent than 3 years ago. Found this... is it wrong?

I love Lee Da-hee, so this is basically a dream come true. Consider the Lee Won-geun hole in my heart filled.

Very much looking forward to Season 2 and hoping that the story will have a sense of closure even if the writer wants a season 3 (still feeling the residual annoyance from the S1 ending and the trauma from the likes of Age of Youth.)

Park Byung-eun was excellent as Profiler Woo but CEO Ma has won so many of hearts this year. Can we please get a Esom cameo preferably appearing on her bike?

An Esom cameo would be awesome!

I'm SO happy to hear any new about Mystery Queen 2! Anything to assure that season 2 is still happening!

I hope they both accept! I saw Park Byung Eun for the first time in Mystery Queen and really liked him as the mysterious Profiler Woo.

12 bebeswtz❣️Xiao Zhan is the sunshine in human form ☀️

I honestly don't remember Park Byung Eun from season 1..... Wait... WAS HE THE JERK POLICEMAN/PROFILER/PSYCHOLOGIST GUY THAT APPEARED IN THE LATTER HALF OF THE DRAMA?!!?! Was that him?!

Yup! That was him! He was a jerk to Seol-ok, but I warmed up to him when Wanseung got him to sneak him out of police questioning into an ambulance.

They showed him on tv in the first half as the profiler whose show Seol-ok really likes to watch. He had a cheesy pose and Wanseung copied that pose during an interview

Gosh that was hilarious! He kept ranting about how real cops don't prance around in front of the media but when the cameras were trained on him he gave in to the cheese after all XD

The power of the press and media XD

Darn! I gave up on MQ....now it looks like I'll have to finish watching it while desperately not thinking about the plot holes...sigh...

Park Byung-eun! Yess! Love him and this show

Ok, i am shocked at myself , that i didnt know that actor who played Inspector Woo, also played CEO Ma's role in BTLIOF. OMG. No wonder, when i saw CEO Ma, i was like where did i see this guy before. and FINALLY today i got the answer.