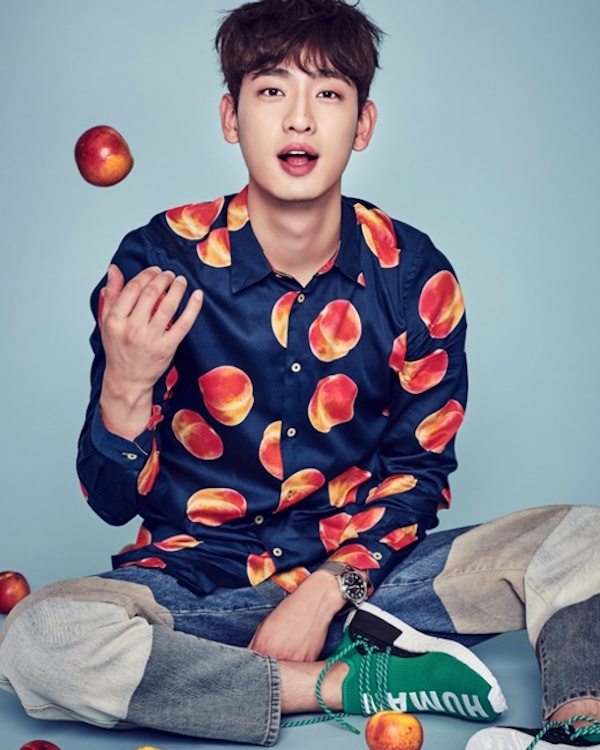 Actor Yoon Park (The Package) is currently considering an offer to star in Radio Romance, the KBS drama that’ll star Yoon Doo-joon (Let’s Eat 2) and Kim So-hyun (Ruler–Master of the Mask) as an immature top-star-turned-radio-DJ and his radio show writer who has an enduring patience and optimistic outlook.

The interesting part about this plot is that the top star doesn’t know how to go off script. He’s been fed lines his entire career, so he freezes up when he doesn’t have that safety net, so while the radio show’s writer recruits him to host the show, it never goes according to plan. The writer is excellent at everything and has great perseverance, but she’s bad at writing, which is unfortunate because that’s her job. But through listening to the stories of their listeners and interviewees, they learn how to patch up old wounds, and along the way they fall in love.

Yoon Park has been offered the role of the radio show’s PD, a man with high skills but so much fervor toward his work that he ends up micromanaging and receiving the hate of his staff. Yoon Park’s agency, JYP Entertainment, revealed that although he’s reviewing the offer, nothing has been finalized.

KBS Monday-Tuesday healing drama Radio Romance is currently on the schedule to follow Jugglers in January of next year.

Hmmm I feel like Yoon Park is always second lead. Or at least in the dramas I've seen him in. I suppose he always does a decent job and he's pretty to look at? :D

But I am interested in this drama---love Doo-joon and Kim So-hyun.

Was rather sad that he wasn't in Age of Youth Season 2 except for that cameo but glad he's in something new.

Check him out in the recently released The Package! It is a wonderfully heartwarming drama with gorgeous cinematography.

Lol when I first read the title I thought he was signing on to be an actual PD- not a PD character and it confused the heck out of me!

This guy needs to headline his own drama. Oh well, maybe someday with Yoon Sunbae 😉

Oh, so the Yoon Doojoon - Kim Sohyun pairing is really a go then? Hmm. I dont how to feel about this.

I really love both actors separately but I don't think I'll be comfortable watching them together, especially when Kim So-Hyun is still a teenager. I rarely watch a drama in which the leads have a large age gap and the only ones I can recall watching and enjoying are Because This Life Is Our First and Witch's Romance. And the leads in those dramas were adults and had been for a number of years. I'm all for people having relationships with whoever they want but for some reason large age gaps make me really uncomfortable. Is there a way to get over this? Because I really want to...though maybe not for this drama...since she's barely of legal age.

18 is legal age all over the world and also according to the UN Convention on Rights of the Child. They are full faculty adults at 18.

There are other actresses that I can imagine they would do well in this drama instead of Kim So Hyun, this is truth. But what is done is done.

You can always chose to not watch this drama. It's a matter of choice.

An young actress can be in an entire drama of 16+ episodes without having to do serious hot kiss or any intimate scene.

KIM SO HYUN is not a teenager anymore. Stop seeing her as a teenager. She have done love relationships without seriously kissing or having any kind of personal intimacy with any of her co-stars. Her innocence is protected if that is what worry you the most. I'm sure in this drama there will be no hot kiss or any intimate touches. Her innocence will not be tainted.

I can't stand this mentality of always infantilize Kim So Hyun shared by some people.

I agree with what you've said that Kim So Hyun is an adult and I'm not one to worry about her innocence or her anything since she's fully capable of taking care of herself.

I guess what I wanted to say was that I am the one who feels uncomfortable when I see that a couple has a large age gap (whether in real life or in a drama) and I want to not feel uncomfortable by that. It's something that I need to get over/fix and I'm not sure how to go about it. I guess I've gotten better since BTLIOF had two couples with a large age gap (8 years in the show for both couples, and I think for Su-ji and Sang-gu the gap is more than 10 years in real life) and while watching the drama I wasn't thinking about their age gap at all. Or, if I was thinking that at the beginning, I wasn't by the end. I guess my mind thinks if there is a large age gap (and what constitutes a 'large age gap' anyway???) between the people in a relationship that there must be an inequality of some kind between them, which I know is a stupid thought as it's not the case for all couples. And I have no right to say anything about how other people live and I should be more accepting of what people choose to do with their lives... But the uncomfortable feelings take time to deal with...so aaahhhhh... I think I'm putting my foot (or maybe both feet) in my mouth! I'll just stop now and go back to lurking maybe???

I don't think leads in both drama you mentioned have huge age gap? Both couples only have 4 years age difference though.

I think I meant that in the show there was an 8 year gap, which I wasn't thinking about at all by the end of the show. :)

I'm still waiting for Doo Joon to be reunited with Kim Seul Gi and do an actual full length drama together. Splish Splash Love was soooo GOOD!!

Damn that line is getting old. How bad of an actor do you have to be to have chemistry with only one actress? Did he have no chemistry with anyone else before or after?

Um...sorry but if I'm not mistaken, the tone of your message sounds a bit...annoyed?

I haven't seen any of the other dramas that Doo Joon has been in aside from that webdrama (just because it was short) and really loved those characters. I have heard great things about his chemistry with other actresses, just I have no opinion on them because I haven't actually watched any of those dramas. I was merely voicing my hopes to see him in another drama series with Kim Seul Gi because I enjoyed that pairing, so please don't misinterpret.

He had chemistry with other actresses, it just wasn't as great. Splash Splash Love was 2 episodes long and their chemistry was so good that people wanted more. I assume you haven't seen his other dramas since you judged his acting and had to ask about the chemistry between him and other actresses. He's not a great actor, but for an idol who started with small roles, I'd say he's doing good.

PLEASE ACCEPT!
I honestly haven't watched a lot of Yoon Park, but whenever I happen to see him, I love him. I think this role suits him, I hope he'll accept. And hopefully he will get a leading role for his next projects, he deserves this.

I'm really looking forward to this drama. The Doojoon-Sohyun age gap does bother me, but the premise is too good to be missed.

Well everyone associated with The Package has earned my viewership for their next project no matter what it may be. I'll give it a go if he's in it (and probably even if he isnt. It sounds right up my alley)

Wait, how old is Kim So Hyun...or should it be how old is Yoon Do Joon?

I don't really mind large age gaps(as long as it makes sense) and in the past I used to be downright irritated by all the hullabaloo over it. But the recent revelations about the industry and all the standards...you know what I mean, it just made me pause to think about the implications.

Anyway, I'm sure So Hyun will be fine. She paired well with Tacyeun(who would've thought, huh?) so will see. Let's hope the writing holds up.

Kim So Hyun is 18 and Doo joon is 28,internationally.

Ah, so ten years? Not as much as I expected, but still significant since she's barely an adult. Though So Hyun is experienced in acting with much older actors, so we'll see.

and she acted with Taecyeon, who's a year older than Doojoon though i didn't see Let's Fight Ghost to comment on their chemistry.

3 people I like in 1 drama,almost...but I might end up lowering my expectations *side eyes* "Temperature of Love"

Great to see him in another role! Hope he will get his own loveline too, maybe among his staff who from a hater to his lover? LOL.