[In Defense Of] The human connection 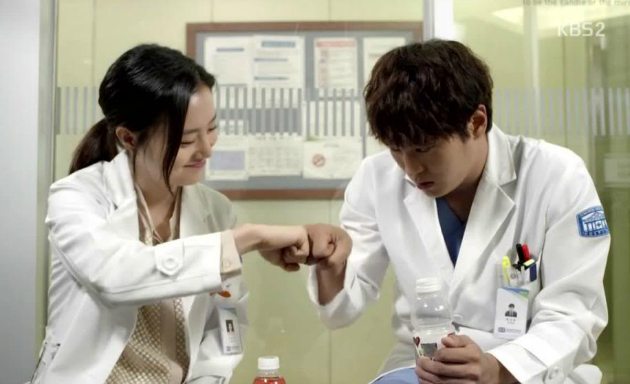 I have a liking for medical dramas. Okay, let me say that again. I absolutely love medical dramas. The first medical drama I watched was Good Doctor, and after having just recently been introduced to the wonderful world of K-dramas at the time, it felt amazing to me.

I loved how the young new doctor Park Shi-on managed to connect and communicate with the little girl who was raised with dogs, the same way he did with Rabbit when he was a boy. Back then, maybe he wasn’t ready to bond with a human being. The human beings in his own little world were way too cruel. But he grew up and learned how. I love how he actually saw his patient as a human being, worthy of love and care.

He worked against the odds and did what no one thought he could do. The girl was a human being, and he was a human being too. Both broken in their own ways, but forming an unlikely bond. That connection he felt with the girl was a such a beautiful human connection. One autistic and the other abused, yet at the very core, still people who could learn to connect and communicate with each other. 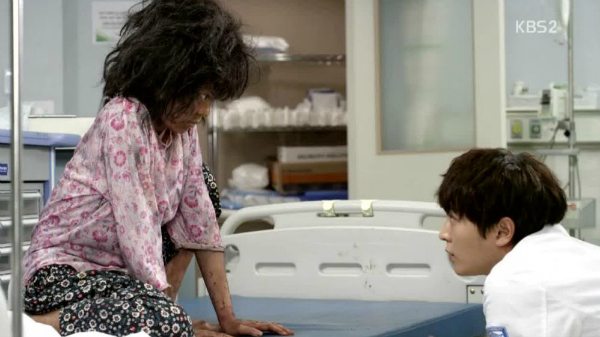 When I watched it, I felt so strongly that I was riveted to the screen. It was so compelling, so touching. Back then, I couldn’t describe how I felt. I was too young to explain it. But I remembered that feeling and now, finally, I’m putting it in words.

Another thing I want to say about this drama is how inspiring it was to me. Back then, I was undecided about what I wanted to be when I grow up. All my friends wanted to be managers or CEOs, things like that. But when I watched Good Doctor, I made up my mind instantly—I’m going to become a doctor. I was so excited about wanting to be a doctor and touch other people’s lives that I was going on and on about the subject for days, drawing pictures of myself in a long, white jacket with a stethoscope around my neck. I even did some research of my own. I interviewed every adult in the house, asking how to become a doctor. After that, I resolved to study hard and achieve my newfound dream to become like Park Shi-on—a true doctor. 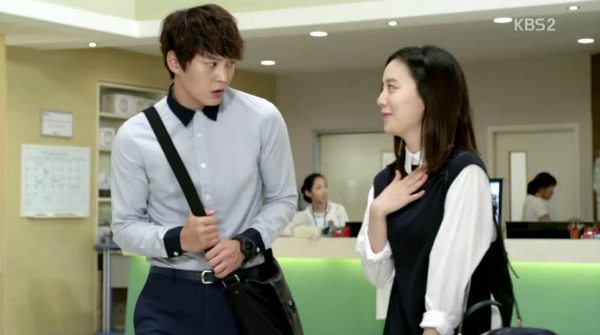 Good Doctor may not have been the perfect medical drama. I know it must have had its flaws. Lots of people didn’t really like it. But it was my first medical drama, and when I experienced that special something—whether a new feeling or a resolution—for the first time, it didn’t matter how good the drama that provoked it was, its popularity, what it wanted to be, or what it could have been. It touched me, left a deep impression on me, and that’s what matters.

So, in defense of Good Doctor, I’ll say that even though it isn’t the best drama, it was definitely enough for me. It inspired me to work hard to fulfill my one and only ambition—to make human connections the way Park Shi-on did, which he proved was not only possible, but also extremely rewarding. 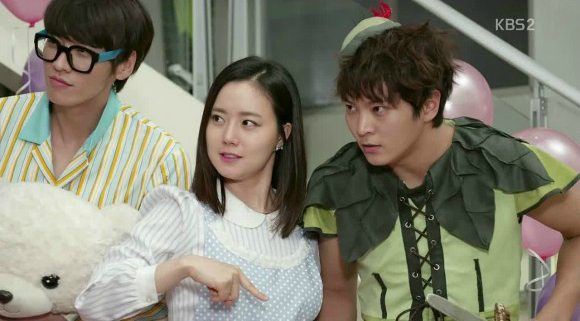 My Joo Won oppa....
I'll probably watch this drama when I'm missing him enough. I've heard a lot of good stuff about this drama by korean people in 2d1n episodes back then, so it'll be nice to compare it to the negative thoughts of international viewers 😅😅

I enjoyed Good Doctor when I watched it back in 2014 despite its flaws. I think it was actually my first medical K-drama, too! And it was my introduction to Joo Won. It did drag at parts, was unrealistic much of the time, and hospital politics always make my eyes glaze over, but I remember liking it overall.

I love everything you said about making human connections. In that sense it really was a very nice story, and it is easy for me to see why it was quite popular (in Korea) because of that very aspect of the show.

Ah, now I miss Joo Won. Again I realize how many of my favorite actors are doing their military service right now... :(

I totally forgot about it but you reminded me about how the drama portrayed a beautiful story.....thanks for this...

I like your name. Goes with what you wrote about.

Although it had its flaws, it is a drama that will remain with me years down the road because of how it healed me at the time that I watched it. It's like when I listen to Love Medicine by Joo Won. There is a sense of warmth and innocence I get from that song and Joo Won's voice I can't explain. It makes me happy. It is the same feeling I get with Good Doctor and Park Si-on. I am glad that it inspired you in so many ways. At the end of the day, those are the things that will continue to matter.

I’m watching the American version of The Good Doctor now, and love its take as well. Freddie Highmore is a revelation. I only watched the first episode of the Korean version, but intend to see all of it now, thanks to your write up, Grace! I am missing the tug on my heart that I get from kdramas. I have a love-hate relationship with medical dramas because I love this human connection, as you eloquently pointed out, but cringe at the technical inaccuracies. I hope you’re well on your way in becoming a physician. It’s the most rewarding job ever. I just have to brag on my patient today who almost died at 28 years of age and is now thriving due to doctors who are committed and her own tenacious spirit, being compliant to everything we’ve asked of her. This is how far the human connection can get you, not just in medicine, but in life as well!

i loved this drama and how joo won portrayed the character. i am a nurse and i was ok with things;not too far out nor too weird, or should i say not noticable cause of watching his riveting performance. i love medical dramas to see how accurate/far fetched they are but when then actors bring their talents to portray human emotions and relationships it makes it all worthwhile. although, i just could not get thru hospital ship.

Actually, this is the only medical drama (ever!) that I have been able to finish and, thanks to your lovely post, I really do think it is because about the magic of the human connection that drew me in :D

sorry haven't watched it but based on your review it is a nice kdrama. doctor stranger and romantic doctor teacher kim are some medical romance tv series that inspired me, for the former it is the dedication displayed by the main character to what being a doctor really means and for the latter the survival of a doctor who inspires his juniors on how to sacrifice something for the noble good.

Romantic Doctor Kim is my favorite medical drama, ever, in any language.

I haven't watched this show but hearing about how it inspired you makes me want to. I'll definitely be checking it out.

I thank you so much for your defense. I also loved joo won's Shi-on. I already knew him from Tomorrow Cantabile, which I simply watched first, and I was amazed by his performance. He is a wonderful actor. Also, some topics touched in the Good doctor really got me inside, just like you mention: the human connection and the human factor, and his total commitment to save patients.
I remember I hated the hospital bureaucracy, but I liked Shi-on and his beautiful soul. You never find a doctor like that in the real life.

Thanks Grace for writing this. It's one of the dramas that I've been avoiding so far, but now I'll give it a go!

Inspirational would probably be the one word I would use to describe Good Doctor. I guess for someone whose first medical drama was ER, you might say that this Kdrama doesn't have the fast pace of typical American medical dramas or the sexiness of Grey's Anatomy but I think it is the heart that it appeals to. Whatever the criticism levelled at it, at least it showed doctors are humans, not god's, even if we may stand in awe of their life saving abilities. I'm close to walking normally again because of the surgeon and various doctors as well as medical staff who helped me so I'm always grateful for professionals who put in so much to save others!

Kudos to doctors and medical professionals!

Thanks, Grace, for your essay and putting GOOD DOCTOR on my radar. Joo Won is one of my faves. I've been holding off on GAKSITAL, but last summer marathoned both BREAD, LOVE AND DREAMS and OJAKGYO FAMILY.

I don't know whether you watched BEAUTIFUL MIND. I did, and loved it. It is another tale of human connection, along with scheming executives, etc. It will be interesting to see how Joo Won's character compares to Jang Hyuk's.

I enjoyed the Good Doctor. I found most of it sweet and light to watch.

I second Beautiful Mind as another good medical series to watch along a similar vein to Good Doctor.

Good luck with your dream of becoming a Doctor too! Fighting!