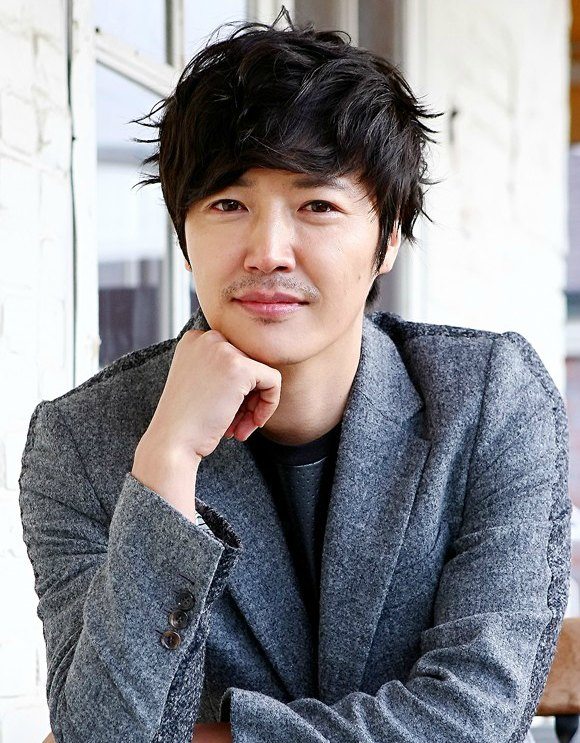 Yoon Sang-hyun (Perfect Wife) is looking at MBC’s new melodrama Let’s Hold Hands and Watch the Sunset as his potential next project. He’s considering an offer to be one half of the married couple at the center of the story, and actress Han Hye-jin (Warm Words) is up to co-star.

The new drama comes from PD Jung Ji-in of Radiant Office and veteran drama writer Jung Ha-yeon of Cruel Palace: War of Flowers, Queen Insoo, Flames of Ambition, and many other titles. It’ll tell the story of a married couple suddenly confronted with death, and how it leads them to look back on the time they’ve spent together and rediscover parts of themselves that they’d lost. It’s described as a healing drama about learning the importance of love and family.

Yoon Sang-hyun is up to play a geeeeenius architect who once shook up the architecture world, but he was so ahead of his time that he had trouble turning his talent into demonstrable success. With the help of his wife and father-in-law, he eventually sets up his own firm. One day, his wife suddenly presents him with divorce papers, and his first love reenters his life, which sends him into a tailspin.

But… you mean like a tiny tailspin in his own head, after which he’s a good husband, right? Because I refuse to spend an entire drama mad at Yoon Sang-hyun, so I feel like the answer to that question will determine whether or not I watch this thing.

Let’s Hold Hands and Watch the Sunset is set to air on Wednesdays and Thursdays in March, following I’m Not a Robot and the Winter Olympics on MBC.

Via IS Plus, Joy News

With such a long title as that, the first thing that came up in my mind was “My Wife is Having an Affair This Week” 😂😂 I mean that drama was fine even with it’s long title but if this one means that I have to hate YSH, the same one that made me laugh during Shopping King Louie and I Can Hear Your Voice, like girlfriday, I might have to pass even though I really enjoy his acting. But, if not, I’m going to give this a try and I’m really interested to see how this drama is played out!

Hopefully in the end he is the one asking the wife to hold hands and watch the sunset together.

That would be such a cute ending 😊 and if that’s how they ended the show, I would be glad spending my 16 (20?) hours watching it

Please let's keep it at 16, any more from this writer is torture.

Hm, I'm guessing Han Hye Jin's character is dying and that's why she decides to divorce him.

I think it is official. The only acceptable way to spell the word "genius" on Dramabeans is as demonstrated by girlfriday in this article.

This seems like a sad ending given the title "...watch the sunset".

No freaking way! Jung Ha-yeon is back? Someone heard his fans' prayers! 💖💖💖 Thank you drama gods!
He is 73 yrs old and I thought he went into retirement.

@juniper where the heck are you girl?

Gosh I also thought retired already. I was hoping it would be a sageuk, but never mind. I'll definitely check this drama after knowing who is the writer. Hopefully he will write a sageuk, probably before he retires.

I really wish this was a sageuk too but I'll take whatever. He is the reason why I took a history class.

OSKA! <3 I'm all for 'healing dramas' if they are crafted like Just Between Lovers. Also, I'm currently watching Radiant Office. I like this PD and the combination of heartfelt down to earth characters and slightly wacky comedy.

My biggest concern is the long title. Imagine the stress it will cause beanies and db staff to recap something like LHHAWTS? ;)

We all suffer through BTLIOF, so what's one more alphabet? Hwaiting!

Haha, true that. I'm sure I wrote BTIOFL or BTOFLI (ala Yoda) a few times in the comments section. XD

I love that you have a Yoda mode! I wonder when it usually kicks in? 😂

Oska is ❤, I think I only remember his name in SeGa and not quite remember other characters' name. LOL

I can stomach watching him being a bad husband again. I don wanna mad at him too.

Jung Ha-yeon writernim, thank you for coming back. Not only his sageuks, his makjang drama Flames of Ambition / Flames of Desire (I believe it was not Flowers of Ambition @girlfriday, or maybe that's another name) really set the high standard for makjang drama imo. I wish this one will be well-received, for the sake of him and MBC also really needs it.

This is year is shaping up to be my favorite since 2010. Some of my favorite writers and directors are returning to dramaland (yay).
Makes me feel old but I was just teenager back then lol.
First, PD An Pan-Seok and now writer Jung. I'm so glad they are back because I'm so tired of re-watching their old dramas.

I usually go with "Flames of Desire." That one drama that made Kim Yoo-jung my favorite child actor. Amazing acting chops and she was only 10 or 11 back then.

I hope he'll work his magic with Han Hye-jin in this drama like he did with so many others. Park Si-yeon, Seo Woo, Kim Hye-ri, Park Ji-young, Oh Yeon-soo etc.
The bad became decent and the decent actors became good and the good actors were at their best.

I'm kind of disappointed that he is going back to MBC with a Wed/Thur time slot. His dramas were my weekend favorites. The same time slot that "Money Flower" is on.

I swear they just loveeeee throwing the word geeeeenius around

Please God no, I don't wanna watch Yoon Sang Hyun be a bad husband/spineless and pathetic POS again(though he was a sympathetic and adorkable character in MT&NJG and IHYV). Why can't he play normal characters? For once, I'm asking for a conventional swoony lead(never thought I would) and please, no outrageous diva outfits(Shopping King Loius)!
On a more serious note, I admire his will to play all these non-shiny, sometimes even pathetic/loser characters. I wonder if he can play a straightfaced macho kinda role. I don't know if I can ever take him as anything more than a bumbling, a bit naive doof. I can't see him as a villain. Same goes for Kim Ji Suk(Personal Taste, Sassy Go Go) and Eom Ki Joon(Dream High, Life Investigation).

After seeing Eom Ki Joon play a villian in Defendant, I can't handle him playing a nice role. He was amaziinggg in that and INAR isn't doing him justice.

Wait, is he gonna cheat on his girl again?