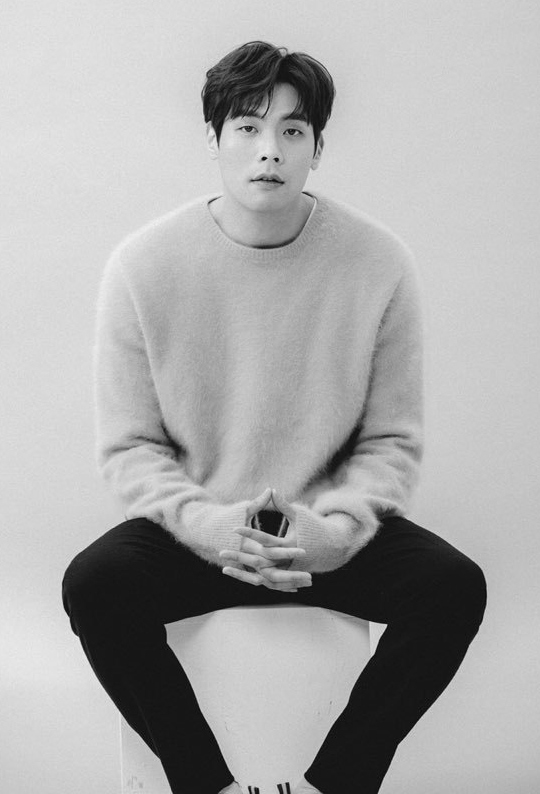 Daniel Choi (Jugglers) has confirmed his next role, a KBS drama series titled Today’s Private Eye that’s all about a private investigator who can see ghosts. It’s described as a horror-thriller, which makes me think this will be more like Ghost-Seeing Detective Cheo-yong than Bring It On, Ghost, but directing is PD Lee Jae-hoon of the irreverent and witty Chief Kim, so perhaps there’ll be room for a comedic touch, too. (Writing is Han Ji-wan of the kidnapping thriller Wanted, which I’m less thrilled about, although I did think Wanted had an exciting premise.)

Daniel Choi has been cast as Lee Da-il, a skilled private eye who began his career in the Army, but was expelled after reporting a case involving violence and corruption within the military. He has a sharp investigative mind and a tenacious spirit, and likes to do things his own way. He eschews the belief that one should be tough against the strong and easy on the weak, and instead has an uncompromising attitude. So: tough, stern, smart — the Daniel Choi special.

The character and his fearless assistant Jung Yeo-wool get caught up in a strange case after meeting a suspicious woman named Sun Woo-hye. We’re not told how exactly he catches ghosts, but I’m hoping for a nice fresh angle, since we’ve seen a number of ghost-catchers already in dramaland. (In addition to Ghost-Seeing Detective Cheo-yong and Bring It On, Ghost, I’m also thinking of Hwayugi, Arang and the Magistrate, Oh My Ghostess, and Master’s Sun.) Not that I mind more ghosts in dramaland — it is summertime, after all, which is prime season for horror dramas. I’ll… just be over here, watching ’em all through my fingers.

Today’s Private Eye will premiere at the end of August as a Wednesday-Thursday drama on KBS.

The only drama that I watched with him was School 2015 e he was so bland. I don't feel like watch anything with him. But I liked the premisse seems good, I will wait and see who wil be his co-star.

it’s been offered to Park Eun Bin but she’s hasn’t confirmed yet.

On the contrary, I thoroughly enjoyed his character in that! I've been wanting him to get another snarky, sarcastic character like that one.

Sorry, you are correct. School 2013.
Sometimes it's a matter of taste or expectation, sometimes is not even the personality of the character, sometimes for me something is missing, I think it happens with everyone... But there are several actors / actresses that I watched a drama with them and I didn't like it and then I fell in love with other roles that they played, so I always give a second chance, but the co-star and the story have me intrigued, you know?
And the director conquered my heart with Chief Kim, so I must see if he will do the same with this drama...

Yes, I completely agree, I also have actors I feel this way about. It's often just a matter of preference. I like giving actors a few chances to change my mind too. Ironically, a good example is Namgoong Min. He used to be so bland to me, but he changed my mind (even before Cheif Kim). Daniel Choi has been type-cast a bit and I know he wants to break out of the mold and do more comedy, so maybe this role will do that for him.

Same here! One drama where I thoroughly enjoyed every single character. The credit also goes to the very well written script and the richness of the plot. I loved how daniel choi and jang nara played the teachers and were not just there as supporting characters, like how school 2015 utilized the teachers, unfortunately.
So anyway yeah, the only time I liked daniel choi in anything. Probably that's why I couldn't warm up to his cheesy character on the boss drama lol.

I don't think I've ever seen him in a drama that I thought was any good. Even School 2013 was only 1/3 good and the rest was endless staff meetings. I'd be interested in seeing him in a really great a to see if he's actually good.

If the drama manages to spring a spark like Chief Kim I'm all aboard because CK bought a dry premise about an accountant-turned-manager to brilliant, new heights in terms of humour, plot and main characterisation.

Well, I for one am ready for some more of THAT 😍

I’ll… just be over here, watching ’em all through my fingers.

Speaking of fingers, how could his stylist dressed him in that sweater when most of his fabulous hands are covered?? Wai??
*still caught in the Daniel Choi manus haze after Jugglers*

I can not unsee that image ever ever again. It was also the first thing I looked at when I saw his name and clicked on the article! Help!

Daniel oppa, please lend us a helping hand!
Wait, does that help or make it much worse?

I'm not sure if I should give you a hand in making this worse. Pretty soon, you'll be adding serial killer to this.

Oh yes, those digits are killing me softly continuously for the past few months.

If the man is good with his hands I bet pervy noona won't object.

Obviously he will catch the ghosts with his bare hands. Right?

Hopefully, that and PD Lee will incorporate liberal use of the zoom lens for those scenes.

I can't take his hands seriously now. The beanie fanwall ruined it for me. *gigglefits*

I live in fear that someday I will need sling therapy. How on earth would I explain the uncontrollable giggling?

I THOUGHT I WAS THE ONLY ONE

*fist bumps (so no fingers will be hurt in the process)*

Far from it. The comment section of the Juggler recaps got interesting.

And one thing I’ve learned here is that you are never the only one.

Horror thriller sounds interesting but the execution should be really good to nail it. Also liked that he was fired for exposing corruption within the military, cause that takes guts.

Help! Another totally perfect role for Daniel Choi! But I would like it more as a nerdy and awkward type.

This sounds like fun.
It will be cool if it's a sort of horror-comedy too.

And yay! Daniel Choi is a fave. Forever Glasses Bae in Dramaland loll. I wonder if he'll do this show without his signature glasses look. I know he doesn't actually need them and he hasn't done a show without his glasses in a while. Things to wonder about hahaha.

I can't imagine him without glasses (even if the pic for this post has him without).

Lol, after he got his signature glasses look the few roles with him without became unrecognizable to me.

So glad that the news section is ALIVE again! This is my favorite section on Dramabeans and basically the sole reason why I used to come back here 4-5 times a day.

As for this news, it seams like KBS is scheduling quite a few shows to air in their lineup.

We're all still traumatised. Avoiding that PD like the plague.

But that PD was so good in both of his drama specials - Home Sweet Home and You're Closer Than I Think. Maybe his touch is more suitable for this kind of genre - melo and dark theme.

YAYSSSSSSSSS Daniel is back~ I didn't enjoy Jugglers as much so I can't wait for his next drama! Horror thrillers usually can't go wrong with me as long as there's comedic elements. *prays*

another angora sweater for @tsutsuloo!
; )

I just hope it won't be too horror-y. Thriller I like, but not horror.

Mr. I Adjust Up My Glasses With My Middle Finger! Long time no see! Yay for the new role from him, even though I'm not a thriller person.

Bring It On, Ghost's ghosts were the scariest.. Other ghost-themed Korean dramas haven't been as scary.