A man who was once a legendary NIS agent lives next door to a recently widowed woman and her children. The two get to know each other and work together to uncover a conspiracy in their midst that was tied to her husband's death.

A man who was once a legendary NIS agent lives next door to a recently widowed woman and her children. The two get to know each other and work together to uncover a conspiracy in their midst that was tied to her husband's death. 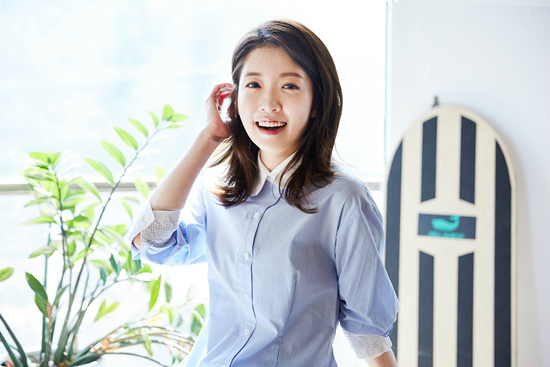 I’m pleased to hear that Jung In-sun (Woohoo Waikiki) has scored a big role with the upcoming MBC series My Secret Terrius, which puts her in the leading role opposite So Ji-sub (Oh My Venus), who signed on earlier this year. She’s one of those actresses I’ve noticed every time I’ve seen her, whether it’s a lead role or side character, whether she’s being funny (Woohoo Waikiki) or paranoid (Circle) or vengeful (Mirror of the Witch), so I’m looking forward to seeing her here.

My Secret Terrius comes from the writer of the upbeat comedy Shopping King Louis and is described a “spy romantic comedy” series featuring a mysterious neighbor named Kim Bon and an unstoppable ajumma named Go Ae-rin. (At 27, I’d normally think “ajumma” is a bit of a stretch for Jung In-sun, but she did just play a single mom in Waikiki, so I can sort of see it. The “unstoppable” part especially!)

In the drama, So Ji-sub plays legendary black ops secret agent Kim Bon, which seems like the perfect role for him. Go Ae-rin is the woman who is widowed suddenly who happens to move in next door to Kim Bon, and somehow she ends up working with him on getting to the bottom of a large-scale conspiracy. Ooh, I can see it unfolding already, and it sounds like it could be a lot of fun. Shopping King Louis really grew on me with its oddball sense of humor and sweet romance, so I’m hoping lightning can strike twice for writer Oh Ji-young.

My Secret Terrius is set to premiere in September as a Wednesday-Thursday MBC drama.

I'm so excited to see So Ji Sub on my screen again - and even better a ROM COM! YES!!

i second that! AND i already wrote it on my coming up list of dramas to not miss!

You go girl. i'm so happy for her

Aw, yay! I can actually see them being really cute!

Yeh she turned it down sadly

*sigh* I was looking forward to seeing her again. I guess I'll keep on waiting.

I'm not too familiar with Jung In Sun. I didn't get far enough into Waikiki to get an impression. I should get back into it.

Nooo, and now I lost all interest.

First Kim Yoo Jung and Yoon Kyun Sang, then Bona and Ha Suk Jin, now Jung In Sun and So Ji Sub.. All of them have one thing in common: 13 year age difference. Just a random observation. Don't really mind this one. Jung In Sun is cute and her acting is natural in Waikiki, i can't wait to see more of her.

I wish Ahn Hyo Seop didn't drop out of Clean with Passion for Now. A 4-year age difference is rare these days.

Jung In Sun has acting chops. She was superb in Mirror of the Witch and Circle.

Hoping I'm not jinxing it but reading “spy romantic comedy” my first thought was 7th level civil servant , a drama for which I had high expectations but dropped quickly -_- .
The age gap is quite off putting for me but on the other hand I loved Jung In Sun previous dramas so maybe she's choosing them right and I'll love that one too ? *fingers crossed*
thanks for the news Javabeans ^^

I immediately thought Level 7 Civil Servant too...god that show was a mess. Here's to hoping that this one is much better! I really like Jung In-Sun, so I have much higher expectations.

So excited for the potential of two oddball in a rom-com romp!

Although calling a 27 year old ajumma propels me to upgrade myself to halmeoni, and I am barely a decade older!!

Isn't it ahjumma is like Mam or Ms in English?

More ma'am than Ms, I think. Connotations of middleaged married housewife. So more like Mrs than Ms or Miss. Only no one ever says Mrs.

(Possible I am misinterpreting. Solely based on what I have gleaned from dramas.)

English ma'am doesn't have the connotations of ahjumma. I can't think of an english word with that connotation.

Spanish has one with same connotation but not English.

No, not all of them. It's definately not a direct translation. However, the first time someone called me ma'am, I felt just like all of those dramaland old maids who get huffy about being called ahjumma instead of aghashi.

I don't speak Koreans, but from what I understand "ajumma" definitely implies that the woman is of an older age, similar to the Japanese word "obasan."

This discussion reminds of me of a recent article on the New York Times about being called mademoiselle vs madame for someone who is of similar age as me!
https://www.nytimes.com/2018/05/04/opinion/sunday/how-to-survive-your-40s.html

Oh really? I'll pass.
It's no more exceptions, but now it's the rule to put young actresses... I think the "older" ones died, it's no possible.

I know I'm insistent on this, but please, it's ridiculous.

Btw: Nothing against the actress, I love her. The situation that puts them is unfair.

Above there's a text talking about difference of between actors in Hollywood.

I make these comments all the time and I know they quite annoying, but as a woman, who, by the way, is the same age as this actress, know what kind what kind of impact it has on women in industry and society.. And no matter the age of the actress, she may be 25 years, 30 years, but she still much younger than the man. And even though they offered the role to an older women (which I think sometimes salary may have also been a factor, because experience means more money), she is not the only actress over the age of 34.
Recalling that the first who offered the role was for the actress Lee Yoo-Young, that the difference is still 12 years.
link:
https://www.themarysue.com/age-gap-films/

Chukahae Sol omma!
The premise sounds interesting. She will be good as a young ahjumma.

Is there any other kind in kdrama-land?

But how well does "legendary" actually work with "black ops" and "secret" ??

I was excited about a possible Yoo Inna x So Ji Sub pairing, but this could still be good.

And I'm definitely happy for Jung In-sun. I'm less concerned about the age difference once an actress/actor is over 25. And considering the production did seem to reach out to Yoo Inna first, it seems much less like a pointed decision to cast younger here than in other recent castings.

Yeah considering how they send casting calls for Yoo Inna before who's 34-35ish , I don't mind this pairing. And I think I share your opinion of being okay with any pairing once any actor is 25 years old. Plus underrated actors getting big breaks, I'm all for it. Happy for Jung In Sun!

I would have never thought of this pairing, but I hope it works. I like both So Ji-sub and Jung In-sun. The drama sounds like it could be fun.

What's funny is except for Son Seung Won, all 5 of them are busy in dramas now. What a coincidence.

I was wondering the same thing. He’s the only one left to choose a new project

I think I read that he is preparing to be enlisted this year. He is '90 liner if I'm not mistaken.

I am dating by ancient self by saying the premise reminds me of an American TV show i loved back in the late 80s called Scarecrow and Mrs King. Kate Jackson, former Charlie’s Angel, was a divorced mother who got tangled up with an international spy, code name Scarecrow,( in case you were wondering), played by Bruce Boxleitner. She then joined him, of course, on many missions before they fell for each other.
I like the dynamic of an ordinary person under extraordinary circumstances annoying the hell out of a suave, lethally trained secret agent.

I loved that show!

I dropped Waikiki but o finished reading the recaps. So ji sub,hmmmm only drama I've watched of his is oh my Venus and battleship island in terms of movie. But I liked him in both so no problem

You should watch him in the movies Always and Be With You also. And the drama The Master's Sun. I <3 SJS! :)

Man I love her in Circle!

i just finished watching Little House in the Forest with So Ji Sub and i'm looking forward to seeing him in a rom-com!

he is such a sweet, quiet soul - i'm so happy to see him anytime in a rom-com because usually he died at the end of dramas and movies....
: [

I really hope this rom com is actually funny and not just a melo in disguise. It's been a while since a drama has made me laugh out of pure comedy. Woohoo Waikiki was hilarious though so I think Jung In-Sun is perfect for this role.

I watched So Ji Sub in my first Korean movie on a flight , A Company Man, and left a deep impression with me. Looking forward to this!

I just watched his movie Be with you and fell head over heels in love with him. I first saw him in Phantom/ghost and started liking him.
I like Jung In Sun but not a fan of her. Never thought of this pairing.
I hope the story and chemistry stands out.

The premise sounds kinda like Mystery queen and I loved the first season of that (the second season can just go to hell) so I hope it has its similarities.... Looking forward to some So Ji Sub brooding >~<

This sounds like fun!! So Ji Sub is always great and I think this pairing sounds like it could be quirky and cute.

The premise really makes me think of Mystery Queen...not a bad thing, since I loved it. I know s2 of Mystery Queen had some critique (that I shared) but I'm still waiting for it get a s3...

Hmmm and not too excited about this pairing. I didn't like her in Waikiki.

It's a bad sign that their offers were all rejected even after them going after them publicly.

To be brutally honest, I don't like Jung In-sun. She was underwhelming in Waikiki and she's also very plain looking. Like, she doesn't have a recognisable trait.

I think an actor of So Ji Sub level should be on screen with someone equally experienced, with mature disposition and not with an up and coming actress. Just my feelings, since I've been a fan of So Ji Sub even before he went to the military service which was thousand years ago.

Sounds great. Happy for her. Indeed a great actress. I still can't get over her rapping at Waikiki.