A private investigator who catches ghosts must unravel the mystery of a woman in red who appears at each crime scene. His cheerful, young assistant lost her younger sibling under bizarre circumstances, and they work together to solve this case, and many others.

A private investigator who catches ghosts must unravel the mystery of a woman in red who appears at each crime scene. His cheerful, young assistant lost her younger sibling under bizarre circumstances, and they work together to solve this case, and many others. 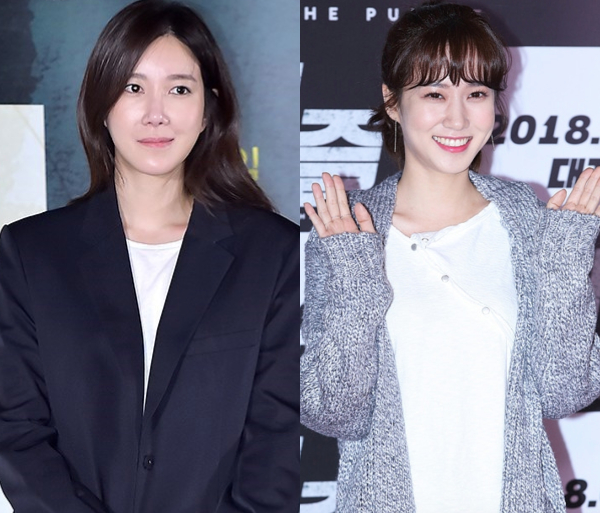 On the heels of Daniel Choi’s (Jugglers) casting in upcoming horror-thriller Today’s Private Eye, we’ve got two more announcements rounding out the main trio in the KBS project: Park Eun-bin (Age of Youth 2) and Lee Jia (My Ajusshi) have both confirmed roles in the show as the detective’s assistant and a mysterious woman in red, respectively.

Park Eun-bin will be playing Jung Yeo-wool, the determined and plucky assistant to Daniel Choi’s detective Lee Da-il. Yeo-wool starts out as a part-timer at the private eye’s offices and gets swept up in a bizarre case. She has ten years of part-time experience under her belt, which gives her a certain toughness and instinct that will aid her in solving these mysteries. There’s an air of mystery that surrounds her character as well, and it sounds like she approached the private eye with a hidden objective.

I’m intrigued and slightly creeped out by Lee Jia’s character just from the description given in the reports, which is a good sign for the show, given its thriller premise. Her character doesn’t have a name, but she will lead Lee Da-il and his assistant Jung Yeo-wool further into the middle of a strange case. She keeps showing up as the pair investigates their cases, always sporting her signature red dress. She’s described as the key to the main mystery, and will cast a long shadow over the main leads’ cases.

I’m pretty happy to see both women return to the small screen, and in roles that I can easily picture them rocking. I can imagine Park Eun-bin’s Yeo-wool will be a force to be reckoned with, and it will be interesting to see how she and Daniel Choi’s Lee Da-il will work together, since they both seem to have strong, tenacious personalities. I’m a little surprised that Lee Jia will be returning so soon to the small screen, since the gap between her last two dramas was five years (her project before My Ajusshi was 2013’s Thrice Married Woman), but it’s a welcome surprise, and I look forward to her playing what sounds like a fascinating character.

This cast is just inviting me to be excited.

Oooooh, I really like this casting. The title itself didn't catch my eye as I'm not a big detective drama person, but now that I have read the description I have to say I'm intrigued! Especially at the "horror-thriller" description.

I haven't actually seen Daniel Choi in much, although I've heard he is very good, but I love Park Eun-bin in Age of Youth and really enjoyed Lee Jia's performance in My Ajusshi. That whole cast will forever have a soft spot in my heart, I think.

I'll definitely be keeping an eye out for this one!

I think I need to head to a therapist to sort out my drama feelings cuz:
1) Hello Waikiki will get a 2nd season: "What?? Son Seung-Won needs to reserve his time before heading to the military for Age of Youth 3.
2) Park Eun-bin will join the cast of Today’s Private Eye to be the determined and plucky heroine : Nooooo!!!! Ssong needs to join Editor Sung-min for her investigations.

Aigoo Kimbap. Get yourself together, jebal.

Seriously, if Age of Youth 3 is happening than nothing else matters.

I feel like being trapped in a maze of love and tears, @bammsie.
Ottoke?

Come with me to my magic shop, and I'll show you.

(And I absolutely agree. I want my AOY S3 to happen! It needs to happen! Soon! T_T)

Please, don't play with my heart! AoY 3 is my dream!

Exactly, @potatodrama! 😭 I feel like the writer played with my heart, stuffed it into an urn, and shot it into space of uncertainty in AoY 2!! I need her to bring it back down to earth and make it all better.
Waaaahh (age inappropriate sobbing sound)

Not to mention han seung yeon too have her own project where she is the lead role there. It airing on september and a pre produced drama. That means she will be super busy this summer. I just hope aoy 3 can still airing this year even if it has to be at autumn.

Eotteoke? Park Eun-bin is one of my absolute faves, but I don't do horror unless it's something benign like Master's Sun. I'm hoping this'll be mainly a thriller with just a dollop of horror, but I'm not holding my breath.

Interesting premise and good casts. Who are the PD and writer? Please be good show.

I think the last post with Daniel Choi's casting mentioned the Chief Kim PD. I'm not sure about the writer, but I really hope it'll turn out good too.

Oh yes, it mentioned the main PD of Chief Kim. Thanks for reminding me.

Fwiw, asianwiki lists the writer as Han Ji-Wan, with one other drama credited, Wanted, (SBS/2016).

Im excited for this, but what will happen to "age of youth 3"? 😭 it seems like this summer we wont see belle epoque girls 😭

:( I would love a third season but Park Yeon-sun didn't mention having unfinished stories, unlike what happened with Ji-won when she was forced to cut season 1 short.

Ikr. But they obviously gave us sign in the farewell video of season 2 on youtube that there will be a season 3. They definitely said "and next year, age of youth again" and pointing out 3 fingers. I hope they didnt gave us a false hope. Im waiting so eagerly for season 3.

I like the casting already. When I read the mysterious woman in read, I remembered red coat of pretty little liars....

I'll admit, I thought, what? please don't try to shoehorn Park Eun Bin into the "woman in red", show 😕. What a relief that she's the plucky assistant.

Nooooo! Why is Park Eun-bin here??? Do I have to watch this scary show now?

This just became a need-to-watch show. Please, please, please do a good job on the writing!