Lee Tae-ri turns on the charm as aspiring musical actor in Coffee, I Leave It to You 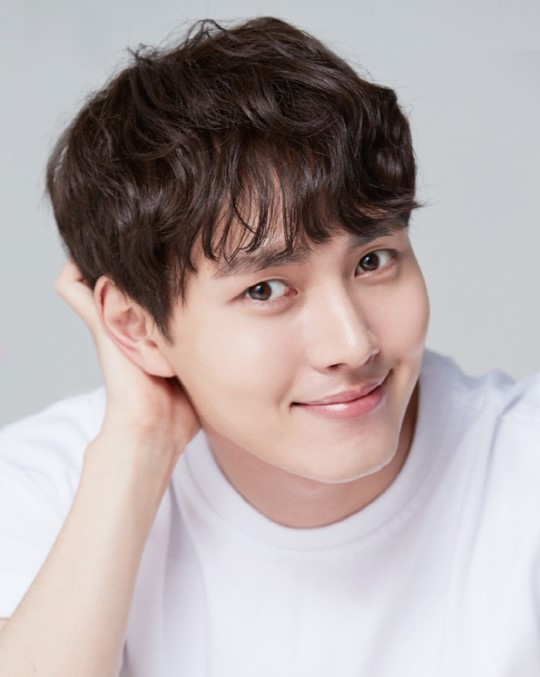 I’m always happy to hear there’s a new rom-com in the works, and this drama sounds cute with a dash of fantasy. Lee Tae-ri (Hospital Ship, Hwajeong, Rooftop Prince) — formerly known by his stage name Lee Min-ho — is the latest addition to the drama titled Coffee, I Leave It to You. I was a little confused by the casting reports at first because of the name change, but I have to admit it’ll be nice to not have to differentiate Lee Tae-ri (which is his birth name) with the other Lee Min-ho.

The premise involves our heroine, played by Kim Min-young (Uncontrollably Fond) and described as cute but overweight, somehow transforming into Chae Seo-jin (Lingerie Girls’ Generation) after drinking a magical cup of coffee. The idea is that she gets a supernatural glow-up, essentially, and starts pursuing her one-sided crush. She’ll get swept up into a “risky” romance with a webtoon artist who doesn’t believe in love (natch). Highlight’s Yong Joon-hyung will be making an acting comeback (it’s been five years since his last drama, Monstar), playing the male lead.

Lee Tae-ri is up to play the lead’s best friend in what sounds like a pretty endearing role: His character, named Moon Jung-won, is an aspiring musical actor who turned his back on his former life as an elite employee at a large corporation in order to pursue his dreams. He’s described as a ball of endless energy, with boundless optimism and a healthy dose of curiosity to boot. He’s also a hopeless romantic, who dreams of a grandiose romance like the ones found in musicals, which should serve as a perfect foil to his best friend’s skepticism.

While the premise seems a little superficial, I’m hoping that the story is handled with some depth, and tackle issues like self-worth and the narrow standards of beauty in Korea. One of the writers attached to the project, Seo Bo-ra, has credits like Fight My Way and Remember—Son’s War to her name, which is promising. The director, Park Soo-cheol, has a more checkered filmography, with some of my old favorites, like Hwang Jin-yi and My Girl, mixed in with some more questionable projects, such as Witch Amusement and Monster. I’m going to take a leaf out of Lee Tae-ri’s new role, though, and remain optimistic about the show, since I do love a cute rom-com.

Coffee, I Leave It to You will be fully pre-produced and is still negotiating a station and timeslot. 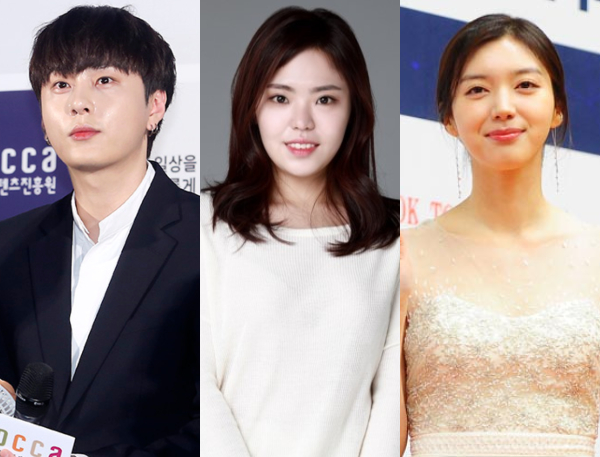 Oh, that's Eunha from Monstar! So she's going to get Seolchan this time, haha. Hope it gets a time broadcaster/timeslot soon.

Thanks-- I knew she looked familiar! I feel a Monstar rewatch/relisten coming on... 🎵

He must've gotten so tired of "No, not that Lee Min-ho; the other Lee Min-ho." Now he shares his name with a lesser-known actress and the drama I Love Lee Tae-ri. :)

I remember being so impressed with him in The Moon That Embraces the Sun.

I thought the article was about Park Ye-jin's show too!

Let's hope the name change works for him since he's a good actor and he's been around for so long but still stuck in side roles.

Are you referring to actress Kim Tae-ri? Because I wouldn't call Kim Tae-ri "lesser-known." She is an award-winning actress who topped Forbes Korea’s 2030 Power Leaders list.

It's sad that Lee Min-ho had to change his name when he debuted five years before that other Lee Min-ho.

No, I was referring to this Lee Tae-ri: https://www.hancinema.net/korean_Lee_Tae-ri-I.php

Yeah, bummer about debuting first then getting relegated to being "the other Lee Min-ho".

He will always be Lee Min-ho to me. He should've listen to his father and keep the name he was born with.

He is talented and one of those young actors that can act beside as lead to the 3 Kims.

Not sure what to think of this premise.

These are all new names to me. I'll have to check out Monstar.

I hope the drama does touch upon self esteem and narrow beauty standards because most glow-up dramas brush over such major issues or reduce it to insignificance (eg.BoB, SWP).

Wait, I'm confused. I'm pretty sure his birth name is Lee Min-ho who changed his stage name to Lee Tae-ri.

His birth and actual name is Lee Minho but he changed his professional name to Lee Taeri. Maybe there's confusion because most of the articles say that his new professional "was given by his parents".

I'm surprised that his parents were the ones who gave him the new name. His father especially was vocal about him keeping his birth name.

I'm not sure about the story of this drama (reminds me the one where the girl change thanks to a ring) but I'm curious.

I can’t wait to see Yong Joon Hyung in this. And Kim Min-Young is uber talented and just needs that breakout role in my opinion. I liked Lee Tae-ri in what I saw of him in Hospital Ship, but I never finished this one. I think it could be really cute!

I feel bad that this boy has to change his name but it might be for the better. Hope he will be more active! The premise sounds quite interesting, and I have watched some of these casts in other drama before, so maybe I'mm be checking this one!

Yesssss I’ve been needing a good rom-com- 2018 has been far too melodramatic for my tastes. Having Yong Joon Hyung just totally seals the deal!

I sincerely hope it tackles Korean beauty standards. They are so narrow its suffocating.

Just yesterday I was thinking of Yoon Joon Hyung and today his casting news came. Drama gods have heard me. Yayyyy!!! I liked him in MONSTAR.

It's similar 'Queen of Ring'

Well the premise sounds dreadful, can't wait to drunk-binge it with my mother and aunt on a lazy summer evening

Um... I would rather Kim Min-young choose a drama where she can lead all by herself. I like Chae Seo-jin too, I think I find this role a little insulting for them both?

LOL and I thought I was writing nonsensical rom-coms... Shame because Chae Seo-jin deserves a better role. She was good in Lingerie Girls Generation.

his birth name is lee min ho and he's been using it professionally as an actor for almost 20 years now, he said before that his parent doesn't want him to use a stage name and just work harder that's in 2012 I think, and I guess they do realize that their son's career won't move forward using his birth name as he was overshadowed by BOF lee min ho even though this younger lee min ho debuted first.. lee tae ri was chosen by his parents as his stage name.. he also signed up with starhaus.. new name, new beginning i hope he move forward with his career now..

Well, if the drama ends up letting Kim Min-young (and everyone else!) discover that she is attractive in her own body, regardless of not being super-thin as the narrow beauty standard dictates, then it might be a fun drama. Unfortunately, I am not certain we can expect this kind of message...

What the hell? Kim Min Young should be the glowed-up one. SMH