The epic battle for Joseon in tvN’s Mr. Sunshine 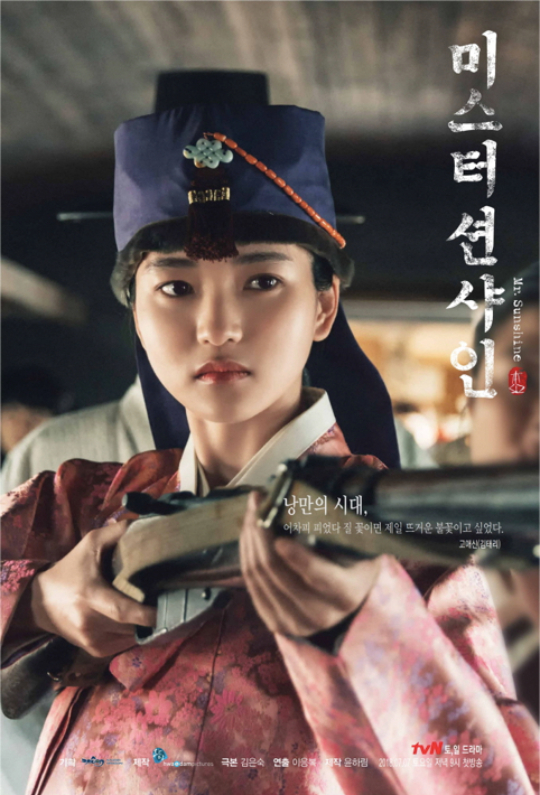 We’re just a little under two weeks away from the premiere of Kim Eun-sook’s new drama Mr. Sunshine, so I’m excited to learn more about the main characters that will undoubtedly ignite a whole range of emotions from me for the next three months or so. The show has been steadily releasing character stills and posters for the main five players in this story, and my first impression is how gorgeous the period costumes are. Not that I expected anything else from PD Lee Eung-bok, but I’m excited to see how visually stunning this show is going to be.

First up in our list of characters is Eugene Choi, played by Lee Byung-heon (Keys to the Heart), an American Marine captain who gets posted to Joseon. Born a slave, Eugene ran away from his master’s house when he was 9 years old and boarded an American battleship during the 1871 Shinmiyangyo incident. He considers himself an American and is uninterested in the fate of the country of his birth, even as he witnesses the violent change that Joseon is undergoing. The caption on his poster reads, “I thought I had finally arrived, but I might have to go further. Into the flames. One more step.”

It will be interesting to see how he clashes ideologically with his love interest Go Ae-shin (Kim Tae-ri, 1987), whose life has pretty much the opposite trajectory as Eugene’s. Ae-shin was born into privilege as a member of one of the most powerful aristocratic families in Joseon, but she isn’t content to let others die on the front lines for her. Unbeknownst to her grandfather, Ae-shin regularly reads newspapers and other publications calling for Joseon’s independence, and learns to shoot with a rifle. On her poster, she says, “If this flower is destined to bloom and fade, I want it to be the hottest flame.” (In Korean, the word “flame” literally translates to “fire flower.”) Maybe it’s this kind of strength that draws not just one but three admirers, including Eugene. 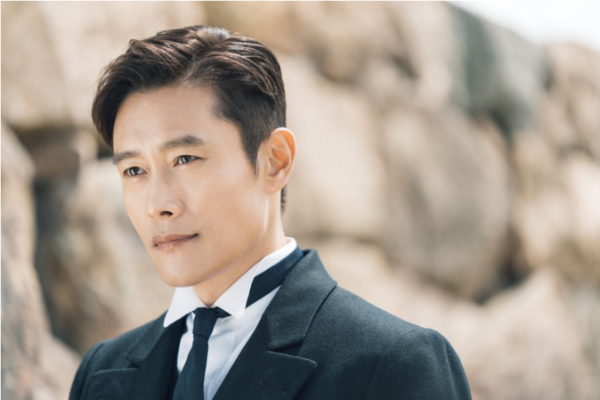 Yoo Yeon-seok (Romantic Doctor Teacher Kim) will be playing the second love interest, and quite possibly the antagonist simultaneously. His character, Gu Dong-mae, starts out life in similar circumstances to Eugene, born to a butcher, which means he was part of the lowest rung on the Confucian social hierarchy. But whereas Eugene escapes to another country and grows indifferent to Joseon, Dong-mae becomes part of what is threatening Joseon’s existence. He is a cold-blooded member of the Black Dragon Society, which was a real-life ultranationalist right wing group in Japan that promoted imperialist expansion, and rises within its ranks to become the head of the Hansung (the Joseon-era moniker for Seoul) chapter of the organization. His poster caption ominously reads, “I shot a black bird. To make sure it never flies again.” His character should provide some intense conflict, both external and internal, especially since he seems to harbor an old one-sided love for Go Ae-shin.

Gu Dong-mae isn’t the only man to return to Joseon for Ae-shin, though: Byun Yo-han’s (Six Flying Dragons) character Kim Hee-sung makes his return from studying abroad in Japan for the last 10 years to marry Ae-shin. The two have been betrothed for years in order to strategically unify their two powerful families, but I think there’s some affection involved, at least on Hee-sung’s part, even if the match was engineered for political purposes. His character seems like he has it all on the outside, with a gentlemanly manner to match his wealth and good looks, but his sunny disposition turns on a dime as soon as anyone mentions his brutal grandfather and his cowardly father. You couldn’t tell from his character poster, though, which depicts him at a cards table, jovially smoking a pipe. He says, “If you are in danger, come to me for shelter. If that is the reason I’ve come to Joseon, then it would be my honor.”

And last, but certainly not least, is another strong female character (♥) in Kudo Hina, portrayed by Kim Min-jung (Man to Man). Her father was a pro-Japanese collaborator who essentially sold her off to get married to a very wealthy Japanese man. When her much older husband died, Hina was left with a substantial fortune and the hotel Glory as her inheritance. She becomes the subject of much interest among the Joseon elite because of her wealth and beauty, and she knows exactly how to play them. Muahaha, I can’t wait to see her run those powerful men for a loop. I’m totally girl-crushing already over her costumes and her fierce, sword-wielding poster, where she says, “There are things a sword cannot cut down. Like a righteous and warm heart.”

Judging by the reports, it looks like Mr. Sunshine will feature interesting characters with compelling conflicts, and I can’t wait to see it all play out on my screen, especially since it’s set in an era that we haven’t seen that often on the small screen (right before the Japanese occupation). Mr. Sunshine will take over tvN’s Saturday-Sunday timeslot from Lawless Attorney on July 7 and run for 24 episodes. 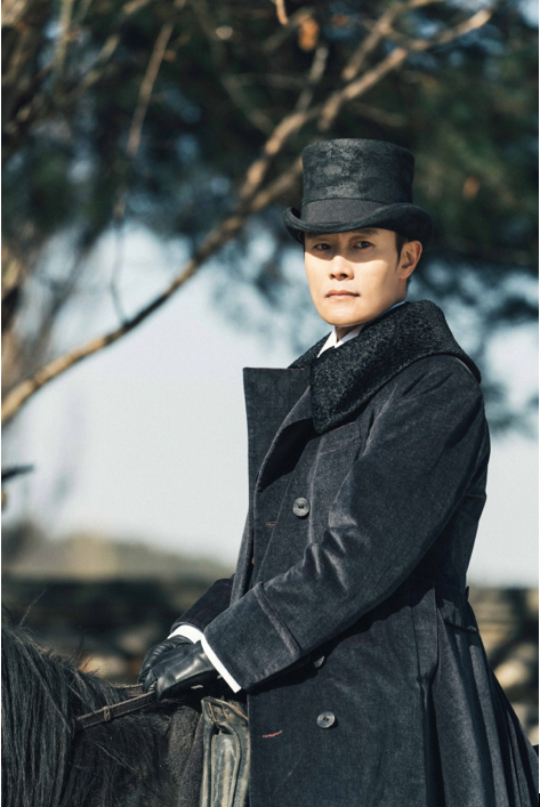 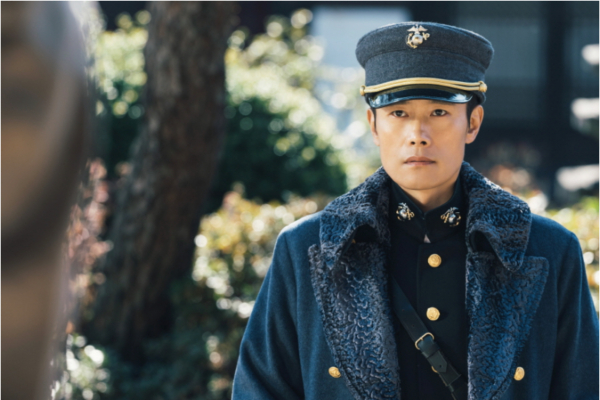 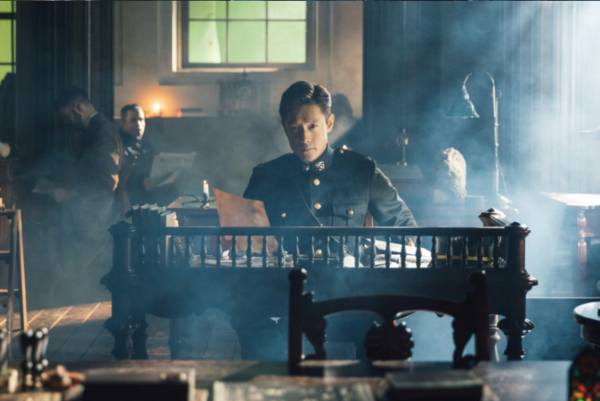 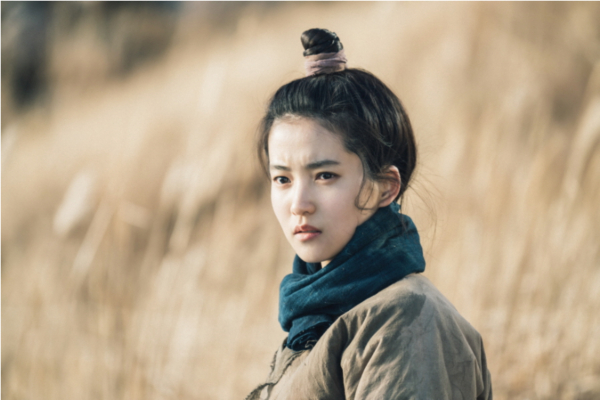 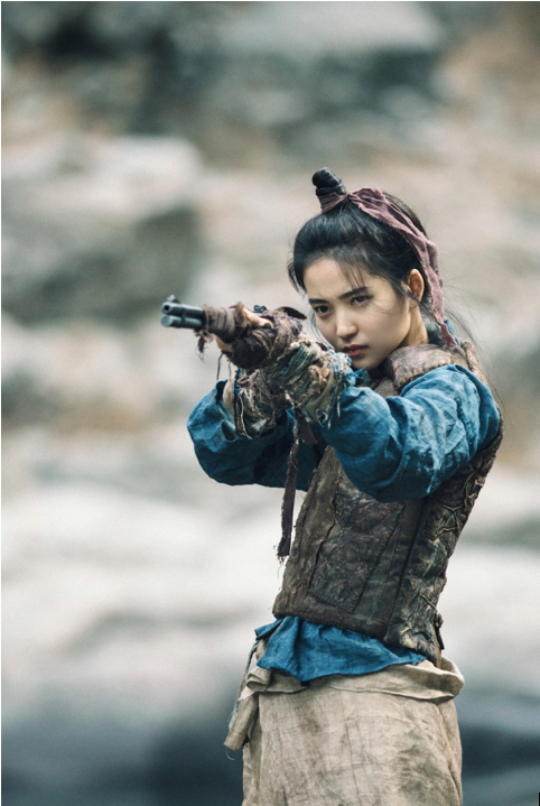 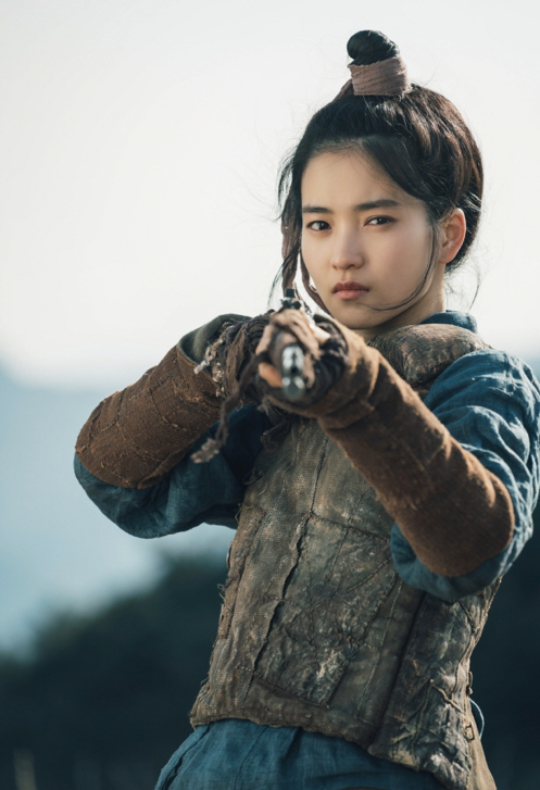 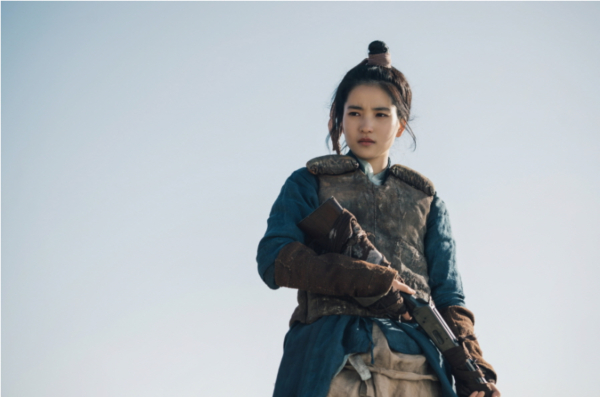 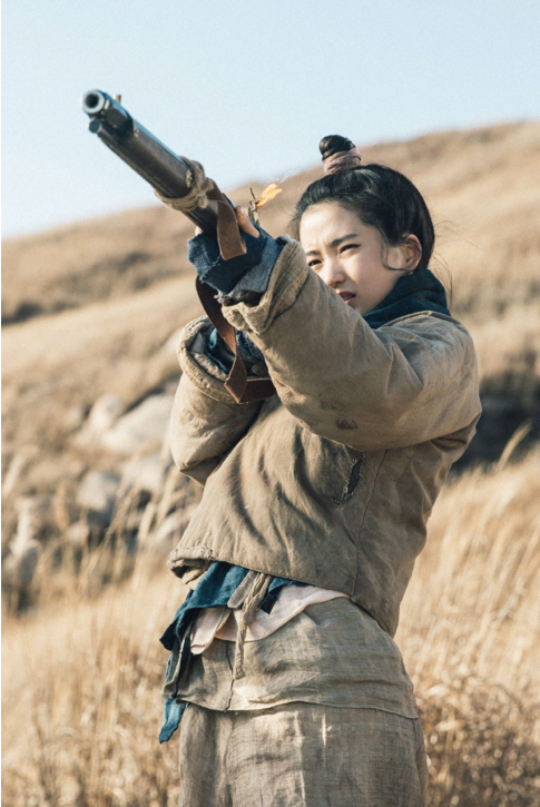 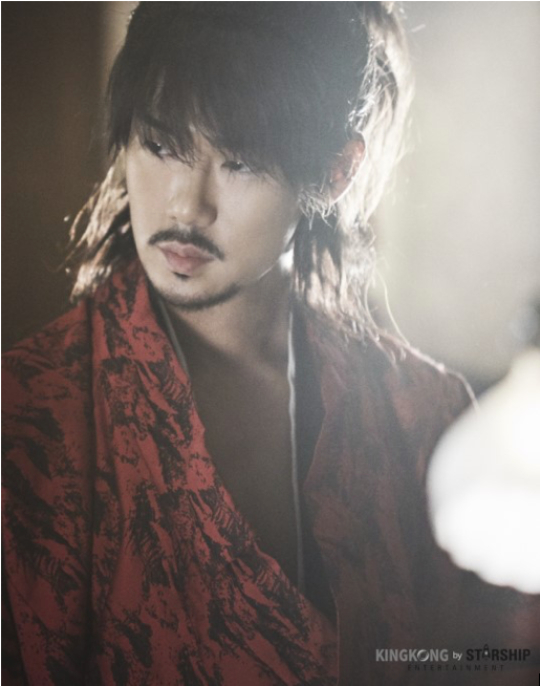 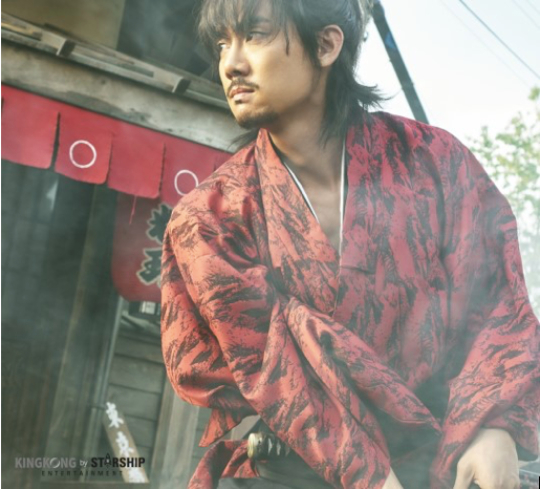 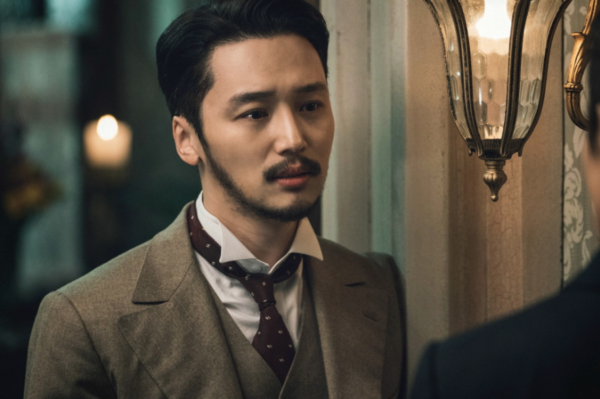 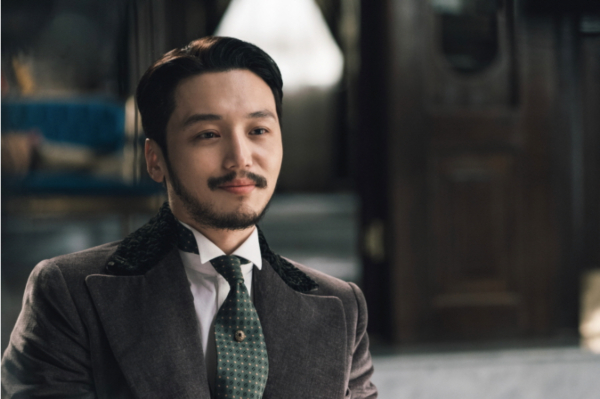 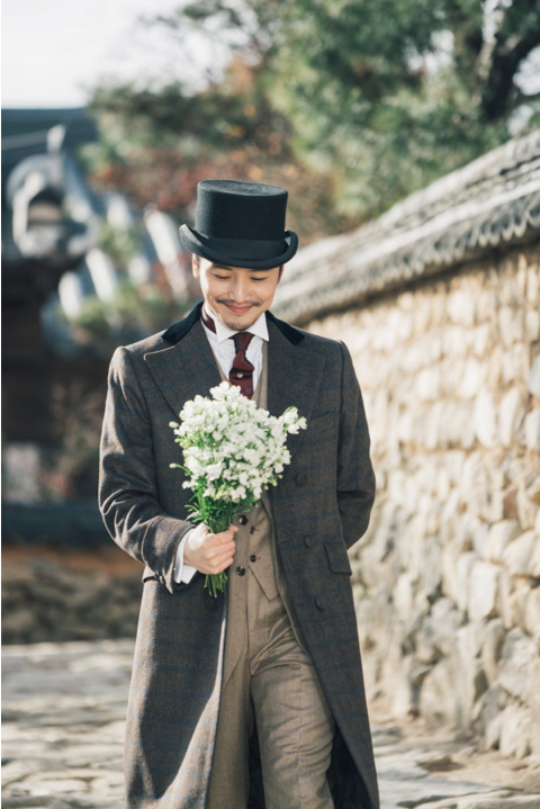 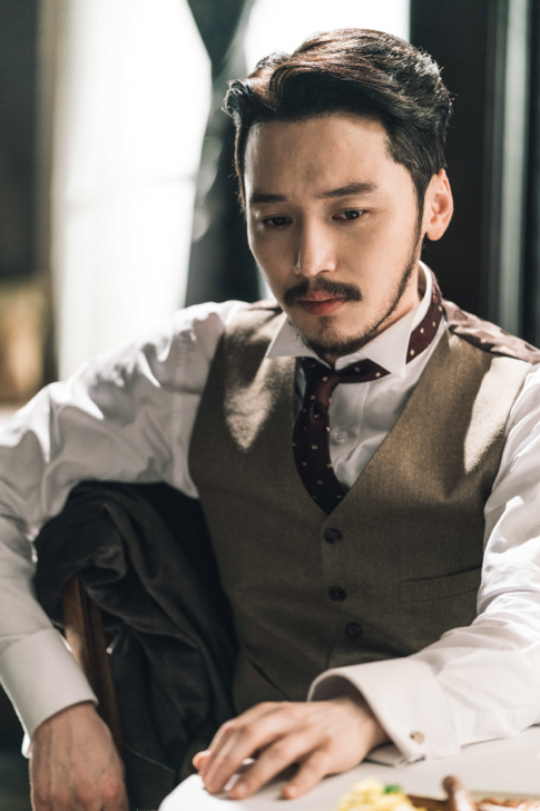 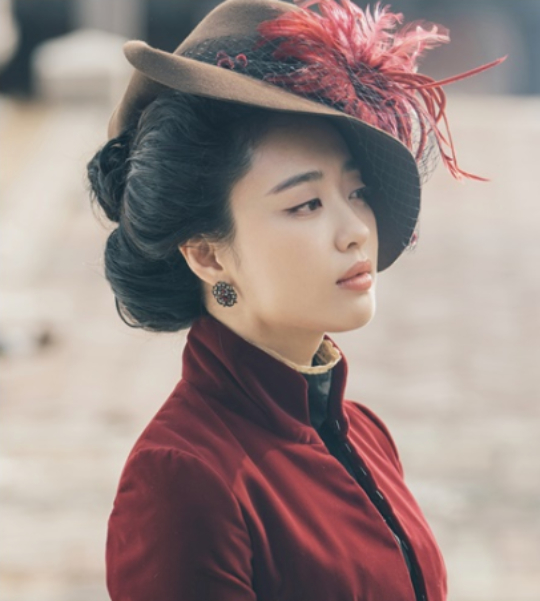 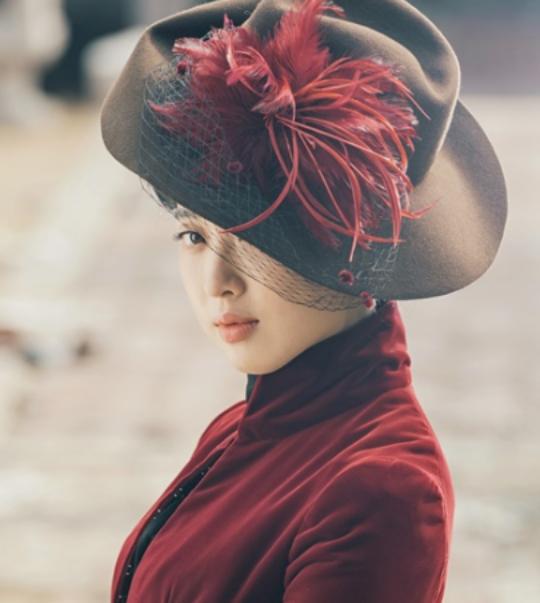 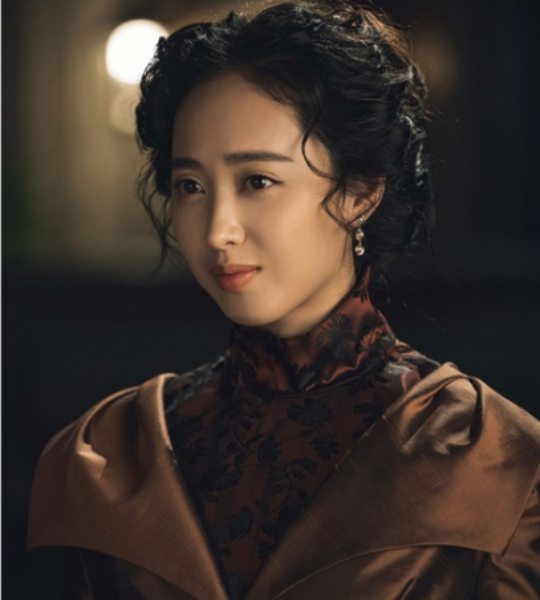 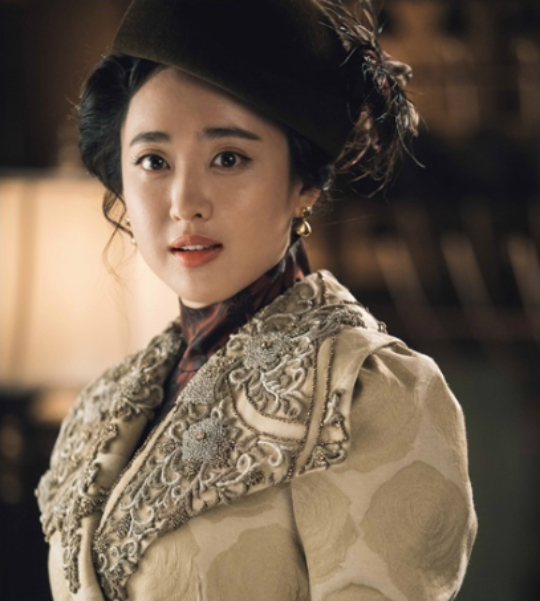 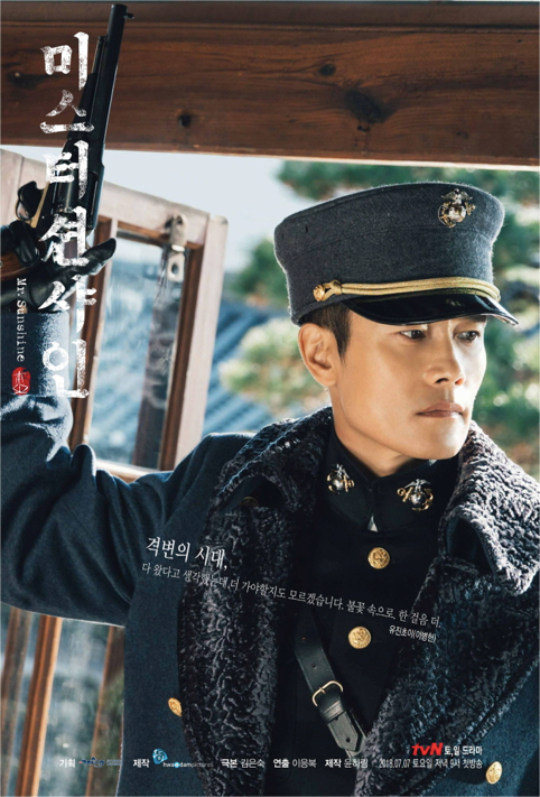 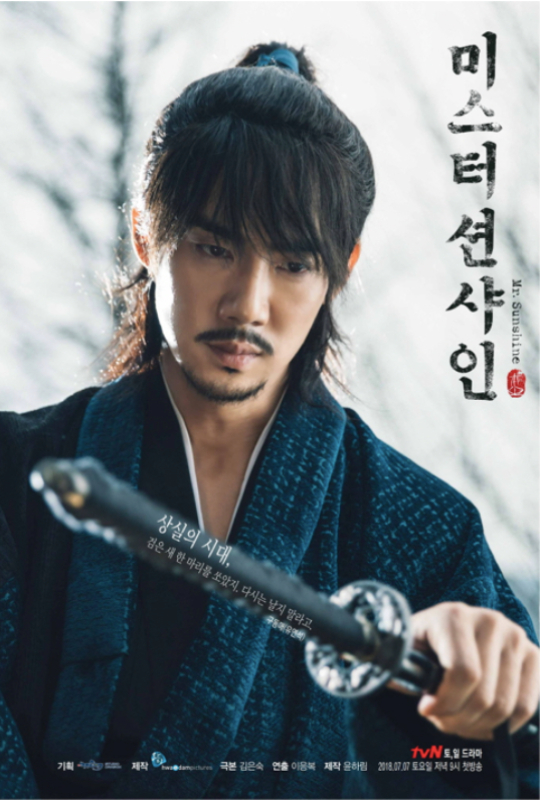 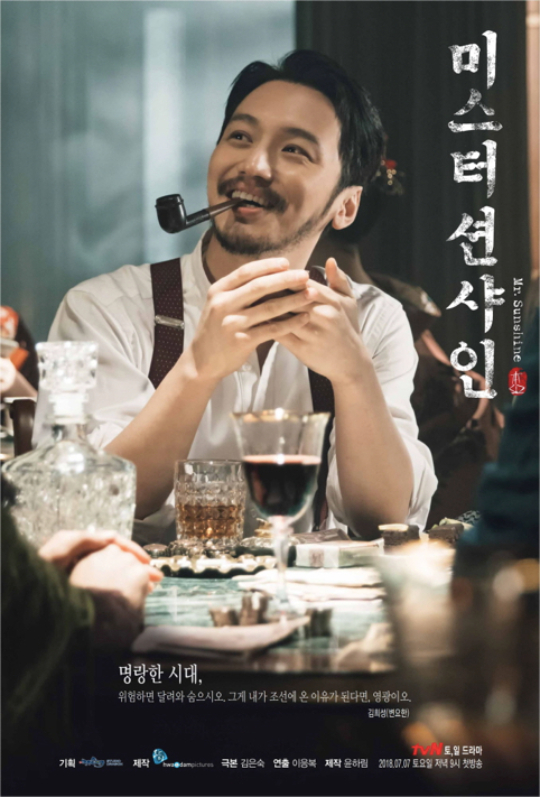 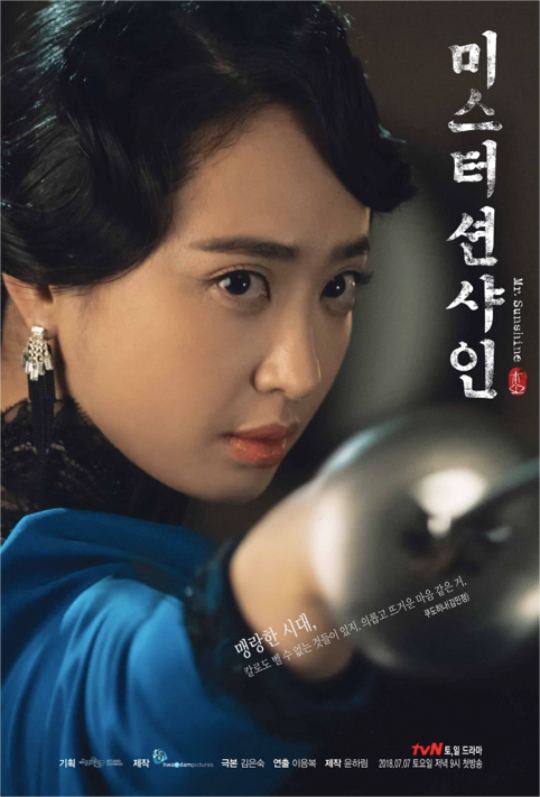 I wonder if the drama will handle or address the issue of language/cultural struggles in relation to the character of Eugene. His native tongue might have been Korean, but after leaving his homeland at a relatively young age and becoming fully American (in his eyes), I'm assuming that English would have become the dominant/most used language in his life (even if he would still have an accent in his adopted language). For a language to "stick" in one's brain or memory, it has to be in constant use and evolve with the times. And--to borrow the following expression--if you don't use it, you [might very well] lose it. I'm not saying that he would forget his Korean, but I would expect him to experience a lot of challenges. I would also expect to see some culture clashes. Unfortunately, many dramas gloss over issues of culture shock, language struggles, etc. when it comes to characters that return to Korea after having spent many years abroad. They never seem to have issues with changing slang, fashion, etc. (although they might do away with honorifics and polite speech, especially if they spent time in the terrible U.SA, lol). I think this show might address cultural differences, but I suspect it will not address the language issue. I hope I'm wrong, because it would help to add more realism to the story if this issue were addressed.

I would also expect similar issues with our second male lead, who would have spent many years in Japan.

I agree with you and I bet you are right - the language issue for Eugene will be ignored. Perhaps we will be pleasantly surprised, though.

I really hope that we will be surprised. I also hope that this show will have depth and beauty.

The good news is that Lady Ae-Sin scolds Eugene for his accent the first time they talk. About time someone gets that right in a Kdrama.

Kim Min-Jung! I adore you! Please look at me with those wonderful, warm eyes . . .

I dunno who Kim Tae-Ri is, but any kdrama where someone uses a proper period rifle is bound to be cool. American historical dramas are all set in the same grim grunge Western era where everyone mumbles their lines and they all have generic beards and shoot each other with generic pistols and not much else happens.

Holy shit, this is one my favourite historical periods. It doesn't really get explored in k-dramas because Koreans who collaborated with the Japanese government remains a touchy subject. But honestly it was such an exciting era of young intellectuals exploring radically progressive ideas and fighting for their beliefs, the idea of an independent Korea with lots of sex in between.

I am very hesitant about Kim Eun Sook, nuance really isn't in her wheelhouse...

WHEN ARE THIS TO "SHOOTERS",ARE GOING TO START A REAL ROMANCE. I HOPE THAT THIS DRAMA SERIES HAS A GOOD ENDING. SO FAR IS SHAPING UP TO BE VERY ENTERTAINING.

Anyone born in South Korea or who has lived in South Korea should take advantage of the opportunity to go visit the Independence Hall and National Museum in the city of Cheonan. South Koreans should be proud of their history. Maybe some day North Korea will put away the arrogance and resentment, and will join the South to fight against corruption and build a better tomorrow for this beautiful land and culture.

I LOVVVVE THIS SERIES, AND I WISH MR SUNSHINE'S CHARACTER DIDN'T DIE!!! 😭 and that another season would come it was such a beautiful love story and a painful 💔 sad 😥 history 😢 story but very powerful