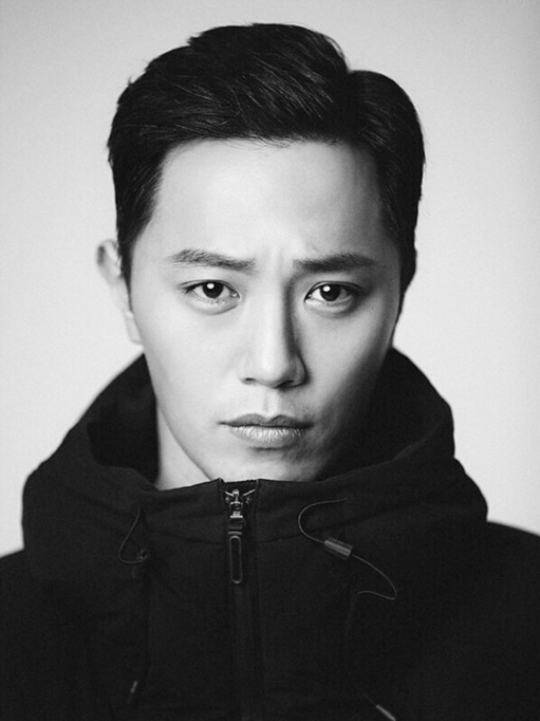 I’m happy to hear that there’s some progress happening with this show, since it keeps getting pushed back. Jin Gu (Untouchable) has been confirmed to join Ha Ji-won (Hospital Ship) in upcoming political action drama Prometheus as a North Korean defector who embarks on a mission to recover North Korean nuclear scientists who have gone missing. I like both stars best when their roles involve action, so I’m excited to see them work together in what promises to be a blockbuster of epic proportions.

Interestingly, the story has been slightly altered to reflect recent events on the Korean peninsula: A team of key North Korean nuclear scientists go missing while returning from a mission related to the country’s denuclearization efforts, which triggers an international race to acquire these scientists first. South Korea, for obvious reasons, is one of the various countries eager to find the missing scientists, and tasks Ha Ji-won’s character Chae Eun-seo, an NIS agent, with that mission.

She, in turn, recruits Jin Gu’s Park Hoon character to help the operation. Park Hoon is a former North Korean officer who defected to the South after getting involved in an incident while he was posted as a military attache to the North Korean embassy in Moscow. He now works as a day laborer on a wharf, which is definitely a fall from grace from his former career as an elite military officer. I can’t wait to see how he and Chae Eun-seo work together, who were trained in diametrically opposite ideologies. I’m sure there’s a loveline in there somewhere, but I hope that before they feel a romantic spark, they become trusted partners since they can both be pretty badass when there’s action involved. And I’m expecting some epic action scenes, especially given the 30 billion won budget that the reports never fail to mention.

Prometheus doesn’t have a broadcaster yet, but is aiming to air by the end of the year.

I will watch any drama or film that involve North Korea storyline. So yes, I'm excited!

Me too. Plus NIS agents (one of my favourites all time dramas is Time between dog and wolf).

Ah rats. Not to diminish Jin Goo's abilities, but I was SO hoping Joo Ji-hoon would have accepted instead. That would have been one powerhouse casting!

Same I was disappointed by him turning it down

Ooh darn. But it's easier for me to see Jin Gu as a wharf worker, at least.

EXACTLY --- i had my fingers and toes crossed for Joo Ji Hoon!!!

He's been filming a fantasy sageuk with Bae Doona, it will be released on Netflix in 2019.

He will be awesome in that role!

Looks like this mysterious North Korean Park Hoon is a man of many faces. He's mastered the art of plastic surgery disguise and taking on many roles in South Korea

This Park Hoon has taken his art to the next level by always taking up disguises of very attractive men.

Maybe it's a common name in North Korea??

Initial reports saying that KBS is funding the drama. So they dropped it?
Anyway, I wonder if the premiere date will end up getting pushed back since they are supposed to film in 5 different countries. A year-end air date seems rushed.

Do you know which countries btw?

YES. I love Ha Ji-won! Include a badass storyline about her being a kickass agent and Jin Gu being a former North Korean officer? Count me in.

At least HJW finally landed a solid leading man. If her character will be badass, I might check it out. I hate it when she plays weak and cute characters.

I can't help being reminded of King2Hearts which is my absolute favorite drama.

Yes! Same here! I loved it!

Cool! I like them in their previous military roles - Ha Jiwon in King2hearts and Jin Gu in DOTS. Interestingly it would be a north-south reversal this time, with JinGu being the north korean and Jiwon the south korean.

I never ever thought of this pairing but now waiting for this drama. ❤️

Thank you @tipsymocha. This is news to me and I am in. I am looking forward to seeing Jin Goo again. I watched UNTOUCHABLE which I enjoyed although it was not a ratings winner.
We are seeing some big budget television productions now. MR. SUNSHINE reportedly cost $38.3 million while according to wiki PROMETHEUS, as of 2017, has an estimated budget of $26.5 million.
Here is the wiki entry for PROMETHEUS:
https://en.wikipedia.org/wiki/Prometheus:_War_of_Fire

Thanks for your casting news, tipsymocha.

PROMETHEUS sounds a bit like a cross between THE KING 2HEARTS and Gong Yoo's excellent thriller THE SUSPECT, with the addition of DPRK nuclear testing news ripped from the headlines. I would have loved to see Joo Ji-hoon after watching his turn in MAWANG / THE LUCIFER in which he in effect portrays a secret agent (i.e., a lawyer out to avenge dead relatives). I don't think I've seen Jin Gu in anything yet, so I have something to look forward to. (I must be one of the few holdouts on earth who did not watch DESCENDANTS OF THE SUN. Jinjja.) On the other hand, it will be great fun to see Ha Ji-won kicking butt as a spy on a high-stakes mission. She was terrific in THE KING 2HEARTS, DAMO, and THE DUELIST.

Ha Ji Won played an awesome tough girl in my all time favorite drama "The King 2 Hearts" and I'm excited to see her doing action again. Jin Goo seems like a good match for her.