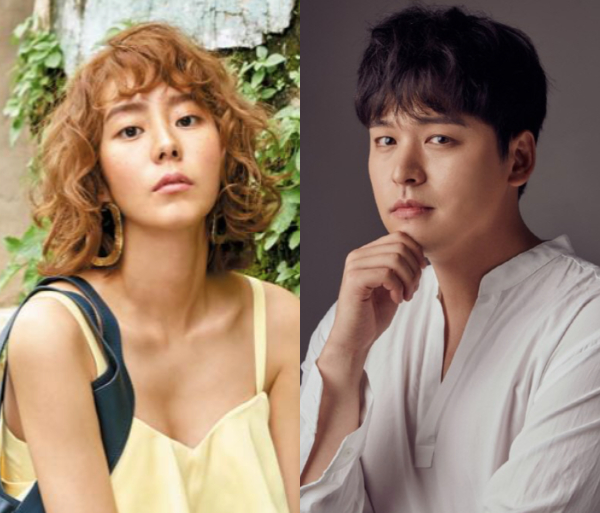 I feel like UEE (My Husband Oh Jak-doo) has generally had a little more luck with her weekend dramas, so I’m glad to hear that she’s considering another weekender for her next project. KBS has a new show called My Beautiful Ally in the works, and is looking at UEE and Lee Jang-woo (Rosy Lovers) to headline.

The story sounds a little makjang, but there does seem to be a focus on family, which is more familiar territory for a weekender: A young woman finds out one day that the parents who raised her are her adoptive mother and father, and simultaneously learns that her biological parents were murderers. After having her world fall apart around her in one fell swoop, she will embark on a journey to find the truth about her origins.

If she signs on, UEE is up to play the female lead, who barely graduated from college with a degree in English education. Lee Jang-woo is in consideration for the role of a gentle and serious director of a food company. If they both decide to sign on, it’ll be a mini-reunion of sorts for them, who were co-MCs of KBS’s Music Bank way back in 2013. Writing is Kim Sa-kyung, whose work mostly consists of weekenders like last year’s Blow Breeze.

I haven’t seen any of Lee Jang-woo’s work, but I think he and UEE would make a cute pairing, especially since UEE has historically had pretty good chemistry with her co-stars. It’s also nice to see writers and actors who work together regularly, and if Lee Jang-woo takes the part, this would mark his third collaboration with this writer, after Oh Ja-ryong Is Coming and Rosy Lovers.

My Beautiful Ally is slated to follow Shall We Live Together, which puts its premiere sometime in September.

Thanks @tipsymocha! It seems like killer parents is the new trend...

And aw @ally-le you are getting a drama with your own name, though it does sound makjang.

omg, killer parents! That made me just bust a gut 🤣
Only funny because it's true. . .

Does seem like it. I suppose it also gives the Truck of Doom and the Black Cap Serial Killer some rest. They must be on vacation - I thought I saw Truck gently scaring away a few cats in my town a couple of days ago.

Oh no! But if Truck of Doom doesn't get castings, who's going to pay for the fuel, the repaintings and the constant maintenance? He used to have a steady income but now that he's overused he's probably not getting love calls anymore :(

This actually sounds perfect for September ~ I'm a UEE fan because she jumps into different entertainment genres with all she's got.

Glad to see I'm not the only one who immediately looked to @ally-le! 😂

I literally havent watched I Do, I Do since it aired, but I instantly recognized him as "that guy from "I Do, I Do"

I like lee jang woo in i do ido and im Uee's fan too....they have great chemistry together....hopefully they confirm this project.

Why do I feel like I’m being stalked a little? I kind of want to see this to see if anything I’ve writtten on the open thread makes it in here...and freak out if it does!

Hmmm. I was talking to my mom the other day and was wondering why people throw such a fit when they find out they are adopted. I personally wouldn't care if I was adopted. My mom is my mom no matter if she gave birth to me or not and what my biological parents did holds no sway over me. The only thing I would want to know about my biological parents is medical history.

But I know Korea is super huge into family so does being adopted in Korea hold more meaning and impact then somewhere else?

Honestly, this sounds right up her alley. Maybe a bit critical, maybe a bit unfair, but she comes across as if she's competing with herself to prove to she can act. I want her to take on something that's a bit lighter or something that is different for her. For me, she's starting to typecast herself.

finally he's back from military, hope in the future he can pick up roles like park tae kwang from i do i do, i mean he's soooo cute there even tho he's not that young anymore...