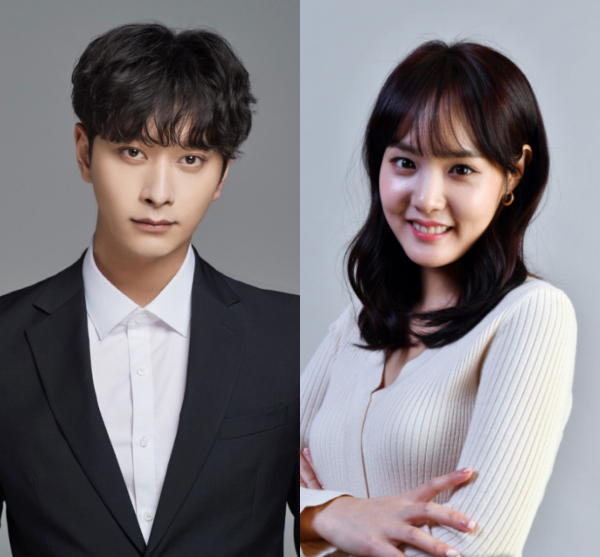 I feel like it’s been awhile since we’ve had a good ol’ love square in dramaland. Chansung (What’s Wrong With Secretary Kim) and Han Ji-an (The Vanished, Compatibility) join previously confirmed Sooyoung (Man Who Sets the Table) and Choi Tae-joon (Suspicious Partner) in the upcoming rom-com So I Married an Anti-Fan.

The Korean adaptation of the manhwa/novel-turned-Chinese-film follows the budding romance between a reporter and a top Hallyu pop star. Sooyoung will play the anti-fan reporter, Lee Geun-young, who turns against her former idol when she loses her job following an interview gone wrong. She and Choi Tae-joon’s character Hoo-joon, the top K-pop star, somehow end up cohabitating and bickering their way into love.

Chansung’s role, JJ, sounds like a formidable rival to Choi Tae-joon’s in both work and love: As a second-generation chaebol and head of an entertainment agency, JJ schemes to ruin Hoo-joon’s career as a result of his jealousy of the top star’s fame and relationships. His possessive nature will hit its peak when self-styled number one anti-fan Lee Geun-young appears in his and Hoo-joon’s lives. I’ve never seen Chansung take on a villainous role, so I will be interested to see if he can pull off an antagonist character.

Actress Han Ji-an, who isn’t exactly a rookie but has been in minor roles in both film and TV projects, will play B-list rookie Oh In-hyung under JJ’s management company, who is eyeing a comeback in showbiz. It sounds like she’s part of the reason for the rift in JJ and Hoo-joon’s friendship, and is caught between her former love for Hoo-joon and her ambitions to become successful in the industry. I haven’t watched any of the projects Han Ji-han is credited in, so I’m not entirely sure what to expect about her performance, but let’s hope she’s up to the task.

So I Married an Anti-Fan will be partially pre-produced, and will be simultaneously broadcast in South Korea and 160 other countries.

Tags: Chansung, So I Married an Anti-Fan

Chan Sung has always been good in comedic role that I don't want to see him as an antagonist but it's good to see actors up to more challenges. I also appreciate how Chan Sung slowly gaining acting experiences here and there from small and variety of roles. Hopefully one day he will get his lead role when he is ready for one.

The premise and Chansung being a villain really interests me but I'm nervous it'll start dragging in the middle.

I like chansung but JJ is quite an interesting villain that was pictured as someone who is quite mad (as in crazy). His obsession towards ho Joon character is unreasonable, he just want to have everything ho Joon had. I'll be quite worried with how chansung will play him but also curious at the same time. Hopefully they'll got somewhere to broadcast this soon so we'll get more info about when this drama will air.

This drama will crash and burn if the execution in not good. Please be good drama. You have a lot of tropes to your advantage. Use them.

Agreed. :/ A lot of tropes to it's advantage is right. I'd say it's positively overflowing with tropes - the cup runneth over.

I like the casting but I'm not keen on this plot. Hoping the execution is good.

I agree this could go badly wrong if not done carefully. But I'd love to see them throw all the tropes out the window and try for something new!

Yayy!! Chan-Sung playing a villain sounds interesting. I'm in for this drama.^^
I just hope the directing should be good coz though the C-Movie was not so good but still I liked the premise.

"So I Married an Anti-Fan... will be simultaneously broadcast in South Korea and 160 other countries." Heol.

This is not a complaint nor a request-- I'm super grateful for all that DB is providing for us again and I know it would be greedy to ask for more-- but I miss the map that we had on the old site that showed all the countries that beanies were logged in from in real time. I love how diverse our community is, and I hope it can become even more diverse, while still retaining its positive vibe.

Oh my gosh, I had completely forgotten about that and how fun it was to shriek in my best Valley Girl voice "ohmygahd there's someone on in TURkey!" Or KENya! or EsTONia! (Hi redfox!)

Yeah, it was really cool. Sorry to give you map-envy.😟

Yeap, 160 countries. It turns out US has bought it, same goes to South American countries. It is co-produced with Warner Bros Korea thus explaining the broadcast coverage. lol

I'm hoping this is a good drama for Choi Tae Joon's sake. He's been wonderful in his recent second lead roles.

I hadn't seen Chan Sung in anything until I saw Secretary Kim and I really liked him in it! I'm looking forward to this and seeing another side of his acting ability. Can't wait!

He was in this show called My Horrible Boss/Ms. Temper & Nam-Jung-Gi.

I know people that disliked the show but I thought it was pretty solid and he was solid in it. His character did become more flashed out as the series went on while still keeping him what made him him.

Thanks! I'll give it a try!