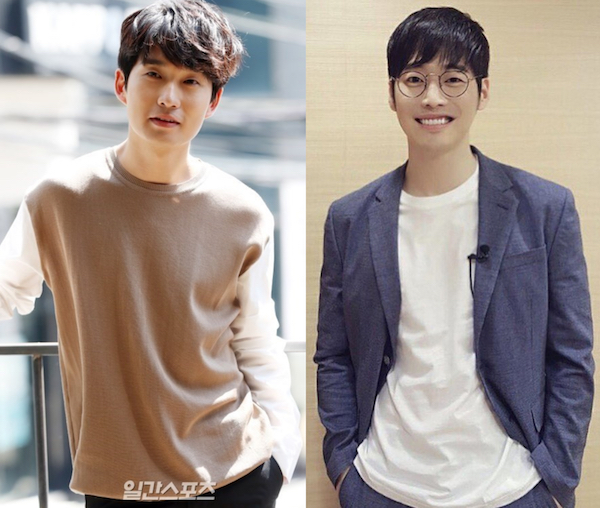 After four (long) years, Ryu Deok-hwan (Miss Hammurabi) is returning for the fifth season and self-titled “reboot” of God’s Quiz, the medical forensics drama that first aired on OCN in 2010. Kim Jae-won (About Her, Father I’ll Take Care of You) is expected to join him in this rebooted series, but his casting has not been confirmed.

Ryu Deok-hwan is reprising his role as the genius medical examiner Han Jin-woo. After the traumatic incidents of the fourth season, the fifth season starts off with him living like a hermit in the mountains of Gyeonggi, when certain “accidental” deaths start occurring. Although these deaths seem to have occurred due to natural causes, Jin-woo finds a clue that leads him to believe this is a serial murder case.

Kim Jae-won’s role has not been detailed, but it’ll be a quick turnaround for him if he decides to confirm signing on. He is currently acting as a lead in the SBS weekender About Her. Despite my love for him dating back to his miniseries Romance days, he’s solidly been staying in family/makjang weekender territory for years now with the occasional foray into sageuks. So I’m quite surprised that he’s considering a short crime procedural like God’s Quiz. In any case, it’ll be interesting to see how he and Ryu play off each other’s energies.

God’s Quiz 5: Reboot will begin airing in November, following the run of Hand: The Guest on OCN.

Yay!! I quite like this series and it seems like one of the VERY FEW in K-dramaland where the multiple seasons format is working :) I was hoping that SUJU's Donghae would be coming back, but it doesn't seem like he's making an acting comeback anytime soon DX

I said it once, I'll say it again, Thank God.

Also I'd like it if Kim Jae-won would join cause I hate family dramas and I want to see him again in a drama.
Last family drama I finished was The Gentlemen of Wolgyesu and before that Ojakgyo Family. So I have a bad track record...

YAY!!!!!! So happy about this! This has been one of my favorite KD series ever and I absolutely love Ryu!!!! Will definitely be watching this!!!!

I've not watched the other seasons though heard good praises about season 1&2 and this premise has drawn my interest. Can I dive into 5th season without watching other seasons?

Woo... The addition of Kim Jaewon? I like that idea, even though idk what's his role yet..

& I have been repeating this for the umpteenth time, when will Yoon Joohee confirm?! xD

Thanks for the casting news for GOD'S QUIZ 5 tineybeanie. Woo hoo! Not only is Ryu Deok-hwan back, but Kim Jae-won will, I hope, sign on the dotted line. I really enjoyed his performance as King Injo in Hwajung / SPLENDID POLITICS. Manseh!

Yessss finally! And our Detective Kang will be joining again too, right? Because one season without her was one too many.

I haven't watched God Quiz before. The premise is giving me Criminal Minds vibes( the American series). So I'm interested now.

I'm completely unfamiliar with this series as I've never watched the previous seasons. From the description, it's not something I'm used to seeing Kim Jae-won in, so it'll be interesting to see him here if he signs on.

If KimJaeWon joins it will definitely be a plus but I need to know that Detective Kang will be back too. Pretty please!!

I've heard a lot of things about this series but yet I've never watched it before. Maybe I will watch this one.

Yeay! Ryu Deok Hwan & God's Quiz is back! I remembered that I binge watching this drama from season 1 - 4 for a week after I found it from viu/netflix.

Can we have hope for a season 6, since this say reboot. Does this means the franchise is once again alive?

I truly hope so.