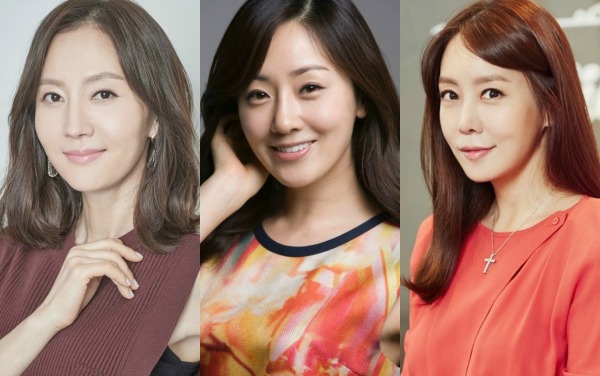 So, basically I saw the title Princess Maker and the word satire and went, “I’m in!” It’s a new JTBC drama in the works, and it’s described as a black comedy dealing with the top 0.1% of society. I’m a bit tired of dramas dealing with the creme de la creme (i.e., uppity rich folks), but hearing it’s a satirical comedy has me a lot more intrigued.

There were knee-jerk initial reports of Kim Jung-eun (Duel, Make a Woman Cry) being considered for the drama, but those were swiftly denied. Yeom Jung-ah (Mirror of the Witch, My Neighbor’s Wife) and Oh Na-ra (My Ajusshi, Woman of Dignity), however, are currently considering the project that takes place in a four-story apartment building in the suburbs of Seoul inhabited by a number of professionals: doctors, judges, prosecutors, professors, and their wives. (Ugh, I hate that all the professionals are the husbands and the drama is about their wives, but I suppose there’s an interesting story to be told in this setup.)

The wives all hail from prestigious and highly educated backgrounds, and part of the plot will feature their efforts to get their children admitted into universities. Some grew up in families with multiple generations of doctors or lawyers, and their ambitions will be depicted with realism and comedy. It sounds sort of like a tweaked Woman of Dignity, where the hyper-focus on the absurd lives that the characters live gives it a twisted sense of humor. And while it’s too bad Kim Jung-eun is out, I can absolutely see Yeom Jung-ah killing it in this kind of milieu; her intensity and charismatic energy would make her a force to be reckoned with.

Princess Maker will be directed by PD Jo Hyun-tak of Daemul, Maids, and Mirror of the Witch (ah, he’s very good!) and written by Yoo Hyun-mi of Gaksital and Golden Cross. The drama is aiming for a weekend timeslot to follow Third Charm, which follows the currently airing My ID is Gangnam Beauty.

Can we get some updates on Love Alarm? What is the casting status for the drama?

I didn't recognize Yeom Jung-ah as the crazy powerful shaman in Mirror of the Witch. But Oh Na-ra I've seen in different shows and liked a lot. :)

So, basically I saw the title Princess Maker and the word satire and went, “I’m in!” Same same same. this sounds super intriguing

"(Ugh, I hate that all the professionals are the husbands and the drama is about their wives, but I suppose there’s an interesting story to be told in this setup.)"

I totally agree with you, @javabeans , because if "...The wives all hail from prestigious and highly educated backgrounds...", then my question is, then, why are THEY not depicted as the professional "doctors, judges, prosecutors, professors" instead of the husbands????? *Sigh*

I had the same question!

Ikr! Don't let this be another Desperate Housewifes! Not when they cast Oh Na Ra.

Love jTBC for producing dramas for the women in the 40s. They are more capable of powerful performances especially Yeom Jung-ah.

I like the premise and coz of Oh Na Ra whom I loved in My Ahjusshi I definitely want to watch this drama.😍

This is the show that eventually became SKY Castle!