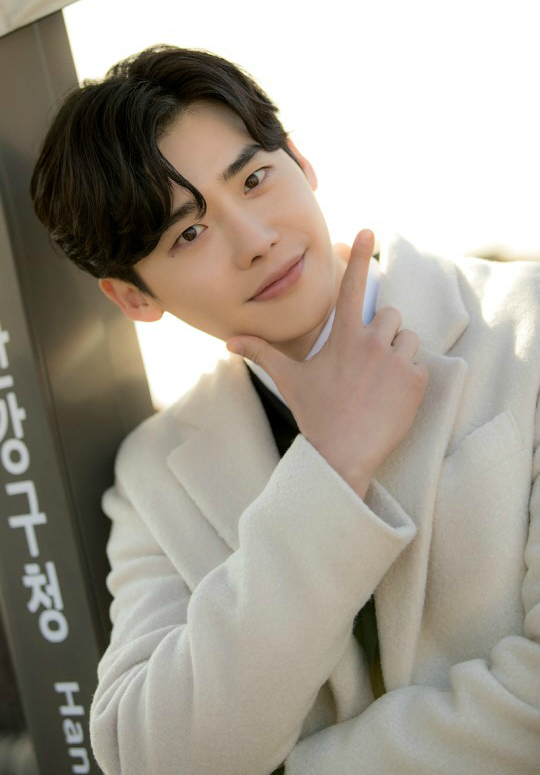 There’s been a whole flurry of news activity surrounding Lee Jong-seok (While You Were Sleeping) and his next project, which is drawing extra attention because it’s likely to be his last before enlisting for army duty. There were reports that he’d been offered the leading role in a K-drama remake of Younger, the American romantic comedy series produced by Darren Star about a 40-year-old woman who pretends to be a 26-year-old in order to get a job. But it turns out that Younger is out of the picture now, and he’s considering a different romance drama for tvN called Romance Is a Supplement.

The new series comes from acclaimed PD Lee Jung-hyo (Life on Mars, The Good Wife, Witch’s Romance, Heartless City), who is re-teaming with writer Jung Hyun-jung (Five Kids, Discovery of Romance, and all three seasons of I Need Romance). The PD-writer pair collaborated on I Need Romance 2012 and Because This Life Is Our First, and were considering helming the remake of Younger together, but in the end they went with an original drama.

All we know about Romance Is a Supplement so far is that it’ll be a relatable romance about thirtysomethings, which sounds exactly like what I’d expect from the writer of the I Need Romance franchise, which was upbeat, sexy, and full of complicated modern relationships. I have to say, I’m a little disappointed that Lee Jong-seok won’t be headlining as a noona-killer just before army duty, but I have a feeling he’ll be getting a dozen more offers before he’s forced to decide on his final project.

Romance Is a Supplement is being considered for tvN’s early 2019 slate. If Lee Jong-seok confirms, the drama will be fully pre-produced so that filming can be completed before he has to report for army duty. Well, live and learn.

Via IS Plus, TV Report

There's not much about the premise and I want to see him in a drama but I wish he just enters the army. Already he has avoided the army due to his drama While you were sleeping. It'll be better for him to enlist and then make a comeback with a awesome drama.

Since YDJ has set an example now everyone will be careful. I am still sour regarding lets eat 3 packing up quickly. So I hope actors take wise decision and enlist quickly.

He's barely a few months younger than Yoon Doo Joon with his 29th birthday (international age, which means that his Korean age is higher) ... trying to film another full miniseries is not exactly wise, even doing a short is risky enough considering that the Korean Army is very strict on this (they have to be unless they want to risk a PR disaster).

He has a 2 episode short coming out soon with in-demand Shin Hye Sun and Lee Ji Hoon (both of whom are coming off different weekday miniseries) so I don't get why he feels the need to put his name out there again before enlisting.

Just go, Lee Jong Suk. Knetz won't be easily forgiving anytime in the near future since you have the Yoon Doo Joon case as a good warning.

Filming for Death Song wrapped up before Shin Hye-sun started 30 but 17, but I agree. It's risky for Jong-suk to take on another project, especially a full-length drama, when he can be called anytime.

I think he maybe gets an exemption for not being an idol but also because he is pursuing his postgrad so he can't be enlisted till he finishes that.

Using post-grad as an excuse to postpone enlistment is actually a major issue against celebrities. The new SK government is taking steps to crack down on this so they're stricter now.

South Korea made a revision on their military law to prevent all males from delaying military enlistment so he really needs to enlist right away. Avoiding enlistment will just backfire on him.

Good thing I'm a guy so I won't really care about oppas getting drafted and I won't have to worry about favorite actresses going into the army :)

But, govt is planning on starting something for the women (for multiple reasons, dec birth rate, unfair to men ).. but i doubt women will be willing to be an equal partner in these scenarios :) else they would have made it mandatory ages ago

So glad he's not doing a remake of some random american show! This plot sounds 100x better than that other drama.

Humm, would be his 1st work under his new agency, n i think he would want to do at 1 work for the agency before the army enlist him. Look forward to his last drama b4 army, will wait for his return.

i thought he already served..

With all these wonderful dramas on the resume I will be keeping my eye on this.

Witch’s Romance was made by this director but not written by this writer.

@trinpie You mistaken the niche drama they worked on as the hit tvn drama of 2017. They did not make Because This is My First Life, but a 2015 mini mini series “My First Time” aired on some smaller channel.

Anyway, I agree @sweetsour this writer is not promising at all. The PD is daebak tho👍🏻.

I’ll believe the drama summary when we make it to the drama finale without LJS somehow getting thrown smack dab into the middle of a murder mystery.

or has a special gift/sixth sense..

I'll watch him in anything, although I am also disappointed he isn't doing one last Noona romance before the Army. Hopefully it's better than While You Were Sleeping.

The I need romance series is the least fav of Lee Jung Hyo's work unfortunately. I was hoping his next project will be another the likes of heartless city or life on mars kind of drama.

Lee Jong-suk is my absolute all-time favorite person ever, but even I want him to just enlist already. While You Were Sleeping was a disappoint for me after W was so good. And then I've waited in anxious anticipation for so many months to see him on screen again because I knew that if he didn't act quickly he would be drafted before he could be in another drama. But he didn't act quick enough (I don't know his circumstances, but he probably just didn't get lucky with timing), and choosing a big new project now is just not a good idea at all. Jong-suk can just enlist, disappear for 2 years, and make a grand DOTS-esque entrance back into dramaland. His reputation is big enough for that to work, and I'm sure the army will just make him hotter. Celebrity management though, we'll never understand how they think. If my dear Suk ends up like Yoon Doo-joon, I will be So Disappointed.

Nope, a DOT-esque comeback would be the last kind of work I want for him. If anything I want him to pull a YAI after his enlistment rather than remaining merely a Hallyu name because I believe he’s capable of taking his acting to a higher caliber.

Look at tvn grabbing all the hottest young stars today - LJS, PSH, PBY & KSH all in one go. They know talent when they see it.

Life on mars PD? I didnt read anything else. Just saw the title and came to comment. Haha. I like life on mars. I wished his next drama would LoM 2 though lol 🤣

Isn't he supposed to enlist, like really soon looking at the Yoon Doojoon situation ? Or did I miss an exemption notice.

I'm so happy he declined the offer. I'll be happiest if he goes to military- he should enlist already before creating a uproar for delay enlisting. He can make a great comeback after 2 years and we will be waiting for him. *___*

I like him so if he signs on for this I'll be watching definitely but if there is any chance of enlistment coming in the way it would be better if he just finished that first.

I love him and really miss on the screen but if it makes him getting trouble because delay the enlistment then I'd prefer waiting 2 year for his grand come back.

Actually I also miss him as noona killer but looking on his age, I can't imagine him as little puppy anymore :D
I would prefer him like Chul in W

... was me reading just the first two sentences. BUT NOW I CAN'T GET THAT OUTTA MY MIND! I didn't even KNOW they were remaking Younger! Omg! I'm so excited you guys! Haha. I ADORE Younger! Who else is keeping up with the latest season right now and THOUGHTS!?! Now I'm imagining Lee Jong-seok playing Josh and omg. Okay, now I wanna know more about this remake. And dream cast!?!

ANYWAYS, the original drama sounds good, too. Cute, realistic, and relatable romance is always welcomed in my book.