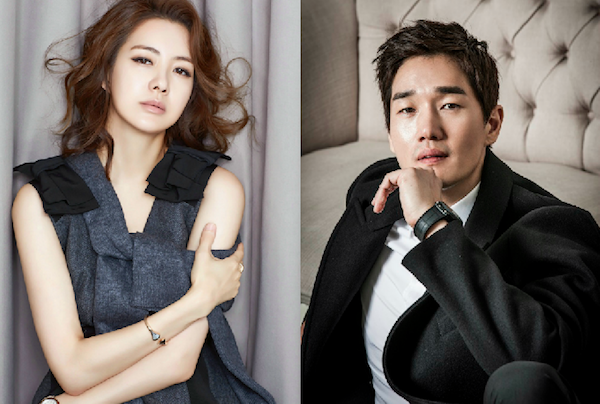 It looks like there’s been a casting switcheroo for historical drama Different Dream. Originally last year, Lee Young-ae (Dae Jang Geum) was considering the project, but it looks like she’s no longer a part of the project. Instead, Lee Yo-won (Buam-dong Revenge Social Club) will be leading the cast as the spy-doctor heroine. She’ll be joined by the one and only Yoo Ji-tae (Mad Dog), who will be playing the famous independence fighter Kim Won-bong.

Taking place amidst the backdrop of historical Gyeongseong (now Seoul), Manchuria, and Shanghai, this melodrama will make the Pacific War the centerpiece of conflict. The story begins in the early 1900s during the imperial Japanese colonization era. A Joseon girl is adopted into a Japanese family and grows up to become a beautiful surgeon with a secret. By day, she’s a life-saving doctor, but by night, she becomes a country-saving secret intelligence agent.

Yoo Ji-tae’s character Kim Won-bong is based on the actual historic figure who was famed to be the leader of the Euiyeoldan, an underground independence group. The character is described to have a “fiery heart” and move with “decisive action.” The drama captures the time of his life when he becomes an intelligence agent for the Provisional Government of Korea (based in Shanghai) alongside Lee Yo-won’s fictional character, Lee Young-jin.

Different Dream is a tribute in honor of the centennial anniversary of the establishment of the Provisional Government of Korea, which was a huge step in Korea’s fight for independence. Director Yoon Sang-ho (Legend and Saimdang, Light’s Diary) and writer Jo Gyun-won (IRIS, IRIS 2) will be joining forces for this period spy drama.

It will begin airing in the latter half of 2019, and the filming is set to begin this October.

That is, this is like the continuation of Mr. Sunshine???? 😉

Hahaha, MTE. But it's always like this with K-drama. Last year we got dramas set in prison, and now the Japanese occupation era. They probably will use many properties from Mr. Sunshine.

And her name is Yongpal 😁

It will be a mashup of YONG-PAL and GAKSITAL -- but no mask will be needed. ;-)

I haven't watched any of them yet. Although I have heard Gaskital is very very good. Maybe one day I will watch it. 😉😉😉😉

I'm so ready to see Yoo Ji Tae again! I'll even bear through a historical drama for him, although the premise sounds more interesting than your average saeguk with the political marriages and fights for the throne. Excited to see that the female character is a supposed badass! The writer kind of worries me though, I liked Iris, but Iris 2 was...a mess.

"By day, she’s a life-saving doctor, but by night, she becomes a country-saving secret intelligence agent." Does her day consist of more than 24 hours?

The only thing I can do after my day job is pour myself a drink and try not to kill my kids. The more accurate storyline is “doctor by day, imaginary spy by night by reading books, watching kdramas, or sleeping.”

I guess she'll also have got time to glam herself up, not showing any signs of exhaustion.

While dancing backwards in high heels...

Kdrama characters can time-bend like master jedis. This explains how they work overtime yet still find time to meet other lead, have dinner, drink, ... and still wake up the next morning fresh as a daisy.

She probably closes shop/clinic early. Her services as a doctor are too expensive, that's why her clients are few—only the filthy rich ones preferably (to get their money to fund other activities). Or nights are just long in Korea. Dunno. :) A single day cannot even make me finish binge-watching a single series. Ha!

The plot is pretty enticing, but the writer had me pausing. IRIS & IRIS 2 were ages ago; I wonder if the writer has improved. He actually does not have any recent works and IRIS 2 was his last drama. :/

I just finished watching 'Chicago Typewriter', which also involved a doctor who was also a revolutionary in the 1930s.

Lee Yo-won is my girl crush 😍
Hope she will have a good character to play like in her last dramas (Mrs. Temper, Avengers).

I am loving this trend of badass women. Especially in a historical setting. I am in!

So, this will be the story about freedom fighters many had hoped for in Mr. Sunshine? (me, I'm ok with following the lives and loves of a few characters in that drama).

So much prettiness in one drama. I love both the actors and I hope it airs on cable channel. The drama will be EPIC and I can't wait for 2019.❤️

I saw somewhere that it’s being considered at MBC

This could be awesome!

Thanks for this casting news, tineybeanie!

I've only seen Lee Yo-won in 49 DAYS and the sageuk DAEMANG / GREAT AMBITION with Jang Hyuk. It will be interesting to see her play a doctor and a spy during the Japanese occupation.

Yoo Ji-tae was terrific in MAD DOG. The 2001 film ONE FINE SPRING DAY with Lee Yeong-ae is the only other production of his I've seen so far. I hope some of the MAD DOG crew reunites with him in what promises to be an intense action show.

Oh my god, if they have a loveline I will die from the incredible hotness.

I find Lee Yo Won's acting in "Night Light" one dimensional and for lack of a better word uninspired. She did better in 49days. Although, if you compare her acting in both dramas and you've seen 'Ms. Temper' n 'Avengers Social Club' her characters always have the same feel. I like her but the acting leaves much to be desired.