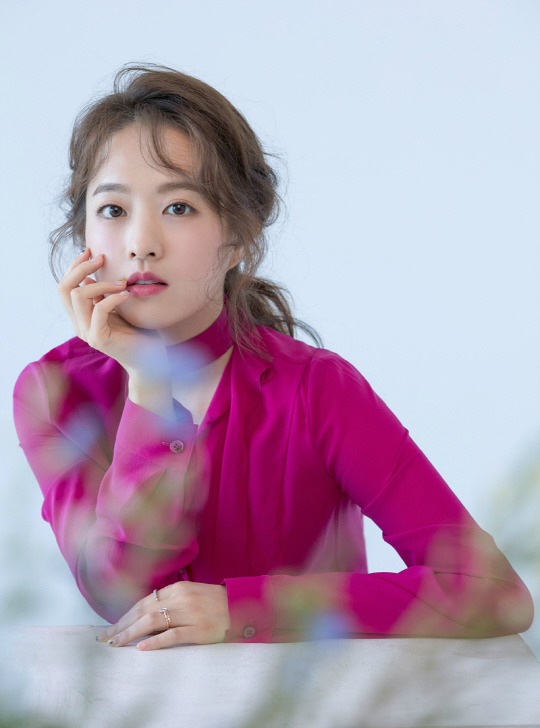 Park Bo-young (Strong Woman Do Bong-soon) headlining a new drama is always something to get excited about, so I’m definitely happy to hear she’s selected her next one: a tvN drama titled Abyss.

It sounds like a wacky premise, centering around a beautiful female prosecutor and a hideously ugly man who, through a mysterious and magical soul-reviving abyss, are reborn into a completely average-looking woman and a beautiful man, respectively. In the process of searching for the secret of how she changed, Park Bo-young’s character discovers true love. The character is described as having “cute charisma,” which is one of Park’s fortes, and she’s already shown that she can find the comedy and heart in playing one role with dramatically different personalities (as she did in her last tvN drama, Oh My Ghostess). So I’m eager to see how she’ll get to play one personality with two different appearances this time.

The rest of the plot remains a mystery, and there are a lot of questions I have about this vague and cryptic-sounding premise, like how you’re going to make me believe Park turns into an unattractive plain Jane. But Park Bo-young is one of those actors who has a history of picking projects well, so I’m fully looking forward to what kind of shenanigans will be in store for us.

Abyss is looking at an early 2019 broadcast on tvN.

Not very keen on the whole premise regarding an attractive male and plain jane female. Needs alot of convincing for me to believe Park Bo Young looks average. But it's PBY so I'll watch anything she's in

MY GIIIIIIIIIIRL PARK BO YOUNG!!!
I’m confident she can pull of 2 roles in 1, but yea, imma need a LOT of convincing that she’s a ‘plain Jane” because the girl is a natural beauty 🤗🤗🤗

Ah. I misunderstood earlier and thought the drama was about a beautiful woman and ugly man. Now I see it's the opposite. As always. All my excitement just died. I'm already done with this drama. Nope.

me too. i thought the male was going to be the unattractive one but of course it's always the female. Also the premise gives me She was pretty vibes which i loved so i'm not writing it off yet.

There are probably more, but I can think of two dramas in which the guy is an ugly duckling who gets the beautiful girl-- however, both dramas are kind of obscure: 1) The Accidental Couple (2009) with Hwang Jung-min and Kim Ah-joong (who weirdly, was falsely rumored to have died earlier this week: https://www.allkpop.com/article/2018/08/label-sharply-denies-rumors-that-actress-kim-ah-joong-has-passed-away), and 2) 101st Proposal (2006) with Lee Moon-sik and Park Seong-young.

Thanks for the info 😄

Thanks for the dramas! Good to know there a grand total of two, the other way round. At least they exist. :/

I didn't watch it, but does Hogu's Love count? Or is that just an introvert guy ending up with the popular girl? What about the 2-episode show to.Jenny?

i guess in a sense but the males in that drama were more beta males rather than unattractive. Going by this premise it seems to focus more on appearance than personality but it could be the same case .

@inkcityxx I guess that's true. They all use attractive people and write them up as outcasts or ugly so I can't tell anymore which one it's supposed to be. >__<

Using attractive people and writing them up as ugly is exactly what they're doing with Park Bo Young here. Or Hwang Jung Eum in She Was Pretty. Or a few other examples I can think of. I meant that it's about time a show said the Male Lead is unattractive.

Of the shows mentioned, I've only seen to.Jenny and it isn't stated anywhere in the show that he's unattractive, just that he's painfully shy. A beta male as @inkcityxx says.

I remember Accidental Couple. Hwang Jung-min was really good in the role.

Ikr? It's like the gods of dramaland have never heard of such a thing.

The catch with K-Dramas since they cast really gorgeous people for every part, except very rarely a comic role, it's hard to believe anyone is really ugly no matter how rough they make them look. Like, "My Husband Oh Jack Doo." Dude was smoking hot wearing flannel and needing a shave and cleaning him up and putting him in a suit just made him look a smidgen hotter (mostly cus the suit showed off his trim figure more than 5 layers of jackets and vests did).

I read on Soompi that it was a beautiful woman and a plain man. Unless I was mistaken?

Yup that was the soompi report. Dramabeans says so too - and then they are reborn the other way round. Great. :/

i won't see too much into it (that cliche thing). rather, i would like to see how this 'hideously ugly' man turn into a 'beautiful' man. 'hideous' and 'ugly' are strong words. i don't think it's just about appearance. maybe personality wise ?

I am happy at least there will be a rich woman vs poor man in upcoming tvN's drama which has Song Hye-kyo and Park Bo-gum starring in it, because usually it is the other way around.

I'm definitely looking forward to that one!

Dramas really love to cast beautiful women and call them "plain." I won't write this off yet, but we'll have to see.

If PBY is willing to believe in that premise, so will I! Bring it on.

Exactly my thoughts. Before watching I don't want to be prejudiced plus the mystery part is not at all clear.

when i first heard prosecutor role i groaned but i'm glad its just a profession and not the show's premise. this is pretty interesting but i just can't imagine who they can cast as the male lead based on his character description

I've missed her so much.

I'm extremely glad that now she's back to dramaland.😍
The premise is interesting though the ugly or plain girl and beautiful man falling in love is too mainstream but if perfectly executed I might love it.
I'm not being prejudiced here.
And happy that it's on TVN.

TVN or any other cable channel too like JTBC is also has awesome dramas since last year.😍
So whenever a good premise is there i immediately want them to get aired on a cable channel.

Park Bo Young seems to like doing cable dramas a lot, either tVN or JTBC. I’m not complaining, it might be that the cable companies give her more creative expression than the bigger broadcast companies.

There is no fear of failure on cable. Even if you get only 2% ratings the drama still qualifies as a hit or mild success. Cable is safer then public channels these days.

At least in She was pretty, they didn't have to reborn, they just grow up for the pretty girl to be the ugly one and vice versa for the guy x).
Don't know if I'll watch that one or not, will wait to see more of the cast and trailers later this year.

Park Bo-Young could read the dictionary and I would watch it.

Park Bo Young, yes.
Premise... not sure.
But I'll watch her in anything. She's a class act.

Park Bo Young in anything is enough to make me watch - I've loved all her drama projects so far...definitely in!

Not sure how they gonna plain-ify the ever-loveable PBY. Will if follow the standard kdrama not pretty combo of curly hair+freckles+glasses+clumsy? In She Was Pretty, the FL is far from ugly, she's just unkempt.

Lol this premise... I mean what causes the switch?
Is it that their outsides don't reflect their personalities and so now they have to live the other way? Is the leading lady actually getting a lesson in being a nice person? Also do they switch back?

This looks scenario is not the scraps of the premise that should have been revealed first lol.

Ahh, I had issues with BIG. Like, the mystery around Gong Yoo before-coma never got solved for one.

Lol, I'm ready to be in touch with my emotions as long as it's all reasonable and makes sense. I guess we'll have to wait and see what other info comes out about this one.

The power of makeup artists. I was staring and staring at that photo and still didn't recognize Park Bo-young. Oh! I see it now.

In what world is Park Bo-young average... tf

Its the same world as where Shin Min-ah gets to play both plain and chubby.

If it's PBY, I am in!!! I am utterly, crazily and hopelessly in love with her! If she would be a man I wonder🙄...
Anyway, she is great! At least I have to try to watch this for her.

I love her she's my favourite Korean actress, so I'm really excited for this.

Park Bo Young as a plain woman? Well good luck show. If they managed to give IU plain and ordinary look for My Ahjusshi, maybe they can do the same with Park Bo Young.

I mean, to me PBY is beautiful through her charisma and personality and obvious talent. she's not an eye-candy or drop dead gorgeous (which I think helps her in her career), but with the right styling she's a show-stopper. I think if any of the top actresses could play a plain jane it's definitely park chamelyoung.

Biggest mystery of this drama: How on earth will they manage to make Park Bo Young convinsibly as an average Plain Jane?!? 😆😅

Anyway this sounds like the american tv series Drop Dead Diva, which is also supposed to get a remake (but it's been delayed) and very questionable how they can remake it well anyway. So I'll gladly take this similar sounding drama instead with its own original plot and no remake ;)