This love story follows a young couple's romance from their twenties to their thirties. The two are complete opposites — one is neat and tidy and always has a plan, and the other is emotional and spontaneous. Their relationship begins during a blind date.

This love story follows a young couple's romance from their twenties to their thirties. The two are complete opposites — one is neat and tidy and always has a plan, and the other is emotional and spontaneous. Their relationship begins during a blind date. 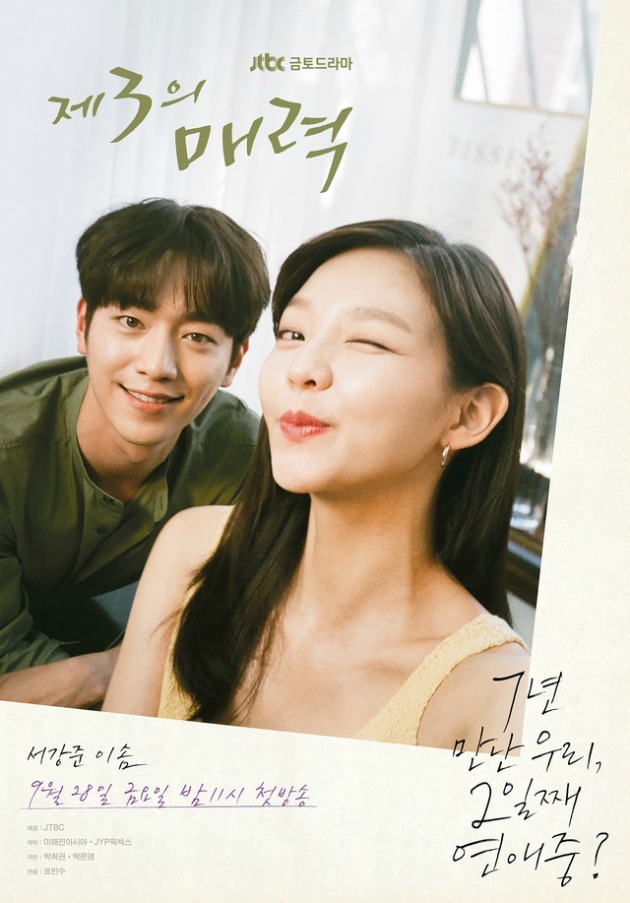 JTBC’s new Friday-Saturday drama The Third Charm might not be high-concept, but I love a good romance-through-the-years story, and this one promises to be sweet and sentimental, and judging from the pictures, utterly adorable. Seo Kang-joon (Are You Human Too) and Esom (Because This Life Is Our First) star as a couple who’s fallen for each other’s “third charm”—the thing that makes otherwise unremarkable people shine like stars in your eyes.

The drama comes from PD Pyo Min-su (The Producers, The World They Live In, Full House) and writers Park Eun-young (Maundy Thursday) and Park Hee-kwon (The Flu), and is described as an epic poem that follows a couple through the four seasons, over the course of twelve years. We’ll follow the couple from age twenty to thirty-two: spring at age twenty, summer at age twenty-seven, and fall and winter at thirty-two.

The seasons are metaphors for the stages of their romance, which begins with sweet budding feelings at twenty years old (featuring a very nerdy Seo Kang-joon and Esom in a cute bob). Then things heat up with the summer of their romance at twenty-seven, which is the stage pictured in the posters and the almost-kiss scene below. They’re described as an unusual couple that’s been together for seven years but is still on day two of their relationship. I don’t know if that means they took forever to make it official, or they just can’t keep their hands off each other. Fall and winter will show a more mature couple, and I anticipate angst in these chapters.

It’s a cool way to structure a low-key, slice-of-life romance drama. I’m already looking forward to watching something that’s pure romance without any boardroom scenes to distract me. Unless one of them is a secret chaebol. Or his robot replacement. That’s guaranteed corporate shenanigans right there. 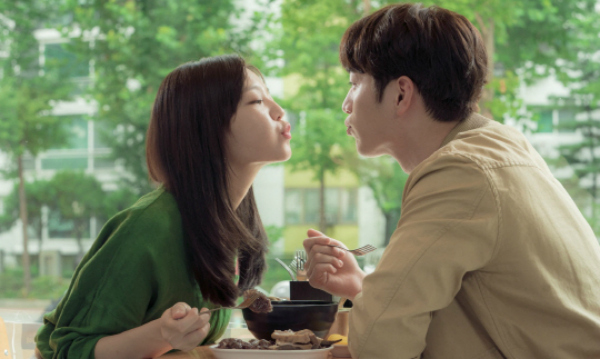 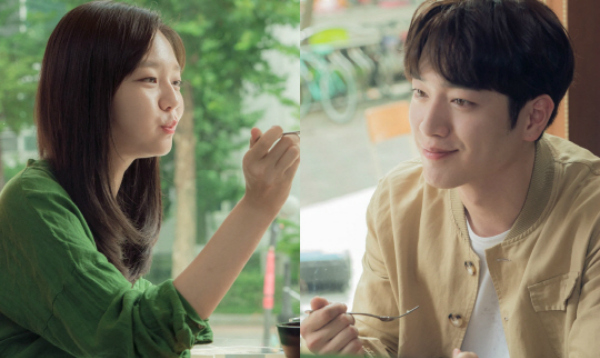 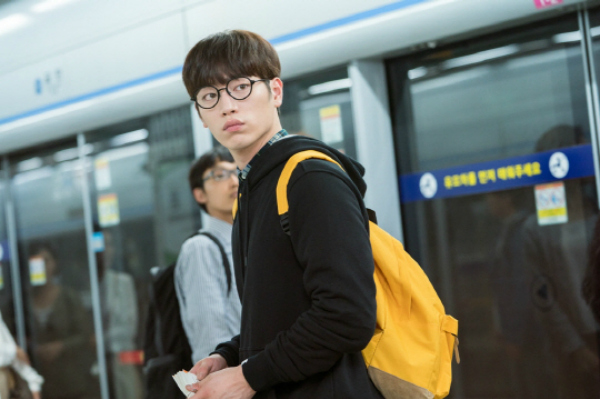 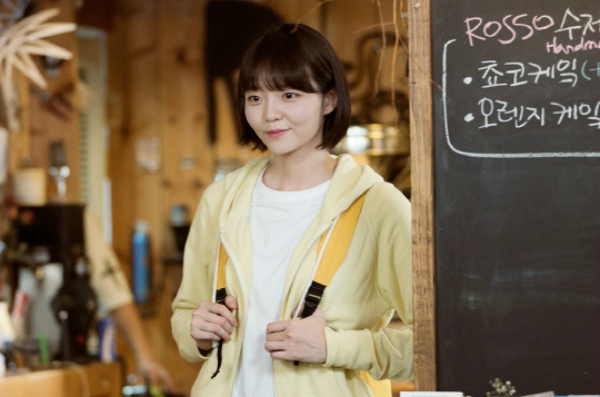 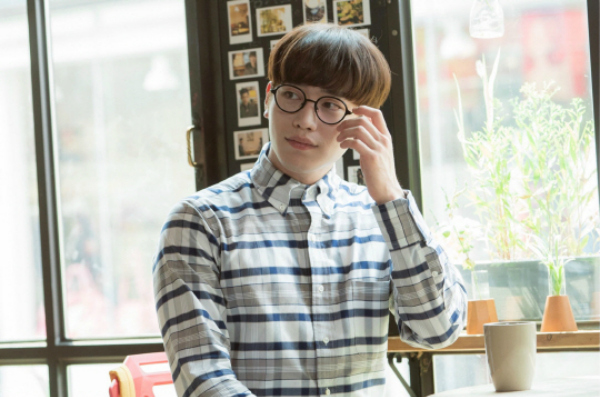 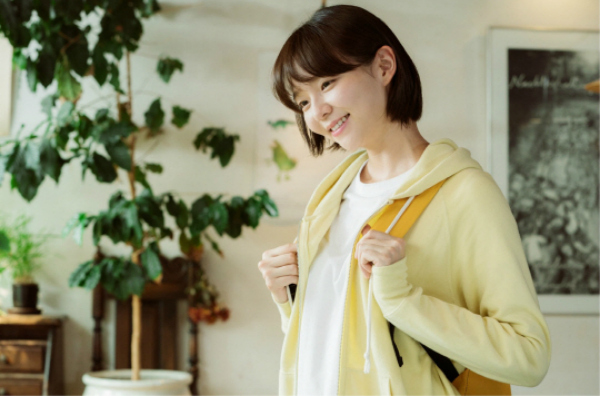 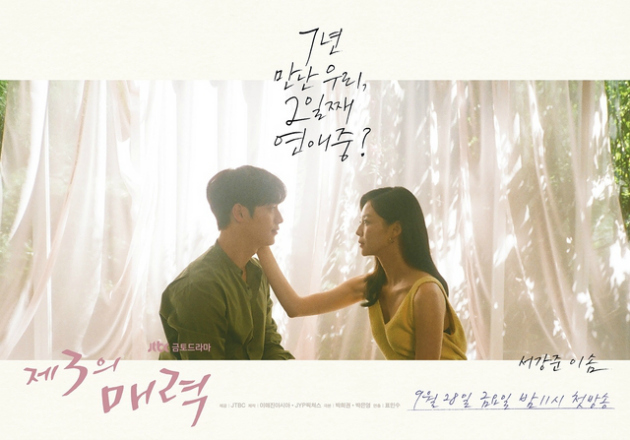 I’m probably one of the few who’s more excited about Esom than SKJ. I only saw him in 5 episodes of Are You Human Too before I dropped that show so he has yet to charm me completely. Third Charm looks really adorable so I guess I’ll need to check it out 😀

They want to kill us with this lineup of autumn dramas!

*waves* I'm much more excited about Esom than SKJ as well! Been a fan of her since White Christmas, and I'm really glad she's doing more acting projects now.

Call me a slow Beanie, because I loved the actress in White Christmas and never made the connection until you just mentioned it! Ditto with me, much more excited for Esom in this.

With you guys on this. She looks absolutely gorgeous in that picture. :)

So many must watch shows to cooomee😍 So excited! Slice of life dramas are the bread and butter of Kdramas for me, so many learnings to ponder about, hehe

Here with you friend !

Lol. I was thinking the same thing as I read this. She was so great on Because this Life.

I'm more excited about Esom too. I love her.

I didn't read the rest of your comment, but the same thing happened with me and Are you Human Too, except I think I made it 9 episodes. I will add, I don't think SKJ is as bland as I used too, but Esom is 100% the draw for me.

if it turns out to have interesting plot, it's definitely will be Esom who will get me watching in first place.

I'm super excited for BOTH. :D

I'll be damned if I don't have the first comment in a post about Oppa. (Pauses fangirling). I'm really looking forward to a sweet rom com and this one seems perfect. Preparing my heart for the onslaught of Seo Kang Joon's smiles. I think that them seeming like they are on the second day of their relationship relates to them being awkward and hesitant around each other.

I just realised that @cherryinbloom beat me to it

Ooops! Sorry about that 😅

It's totally okay. 😄😄😄 Let's just say I'm hyper when it comes to Oppa

What a surprise!. I'm abit dissapoint SKJ is choosing another rom com . And I'm not a fan with this PD.

I was hoping Seo Kang Joon would choose something meatier to let him grow as an actor. I'm abit iffy when I discover Park Eun Young is the one who wrote Hwarang. It's either this drama will turn into a gem «Like a Fairytale> Or a dissapointment that is hwarang.

I actually quite enjoyed Hwarang actually! SKJ put me off a bit after Are You Human Too. But I love Esom and will definitely watch this.

For some reason, I get confused between Esom and bae doona...

For me it's Esom and the main actress of Radiant office, can't remember her name now.

Go Ah Sung? Hhm.. Now that you've mentioned it, I kinda see the similarity between them

Yep, that's the one!
For some reason, the name Gong Seung Yeon was the one that kept popping up in my head

Because they acted together in the same drama Heard It Through The Grapevine right?

Lol I at one point mixed up Esom with Shin Hye-Sun!

If Esom and Seo Kang-joon are called "third charms" I probably am a 8,346th charm. XD

@mary~ You are the ultimate charm here in Beanieland!

No way, @mary! IT Goddess is in a class all her own. We're talking the Queen of Codefu. ;-)

Glad to see the issue at Fantagio has resolved.
I am thoroughly relieved to see artists from the agency in drama casting news one after the other.
A highly anticipated pairing in dramaland.
Go Esom and SKJ

both dramas I was ever excited for this year disappointed me so I hope the title of the drama is a self-fulfilling prophecy.
hype!!!

I love the cutesy, exploratory concept, I love Esom, I love SKJ, I love the greens and candid nature of the poster... I'm so waiting for this drama to grace my screen. Hopefully it lives up to the cute + premise.

only and only for SEO Kang Joon(loyality to my oppa)

YAY! excited for this one... it reminds me a tad of 500 days of summer and that one movie with Anne Hathaway and that other movie with Lily something?

Watching this because of Kang Joon, but I'm far more excited about his other project in the making, "Something about us"....Anyway, I like the nerdy looks, maybe it will be fun to see these two falling in love :)

I love the premise, I'm really looking forward to a pure, slice of life romance, especially the winter days.

This is not at all related to the post and I am sorry for that.

Is the drama LIFE being discussed somewhere? I would really like to read some constructive debates about the drama because I think there is so much in the drama than the usual hospital politics. I am seeing a lot of comments such as President Gu is the ultimate evil which I think ignores the nuances and subtleties of the drama.

SIGH, no unfortunately. They started it, but because it wasn't subbed until 2 weeks later, it was dropped. However I totally agree I would love to discuss Life with other beanies.

I think a lot of people are just discussing it on their walls and such. :\ But I agree with your President Gu assessment. The guy's got LEVELS.

I only see it on wall posts and the weekly What We're Watching. But... I'm surprised people think he's the ultimate evil. :O Did his character drastically change? I'm a bit behind on the episodes but before that, most discussions I saw were torn about him, saying he makes good points about the whiny doctors and he has a conscience, but you can't fully trust him because his motivations are still for profit.

I mostly see such comments on the sites I am watching. I think since most people are used to watching dramas with righteous-underdog-against-big-baddie it is easier for them to identify with YJW's struggles. They are like since he is not opposing chairman's actions he is the same as him.

That's too bad. :( I like it more when characters struggle! I don't want someone who's confidently righteous from the start (and YJW isn't a straightforward "good" anyway). But it's the wildcards like Seung-hyo that put me on the edge of my seat cos you don't know what they will do later, though you're hoping they will end up (grumpily) on the side of good.

Waiting for a legal stream source of Life to begin watching.

looking forward to it

Look at this...5URPRISE members surprising us one after another!! 😁

Ah! I am so excited about this!!! I love Esom! I was invested in her romance more than the main couple in BTIOFL! and SKJ is a damn good actor as his acting chops shined thought in AYHT. I just hope it is an easy breezy drama as the posters suggest and they dont dwell on angst or family secrets or inapproving chaebol parents or TODs or amnesia...

OMG! These two look so cute! Love them both! Looking forward to a nice romance that hopefully deals with real life issues.

I'm really excited at the prospect of watching a human seo kang joon on my screen again. Never imagined I would have to say something like this. 😂 But I guess watching him on AYHT and knowing that he's someone unable to emote was really hard to come to terms with.
And him and esom make such a cute couple! I'm more excited about the mature version of him though.

(The Flu), and is described as an epic poem that follows a couple through the four seasons

At first, I read this as: described as an epic poem that follows a couple through the flu season - hahaha

Anyhoot, Kang-joon is a favorite of mine in dramas and K-variety shows, so yay!

I thought that was woo do hwan in the glasses for a moment... Sorry for the superficial comment ><

Waiting to see this! They are now shooting here where I live in Portugal in Lisbon. So will be looking forward to see the show and see where they shoot...I just hope they are going to some of our great history landmarks in Sintra and take a stroll in Cascais...can't miss this rom-com. :)

Wow, this looks right up my alley! Love the actors too. I'm so glad for Kang Seo Joon. It's nice to see his career picking up steam after Entourage, as I recall the Beanies that Be being worried for him after that! I've been rooting for him since Cunning Single Lady and Cheese in the Trap. He had a fantastic performance in Are You Human Too!

I like the set up of this drama. It kind of reminds me of my relationship...my fella and I are 32, have known each other since we were 17, and have been dating for 7 years. I suppose that makes it winter for us 😂

Finally!! ESOM is freaking underrated and I can't wait to see her shine. They end at my age so it better be uplifting and yes plizz NO chaebols or robots. (*_*)

"Robot replacement" awww staph it you