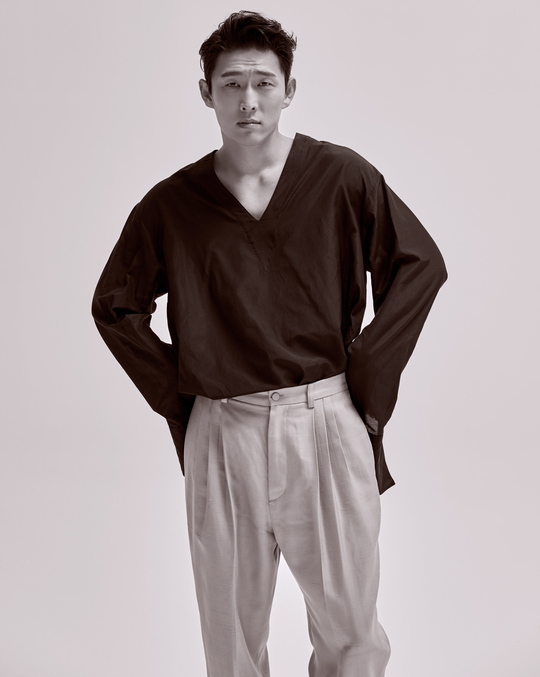 More casting news is coming out for the SBS drama Hot-Blooded Priest! Actor Go Joon (Misty, Rescue Me) will be joining the “extreme” comedy drama as Hwang Chul-bum, a former gang boss turned CEO of a trading company.

Kim Nam-gil (Live Up to Your Name) is the eponymous “hot-blooded priest” who teams up with homicide detective Kim Sung-kyun (Untouchable) in order to solve the murder of an elderly priest.

It looks like Go Joon is positioned to play the villain to Kim Nam-gil’s priest. Go’s character is described as smart with great business skills. By all appearances, he seems like a good person who is sweet and naive–but he’s actually a brutal and cruel man.

Go has been a supporting player in quite a few movies and dramas and I’m hoping Hot-Blooded Priest may be a breakout role for him. I’m looking forward to seeing how he’ll play the baddie in a comedic drama, and how he went from gang boss to CEO.

Hot-Blooded Priest will air early next year. The writer Park Jae-bum (Chief Kim) and director Lee Myung-woo (Whisper) are attached to the drama.

Wait, Kim Mal Gil is playing a priest too? This is the third ordained lead in recent times - we're definitely seeing the birth of a new trend in dramaland.

It's funny how trendy priests are, lately, eh?😅

I'm beginning to wonder if all these priests are really PPL for the Catholic church.

Shin Dong-wook, Kim Jae-wook, and Kim Nam-gil are all wearing the collar well.

😂 it really could be a bit of a campaign, you never know!

Yes, please, at least its not an OCN drama, I will have some light, hopefully!

I loved this guy in Rescue Me, I really want to see him in leading roles. He stole all of the scenes in RM (not easy to do, since many of them were with Woo Do Hwan) and there's something about him that reminds me of Suzuki Ryohei, who is a criminally underrated Japanese actor. I'll be watching this for sure.

Ah, would love to see him being so lovely dovey :)

Count me as one of those who loved him in Rescue Me. He has undeniable energy and charisma.

oh my... what is this temptation you throwing at innocent me~
first I thought shin dong wook is hella fine as a priest, you up the stake by giving me kim jae wook in all black uniform.... now this...??

I saw this actor for the first time in Misty playing character Kevin Lee. He was great at playing a guy you just loved to hate. His scenes weren't many but they were memorable. It'll be interesting to see him going head-to-head with Kim Nam-gil!

He's like an eye magnet in Rescue Me too. So much chaotic energy...