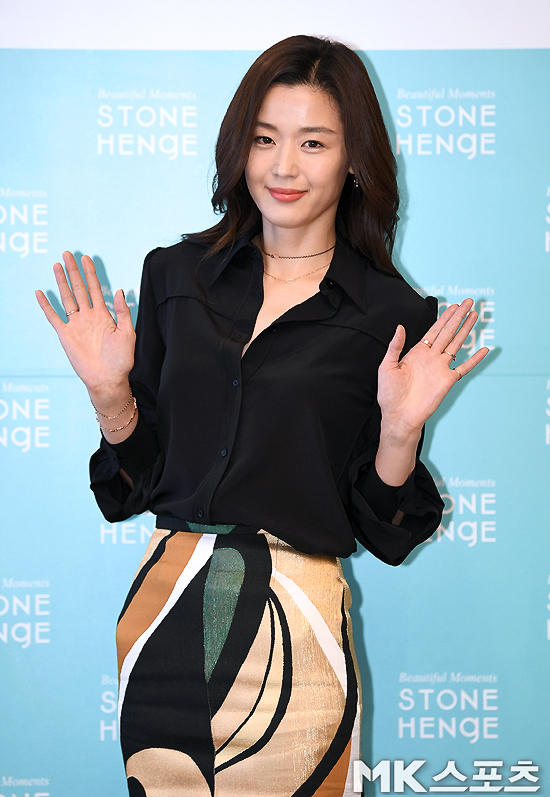 Calling all Jeon Ji-hyun fans! Reports are swirling in Korea that Jeon Ji-hyun (Legend from the Blue Sea, Assasination) is currently considering a return to the screen.

Jeon had been on hiatus after giving birth to her second child earlier this year, but her agency has recently confirmed that she’s in the midst of evaluating comeback project offers. She’s received several proposals for both movies and dramas, including a drama from the Hong sisters (Hwayugi, Warm and Cozy).

If she does choose the Hong sisters’ project, it will mark her first drama since 2016’s Legend of the Blue Sea and her first time working with the writer duo. The Hong sisters are known for their rom-coms and Jeon Ji-hyun has such a magnetic screen presence that I’m interested to see what a partnership between them would bring about.

There’s no smoke without fire, and if the entertainment scene is buzzing about Jeon Ji-hyun’s return, the chances are we’ll be able to enjoy her next project in the not-so-distant future.

Hong sisters are seriously meh now. And. I wish she will choose a character that not really about being sassy and a drama that is not rom com I want to see a different drama genre from her.

I get what you mean. I didn't enjoy lots at all and I also want her in a different genre

Or maybe the Hong sisters are DUE for a well written, hilarious hit.

Hope springs eternal,eh? 😉.
Have to admit,a partof me does want them to come out with a strong,zippy story that would have us all addicted again.
We only hate because we once loved so much😊

Yesss, come back Queen JJH!
But not with the Hong sisters please 😬

How exciting! I love Jeon Ji-Hyun, she is such a talented actress and has such great charisma on-screen so I am super thrilled she might be coming back. I'm not sure how I feel about the Hong Sisters though. They are super hit and miss and even the hits are kinda forgettable for me.

If Jeon Ji Hyun does come back - yay!!! As another beanie with experience in the drama industry said, she can basically act circles around other actors, and say more in what she does, without saying a word. This was evident from the first couple of episodes in Legend from the Blue Sea.

I hope she chooses the kind of show I'd not hesitate to watch, so that I can get to see her, and soon!

6 allphryne hops on the drama🚆 by ep.6

I give Hong sisters one last chance to impress me. But if they embarass Ji-hyun, I won't forgive them ever.
*awaiting more info while clutching imaginary Yuk-gong*

i gotta echo everyone else's comments -- so so SO much YES to anything with JJH...but so much hesitancy about the Hong sisters.

Please not the Hongs, Jeon Ji-hyun!

If JJH does the Hong Sisters drama, I really hope they write something worthy of her return. 'Big' was probably one of the most anticipated dramas in all my years of watching them and it turned out to be a disaster. I honestly wondered if Gong Yoo would ever come back to dramaland after 'Big'. Tbh, I think Jun Ji Hyun is better off doing a movie first. A serious drama on tvN in the same league 'Signal' or 'Forest of Secrets' would also be better.

Yes to her taking a slide down the thriller/drama lane.have only seen her comedic chops and would luurve to see her taking on a darker,meatier role.Bet she would be great as a supernatural being-not as benevolent as Choeng from LoBS, more like Lee Ji-ah in #the ghost detective.Have a feeling she would do creepy/scary really well.

I'm so glad no-one here is pushing for Jeon Ji-hyun to star in the Hong Sisters drama. I have completely lost faith in them (you don't cast Lee Se-young and then give her character a stupid ending if you want my trust, thank you very much).

Yeah,Hwayugi had me feeling feels again only to have them all be crushed to smithereens by the end of it all.Lee Se Young really did deserve better after turning in wonderful performances as the zombie girl AND the high priestess.
Le sigh.

It's sad that such a great talent such as Jun Ji Hyun is so typecast :(

I don't think she is typecast. She is very smart at picking genres that she is strong at. We mostly see her in either action or rom.com with that OTT humor that she is so good at. That's her comfort zone.
You won't see her doing a full sageuk or those arthouse films.

She is filthy rich and she is rating magnet so she has the luxury of being picky.

I would call that being typecast since her range is clearly limited. Not versatile like Ha Ji-Won.

i am excited to see her back. i hope it is a drama and i leave it to her to choose a great one!

I got half way through Legend of the Blue Sea but never finished it. Don't know why, I was enjoying it. Maybe her character was just too ditzy. I'd like to see her in a melodrama if she does a small screen comeback. Wish her all the best!

I'd love to see her in a movie. Or a drama written by someone else. I'm tired of waiting for the Hong sisters to write a drama that is memorable for the enjoyment factor.
I'm in a drama slump right now. This might be coloring my views... 🤔

I'm glad that you are, @mary.
You can let us know if they find their groove again.
Thank you. 💕

lmao! I'm yet to watch Hwayugi.

You aren't the only one. I would love to see the Hong Sisters in Best Love writing shape. It also depends on casting, though. A good actor can take their frequently underwritten second leads and make them interesting. I've also seen a meh actor suck all of the life out of every single scene they're in to the point of undermining the like-ability of the leads. (So scarred by Warm and Cozy that I STILL have yet to brave Odyssey despite my love of Le El and Cha Seung Won.)

Im cheering for a jun Ji Hyun comeback, I adore her, but I can't abiode Lee Min Ho so skipped out on Legend. Here is hoping which ever drama she picks is a good one. Hwayugi wasn't the best, but it was better than the drama before it, so maybe this drama will bring them back to form.

Yes yes yes yaaaaaas!!! I will give anything for this. I don't care what sh does but I want her back. Hong sisters will not be forgiven if they ruin her comeback. *Goes to pray in corner

Whatever, but no the Hong sisters, please!!! 😱