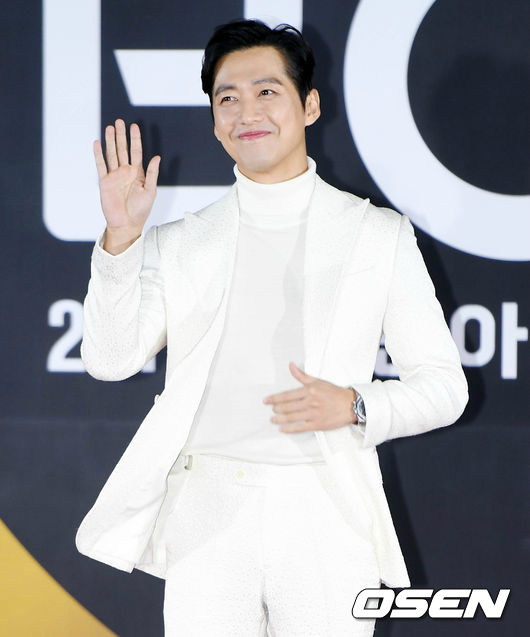 Namgoong Min (Handsome Guy Jung-eum) is looking to take a more serious turn for his next project, a KBS drama titled Doctor Prisoner that he has been offered and is reportedly considering, which would have him playing a doctor on a revenge mission.

Doctor Prisoner centers around an ace doctor in a university hospital’s emergency care center, a skilled professional who treats his patients with full devotion and without discrimination. However, his medical license gets suspended as a result of a medical malpractice incident that arises when the hospital board director causes a ruckus. He then gets his certificate as a medical internist and applies to work at a prison, where his plan is to cozy up to all the bigshots there—business tycoons, celebrities caught for doing drugs, sports stars guilty of gambling—and to win allies, with the ultimate goal of getting revenge against the hospital that ousted him. To do so, he’ll get rid of the existing prison chief doctor and claim the spot for himself.

I do love Namgoong Min in comedy roles best—he’s so aggressively eccentric in a really unique way (see: Chief Kim, Beautiful Gong Shim)—so I almost don’t want him taking time away from comedies to do more dramatic roles, but he is also a strong dramatic actor (Remember—Son’s War, Falsify) so I can’t mourn too much. Just a little, though.

Doctor Prisoner will be directed by PD Hwang In-hyuk of Laurel Tree Tailors and Assembly and will air on KBS in March 2019.

Sounds good! But I don't like that title. It reminds me too much of Doctor Stranger. That had an interesting premise too but look what it became. 🤦

I was blinded by the white outfit. Namgoon Min!!! <3
I am not a fan of medical dramas and hospital politics, but I will keep my eye on this (Chief Doctor Prisoner Kim?). Oh, and I would also like to a order a Junho cameo, please and thank you.

He looks great in this white outfit ❤ Junho's cameo sounds good except that he is likely to be enlisted this year or maybe early next year, so might not get a time for that, and this drama probably will only start shooting early next year.

Maybe a CF involving these two will do, for now. 😉

I forgot that he has to enlist 😭💔

Junho will star in a drama starting in March, "Confession"

Prison dramas are all the rage and Prison Playbook did it real well so who knows, this might work!

I didn't see his last drama (what was his last drama again?) so I do miss him and want to see him in sth good! Hope this turns out to be a great one!

But as JB said, he is the best in comedic roles!

Love him in that photo!
Namgoong Min is great in comedy like Chief Kim. He is also an effective villain in Girl who See Smells. And I havent seen any of his dramatic works yet so maybe this is time for me to see him in one.

Ach, he was so silkily eeevil in Girl Who Sees Smells. Slow, shirtless pull-ups evil.

He was a very striking serial killer who took his fitness quite seriously.

Yes he was intense and creepy! Such a memorable role.

Interesting premise. I might try to watch it. Junho cameo please~ 😆

It's supposed to be serious but it sounds like a video game. XD First he has to beat the Prison Boss and collect teammates. Then move on to the Final Boss Battle at the hospital.

You actually just made it more interesting.

Don't like prison or medical dramas.
Love NGM comic and love him being evil. Love him, full stop.
Hmph.
Gonna have to watch, I guess 🤗

Namgoong Min in a gray character,i'm all in for it...

Hopefully Namgoong Min accepts. Would love to see him in a serious role!