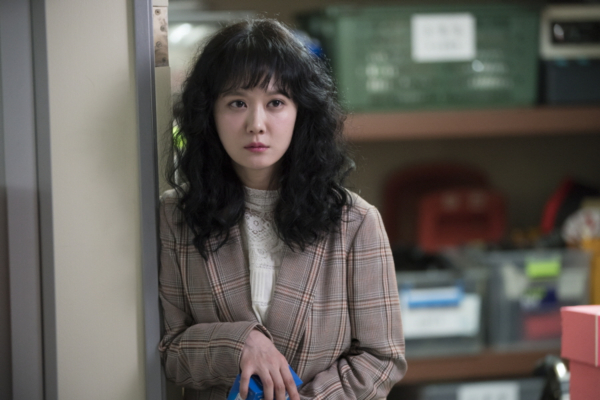 I love a good “what-if” story, and I’m really excited for what looks like an adult version of an old favorite, Goong. SBS’s upcoming show An Empress’s Dignity is busy preparing for its premiere next month and has released several stills of its cast to give us a taste of what’s in store for us. On paper, the drama sounds like an amalgamation of romance, political thriller, and mystery, but I’m secretly hoping that there’s an emphasis on the first, since it would be such a waste to cast Jang Nara (Go Back Spouses) and Choi Jin-hyuk (Devilish Joy) without a good loveline.

Jang Nara, sporting a frizzy look in these stills, will play Oh Sunny, a no-name musical actress who becomes the nation’s Cinderella when she marries Shin Sung-rok‘s (Return) Lee Hyuk, the emperor. The circumstances surrounding their marriage are unclear, though reports say that they were high school classmates at one point. Sunny will be at the heart of this story, naturally, and finds herself in a power struggle within the palace that results in the murder of the dowager empress, played by Shin Eun-kyung (Village: Secret of Achiara). This mysterious death threatens the monarchy, and through it all, Sunny finds true love and happiness. Hopefully with Choi Jin-hyuk’s character, stills of whom haven’t been released yet, unfortunately. 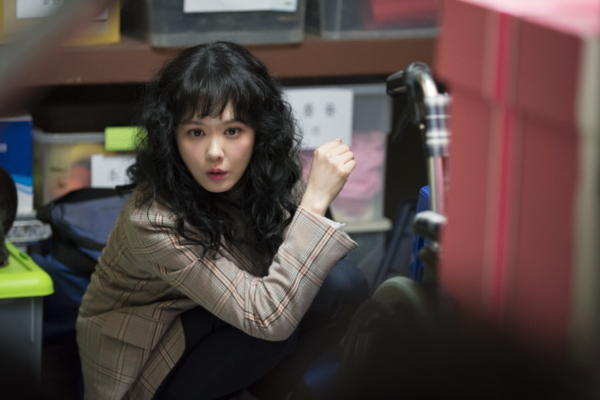 Next, we get some stills of the beloved emperor, Lee Hyuk, in action. I have to say, Shin Sung-rok might exude evil charisma, but he makes a pretty convincing royal in these stills. The fictional Korea in this show might be a constitutional monarchy, but it’s Lee Hyuk who has captured the heart of the nation, with his looks and his way with words. I’m sure much of his confidence stems from his relationship with his mother, the dowager empress, who doted on him, to the extent that she neglected her daughter, Princess So-jin, played by Lee Hee-jin (Woman of Dignity) and pictured in black lace with her mother and grandmother, the grand dowager empress.

Veteran actress Park Won-sook (Dear My Friends) plays the formidable grand dowager empress, whose age and experience demands deference, though her charisma is a quiet one. Though she doesn’t compromise when it comes to her beliefs, she wordlessly helps the palace workers behind the scenes. And last, but not least, is Lee Elijah‘s (Miss Hammurabi) character Min Yoo-ra, who fought tooth and nail to work her way up to be the royal family’s legal representative. She’s determined to make Lee Hyuk her man, and elevate her own status through that connection, and so tries to make herself invaluable to the emperor.

I’m really excited to see the world An Empress’s Dignity creates, and these character descriptions sound like a good start to that world-building. The show will take over SBS’s Wednesday-Thursday slot from currently airing Heart Surgeons in mid-November. 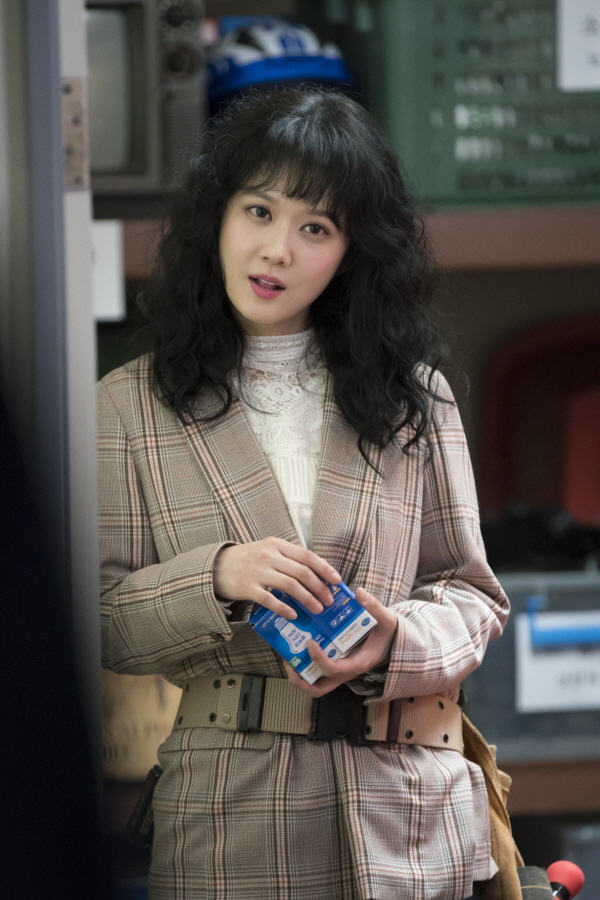 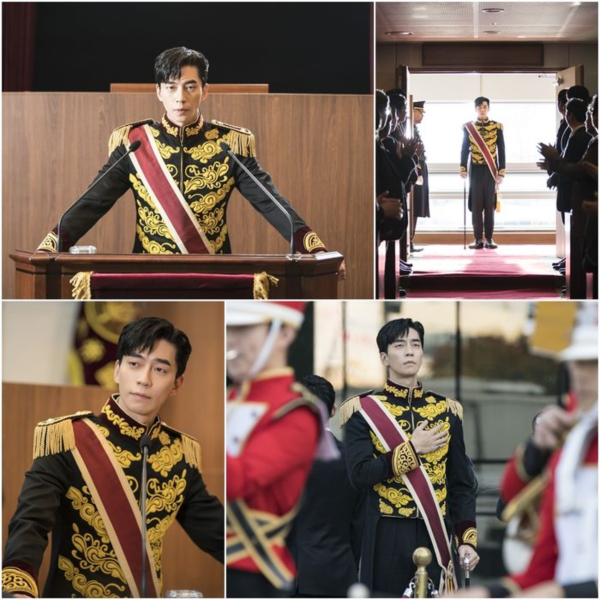 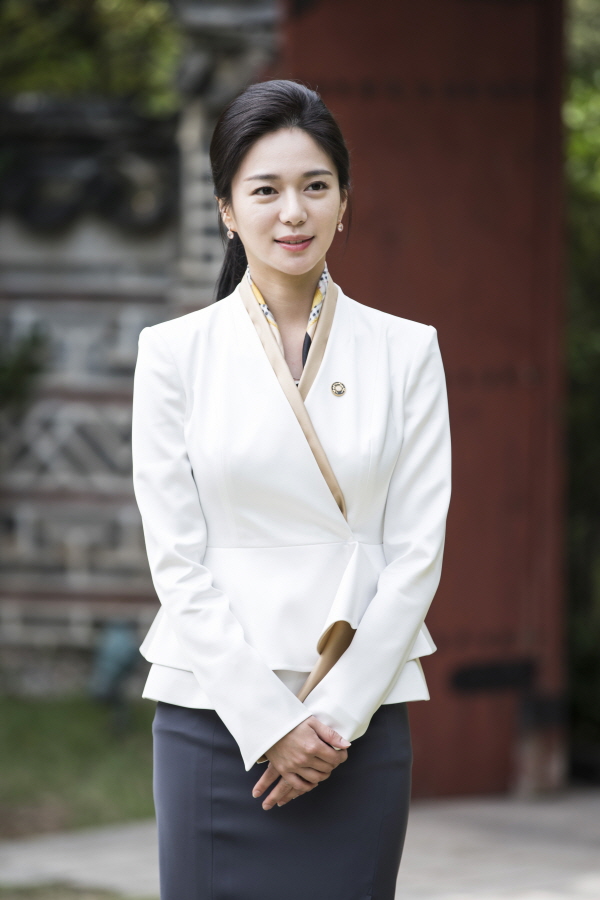 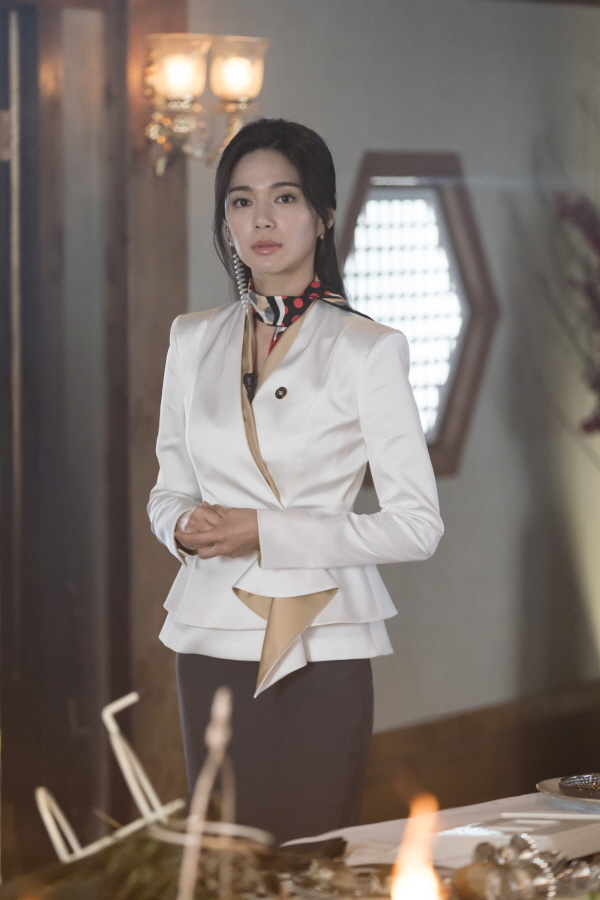 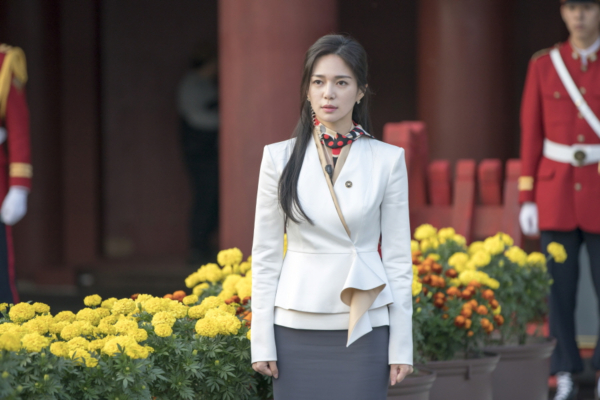 Will definitely check this one out :D

I like Jang Nara (who doesn't??). But I'm put off with a potentially triangle love, I really hate this trope. See you on the next drama jang-nara-ssi.

Crossing my fingers, dotting all my letter ‘i’s, crossing all my letter ‘t’s, and sending in my offerings to Subway AND Quiznos now so that Choi Jin Hyuk can (WILL... HE BETTER) get the girl this time 🙏🏻🙏🏻🙏🏻🙏🏻 Lee Elijah and Shin Sung Rok can have their icky little affair all they want— unless, PLOT TWIST: Shin Sung Rok eventually falls in love for his seemingly unwanting and unwanted bride

This plot does sound a lot like Goong. At least in the romance area and thats a huge reason why I didn't like Goong. The marriage may be forced for whatever reason but I really disliked how the second lead female still pursues the male lead after he's married. I know the worlds not a warm and fuzzy place and it happens in real life but something about the blatant lack of respect for someone else marriage or relationship status, always rubs me the wrong way no matter the drama trope. I cringe every time I hear ( usually a female ) say " I don't care about being the other woman as long as I can still have your heart " ~ in some form or variation. ugh I just can't. haha

It's interesting because I think I read somewhere that one of the top choices for the female lead role in Goong was Jang Nara. Not sure how much truth there is in it though.

Anyway, I'll much prefer Jang Nara to end up with Shin Sung-rok's character.

Me too! Why can't Shin Song Ruk ever get the girl? Why?

I love the what if of a constitutional monarchy, and would be intrigued to see how it plays out in terms of governance and politics. But we're going to get romance and drama politics & I going Goong, the original manhwa, quite a mess. T_T For Shin Sung Rok (my fave dramaland villian) & Jang Na Ra, I really want to watch this. Keeping my fingers crossed for a more grounded storyline in this adaptation.

I read some place that the Emp runs the biggest company in this world, that would give the family even greater power, constitutional monarchy or not

Oh-ho! So no bar on business then? Fascinating.

8 YY Chats with Toast Between Bites

I want her to end up with the emperor. The super-fit second lead will be in love with her, but her heart will be with the cold emperor. I am going to watch this because I love Jang Nara. Jang hyuk would have made an awesome emperor.

The Jang-Jang dramaland couple have a very special place in my already crowded heart.

I think imma gonna watch this for Jang Nara, Choi Jin Hyuk and Shin Sung-rok but I didn't like Goong at all! That hairdo though! 😂

I really like the world building. And would be interested to see more of their version of a constitutional monarchy in SK.
Jang Nara looks quite mature with that hair. Will def check this out for the story and cast.

I loved Goong so I am eagerly waiting for this one! It will be fun to see how they portray a present day monarchy. But I want her to have a romance line with her husband the emperor. Adulterous relationships don’t turn me on!

This doesn't really matter but why is that choi jin hyuk always get casted with petite leading ladies. If there are kissing scenes I hope they will manage it well. Devilish JoY cast has chemistry and all but there kiss scenes causes pain in neck.
Just saying.

Also I am not really liking the hair style. Are they doing this purposefully so that her makeover, once she enters the palace, will be realllyyy different. If that's the case they usually adds specs to the package.

m hoping viki gets its subs rights...
and Jang Nara + Choi Jin Hyuk.. just so tempting pair this is.

I am in a drama slump so this kinda perks me up a little. We all know who she will end up with. But I will give this a go only for the fantasy element and the potential chemistry. It all goes down the drain if leads do not have chemistry. Goong, my favourite even with its flaws, was great due to the electric chemistry.

Jang Na Ra still looks like a doll. It's been ages since "It's gonna be another day with the sunshine.."
Lee Elijah looks regal.. ♥