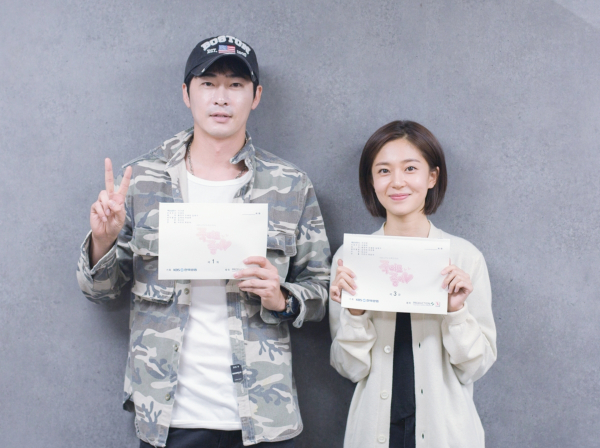 This show is going to such a satisfying watch, in an admittedly sadistic way. KBS is gearing up for the premiere for its upcoming time-slip, workplace drama Happy to Die, and photos of the first script read with the cast have just been released. Kang Ji-hwan (Children of a Lesser God) and Baek Jin-hee (Let’s Eat 3) play our main leads, as a misogynistic boss-from-hell and his long-suffering subordinate, respectively.

After reading the premise of Happy to Die, I checked out a few chapters of the original webtoon and found myself grinning with second-hand satisfaction at all the various ways Kang Ji-hwan’s character gets killed. I haven’t read beyond the first 10 chapters or so, but at least in the beginning of the story, Baek Jin-hee’s character is the only one aware of being stuck in a time loop. Every time her boss dies, she finds herself reliving that same day over and over again, and the only way she can make it to the next day is if she can stop Kang Ji-hwan from dying comically horrible deaths (I’m pretty sure he gets electrocuted by his keyboard at one point).

Happy to Die has a strong supporting cast to populate the rest of the office where most of the action takes place, including Gong Myung (Revolutionary Love), Park Sol-mi (Neighborhood Lawyer Jo Deul-ho), Ryu Hyun-kyung (20th Century Boy and Girl), In Gyo-jin (Jugglers), Lee Byung-joon (I Am Not a Robot), Jo Han-cheol (100 Days My Prince), and Seo Jung-yeon (Come Here and Hug Me). Directing is PD Lee Eun-jin, of Sassy Go Go and Trot Lovers, while rookie writer Im Seo-ra will be adapting the webtoon into drama format.

Happy to Die is set to follow currently airing The Ghost Detective and will take over KBS’s Wednesday-Thursday slot later this month. 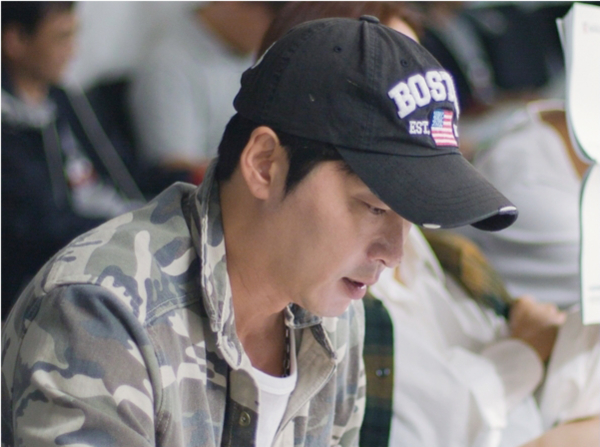 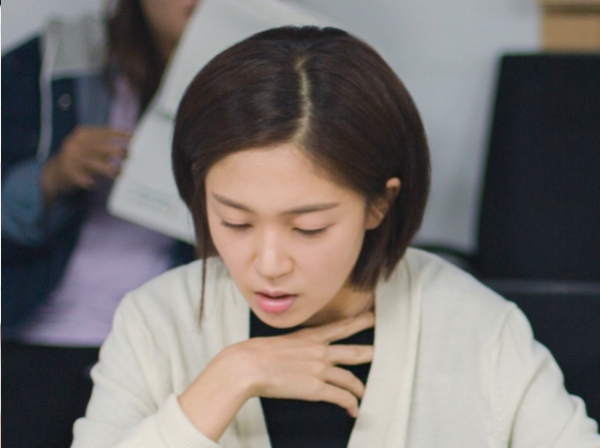 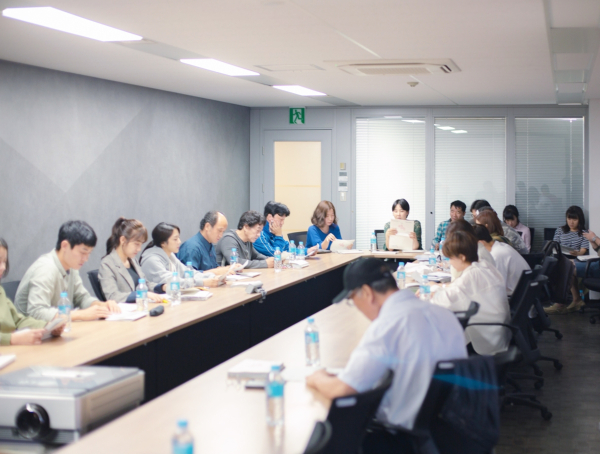 Baek Jin Hee!!! But this role! Long suffering subordinate?? Isn't this a similar role to Jugglers???

He literally uses verbal abuse. Stiil, I find no enjoyment or satisfaction in his overaly comical and dramatic deaths. Even if he's violent, he doesn't deserve death. The extra stress his accidents give the heroine is also gets annoying after a while.

Whereas it makes me roar with laughter, which does get me a few odd looks on the bus.

*cackling at the description*

I'm not sure I'm entirely happy with the casting here- Baek Jin-hee, in particular, seems wrong because I've only seen her in roles where she's shy and innocent - but I'll save my judgement until I've watched some. At the very least, I'm happy the webtoon will be getting more attention now!

aS YOUve said, you've only seen her in roles where she's shy and innocent.

try watching her in Empress Ki. PLease give her a chance thank you!

I think it's been a while she didn't take any shy and innocent roles - if anything her recent roles in Jugglers and Let's Eat 3 were nowhere as shy and innocent. Maybe the last time you watched her was in Triangle.

I've seen her in Missing Nine and Let's Eat 3 - she was hardly bold and outspoken in either of those roles. She had fierce moments in Let's Eat 3, but I would argue that at least her past iteration could be described as shy and innocent.

I see. I don't exactly described those roles as shy and innocent at least in my own context. She was bold and fierce in Jugglers, which quite different from her past roles. That's why I can see she is fit with this role.

I like Kang Ji-hwan. But Trot Lovers was a big mess. HOWEVER, I will give this show a chance.

From the article: Directing is PD Lee Eun-jin, of Sassy Go Go and Trot Lovers. (That's what I was referring to.)

I wish BJH would just go back to segeuk world. she truly shines in that genre

She really is. She made an interesting antagonist in Empress Ki that you love to hate and Tanashiri remains as my favourite character of hers. Hope to see her taking a similar role in the future - the sad thing when you have an innocent look, the roles you get are pretty limited.

I am so, so, so excited about this. The webtoon is HILARIOUS and I hope the show does it justice.

It's been long watching a drama starring Kang Ji-hwan and the premise sounds very interesting and funny. 😂 It will be funny to watch him changing his behaviour towards end.
Baek Jin-hee role sounds same as in Jugglers that means she can do justice to the role here.
I hope Gong Myung has a good role here. In his last 2 dramas he was not able to show much of his acting skills.

I read the title and was like, oh no another timeslip drama, boring, but after reading premise I'm all excited and will give it a watch.

Ooh I like the sound of this! BJH was so great in jugglers and let’s eat. And my first KJH drama was children of a lesser god (am I the only one who sat through terrible subs?!) which 8 really enjoyed. I can’t wait for this. Ghost detective is the only drama I’m watching now and was already getting pangs of what to watch next.

You should try The Guest. It's really good!

Looking forward to this one, especially since Children of a Lesser God was nowhere to be found.

A message from several episodes into the series. Its a keeper. Any show that can consistently surprise me and make me guffaw with laughter is my kind of show.