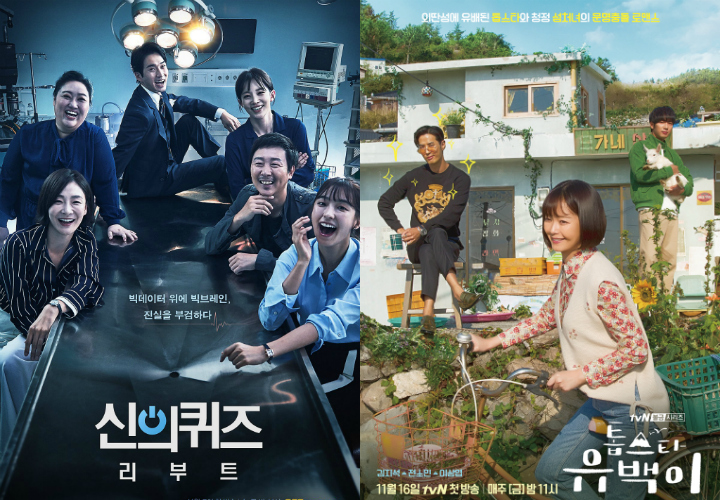 Mystery, thrills, romance, and comedy are in store this week with two new dramas premiering. 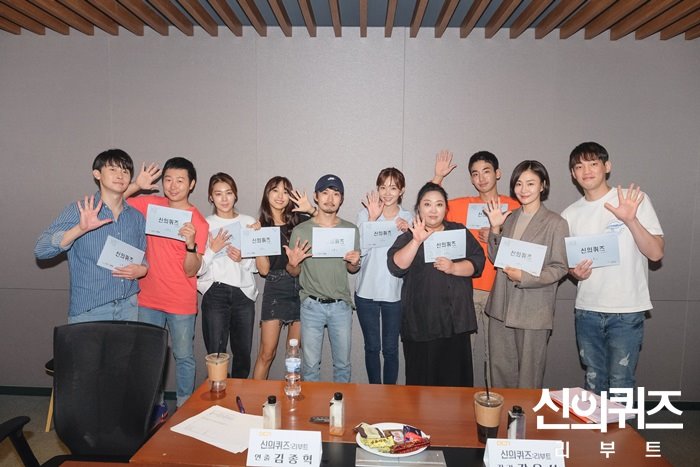 Reasons to watch: God’s Quiz is that rare thing in dramaland, a show with multiple seasons. The drama last aired in 2014, so viewers have had a long wait for this latest season. The show follows a team of medical examiners as they solve medical mysteries and murders. Ryu Deok-hwan is returning in the lead role and his character is brilliant medical examiner. Kim Jae-won is a new addition to the show, with Yoon Joo-hee and Park Joon-myun reprising their roles. Let’s hope the showrunners have something fantastic in store and that the writing is as well-done and well-paced as the earlier seasons. 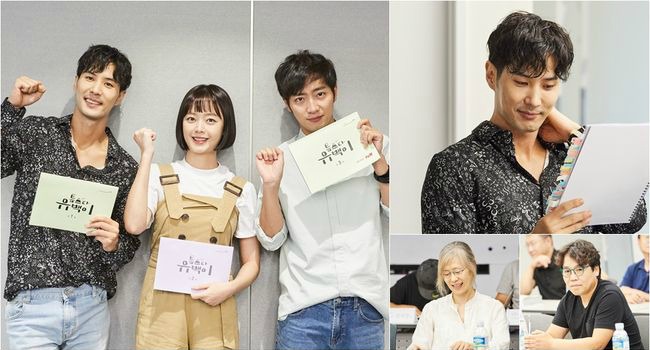 Reasons to watch: Kim Ji-suk stars as the leading man in this rom-com about a conceited A-list celebrity who’s forced to hide out on a distant, distinctly un-modern, island while he waits for a big scandal to die down. Jeon So-min stars opposite Kim as an island woman who is sweet, strong, and no-nonsense. Though the pair butt heads, there’s romance ahead for the two of them. Lee Sang-yeob will be playing the second lead, Choi Ma-dil, who is a sailor and the “top star” of the island. I’d watch Kim Ji-suk in anything and would love to see him break-out as a lead actor so I hope this show hits daebak.

Can't wait for Top Star Yoo Baek! I devoured 1% of Anything in less than a day and am hoping this will bring similar vibes. I love watching Jeon So Min go head-to-head with bristly male leads.

Same here. I really truly like Kim Ji-suk. He is super fun. Haven't watched 1% of anything, but I feel she is very nice. Let's see!!!

1% of Anything was so good that it was re-made a couple of years ago as 1% of Something - and that was good too- the only K-drama that my wife has ever binge-watched.

A sweet sweet rom-com. Nothing ground breaking in plot or execution and has a lot of cliche tropes. But it had short eps, not much dragging and off the chart chemistry between the leads. Watch it if you are in mood for something really sweet. I have re-watched it several times.

I hope they will bring in Ha Seok Jin to make a cameo. He was Jeon So Min's co-star in 1% of Anything and friends with Kim Ji Seok (they show up a lot in each other's Instagram posts).

Kim Ji Seok and Ha Seok Jin are in Problematic Men show together.

Oh I know, but they also vacation together in Paris and things like that...think they're more than just co-workers.

Excited to see the top star hijinks and Kim Ji Suk as the conceited lead!

Definitely interested in Top Star. Also, I like Jeon So-min's bob. I think it is cute though I know she got some teasing on RM.

God's quiz 5 will air thru tvnasia this thursday, so yay me~ no need to download the drama
lol

I'm happy i have tvnasia too~ haha. I watched player there 😆

Hopefully Top Star Yoo Baek will be subbed by VIU or Viki, since both still do not pick it yet.

I'm so excited for "God's Quiz Reboot." I can't wait to see you a witty and genius Dr. Han again! YAY!

Hi. You can visit my wall if you want to watch, as currently only tvN Asia is subbing it. Maybe it will be available on Netflix later.

I can't wait to watch Yoo-baek's aghast reactions when the "island's top star/sailor" outshines him in everything--even the halmeonis affections. XD

Ahem, it’s not just the halmeonis... sailor? top star? Lee Sang Yeob? 🤩 I am prepared to board Second Lead Ship (and sink eventually, with style of course).

Well, us too. Hehe~ but you know in the island, Halmeonis have final say in everything.

You can visit my wall if you want to watch, as currently only tvN Asia is subbing it. Maybe it will be available on Netflix later.

Hu hu Top star yoo baek, pls hit it big. Pretty please. Hope it will be a very nice-sweet and funny drama and also it will work magic for the actor's career.
Will you be subbing it DB? Its only one ep per week please consider.
Hope to see a lot of cameos, but that will be possible in mainland eps only. Stars coming that far into an island for a cameo seems little too much to expect.

I love that Kim Ji-suk is now a full fledged first lead. It took some time, but he's so endearing and such a great actor, he totally deserves it.

I hope he will take off like Namgoong Min, after years of slogging away as a scene stealing Number 2 he will finally hit it BIG!

Too bad Viki doesn't show either in the U.S. I'd like to watch on Roku.

I am looking forward to watching Top Star Yoo Baek! I don't think Viki or Netflix picked it up so I will be watching it thru the illegal sites...Man, I can feel the void of DramaFever :(

Amen- Viki can only do so much, I hope someone steps forward to fill the void.

Yup! I wish TVN, JTBC and OCN have their own streaming app like KOCAWA so international viewers can watch their dramas!

I wonder if there is a way of suggesting that to them? Does anyone know Korean well enough to write a letter to them?

Maybe a petition? I sent an email to TVN but I don't think that would make a difference. I am not sure how it will also affect their "partnership" with Netflix if they have their own streaming service.

Does anyone know where I can watch Top Star Yoo Baek?

Check Viki as they say they're offering it. It's not available in my region but it may be in yours.

If I can't find it through regular sources, I have no problem using an adblocker app and searching for other sources. Desperate times, desperate measures!

Viki says it is not available in my region as well

Maybe you don't know it, but it often shows "not available in your region" until it starts to be uploaded.
So don't despair.

We usually get 'coming soon' or 'starting date' if it's new and coming to Viki.

I checked, it's not on Viki :( I guess we'll just have to watch it thru the illegal sites. @beantown , what adblocker app do you use?

@mrsz6 I use a free ad blocker from rocketshield for my android tablet, and it has made an incredible difference!! I try all the providers first, if they don't have it then I've had great luck in locating hard to find shows (including jdramas and cdramas) with watchasian-

Thanks! I will check that out :)

The fan channel is on Viki. Here:
https://www.viki.com/tv/36237c-top-star-yoo-baek
Now whether they'll be able to get the license is not sure yet. We'll have to wait.

Yeah, we shall see..

Such a shame, that with DramaFever gone, Viki does not step up to the plate and take on practically all, or most of the Cable drama, which are always of high quality.

I know right?! I don't think they can get most of the licenses for the upcoming dramas because of the fee. Also, their subbers are volunteers, so they needed dedicated fans fluent in Korean to translate the dramas. I think their process is way different than DF. I really missed DramaFever :(

Let us hope that the Korean cable companies learn to strike a better deal with Viki. I could offer them some suggestions- like throwing out the flat rate rights purchase model in favor of a more royalty like model

Kim Ji Suk is indifferent as an actor. He's not bad, but definitely not leading man material in any way. Whereas Lee Sang-yeob is one of the best actors around and with a deadly charm. Are they going to relegate him to secondary roles forever?

i love this drama/ cant wait for episode 7