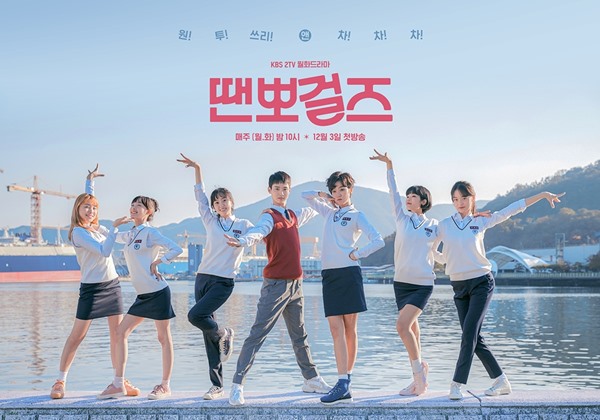 This looks like a refreshingly simple and heartwarming youth drama. KBS has been quietly preparing for the upcoming Dance Sports Girls, which has piqued my interest for its cast of relatively new faces and unconventional setting. Our titular girls comprise of Park Se-wan (I Am Not a Robot), Lee Joo-young (Ms. Baek), rookie Joo Hae-eun, Shin Do-hyun (The Third Charm), Lee Yoo-mi (20th Century Boy and Girl), and Kim Soo-hyun (Lingerie Girls’ Generation).

Set in the declining industrial seaside town of Geoje, these girls come together through their high school’s dance sports club. In the stills, we see two of our main dancers, Park Se-wan and Lee Joo-young, who look mighty awkward next to each other. Lee Joo-young’s character gets forced into joining up with the dance sports club by her teacher, played by veteran Kim Gab-soo (Mr. Sunshine), after getting caught up in some trouble. As for Park Se-wan’s character, she wants to become a movie director one day and so signs up for the club in her desperation to get into a university to achieve that dream. 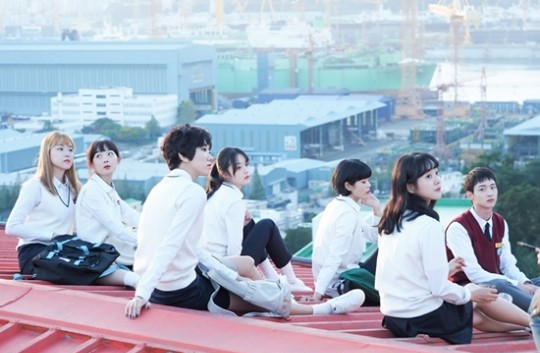 Despite the prevalence of grades and university aspirations in Korean youth dramas, writer Kwon Hye-ji, who also penned Individualist Ji-young, wanted to skew away from those topics in favor of these girls working together towards one goal: a perfect dance performance. I thought that was a lovely sentiment, especially with Korea being so obsessed with academic pedigrees, and more true to the spirit of the KBS documentary that this drama is based on.

There’s been slight deviations from the source material though, and one of them is the introduction of Jang Dong-yoon’s (Mr. Sunshine) character, the sole male member of the dance club. I personally would’ve been happy to keep this cast all-female, but his character sounds like it will provide some relatable adolescent humor as a transfer student who hasn’t attended a co-ed school since his elementary school days.

All in all, I’m eager to see whether Dance Sports Girls lives up to my expectations, despite some of my concerns with PD Park Hyun-suk, who also directed Uncontrollably Fond. The KBS youth drama will follow Matrimonial Chaos beginning December 3. 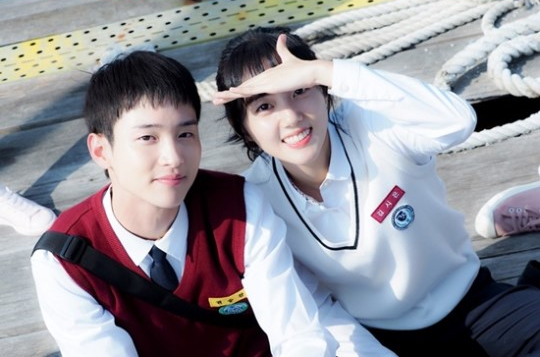 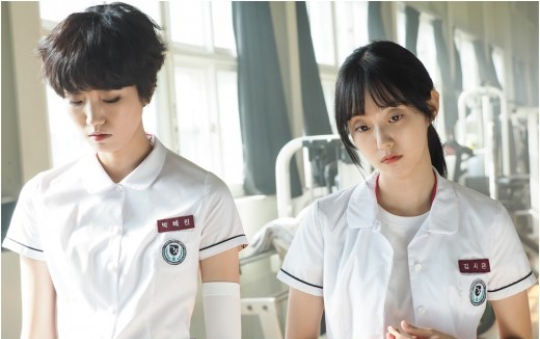 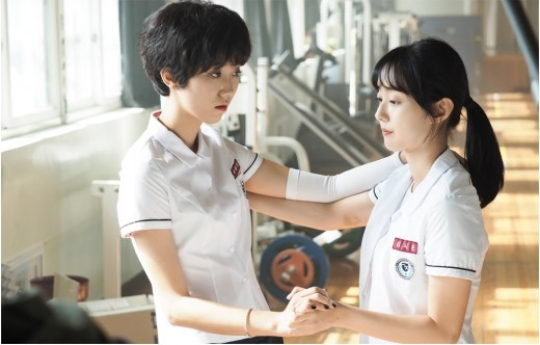 OUHHH why do i gobble up these type of premises?? reminds me of Sassy Go Go !!

I got similar vibes!

I usually dislike high school dramas but this reminds me of Girl's Generation 1979 - which was amazing! Can't wait. ^-^

Aww this sounds adorable. I hope they don't shoehorn in any romantic subplots though...

Oh, this sounds potentially delightful! I agree with @greenfields that it made me think of Lingerie Girls' Generation for some reason. I loved that gem of a show, so here's hoping this one is good, too!

This looks good. I hope it is full of positive female friendships.

I love teen dramas but usualy korean ones are not the best. But Jang Dong Yoon was great in Solomon's Perjury and better than the lead in School 2017, so I'm curious.

OH My GOD! Okay I might be the only who overly excite to this drama. It's Kwon Hye Ji's writernim debut as a writer of KBS Prime Time slot after write write my absolute fav KBS drama Dancing Waltz alone, Bad Family, Read Teacher, and the most famous one is Individualist Jin Young. And the PD is no other than my favourite PD Park Hyun Suk. You have no idea how high my expectation is towards this drama. Kwon Hye Ji always wrote a memorable character for me. My absolute fav of her work is Waltzing dance alone. Definitely will check it out for sure.

Oh it's that writer>? I have only seen dancing waltz alone and individualist by her but both were great, realistic and with a very prominent message. This was not on my radar but certainly is now.

Yes.. That writers. She is not only can write melodrama. But she can write a comedy with good ensemble cast like A Bad Family and Red Teacher. I have so much expectation. Because all of her work are my fav.

Woah, she wrote Dancing the Waltz Alone AND Red Teacher?? 😍

Dancing the Waltz Alone is soooooo good. I would watch it as an episodic drama with the same cast and story. I enjoyed it so much as a standalone drama special and it really displayed the talents of it's leads. Bad Family is another drama I enjoyed. Knowing this drama is from the same writer has me interested.

IKR? It will be great if dancing the waltz alone at least produced as a short drama rathen than 1 episode drama format.. I'm serious of how this writers tackle drama that have longer episode. Can she do it? It will be alot harder for sure.

Ohhh. I'm interested to watch this. It seems cute and possibly heartwarming~ ☺

You know what? My phone screen's f***ed up since yesterday but I still recognized JDY from that group picture 😂 😂 He's got quite a distinct silhouette huh!! 😁 Anyways, this looks interesting!

If this drama premieres next week, that means Matrimonial chaos ends this week? Will they air three episodes this week?

These are supposed to be high school kids, right? I was concerned about Jang Dong-yoon being typecast but it turns out I should not have been worried about his portrayal of Min-ho in A POEM A DAY but his portrayal of Ji-hoon in SOLOMON'S PERJURY. JDY is 26 years old.

Yay! Jang Dong Yoon is back! Will he finally get a girl in this one??? He always ends up single and heartbroken 😭

The word monster in me has to note: it's 'piqued' my interest, not peaked. Piqued means stimulated or aroused; peaked means to get to the highest point of something, like popularity.