Got7 Jinyoung to star in tvN’s supernatural rom-com 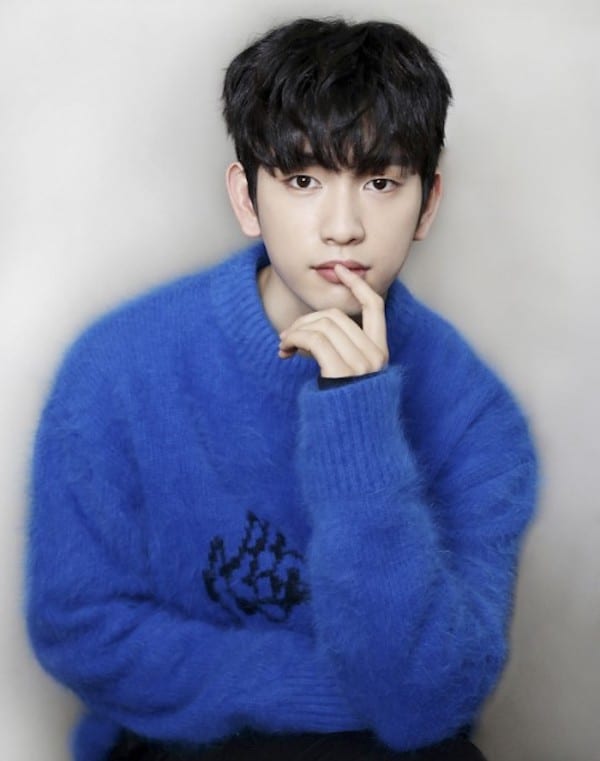 Upcoming tvN drama That Psychometric Guy will feature Got7’s very own Jinyoung (School of Magic, Legend of the Blue Sea). He’ll be playing a clumsy wielder of psychometric abilities. He can figure out people’s deepest secrets by just touching them. Despite having an A+ visual appearance and his secret-reading supernatural ability, he’s slow on the uptake when it comes to sensitive situations.

He dreams to serve justice to bad guys by finding them and solving crimes. But he still can’t control his abilities, and often ends up in trouble himself.

The drama will be about him and a girl who is willing to die to keep her darkest secret scars hidden. Known as a “perfect girl,” she hides her past under a mask of perfection. Bound together in a destined or cursed fate, these two begin to solve cases together, and a sweet romance is expected to bloom between them

I was looking over Jinyoung’s filmography, and got confused with the B1A4 Jinyoung. Friendly public service announcement: Got7’s Jinyoung did NOT star in Moonlight Drawn By Clouds. However, he did star as the youth version of Joo Jin-mo in Beloved Eun-dong, where he acted his pants off as a lovable, caring neighborhood oppa.

Directed by Kim Byung-soo (Bride of the Water God 2017, Bubblegum) and written by Yang Jin-ah (Vampire Prosecutor), tvN’s That Psychometric Guy is slated to air in the first half of next year.

@raonah Jinyoung is finally getting a lead role!!

Even if the drama is terrible through no fault of his own, he’ll make it watchable.

Yes, I'm so happy for him. He's a solid actor and deserves this chance to prove himself in a lead role. Hope the drama hits daebak ❤️

I really enjoyed Jinyoung's acting in his previous dramas so I am very excited to see him take a lead here! Also dramas with a supernatural aspect are totally my jam! I wonder who they'll get for the female lead.

I heard that it might be the Do Hana girl from A-Teen? If so, yay JYP!
I'll fully expect Day6 to have an OST for this drama haha (that's the dream)

Day6 doing an OST would be awesome! I hope that some of the GOT7 members will get to do an OST too 🙂💚

Sooo, for a second there I thought A-Teen was the name of a K-Pop group and not the name of a drama. Phew. It's not going to be an idol drama per say.

Did u see dat in ur dream

💜 Book 7: Sicarius The Queen of Melonia and The Ube Melona 💜

WTF man. How is this in anyway a necessary comment.
Do you come on here just to pick fights?
Twitter is thataway -->

You're such a troll. And I hate that you're using Tae Tae's name for it. And I can't believe I'm responding to you.

By the way Tae's previous drama also flop, even if he wasn't the lead there. So don't be coming in here acting like it didn't happen to you.

💜 Book 7: Sicarius The Queen of Melonia and The Ube Melona 💜

Like @drawde2000 I can't believe I'm responding to you either. And the only reason I'm doing it is because I've seen too many people like you who aren't even trolls even though you sound like one.
This, to be quite honest has nothing to do with whether or not Jinyoung can or cannot act, and what I think about that.
There is a difference between posting constructive criticism and reservations about a director or a show, and being a twitterino asshole that just wants to get a rise out of people and another fandom.
You will not listen to the reason but the least you could do is shut up and leave.

So, I was thinking that either @tineybeanie knows that I like Jinyoung and did this post especially for me, or they appreciate Jinyoung as much as I do. There's no way it can be the latter, because, you know, no one can. So, it must be the former. 💚

But yeah, this was awesome! I love that DB is posting so much more now.

I was looking over Jinyoung’s filmography, and got confused with the B1A4 Jinyoung.
Me too, until I saw his face. I was like "this is not the Jinyoung from the group with a name that sounds like a paper size"

I'm so embarrassed cause until she said that, was only when I realized they were two different people! It's not my fault they are both good-looking!

Sounds like it could be cute but I am very iffy about the director. Bride of the Water God was, well, awfully directed (among other issues).

It was awfully directed and it's weird because I'd loved everything from the PD up to that point. He did great with Nine, Queen In Hyun's Man, and Three Musketeers.

He's had more hits than misses so I'm still cautiously optimistic about this, but definitely not as excited as I once would have been...

He's had more hits than misses so I'm still cautiously optimistic about this...

He was so cute in Eundongah! 😍

Love the premise so much. It almost sounds like a superhero origin story.

All around this seems really promising. Nobody involved (so far) screams "OMG! What were you thinking when you hired them!" I can't wait to see who they ultimately choose for the female lead. Fighting crime while falling in love, seems perfect to me...

my two-faced-savage-king baby is getting a lead role! he is so underrated imo

Despite having an A+ visual appearance and his secret-reading supernatural ability, he’s slow on the uptake when it comes to sensitive situations.

Is Jinyoung playing himself!?

This sounds like it'll be extremely fun! I can't wait to see who the female lead is. Hopefully someone good.

Yay!!! I’ve been waiting for the day he can star in a drama. His small roles have been so magnetic. I know he has a lot Got7 duties and scheduling is difficult.

One thing I kind of wish though, a tiny bit, is that the main female lead wasn’t from JYP. I have nothing against JYP, they are actually my favorite from the big 3, but company driven dramas drive me crazy. Like SM getting their idols major roles right away because of their company. Small gripe though and I know it does sometimes end up discovering awesome idol acting talent.

Shin Ye Eun plays the "perfect girl," which is the second time Park Jin Young is paired with a JYP actress (Shin Eun Soo in Legend of the Blue Sea).

what? i mean, i honestly thot b1a4 jinyoung is also a park. i used to call got7 jinyoung as park jin-old

lol if that doesnt confuse you haha.

Peaches finally got a lead role!

Wow dramabeans is writing about got7
Did think it was possible. For anyone who wants to see more of his works I recommend Nunbal, Magic school and legend of the blue sea

I also saw that before in mydramalist unfortunately they had already edited her out. I wonder if CSB really got offered or not because I've never seen an article of it, I got excited for nothing..
But I think Dasom recently confirmed to join this drama. Hope the drama does well

Finally! I'm so glad he confirmed this🙏🏼 He's going to kill it❤️ he first caught my eye in Legend of the Blue Sea cause I actually liked him better than Lee Minho (don't kill me) as the character and I didn't even get into the Got7 fandom yet.

Another idol who can actually act❤️