In this quirky, stylized drama, a school nurse imbued with special powers is able to see monsters that no one else can. When these monsters start to take over the school and endanger the students, she must fight back to defeat them.

In this quirky, stylized drama, a school nurse imbued with special powers is able to see monsters that no one else can. When these monsters start to take over the school and endanger the students, she must fight back to defeat them. 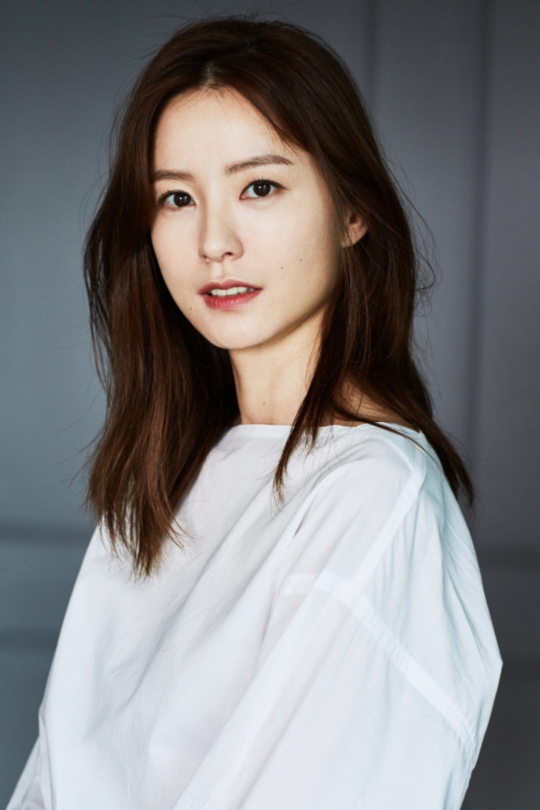 Ooh, this sounds like a much brighter take on the exorcist genre that’s trending in dramaland. Netflix has confirmed plans to produce another original Korean drama titled School Nurse Ahn Eun-young, and Jung Yumi (Live) is set to play the titular lead character. The online platform has also recruited film director Lee Kyung-mi, whose credits include The Truth Beneath and Crush and Blush, to direct the series.

The show revolves around Ahn Eun-young, a school nurse who discovers a mystery at her new high school and goes about exorcising ghosts in new and comical ways. Described as fearless but also cheerful and caring, Jung Yumi sounds perfect for the role, and I look forward to seeing her play the school nurse moonlighting as an exorcist. I also chuckled when I read the various unorthodox methods that our heroine uses, like BB guns and toy swords, I can’t wait to see her on screen fighting evil spirits with kids’ playthings.

School Nurse Ahn Eun-young is actually an adaptation of a novel written by award-winning author Jung Se-rang, who will also be in charge of the script for the Netflix series. Interestingly, Oh Boy Pictures, the production company behind the Flower Boy Project at tvN (Flower Boy Ramyun Shop, Shut Up: Flower Boy Band) and most recently, Hwarang, will produce the show. Their shows have a decidedly sillier bent than I was expecting of an exorcist drama, but maybe that will set this show apart from the slew of exorcist shows we’ve been getting lately.

No word yet on when we can expect School Nurse Ahn Eun-young to premiere on Netflix, but hopefully we can see it release sometime in 2019!

Don't forget Flower Boy Next Door the last part of the flower boy project. It brought us the first drama appearance from Kim Seul Gi, one of the earliest appearances of Go Kyung Po, and just a great cast all around. (".... Enrique!")

Thanks for mentioning FLOWER BOY NEXT DOOR. I didn't realize it was Kim Seul-gi's very first drama. Yoon Si-yoon as Enrique Keum in his panda suit slays me. ;-)
https://www.youtube.com/watch?v=DxZvVTTsLPo

I saw her for the first time in I Need Romance 2 and I like her screen presence--she's spunky yet very good at emoting when needed! This upcoming K-drama sounds interesting. I like that's it's going to be lighter than most exorcism dramas.

Does anyone else find it interesting that there's another Kdrama actress also named Jung Yu Mi (albeit less famous)?

There are quite a few.

I wasn't aware of those. I'm surprised they don't have the same rule as in the U.S. where the Screen Actors' Guild prohibits two actors from having the same name. Like how Michael Keaton had to change his name from Michael Douglas because there was already an actor with that name.

I always thought it was funny, as Michael Douglas Father Kirk changed his name from Issur Danielovitch Demsky to Douglas.

I think they couldn't do that because Korean names are normally made up of standard elements (and a very small number of family names) and usually exactly 3 characters. It just tends to create the name duplication. I think there were 4 women with the exact same name in one school in one drama? And unlike the US where you could tweak a name like Michael to be Mike or Mikey or Mikeal, you just can't make a variant of "Min Ho". You'd have to completely change it.

If you hadn't caught on, sometimes pop group members use their band name like it's a surname in introducing themselves. For instance Choi Min Ho from Shinee will say "I'm Shinee Min Ho!" Also a handful of actors have tried to go with just their personal name. or even used their western name a lot. For instance, one of the actresses named Kim Soo-Hyun usually goes by just "Soo-Hyun" or "Claudia Kim" while the full name is usually associated with the male actor from "You from the stars." But, there's 4 other actors and actresses with the same name, just all at much lower levels of fame.

Lee Min-ho the Younger changed his name to Lee Tae-ri a while ago, and that's how he was billed in the drama THE BEAUTY INSIDE.

I didn't know that! Thanks for clarifying.

And the OTHER Jung Yumi too is into exorcising and also in the medical field!! 0.0

Holy moly, you're right! But she works as an emergency room doc -- but not at Doldamned Hospital. LOL. I just watched ep. 9 of PRIEST, and it is very different from GUEST. Show went ballistic last week, and did so again in yesterday's installment. Daebak!

Doldam is the 1st thing that comes to your mind when an emergency room is announced?!? Haha.
.
P.S.- Just curious, why call it Doldamned? I thought you liked it?

Sorry for the bad pun, @peony. I love RDTK and Doldam ("stone wall") Hospital to bits. It was an intensely cracktastic live-watching experience here at DB. PRIEST has an ER doc in it, just as RDTK did (Seo Hyun-jin). But in light of the demonic-possession dramas I've been watching, I couldn't resist referencing Doldamned. ;-)

Ahhh I see.😂
BTW, Doldam means stone wall? Thanks a lot for that! I've been trying a lot to find its meaning.

IIRC, the translation of Doldam Hospital's name may have been in one of the recaps.

Other rock and stone imagery in RDTK:

Ep. 15: "CORNERSTONE SYNDROME" (DB recap) / "Syndrome of Being the Rough-edged Stone" (OnDemandKorea subtitle or name of episode) -- I don't recall exactly how this was meant.

However, after experiencing so many of In-bum’s lies and his hazy principles, Teacher Kim says he prefers the “Do” who is clear in his own mind and own objectives (referring to Dr. Do as a cornerstone) rather than the “Do” with unfocused priorities (referring to In-bum as a plain, round stone). Therefore, he adds, In-bum has no further need to be at Doldam Hospital.

I don't know if the surname Do refers to stone, but the above passage jumped out at me from @tineybeanie's recap. I'm also wondering if what is really meant is a dressed, squared-off stone versus a natural, unworked rock or boulder, especially a water-rounded one that can roll.

FYI, I looked through the ep. 15 recap comments and found my post on rocks, stones, and the hospital's name. I hope it's helpful. ;-)

This sounds like such a fun set-up! So many exorcism shows lately.

I’m not a fan of exorcism, but comedic exorcising? That sounds fun! Reminds me of Bring It On, Ghost~ At least it’s not serious stuff like The Guest (I like it too, despite the horror).

Love love Yumi! One of my fave girls from Chungmuro.

Can Gong Yoo make a cameo for please?

I’m not really into the latest exorcist trend, but I really like Jung Yumi, and the comedic bent might be fun.

Thanks for this enticing casting news, @tipsymocha! I enjoyed JYM's turn as a cop in LIVE. It would be a blast to have Lee Kwang-soo or Shin Dong-wook drop by from the precinct. Or mentor Bae Jong-ok (kickass officer An Jang-mi). Maybe Eric could cameo as a tip of the hat to their roles in DISCOVERY OF ROMANCE.

I thought I was going to be devoid of any desire to watch another exorcism drama after GUEST ended, but I've been pleasantly surprised by how different PRIEST is from its predecessor on OCN. The prospect of a school nurse whooping ectoplasmic butt cracks me up. Maybe she'll give the spirits detention, summon a Grim Reaper SWAT team of truant officers, or drive hungry ghosts out of the premises by using egregious cafeteria food as a tactical weapon. ;-)

now this is a show i can definitely watch and wait for! i love Jung Yumi and this sounds fun instead of keep me up at night scary!

OH MY GOD.....the truth beneath and crush and blush are so focused on women and their positions in society. she was park chan wook's protege...