A lifelong con man and a detective meet after their romantic relationships have fallen apart. They marry, but each hides their identity. While the wife finally confesses she's a detective, her husband is secretly blackmailed into running for National Assembly.

A lifelong con man and a detective meet after their romantic relationships have fallen apart. They marry, but each hides their identity. While the wife finally confesses she's a detective, her husband is secretly blackmailed into running for National Assembly.

My Fellow Citizens is about a con artist who somehow ends up in a series of outrageous situations like marrying a police officer, and even running to become a member of the National Assembly.

Choi Siwon plays the skilled con artist, Yang Jung-gook; he hails from a long line of swindlers. The craft was passed down to him from his father, who learned it from his father before him. Ironically though, he gets conned by his own girlfriend who runs off with his marriage savings. However, while drinking away the pain of betrayal, he meets someone by chance – Lee Mi-young (Lee Yoo-young). The two hit it off from the start, date for a year, and get married. He, of course, lies to her that he’s a Seoul University graduate and an entrepreneur. Lee Yoo-young has a secret of her own however. Once they’re wed she confesses that she’s actually a police officer.

Lee Yoo-young’s character is a police officer with a wild child past. She’s on the verge of returning to a wild and free life as she’s been reeling from being cheated on by her boyfriend. But then she fatefully meets Choi Si-won’s character. The two quickly grow close while commiserating over their love lives and they soon begin dating. Unfortunately, because her previous boyfriend had not liked that she was a cop, she decides to lie and say she works at a small company. She finally reveals the truth upon marriage, but Choi begins to change after learning her real occupation.

Kim Min-jung will be taking on the role of a Park Hoo-ja, the daughter of a notorious loan shark, Park Sang-pil. Her father didn’t have any sons and trained her to inherit the business. However, although he’s usually very thorough, her father falls victim to a mysterious stranger’s schemes and collapses from the stress of it all. Thus, Park Hoo-ja steps into her father’s shoes and successfully expands the business. She also tracks down the mysterious stranger who conned her father – Choi Siwon. But instead of revenge, she offers to save his life on one condition: campaign for public office.

Scriptwriter Han Jung-hoon will be part of the creative team and his previous works include the cable shows Vampire Prosecutor, Bad Guys, and Police Unit 38. PD Kim Jung-hyun will be directing; he has worked on Jugglers and Full Sun (not to be confused with the director of Gu Family Book, who has the same name).

The character descriptions seem like the drama will be emphasizing comedy with crime as the backdrop of the story. However, going by the writer’s previous works, it’s also possible that the drama will be dark with humor in the undertones instead. Either way, I’m feeling a bit optimistic. I love Kim Min-jung and the set-up sounds like it could be hilarious in a ridiculous sort of way. Choi Siwon as well is best in comic roles. However, hopefully this character will actually be a good one as his last role was… Well, the less said the better. Fingers and toes crossed!

My Fellow Citizens is currently set to broadcast on Mondays and Tuesdays on KBS after Neighborhood Lawyer Jo Deul-ho 2 finishes its run in early 2019. 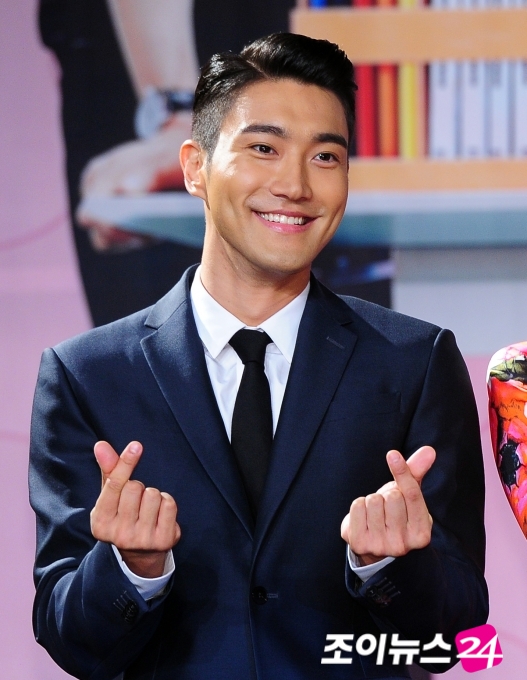 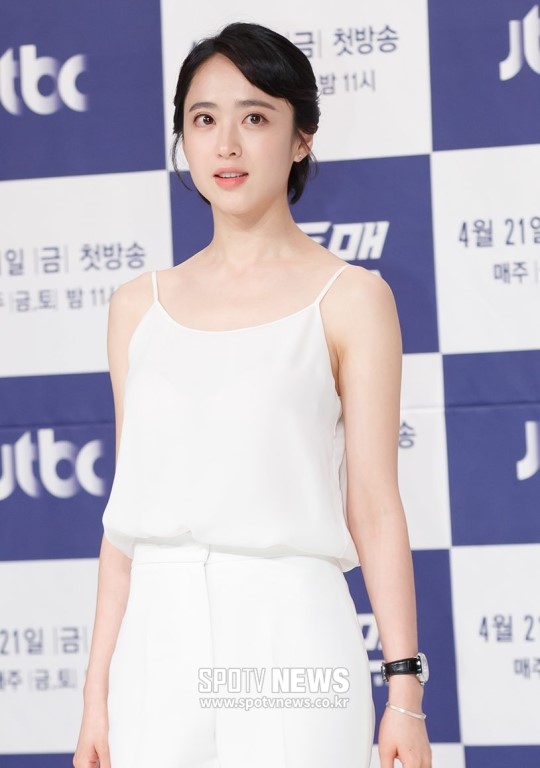 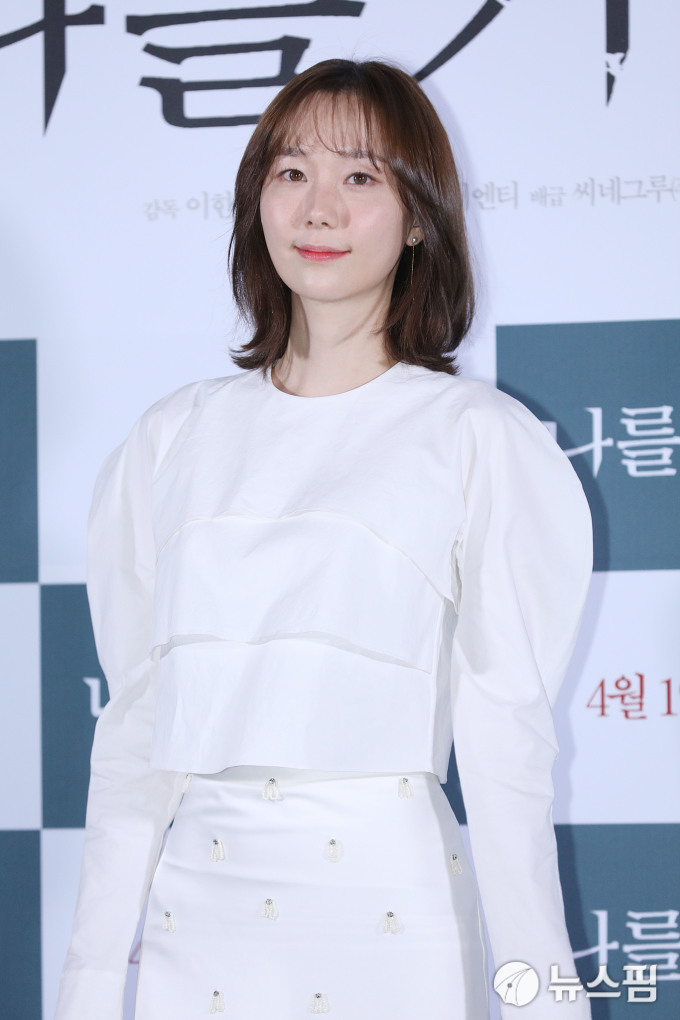 Can be said about the political landscape of most country. Lol.

Love the 2 leading ladies and the writer!

Looking forward to it!

i wanted to pass on this show beacuse of what was Choi Si won's last show, but did they have to cast such amazing leading ladies? I will watch it only for them and the plot looks funny. A swindler conned by his own girlfriend, served him right, I guess.

Lol such details. I feel like I've already watched it just by reading the synopsis. It sounds fun though and I'm excited to see Siwon back in dramaland as his last was such a disappointment.

Hoping for a return closer to the Siwon of She Was Pretty, please 😁

Please, please, please don't make this an over-the-top slapstick kind of comedy! Understated and subtle will be perfect for Siwon to shine!

Thanks for the update on FELLOW CITIZENS, @tccolb. I'm stoked to see Kim Min-jung and Lee Yoo-young joining Choi Siwon. Do I detect a cross between PLAYER and CITY HALL, with a side of ENEMIES-IN-LAW and a dash of LAWLESS ATTORNEY? At the moment I cannot quite picture Lee Yoo-young as a cop. She did well as a judicial trainee in YOUR HONOR, and held her own with charmer Yoon Si-yoon, so I think she'll do well with Siwon, too. Kim Min-jung was terrific in MR. SUNSHINE, and will be a great foil for him. I can't wait to see them play cat-and-mouse and butt heads.

@pakalanapikake,
I didn't want to go crazy o/t on the now MY FELLOW CITIZENS episode one recap so I thought I would hide this comment here. You are also probably one of the few that will get my reference but every time I see the MFC title in my mind I hear LBJ’s famous “My Fella Amuricans”. It is very distracting lol.

Siwon is such a wonderful actor, and I don't understand why most people comments about Revolutionary Love are pointing it as it was a comedy, it looks like they saw 3 episodes? It was a drama and he was amazing (the crying and anger scenes were excellent), I think the second lead was annoying and the girl was just ok, but Siwon did a great job. In my opinion RL was much, much better than She Was Pretty, an awful drama with such exasperating leads, it was Siwon's character who saved it. Anyway all the good energy for this new project.

Thank you! After they stopped forcing the comedy on us, that actually turned into a really good drama and Siwon played an abused character in a coming of age type story really well. A shame people never moved on from the first few episodes. It ended on a strong note too and actually should never have been attempted as a comedy, which they realized later on.

I watched the first 6 episodes of REVOLUTIONARY LOVE, but simply could not take any more. I could feel my brain cells dying. I was watching a bunch of other shows at the time that were simply better (for me and in general). LIVE UP TO YOUR NAME didn't (for me), which was surprising as I had been looking forward to Kim Nam-gil. (Perhaps it was time travel fatigue after TOMORROW WITH YOU and THE BEST HIT.) I also put a lid on MANHOLE and abandoned HOSPITAL SHIP, even though I love Ha Ji-won. (Someone please write a great action-packed sageuk for her to kick butt in again. Pretty please.)

SHE WAS PRETTY did have exasperating leads -- and Siwon's performance was that show's saving grace. That's why I was so miffed on his behalf for what felt like a waste of his talent. YOUR HONOR / DEAR JUDGE got off to a similarly rocky start, but found its groove more quickly.

I'm with you re: the upcoming drama, and hope that it is a well-crafted vehicle for Siwon. He deserves it.

Both She Was Pretty leads were better characters and stronger actors than Siwon and his character in that drama. Revolutionary Love showed all his weaknesses as an actor. He has no depth and or feeling in his acting. Overacting or underacting most of the times. He doesn’t emerge into given characters. Not chameleon enough. Most of the times he is just Choi Siwon who gives some cringe worthy acting performances. If anything Park Seo Joon and Hwang Jung Eum made his acting bearable and were real pros that made Siwon scenes don’t stick up like sore thumb.
People hating on She Was Pretty like it was so problematic, while loving all other real problematic dramas becoming so chliche.

This sounds like so much fun! I think the actors could carry it to good places.

And can he please say “Jackson” time to time for no reason? 🥺 I miss that🙊

I love Chou Siwon. Super Junior is the group that introduced me to kpop and eventually kdramas, so I have a special fondness for him. Yes, his last drama was bad (couldn't even finish) but this one sounds SO GOOD! And the actresses are top-notch too! Plus with this writer and director it can't go wrong as I've enjoyed their past projects. Really looking forward to this!