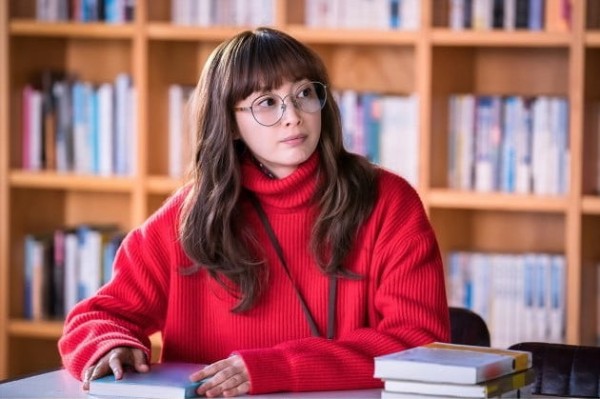 I’m convinced that Lee Na-young (Runaway Plan B) has an elixir for eternal youth hoarded up somewhere so only she and Won Bin can drink it. It’s been nine years since her last drama project, and I swear she looks exactly the same. The latest stills of this ever-beautiful actress have been released as promo for her next rom-com office drama, Romance Is a Bonus Book.

Lee Na-young stars as a woman named Kang Dan-yi who used to be a rising star in the copywriting world. However, several years have passed since her heyday, and now Dan-yi goes around being constantly rejected at interviews due to her overqualifications and her lack of tact. Lee Na-young said about her character, “Despite her harsh life, Kang Dan-yi is the type of person who doesn’t give up and strives even harder for herself. At times, she’s pitiful but her positivity is also very lovable.”

Somehow, Dan-yi ends up deceiving others about her overqualifications in order to gain a temp position at a book publishing company. There, she meets Lee Jong-seok’s (While You Were Sleeping) character, who is the genius hard-working editor-in-chief. Eventually, they engage in a sweet noona romance.

tvN drama Romance Is a Bonus Book, directed by PD Lee Jung-hyo (Life on Mars, Good Wife) and written by Jung Hyun-jung (I Need Romance), will air in the first half of next year. 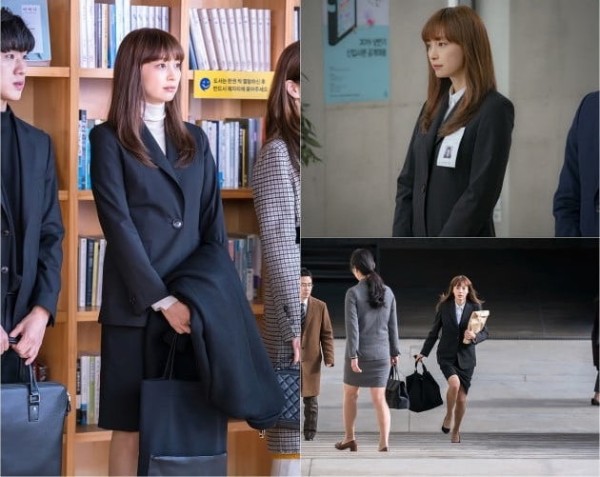 The love of my life is finally making a comeback omf.

Did I ghost write this?

This plot seems similar to that noona romance with jang nara and choi daniel. Nevertheless, ALL ABOARD.

there is a noona romance with jhang nara and choi daniel?

i thought the only show they did was lol. again with LJS - school 2013

That's what I was about to post. It sounds exactly like that thing I hated with the name I don't remember.

HHAHAHA. I try to be optimistic in the comments even if i have no plans to pick it up!

Oh I'll definitely pick it up, even if it's for the first four. I didn't enjoy WYWS but I generally enjoy LJS and since this will be his last Noona romance I'll at least try it.

I can't say the similarities to Baby Faced Beauty (thanks @midnight) are a draw though.

which drama of hers has people going crazy for her? was it a good drama and she good in it?

she looks like the bratty girl from heirs/ DOTS/friend drama with PSJ - if LJS type is this.. then she is the one he is dating in future

come to think of it, weren't the two paired up in hick kick 3 :P

The one in DOTS is kim ji won hehe

ya odn't remember her name. but doesn't she look like this lady?

I guess I can see a slight resemblance in the bottom top-right image. But the straight on images she doesn't look like her at all. I wouldn't have thought so until you mentioned it though.

From literally which angle? Also, the drama she's most known for is Do it Your Way, which was highly praised for not taking the usual kdrama stereotypical route in its early days and she played a tomboy band leader by the way. She was hifhly praised for her performance Her other drama Ireland with Hyunbin was also a hit. More than dramas she's known for her performances in movies like Someone Special, Maundy Thursday, Dream, etc.

wasn't she in Runaway: Plan B with Rain?

Hardworking candy + hardworking genius......z.....z....z......z.....
hopefully the romance is enough of a squee supplement that I won't have to work hard trying to stay awake watching this drama.

I'm frowning that her character is not able to find her job with her overqualification when jobseekers in Korea in real life have trouble finding jobs because they don't have the required specs. At least in the drama Live, it made painfully sense that Jung Yumi's character (before she decided to become a cop) got turned from a job opening because she was female, in spite of her education, since women would end up working less when they get married and become immersed in taking care of their family ugh.

Sometimes it does feel like a career-minded woman just cannot win, doesn't it?

Overqualification is real not just in Korea, but also in the U.S.. Some of my friends who have doctoral degrees in the arts hide their degrees when applying for work. Many of my students decide not to pursue graduate degrees in education because school districts are less likely to hire them since the pay scale is determined by one's terminal degree.

Overqualification is a thing and I have sad and real experience with it. T . T

Overqualification is real. Experienced it myself

Overqualification may be real, but what's also real is that someone with her description is considered too old with too much experience. Man, I hope they handle this well.

First half of next year better be January!! Waiting is a pain 😩

Being overqualified for jobs is real (trust me I’m a PhD), so I’m giving it a go for that. However, if that is just a plot device to pair a hardworking noona with a genius youger man... I will get bored fast.

Let’s hope the Life on Mars PD has some more magic tucked up his sleeve!

Hahaha this reminds me of our comments when That Man Oh-soo's synopsis came out describing Lee Jong-hyun's character as an IT genius but has to work as a barista in a cafe.
Hopefully this writer has more magic dust to sprinkle throughout the plot development!

Yikes! That... does not bode well. 😂
The 4-episode rule will be applied.

LOL, you just compared this to 2018's biggest televisual soporific.

Apparently I'm not qualified to comment. I only have a BA.

if we look at dramaland as a guide, korea must be overspilling with chaebol geniuses

The plot bores me with the sheer 'geniuses' but the PD and writer duo are both incredible so I hope the drama holds up.

If kdramas styled their heroes in the same unattractive clothes, hairstyles and accessories as they are wont to do their heroines, they would have to cease production within a few months.

I don't know the actress, but I am a sucker for noona romances, and Lee Jong-seok is my ultimate noona-slayer. Can't wait for this one!

What's with the synopsis...It doesn't even seem to have a plot at this point besides having a candy girl paired up with a genius boy except the pair is ten years apart. I'll clasp my hands and pray that it's good because I can't bear to see my boy flops right before his enlistment lol.

I actually come here because of that woman in red sweater. She looks amazing. Though I don't know her before, I know her name now. She is gorgeous.

I never really think that LJS is handsome, but I like all of the shows I've seen that he took part it. Anyway, noona romance is just not my cup of tea. But looking from the stills, especially for the leads, I might try the first eps.

Yesssss Lee Na Young is a gorgeous Queen. You should try her movies! They're all pretty good.

Lee Jung Jyo also directed I Need Romance 2012, so the writer and PD have worked together before. I quite liked the INR series back in the day, this writer is pretty good at her sweet noona romances (INR 3). I also really enjoyed Discovery of Romance by this writer too.

My expectations are reasonably high for this one. I'm hoping 2019 will be a better year for rom-coms bc this year was terrible, sadly I didn't like a single one.

Hopefully it will help me with the trauma I had while watching being an evil psychopath serial killer *shudder*
@oppafangirl let's cross our fingers .

Definitely, let's hope for a good story and acting!

Is this the remake of the American TV show Younger that I've heard was being made? The plot sounds just like it...

That was my exact thought at first! Just that the details are different, especially with the younger editor-in-chief and what not, but the premise is very similar! Though I believe the Younger remake is supposed to be on JTBC, so looks like this is something else.

Now that you mention it- the plot is the same! But the younger guy was a tattoo artist and the older guy was the editor in chief. So maybe they switched things up?

She looks Japanese rather than Korean :O
I have enjoyed all LJS dramas except Doctor Stranger that I avoided due to bad reviews so I do think he picks his scripts well. So no matter how cliche this sounds I am looking forward to this!

Having that eternal face and body that even after gave a birth is really a magic! I need that elixir!

She needs to get rid of the bangs.

She's very good looking. Except for those unruly bangs and curls, waves hair that make her look uncleanish messy.. She always has this weird hairstyle that does her no good.

high hopes for this one

Y'all. I am SO excited for this drama. I know that over-qualified life. Masters Degree applying for positions that you need a high school diploma for? YES. Please, stop telling me I'm overqualified for things. Being overqualified and unemployed is NOT going to support my drama habit. Let me do me. GOODNESS. And its a NOONA romance. Am I in heaven? Is this heaven? Books? Noona killers? Is 2019 finally my long awaited year?

The I Need Romance series were on the spicy side, right? It might be kinda nice to see Lee Hong Suk in that kind of role;) I'm in!

I can't wait for this drama