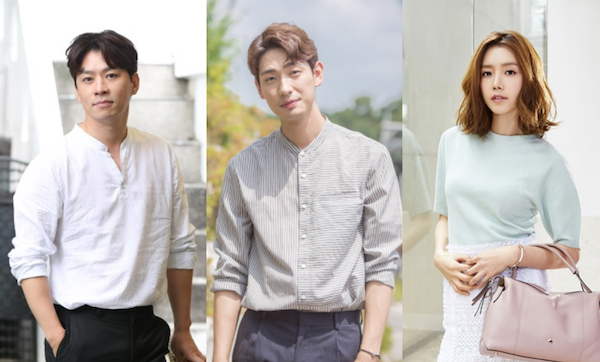 These three will be on the opposite team of the main leads, Jin Gu (Untouchable) and Seo Eun-soo (Hundred Million Stars From the Sky), and they will provide an intense source of rivalry. Legal High is based on a Japanese drama by the same name, which aired from 2012 to 2013, about an almost inhuman lawyer who will stop at nothing and use the most bizarre methods to win his cases.

Jin Gu plays the lawyer whose case success rate is 100-percent, and Seo Eun-soo plays a novice lawyer whose faith in the law is 100-percent. This will be a refreshing comic legal drama about how these two completely different lawyers end up working together. Yoon Park, Chae Jung-ahn, and Jung Sang-hoon have confirmed they’ll be playing lawyers from the bigwig B&G Firm, that poses a threat to Jin Gu’s small office agency.

Yoon Park plays the ace lawyer of B&G, who learned how to win from Jin Gu’s character. However, he has a gentle charisma that’s completely opposite of his mentor. Chae Jung-ahn plays a partner at the B&G firm, whose main role is to be the source of information. Despite her fragile looks, she’s a skilled, practical strategist who prepares all the countermeasures for the B&G team. Finally, Jung Sang-hoon plays an ambitious lawyer who dreams of winning over Jin Gu. Even though he may look mean-spirited, once he gets drunk, his true disposition shows: a pitiful middle-aged man with many emotional scars. He also blacks out each time he drinks. 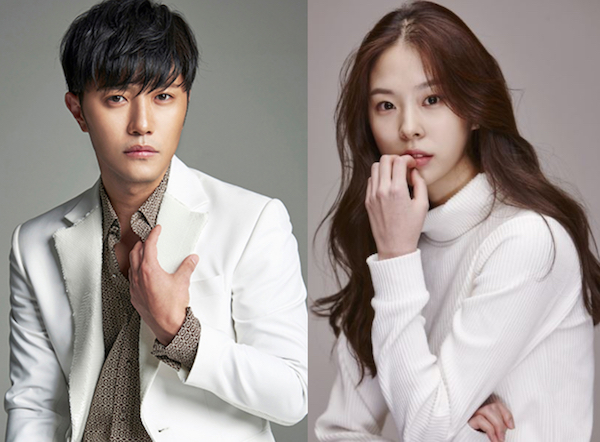 I am sorry but couldn't they do a better job on casting for main lead? Legal High is my favorite Jdrama and I love Jin Goo, but he just doesn't look like a sneaky jerkface you love to hate every.single. episode.
He is more strong looking and has this trustful aura. Even his tone is different.
Kang Ji Hwan, Hyun Bin or Shin Sung Rok would have been a better choice...
I just hope this drama would prove me wrong when it comes out...

And I will forever hate JTBC if they squeeze romance here, or even worse, give main lead
*Childhood trauma
*Character growth
*Morals

*Morals
LMAO but you're right.

Ooo, I like all these people. A law comedy, from JTBC? Maybe like Boston Legal, Denny Crane? I'll have to check it out.

When the three supporting actors are A LOT more interesting and better than both main actors.

😂 My thought exactly, @seralovestteobokki! In addition to @nerdy's lead casting suggestions, I could totally picture Yoon Park doing an excellent job portraying a morally grey anti-hero who is fierce, merciless, and charismatic.

True. My hyung deserves a lead role already. @[email protected] Other actors such as Jung Kyung Ho and Nam Goong Min are also much better choices, but they already have other drama.

Ahh now I really want him in this. 😟

Legal comedy? That's new, at least for me. Hope it'd prove to be just as awesome as the Accounting Comedy Chief Kim, and not an unconvincing drag.
.
O.O I love Jung Sang-hoon. And his nonchalant big-hyung vibe! And his comedic spontaneous singing!
.
And I love these collar-less shirts Korean men wear. So comfortable looking and buisness-like at the same time!

Oiii I love Jang Sang-hoon. He was so good as Eric in My Husband Oh Jak-doo.