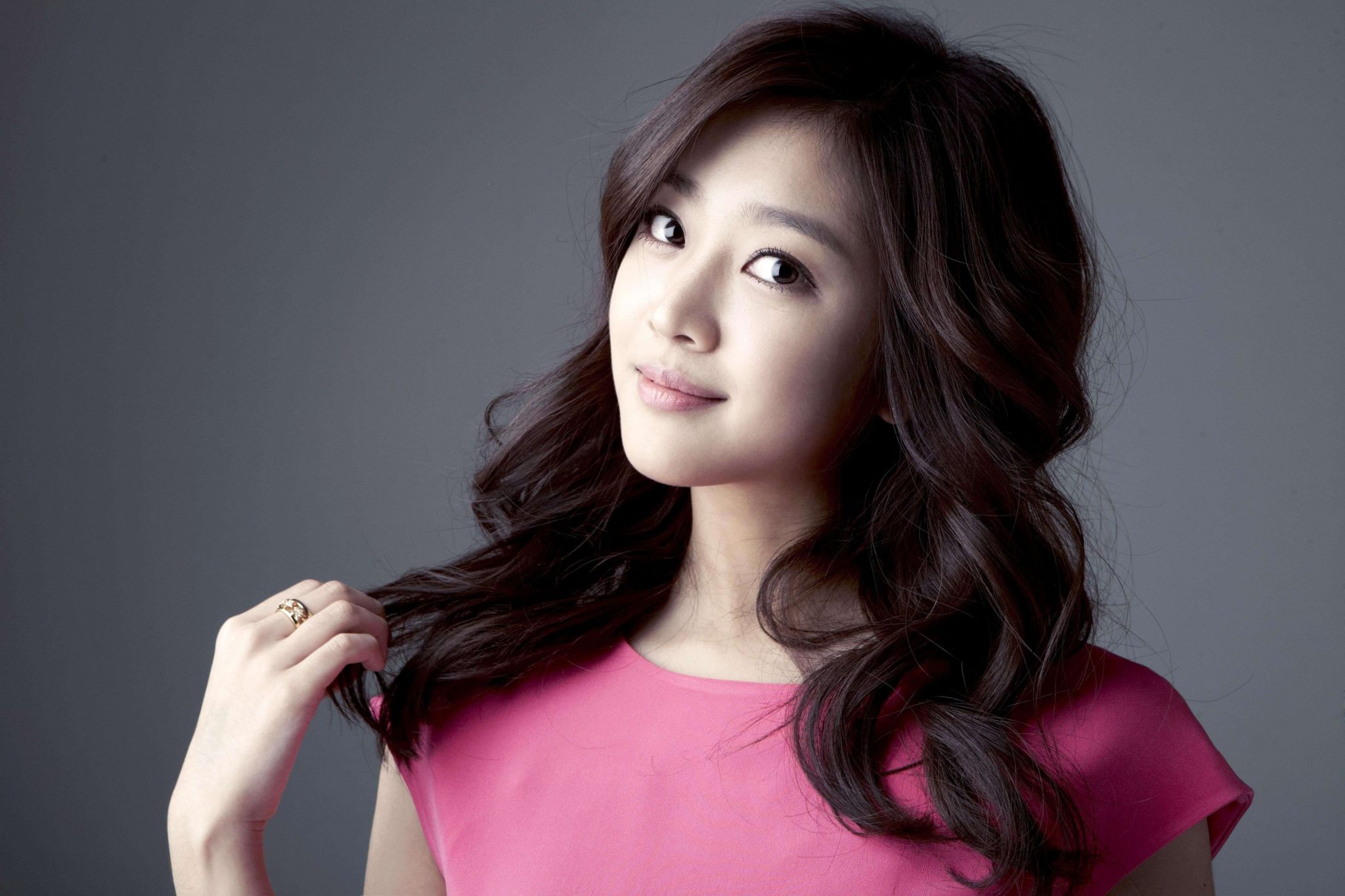 The next actor featured in our spotlight series is Jo Boa. Born in 1991 in Daejeon, South Korea, Jo Boa is relatively new to the scene. She debuted in the 2011 daily drama I Live in Cheongdam-dong, and then landed a major role in tvN’s 2012 drama Shut Up Flower Boy Band. Jo has had a steady succession of dramas since then, often in a secondary or supporting role.

Though she has headlined smaller dramas before, the currently airing SBS drama My Strange Hero feels like Jo Boa’s induction into full-fledged leading lady status. She stars opposite Yoo Seung-ho, and the drama is definitely making the most of her spunk and energy. Jo Boa has an incredibly expressive face, and when you pair that with her comedic timing, you get hilarious results. Jo also has this innate sassiness that enlivens her characters. While that sassiness and energy has resulted in some type-casting in roles that fit her “minx-like” image, Jo Boa surely has a long career ahead of her, with plenty of time to expand her range, and break out of any type-casting.

Here are some highlights from Jo Boa’s drama career, followed by her full filmography. 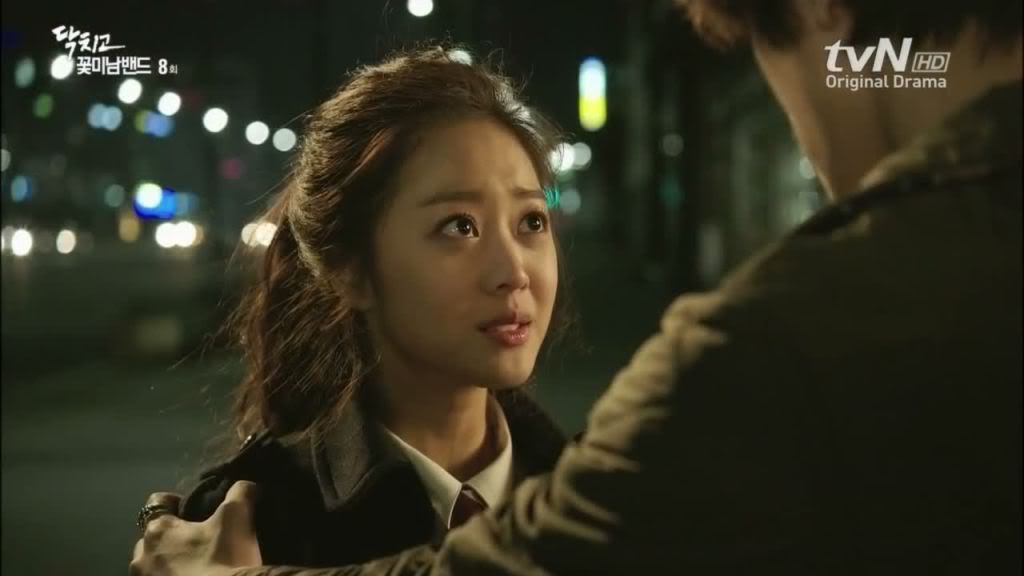 Shut Up Flower Boy Band is a favorite drama of mine, and was (in my humble opinion) the best of tvN’s “Oh! Boy” trilogy from a few years ago. The story followed the teenage rock band Eye Candy, and Jo Boa, a student at their school. She became the muse of Lee Min-ki’s character, but also had a wonderful loveline with star Sung Joon’s character. Shut Up Flower Boy Band had the strange ability to steamroll your heart with its tale of teenage angst, first love, and the power of music as creative expression. Jo Boa lucked out when she landed this breakout role with only one drama on her resume at the time. Her performance as the wealthy heroine who had fallen on hard times and found a soul mate in Sung Joon was pitch perfect. 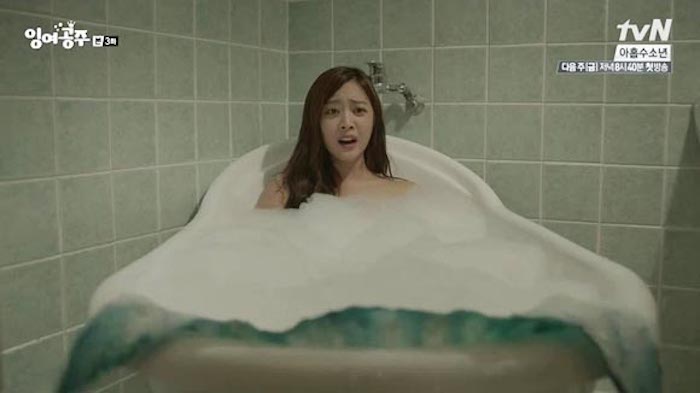 This cheeky drama, rudely cut down by tvN during its run, was fun, wacky, and introduced me to Song Jae-rim (Win!). Jo Boa starred as a sassy mermaid in this trippy remix of The Little Mermaid. She became human to win the heart of Song Jae-rim’s character, who she was completely over the moon for, but met with many a hiccup on her journey to love. Ohn Joo-wan, Nam Joo-hyuk, and Kim Seul-gi were some of the humans she roomed with in the “surplus house,” full of struggling job seekers. Surplus Princess was high on satire, social statements, parodies, and puns, but in the end didn’t fare well with tvN. This was a fun role for Jo Boa though, and despite low ratings she was a great as the smitten and driven (yet totally clueless) heroine. 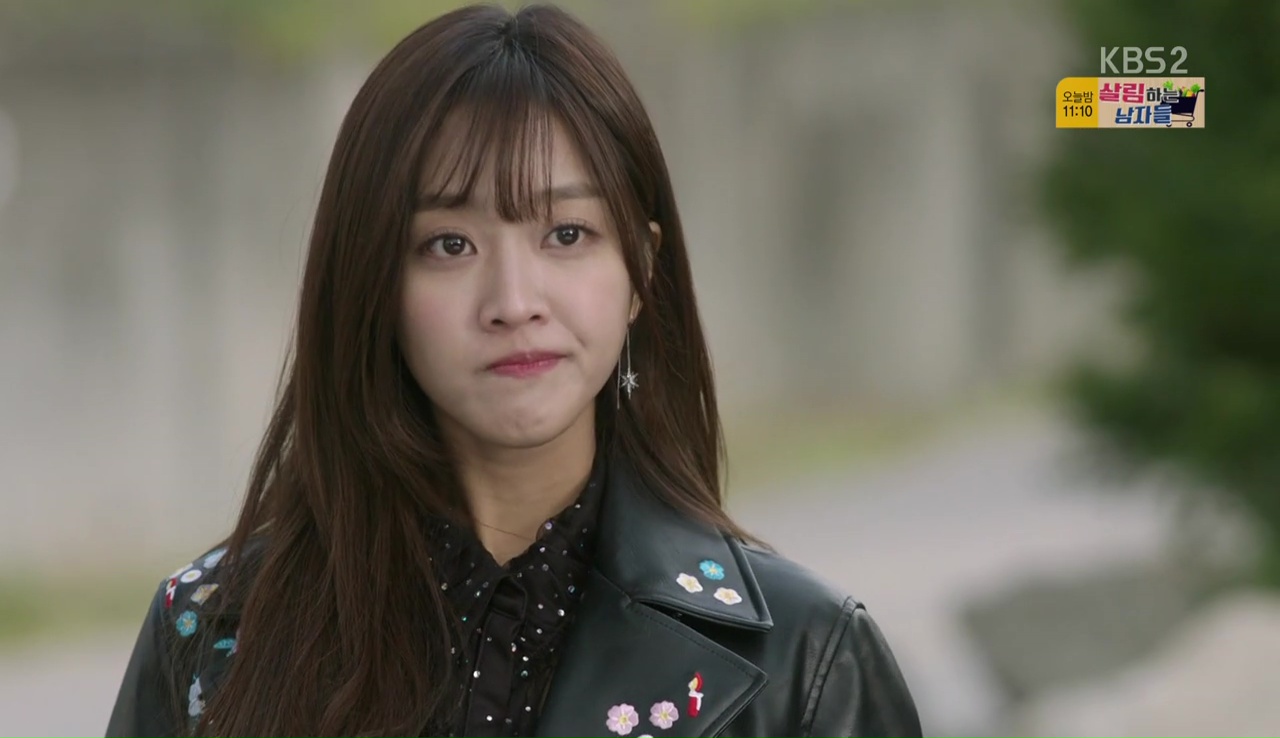 While not the strongest of dramas, The Man Living in Our House had a great start, and a fun cast of Soo-ae, Kim Young-gwang, Lee Soo-hyuk, and Jo Boa. The story was full of past secrets, chaebol greed, some serious gangsters (Woo Do-hwan shout-out!), and a lot of dumpling making. The heroine, played by Soo-ae, returned home to find Kim Young-gwang was her new stepfather — and things just got more complicated from there. Jo Boa played a bratty, conniving flight attendant who was quite the diva — but was also strangely likeable. Her character mainly existed to stir things up for our leads’ love triangle, but I have to say she played one of the rare second lead female antagonists whose performance I actually enjoyed all the way through. Also, she and Soo-ae’s vibes are so different that it was interesting to see them on screen together (I’m a big fan of both, so it was fun casting for me). 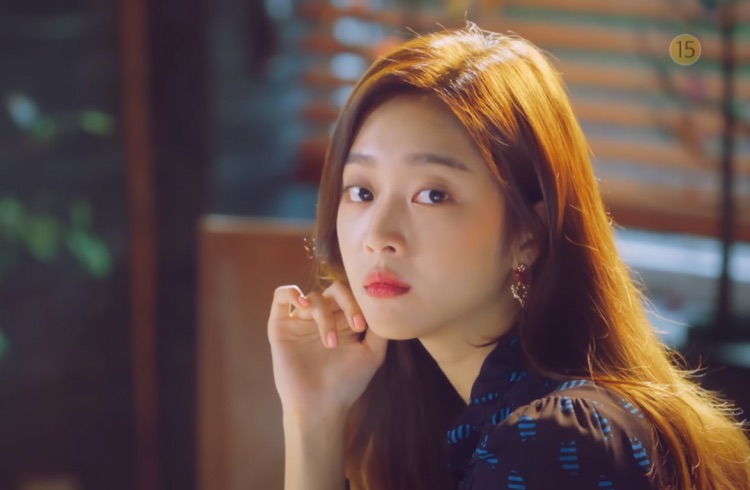 Ah, Temperature of Love. With a leading couple like Yang Se-jong and Seo Hyun-jin, who cares for second leads? While Kim Jae-wook put up a good fight and performance as the second lead male, Jo Boa as the female second lead clawing her way to Yang Se-jong was a bit on the tiresome side. Both second leads went to some extreme K-drama-only lengths to win the heart of their beloved, but for me, Jo Boa’s character was dull and predictable (and kinda needed a smack). Maybe that’s because it was basically a blander version of the character she had just played in The Man Living in Our House? Regardless, stir the plot her character did, and Jo Boa could definitely play the sassy second lead in any drama.

I definitely recommend the special “Let us Meet” for fun and sassy Jo Boa. Sohn Ho-joon starts out as a swoony scoundrel in this one. And remains swoony. 😍

One of my favorite second leads in Dramaland and so glad she’s finally leading her own drama!

My wife and I really enjoyed Surplus Princess, but did not like the way the ending was butchered. In fact the ending was so illogical that it was actually painful. Jo Boa was wonderful through the entire drama.

This was the best drama ever, right up until the end.

I liked Surplus Princess very much, but it was case of First Lead Syndrome. I liked her first interest - chief with apple buttocks (who was initially positioned like first hero) much, much more that her second lead - unemployed asshole - with whom she not quite ended with.

Surplus Princess had very low ratings and it had its episode count cut. I'm grateful we got any kind of closure at all. Also she ended up dating the 2nd lead in real life for a while, though they ended up breaking up.

I've loved Jo Boa since Surplus Princess which I will always recall as hilarious and a terrible shame the way it let down such a talented cast.

Remember when the scary office manager would peek up over the cubicle walls and they played the Attack On Titan opening theme? Good times.

Shut Up Flower Boy Band remains one of my favorite coming of age drama.

Any love I had for Surplus Princess will killed by the big FU ending from the writer/director.

I love her. I don't know why I just do. I've only seen her in like 4 things but I think she's a pretty brilliant wee actress.
I mean, I love all of SUFBB so that's a no brainer, I ended up liking her crazy bitchy SL character in Stranger Living in Our House because the end was boring and she was HIGHLY entertaining, I have yet to finish Surplus Princess but do like it in some weird way, and finally she's broken her type second lead casting and is a lead again in My Strange Hero!!! Woo!

I enjoyed her crazy B character in Stranger in our House also. It takes real talent to pull such a character off.

Right?? Anyone else would've just been annoying, but she somehow made such a character enjoyable.

my first drama with her was in surplus, and it felt like all the dramas i watched with her in it afterwards, she was playing the same type of character (man living in our house, temp of love, etc)

i think shes so pretty! i hope she gets more leading roles lol

I've loved her since all about my Mom. I just love the way she is.

'I just love the way she is.'
This is perfect...
Since I saw her in SUFBB I knew she'll be great.

I really like Jo Boa, she is one of fav actresses. But she is so underrated. She needs to be in the spotlight because she can act. I'm glad she is the main female lead in My Strange Hero.

The first drama I watched with Jo Boa was Horse Doctor, and she had a small but memorable role on that long drama. I didn't know she was in the Flower Boy franchise, I need to give it a try.

12 Eries be the Light

At first when I saw Shut Up Flower Boy Band, I can't tell the difference between her and Sulli. I always remember her as Sulli look a like. Until she blow me away with her acting skill in numerous project. I recommend good bye to good bye. That's really heartwarming drama, and I really like her in that character.