Byun Yo-han cast as astronaut in City of Stars 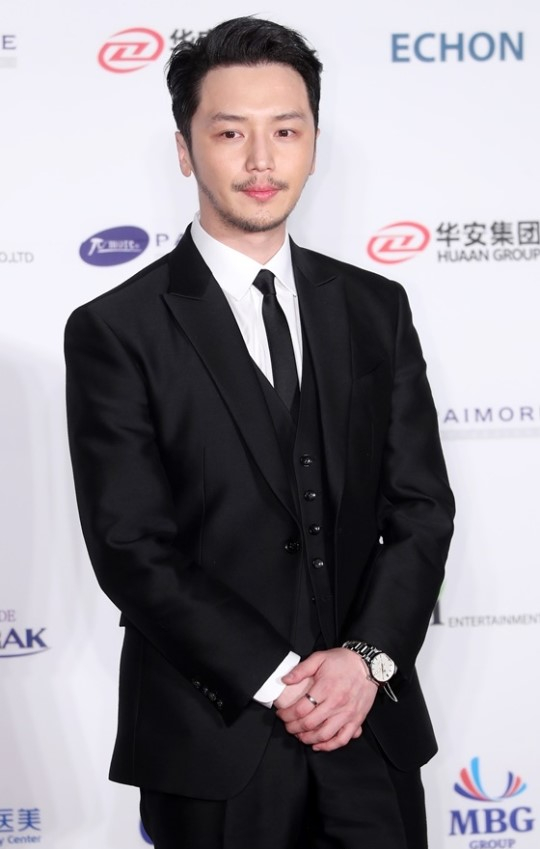 It’s not every day that you come across anything in dramaland that you could consider novel, which is why I’m pretty excited to read about the upcoming drama City of Stars, which has recently announced Byun Yo-han (Mr. Sunshine) as one of its stars. Aside from the show’s interesting premise, I’m down for anything with Byun Yo-han in it, so now I’m just waiting to see if the drama can live up to my high expectations.

City of Stars will follow the story of two men who have always dreamed of the skies since they were young, and what happens after they are both chosen to be part of an astronaut program. The articles are touting the drama as the first to use space travel as its setting, and I’m not particularly surprised, given the relative dearth of Korean astronauts in real life (two, to be exact) and the young history of Korea’s space program (its space agency is less than 30 years old).

Byun Yo-han has been presumably cast to play one of the aforementioned two men, who is inducted into the astronaut program within the show. His character description at this point only describes his occupation, which is that of an aircraft mechanic, but I can only imagine that Byun Yo-han will imbue his character with his trademark good-natured charm. Now if only they can cast other actors with similar levels of charisma, I will be one happy camper.

Another point of interest is that Jang Jin will be in the director’s chair for City of Stars. Director Jang has had a rather scattered but fascinating career, having dabbled in acting, directing, writing, producing, and variety shows, and he’s much more well-known for his films in the directing sphere, with credits like We Are Brothers and Good Morning, President under his belt. I actually think this might be his first ever, full-length drama as a director, so here’s to hoping his dramaland directorial debut is a successful one!

City of Stars has yet to find a broadcaster or an air date, but production is slated to start in March.

K-dramas really do go into all sorts of professions.
I remember reading news about this drama ages ago - was Hyun Bin cast for a role? *trying to recall through my foggy memory*

feels like it will be a copy-paste from Space Brothers.

I thought the same reading the synopsis but it's not mentioned whether these men are brothers or not. Space Brothers is quite long... it also could be inspired from Yukimura Makoto's PlanetES you never know since it contains a strong emphasis on romance and is shorter. In fact, given what it would require in terms of budget it probably would be better to go for something short.

Yeah I thought of Space Brothers too but I don't think it'll be similar. Or I hope Not. I LOVE space brothers but it was too long. 😅

It feels like years ago lol. It's a pretty pricey project for a genre that hasn't been well received yet. I don't blame Binnie for dropping it.
Good luck to Byun Yo-han!

This is true. I think it was about 2.5 years ago. So of course actors have moved on. 😅

But--but no pharmacist drama yet 😭

I thought it was more of s makjang family drama than centralized in pharmacy...

I see. But isn't it more of a long family drama like Life is Beautiful, not a makjang? If the drama is long and the story revolves around a pharmacy, it's possible that they focused on the profession a lot!
.
P.S.- They have recaps here :-) http://www.dramabeans.com/tag/sons-of-sol-pharmacy-house/
Seems like they loved it!

I'll trade you 3 lawyer dramas for one pharmacist drama.

You draw a hard bargain. Throw in park bo gum as the pharmacist and i accept.

It's one thing I love most about Kdramas. You learn new things about the world. Pre Oh Hae-young, I never knew about the seriousness of sound-production and that ALL the background sounds have to be added seperately instead of being recorded at the same time as drama shooting.
Same goes for Sageuks. They spawn-out stories from all kinds of "firsts", lol. First female doctor, first female potter, first queen, first female painter, first female singer......WOAH!

😄😄 yup. Even a guitar maker appeared in a recent drama, but sadly they didn't stress too much on that storyline. 🙄

Alhambra? They didn't even spend enough time about the guitar-maker herself, so there's no talking about the profession... :-(

Now if Won Bin accepts, it will be perfect.

A well deserved lead role. Give him a proper actress preferably Kang Sora.

Oooh how novel! Count me interested! (Also LOVED HIM in Mr. Sunshine)

Finally, there is update about this drama after about two years!

First drama directing for Jang Jin, and second leading role for Byun Yo Han (after Ex-Girlfriends' Club). Curious who will be other casts.

Definitely looking forward for it.

I can never have enough of Byun Yo-han. Especially since I ended up dropping Mr. Sunshine quite early on despite my love for him.

Can we have a sort of "The Right Stuff"-esque drama? Camaraderie and perseverance and all that good stuff. And bromance. This screams bromance. I need Byun Yo-han induced bromance. lol. I can't wait to see the final cast.

I would also be interested in seeing how they depict Korea's space program. Or are they going to make up some organization? Will they create a sort of NASA inspired organization and history?

Space AND Byun Yo Han ?! I'm definitely watching it !

Yes! 😍
And I suddenly realized he gives me James McAvoy vibes... (my bias as well 😊).

Yes. I didnt watch Sunshine, but commented on someone's post about that. Every time they posted pics of him I'd have a double take, lol.

Oh, so I'm not alone 😆
Sunshine... and Six Flying Dragons... are on my never-ending and longer-and-longer list of dramas I want to watch...

Good Morning, President was such a fun film! Back when I had never watched a k-drama... innocent times. Haha. Can't wait for this.

C'mon just have Korea build a space station and staff it with a great melo cast struggling and competing for positions while making sure the station remains in orbit. I even have the name for you: Space Castle

I'm currently watching Misaeng...super late to the fun I know...and I'm loving Byun Yo han on there, he is soo refreshing and unlike any other actor I've seen in dramaland. I havent watched Mr. Sunshine, I'm not one for period pieces but I might give it a try just for him...cant wait to see him in this too

About once a month or so I go to YouTube and listen to Byun Yo-han sing the folk song from Six Flying Dragons. So captivating. https://www.youtube.com/watch?v=GxEl0P-l7NY

I have this in my iTunes so I can listen whenever. It's soooo good!

excited to see him in a lead role! first watched Byun Yo-han in Misaeng and then in the movies Haru and Will You Be There - both heartwrenching in their own ways. was so thankful to have been in Seoul 2 years ago when Haru was released, and got to see him twice when the cast made appearances at various cinemas before/after the film screening 🤩

hehe >.< very thankful! although poor guy seemed so tired from rushing back and forth to various cinemas across the city :(((((

14 Eries be the Light

Same with you @tipsymocha , anything with Byun Yoo Han, I'm in. I'm so glad that many stars from chungmuro coming down to the dramaland.

The moustache isn't working without the topknot...

Lee Seung Gi would be good as the other astronaut..

Hmm..how about uri Inguk oppa as the 2nd astronaut?? 😀😀

Finally it's confirmed that it will air. Long waited!