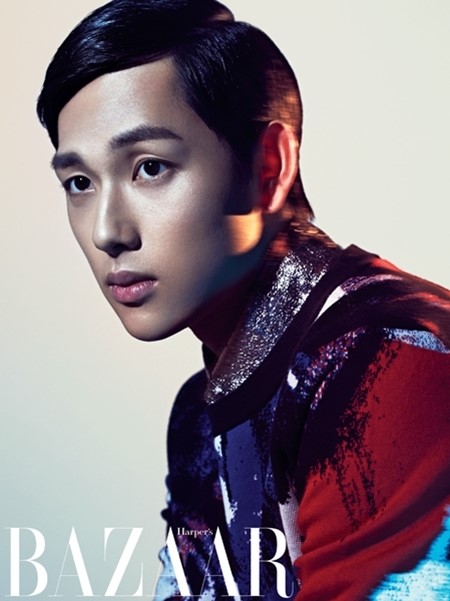 For his first post-army project, actor Im Shi-wan (The King Loves, Misaeng) is considering a new drama with OCN called Hell Is Other People.

The drama is an adaptation of a webtoon, also called Hell Is Other People, which is written and illustrated by Kim Yong-ki. It’s a well-known series in Korea, boasting over 800 million views, and ranked number one in webtoons for 39 weeks.

The story is a thriller-horror about a young man’s strange encounters while living in an old gositel in Seoul. He left his home in the countryside to come to the city, but everything and everyone in the gositel is odd and suspicious.

The title, Hell Is Other People, is also a famous line from Jean-Paul Sartre’s play, No Exit. Possibly an inspiration for the webtoon as well, the play is a philosophical examination on self and society through the set-up of three characters trapped together in hell.

I hope Im Shi-wan accepts as it sounds like a really interesting project to work on. I’m not familiar with any of the source material, but I skimmed through a couple chapters of the webtoon today and my curiosity is piqued. My only worry is that I scare easily, so perhaps no nighttime watching for this one.

Im Shi-wan enlisted for mandatory army service back in July 2017 and is due to be discharged in just a couple months on March 27, 2019.

I don't care about the project I'm just glad he will soon be gracing our screens. Waiting for the rest, the army owes a lot

Dilemma, dilemma. As much as I can't do horror, I love Im Siwan. He's magnificent. Glad to see him (hopefully) coming back to our screens! *crossing my fingers that the drama will be more thriller than horror*

Ikr. More horror. 😅 But it's Im Shi Wan and it sounds good. How can I not check it out?

Exactly. *curls myself up in a giant blanket fort* Bring it on.

I hadn’t thought of it before, but a kdrama would be the perfect vessel for French existentialism

Thanks for the Im Shi-wan update, @tccolb! It seems as if he only just left for the service. Where has the time gone? Oh, right. THE KING LOVES was pre-produced. He had already enlisted before the drama even premiered in July 2017.
http://asianwiki.com/Siwan

I don't know anything about the webtoon. But I do recall seeing Jean-Paul Sartre's play No Exit when I was in college. I'm not in the market for existential despair, but may take a peek at the first episode for the heck of it. ;-)

Yep, everyone should take a page from his book. None of the other actors in that show have done any dramas in the meantime either. So, that helps too.

@ally-le Ally,
Actually, Wang Rin has been busy in the interim. According to AsianWiki, Hong Jong-hyun and Yeo Jin-goo were supposed to have filmed the Korean remake of the 2008 robot Jdorama ABSOLUTE BOYFRIEND starting last July. Maybe it's been delayed in the wake of all the other robot dramas, or was supposed to be pre-produced. I've been keeping an eye out for it, and had it confused with just plain BOYFRIEND with Park Bo-gum.

He also had a cameo in “Busted” that I did see in the interim.

This is the man who brought to life Jang Geu Rae. How can I NOT like him? *adds to list*

Time really flies! I can't believe he's being discharged already!
Can't wait for some of my other fav oppas who'll be discharged this year as well.

I read the Webtoon. But as soon as I start, I stopped. The drawing is little bit scary. How the webtonist describe the situation is weird too.. but I'll try to watch of Im SHi wan accept it

Of course not , OCN became a favourite of mine 😁😉

Sounds like a great role for him to take straight out of the military. Seems like it will be very “adult” and hopefully the popularity of the webtoon translates to popularity of the show. I have all confidence he’ll smash the acting part of it but of course the writing and directing are the most important.

I can’t help but look wistfully at the description of Byun Yo-Han’s space drama which indicates a role for another lead male in a bromance relationship... Hopefully Misaeng 2, if it gets produced after Kang Ha Neul gets out of the military, will involve all the original newbies!

Hi all! I'd like to ask where I could read this webtoon please? I only read webtoons from Line Webtoon app, and this isn't there.

Anyway, I am so hyped for this! Siwan is such a good actor, and I'm looking forward to see him in a creepy (err, I do hope it'll be creepy? Haha) series.

It's available on Naver webtoons, but I'm not sure if there is an English version. In Korean, the title is 타인은 지옥이다.

Ooh, thanks for the reply! I reckon there isn't an English translation yet. :(