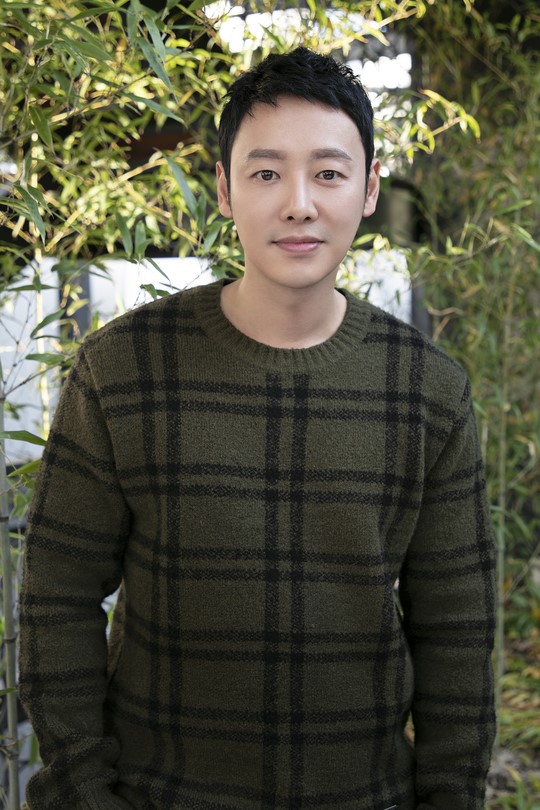 A new drama is in the works for MBC, called Special Labor Supervisor Jo, and actor Kim Dong-wook (The Guest, Radiant Office) has been confirmed for the leading role.

Kim Dong-wook will play the main character, Jo Jin-gab. Although he appears to be indifferent to the world, he is actually a pure-hearted, hard-working, and honest person. At times hot-tempered and meddlesome, he is also motivated by a strong sense of justice which helps him to stand strong against his opponents.

He had once been a promising judo athlete in the past, but was forced to quit after trying to file a complaint against a fixed match. He then attempted to become a judo trainer, but it didn’t last as he was unable to control his quick temper. Deciding to turn his life around, he then studied hard and made it all the way to a level 9 civil servant. His goal had simply been to obtain a full-time and secured government position. However, after he is assigned as supervisor to the Ministry of Employment and Labor, everything changes.

The director is PD Park Won-gook (Ruler–Master of the Mask), but it’s the writer that has my attention — Kim Ban-di, the writer for Angry Mom.

Like Angry Mom, Special Labor Supervisor Jo will also be examining current social issues in South Korea. While the former was about corruption within the educational sphere, the latter will be using a satirical lens to look at the various personalities and elitism that Kim Dong-wook’s character encounters through his work as a civil servant.

I’m pretty excited because I really enjoyed the story that was told in Angry Mom. There is a teeny bit of fear at the possibility of disappointment since the PD doesn’t have many works under his belt so far, but I’m going to choose to see the glass half full. Fingers and toes crossed!

Special Labor Supervisor Jo is currently being planned to air Mondays and Tuesdays on MBC in the upcoming spring of 2019.

Ooh sounds interesting and there are no exorcisms (I think). I couldn’t watch The Guest but I’d tune into this - A sort of office/slice of life drama?
P.S.:I love his voice! 😍

No exorcisms that we know of, yet.

he does have a great voice

All the Dong-wook’s have great voices: Shin, Lee, and Kim.

Sorry, but with someone from Ruler in the mix, it's not just a "teeny bit of fear".

Meanwhile, the 2nd paragraph sounds like a generic character from every kdrama ever.

This sounds like a j-drama! Looking forward to it.

Exciting news! Happy to see Kim Dong Wook back with a new drama so soon. Haven't seen much of his work, but he was great in The Guest. Hope this is another strong role.

Hmm... sounds exactly like his role in "The Guest"... and the "hot tempered" also fits the same bill as his role in the "Along with the Gods" franchise.

Since he's the leading man for once ( well arguably he already had leading roles but always in an ensemble cast)... I'll take it. He's so cruelly underrated I'm glad that he has a main role on a main channel for once. Wish him all the success he deserves.

PS: Come to think of it he was also "hot tempered and meddlesome" in his first drama Coffee Prince.

Yas! There's a sexiness about Kim Dongwook that adds thrill to my life, Heee. So glad to know he'll be back soon. Plus, I love Angry Mom so let's hope for the best. Please be good!

Yes on his sexiness. I was watching Radiant Office and was fanning myself when he was on the screen.

At times hot-tempered and meddlesome, he is also motivated by a strong sense of justice which helps him to stand strong against his opponents. Hwa-pyung, is that you? Btw, KDW's voice is lovely.💖
Angry Mom writer? I wonder if we will get a character like Gong-joo (and minions), that would be a plus. 😎

I know! I wasn't planning on watching this, but now I'm strongly considering it...

I'd watch this not only because I liked him in The Guest -but I LOVED him in Along with the Gods.
All over he just comes across as sweet and earnest. But then maybe I'm biased from his role in Coffee Prince.
Either way, I'll be looking forward to this.

He's so good in bubbly character! He was such a bubbly dead brother who annoyed the grim reapers, LoL.

Thanks for the casting news, @tccolb. I loved Kim Dong-wook as barista Ha-rim in COFFEE PRINCE, and in cahoots with Waffelmeister Kim Jae-wook in GUEST. He was dandy in ALONG WITH THE GODS, too. I'm thrilled that he'll be back in Kdramaland so soon. And as a Righteous Meddler to boot. ;-)

Here's the page on AsianWiki:

I wonder how long this show has been in planning stage and if SKY Castle is pushing network execs to rubber-stamp more satire shows. Not that I'm complaining. It'd be an awesome 2019 trend.

(Also Kim Dong-wook is like a sexy teddy bear.)

If we get more shows along the lines of SKY Castle and Heard It Through The Grapevine, 2019 will be a GOOD year for k-dramas.

Satire is a word I think is overused and can be done completely wrong when you don't have the right writing or actors in the role.

SKY Castle got everything right on that front. Here is hoping that this will continue.

ohhh~ kim dong wook~
I'm glad at least one of the trio finally gives us some casting news
(your move, Kim Jae Wook, Jung Eun Chae~)
I liked AM but not that much and that PD....urm.....what drama is that again? I dropped my head just now. The plot kinda ok-ish although obviously it didnt gives us a lot. His characterization reminds me of Hwa Pyung, not that I'm complaining about it....

Kim Jae Wook does seem to take longer breaks between projects. It is that he is that selective or that producers really don't know what to do with him.