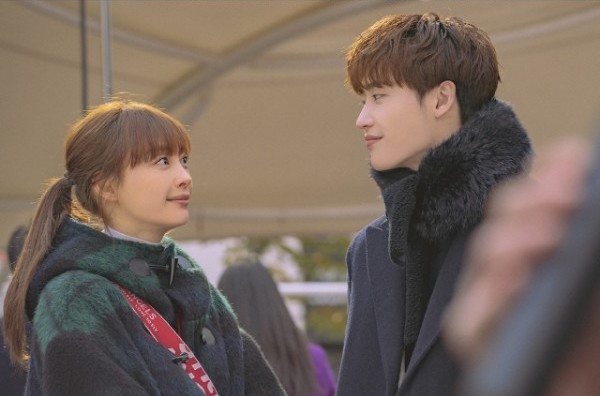 Couple stills of Lee Na-young (Runaway Plan B) and Lee Jong-seok (While You Were Sleeping) have just been released. They already look so cute for their new drama, Romance Is a Bonus Book, the tvN rom-com about a love story that unfolds at a publishing company.

Lee Na-young plays a has-been star copywriter who is just too overqualified to become employed. Lee Jong-seok plays a cultural icon, who has made a name for himself in the writing community as a prodigy. He’s also known Lee Na-young’s character for years, and to her, he’s that “familiar dongsaeng.” Hmm… this drama is giving me serious Pretty Noona Who Buys Me Food vibes now.

There’s been a lot of talk about this drama because it’s Lee Na-young’s comeback from her nine-year hiatus. To me, her most memorable works have actually been her movies. I’d definitely recommend healing melo film Maundy Thursday or transgender comedy Lady Daddy, if you haven’t seen her before in anything.

Out of the many trendy actors of this generation, Lee Jong-seok seems like he would be a good match for her in her comeback project. It’s happened multiple times (e.g. Pinocchio, W—Two Worlds), but I’ve seen that he has this ability to look as though he’s genuinely falling in love with his partners, and in the process, he lets us fall in love with the heroine alongside him.

Directed by Lee Jung-hyo (Life on Mars) and written by I Need Romance series writer Jung Hyun-jung, Romance Is a Bonus Book is set to air beginning January 26 on tvN. 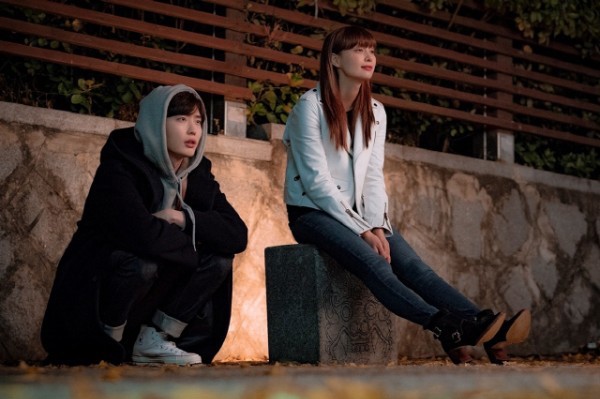 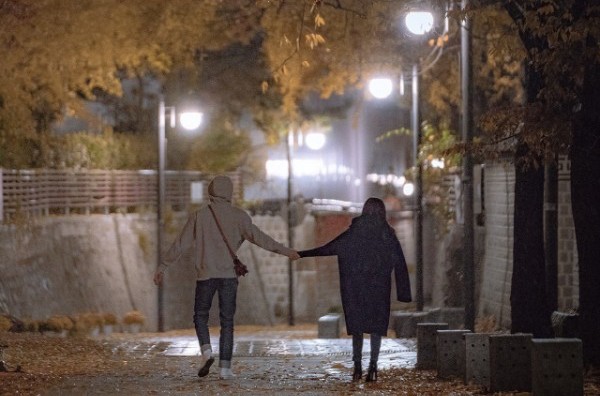 Everyone involved in this project raised my expectations, which, paradoxically, given my experience, makes me giving up all my expectations. I don't want my heart broken again.
When I look at the picture on top all I can think is how much they look alike.

My love LJS in a hoodie and Converse next to Na-young noona has officially ended me. 16 more days people.

Now that I know they knew each other in the past I'm about ten times more excited than I was before! 😍

If anyone can slay noona romance, it’s LJS. I usually like him in everything even if the drama itself isn’t great.

But it was the PD and writer duo that got me excited in the first place, let’s hope it’s going to be really good!

Dang, Lee Na Young looks exactly the same as she did last time she did a drama. She and Won Bin certainly have the source to the fountain of youth.

Ohhh please, not like "pretty noona"!!!
For sure no. They already know that show and the mistakes they made..
Also, LJS is a classy actor... He will be great.
Not that I am saying Jung Hae in is not classy... I love him too, but he was unlucky with the writer of pretty noona.
Let's see what this show will bring us...
Long live noona romances!!!😂

Right you are, javinne!
LEE JONG-SEOK will be great in this new project LIKE he always delivers.
That being said, JUNG HAE-IN, another good young actor, DID match the wonderful Sohn Yeh-jin in Pretty Noona.../Something in the Rain. Together, his boyish charm and her presence and ageless beauty carried the romance. BUT, the writer of the drama did JHI and SYJ a disservice. After episode 8, the drama went downhill.
I have a lot of confidence in the wrier and PD of this new Lee Jong-seok project.
Am counting the days to ROMANCE IS A BONUS BOOK :)

I also liked Sohn Yeh jin... She is pretty, vulnerable and she can transmit depths, but yes... sadly, the writer didn't help in pretty noona, and the music became toxic. Secondary characters didn't help much, and the major antagonist took so much screen time... It was a disaster.

Oh god, what's with the excessive usage of "classy" in that comment? What doest it even mean.

For me, it means LJS has good taste and I would expect that his projects will be of a relatively high standard production. I think, except for Dr. Stranger, all his projects have been very but very well done.

Will this be on Viki

A LEE JONG-SEOK drama is one I always look forward to, more so because this is his last project before his military enlistment.

More importantly, he IS REALLY GOOD with whoever he is paired with BUT his most memorable role to me is that of a young man who fell in love with a feisty lawyer — YES, the noona romance I Hear Your Voice with Lee Bo-young.

I have never seen any of Lee Na-young’s works and will certainly look up the movies you mentioned.

>> Out of the many trendy actors of his generation, LJS seems like he would be a good match for her (LNY) in her comeback project... It’s happened multiple times (Pinocchio, W—2 Worlds) but I’ve seen that he has the ability to look as though he’s genuinely falling in love with his partners, and in the process, he lets us fall in love with the heroine alongside him.>> YOU are so right tineybeanie!
I am so looking forward to ROMANCE IS A BONUS BOOK.

maybe he does fall in love :P
a total playboy

Yes I agree with you and tineybeanie about LJS with his ability to look like he's really in love with the FL. In fact, ALL OF MY FRIENDS have said the same thing. I would say, if there's a master of chemistry it's LJS.

He strikes me as a hopeless romantic from his interviews so I wonder if that has something to do with him always delivering the steam.

I need more of this!

I'm ten times more excited for this drama when they dropped these stills! They somehow look alike lol. Seeing them together like this makes it a lot easier to imagine their tandem since I just didn't know how that would work at all but now I have high hopes. Bring in the chemistry...and the books!!!

I love LJS. He is a great leading man. I feel like he brings out the best in his co starring ladies. I'm sad we won't see him in drama land for the next couple of years.

Bad script or not, I'm in... It's Lee jong suk in a noona romance, that's like his bread and butter

That's one thing I love about LJS. His characters and acting doesn't vary much from drama to drama but the chemistry he has with his co-actresses is off the charts. He genuinely looks like he loves his co-actresses in each drama he does, which makes him so enticing to watch.

Honestly with Boyfriend i cant enjoy the romance 100% cuz am just thinking that's ur best friend's wife ha ha!! But i dont know much about her and her husband and am sure there's no friendship there so bring on the makeout sesh 😉

They look good together, I’m so excited.

I'm neutral on LJS but this looks really cute. I hope there's enough story to keep it interesting for 16 episodes.

Looking forward to watch this drama 😘😘

damn, that second pic is so good. been in drama slump after millions stars ended. lee na young comeback really intriguing. can wait for this drama begin. will this bring me out from my drama slump ? can't wait to see.

ohhh boyyy get ready for some sweet romance , and if i recalled all the INR shows, drama writer-nim really loved steamy kisses. And LIFE OF MARS DIRECTOR!! That show was really one of the best series of 2018. Combined with LJS, this show is gonna be goodd! *Cross fingers*