An arrogant, sarcastic lawyer with a 100% win rate and a high fee starts working with a rookie attorney. She is passionate about defending the innocent and winning cases. Together they work to solve cases and get the better of their rivals.

An arrogant, sarcastic lawyer with a 100% win rate and a high fee starts working with a rookie attorney. She is passionate about defending the innocent and winning cases. Together they work to solve cases and get the better of their rivals. 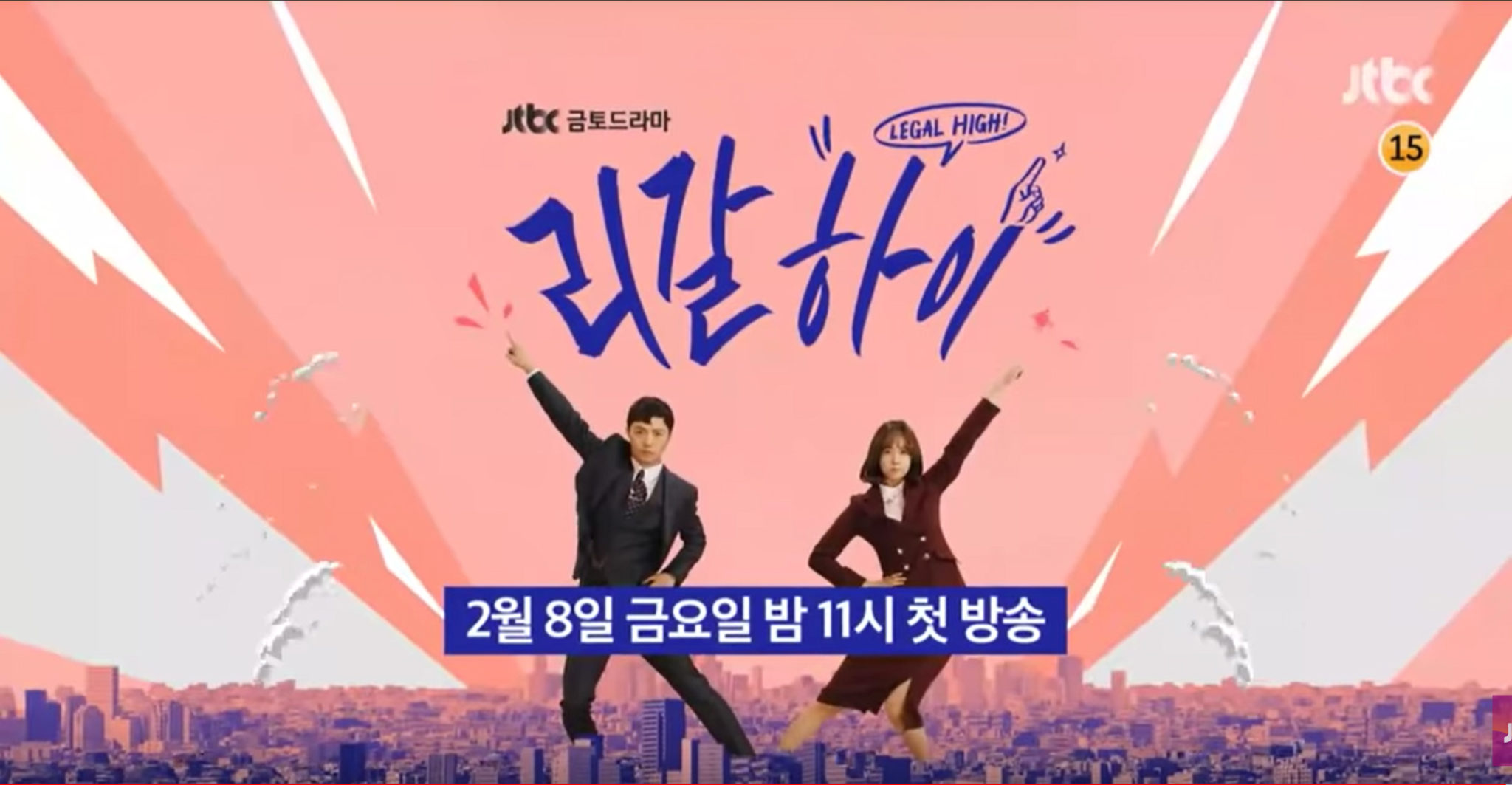 The story is about “monster” and “weirdo” lawyer Ko Tae-rim who’s known for having a 100% success rate on all his cases. However, his think-outside-the-box tactics bring him into conflict with rookie lawyer Seo Jae-in who stands firm in following the rules to a tee.

The new stills feature Jin Gu (Untouchable), who plays the lead role of Ko Tae-rim, alongside veteran actor Lee Soon-jae (Live). As pictured below, the pair will have an odd couple relationship which is particularly evident in the bottom stills. Jin Gu is seen jogging in a peculiar outfit and Lee Soon-jae coaches him while riding a motorbike next to him.

In the drama, Lee Soon-jae will be playing Gu Se-joong. His character works with Ko Tae-rim as his law firm’s office manager. However, Gu’s position is a bit atypical as his responsibilities include landscaping, cooking, facilities/property management, medical health, housekeeping and more – in addition to his actual office duties. 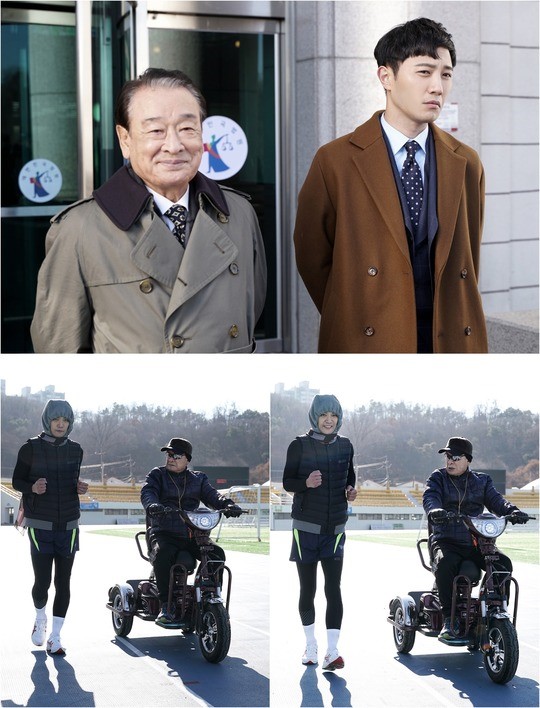 The teaser starts with Jin Gu walking through a group of protesters as we hear someone in voice-over saying, “You said I would be introduced to an incredible lawyer who has never lost a case yet.” The scene then cuts to Jin Gu gesticulating in a court room as he narrates, “If there are a hundred people, there are a hundred different kinds of justice.” A fight breaks out and someone grabs Jin Gu by his collar, and his narration continues that, “The courtroom is the chaos of everyone insisting that they are in the right.”

We then see Seo Eun-soo (playing Seo Jae-in) looking for something as she asks, “Ko Tae-rim?” Another female voice then says, “The legal fees are apparently astronomical,” as Jin Gu happily accepts a large bag of money. We then switch back to Seo Eun-soo who says, “That guy is the monster-weirdo?”. Jin Gu is then seen posturing again as he firmly states, “No tabs. No discounts. Just bring the money and I will make sure you are found not guilty.” Seo Eun-soo then leers at Jin Gu, crumpling a piece of paper in her fist and shouting, “Courtesy, etiquette, manner, duty. When I think about these things, I absolutely cannot let people like you get away with this!”

Jumping again to another scene, Jin Gu makes hand gun gestures as he stands ahead of Seo Eun-soo who is walking towards his direction. He spreads his arms out grandiosely and kneels as he proclaims, “I will put an end to it all!” Seo Eun-soo is briefly annoyed as one of his out-stretched arms is blocking is her way, but she easily pushes him away. The teaser then ends with Jin Gu looking back up at Seo Eun-soo with a sharp look.

I didn’t know Lee Soon-jae was cast in this! I love that he’s getting such a fun role to play, and I hope he and Jin Gu will have a great bromance or father-son relationship. Countdown: 11 more days to go!

Legal High will be premiering next week on February 8, 2019, airing Fridays and Saturdays on JTBC. 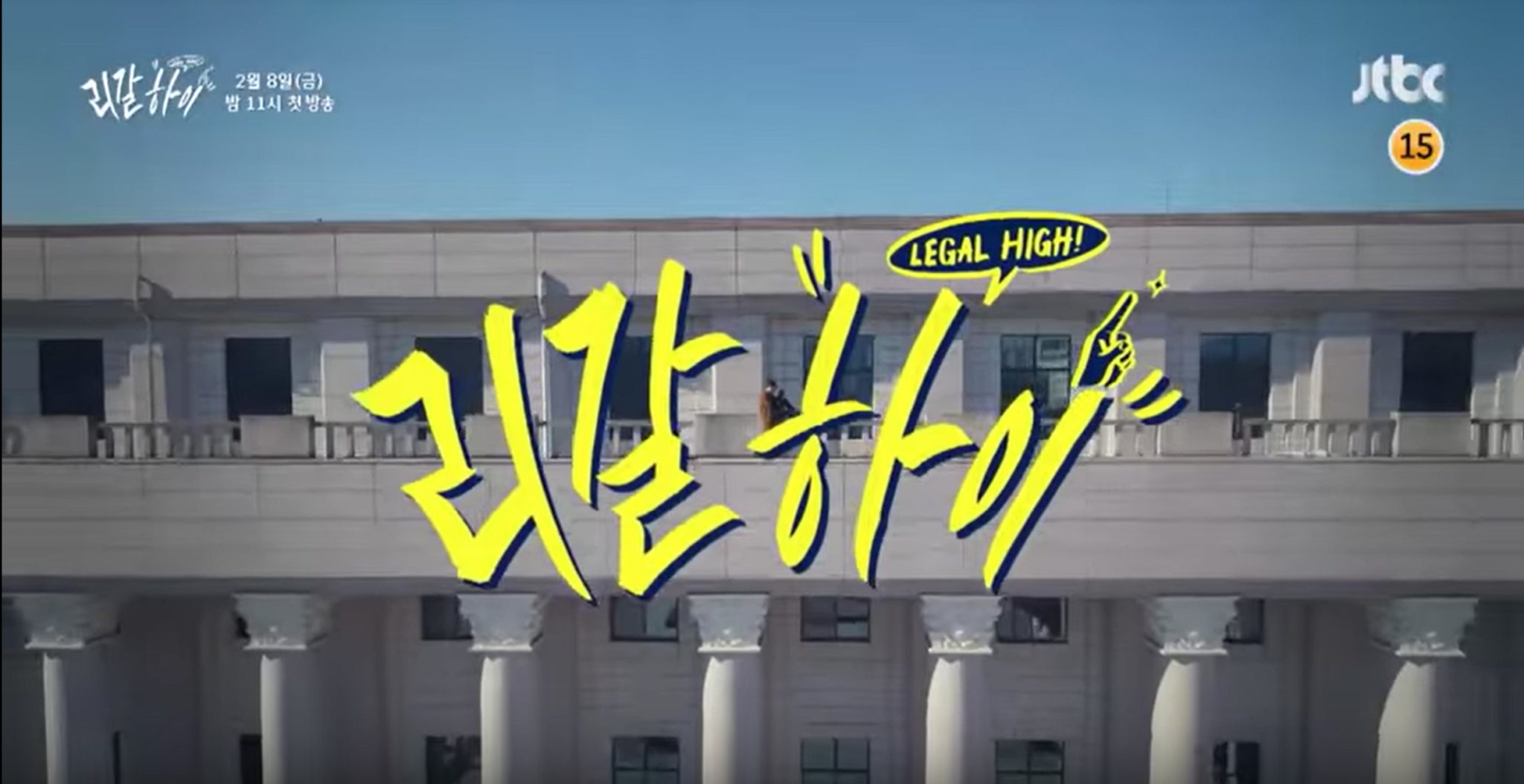 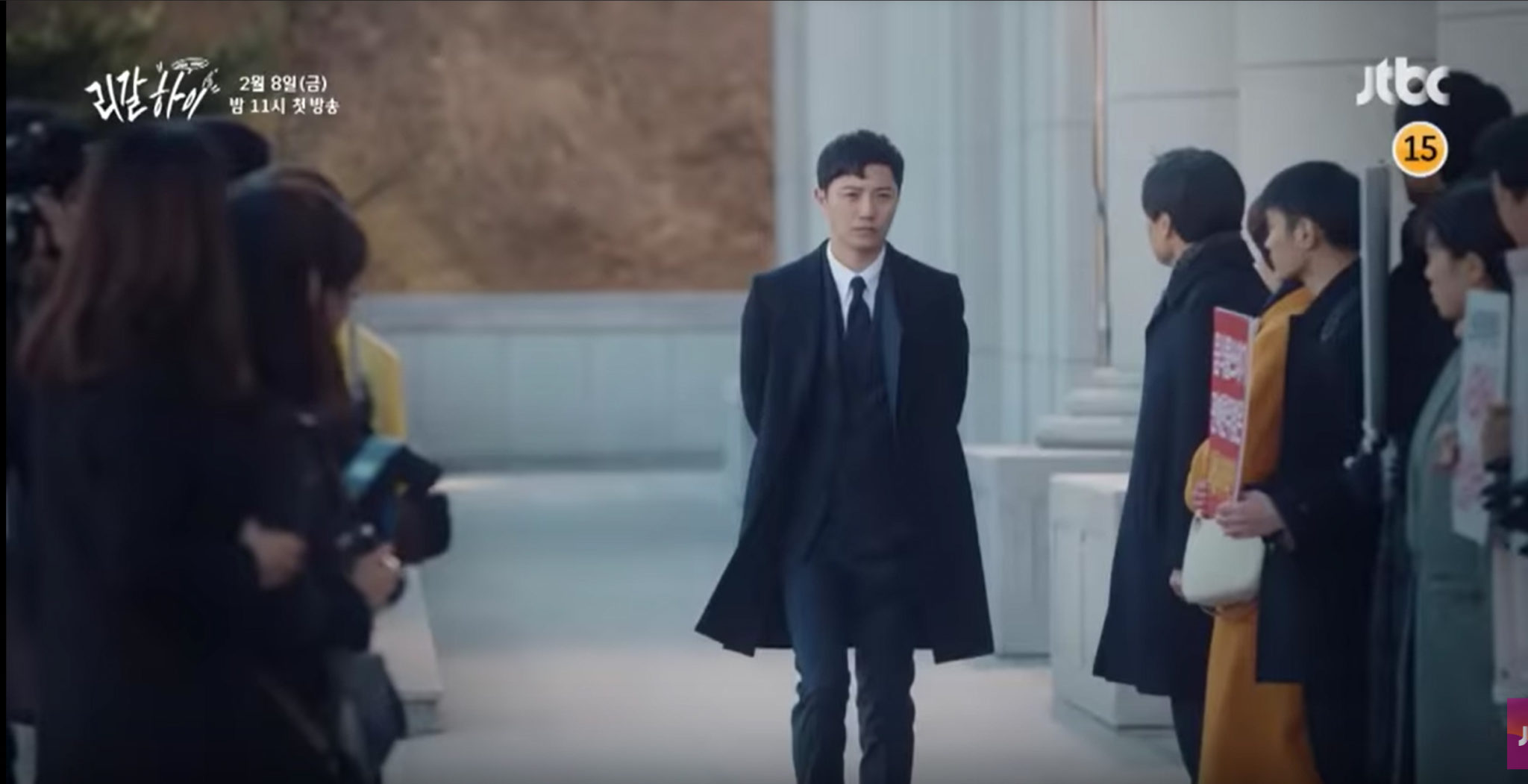 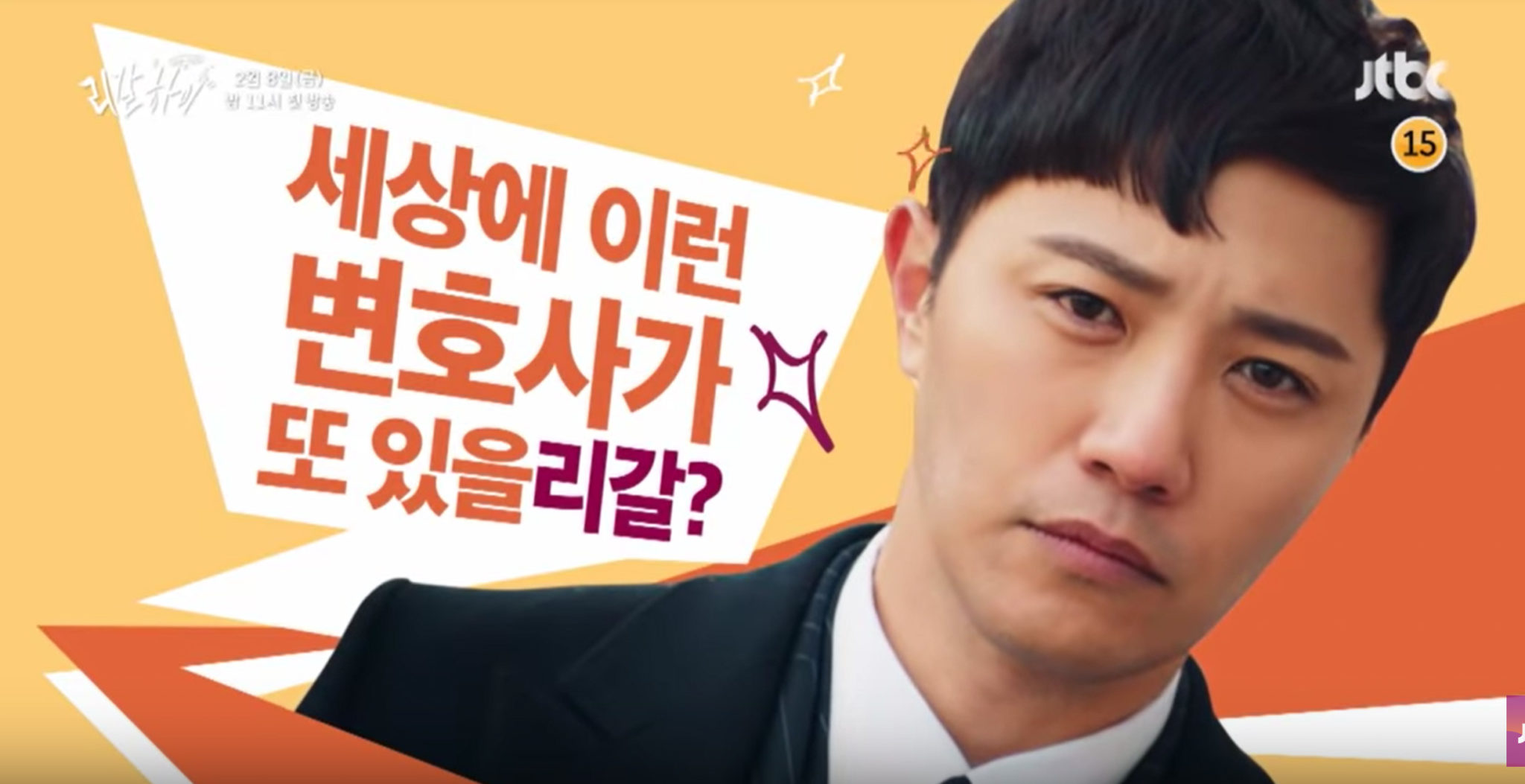 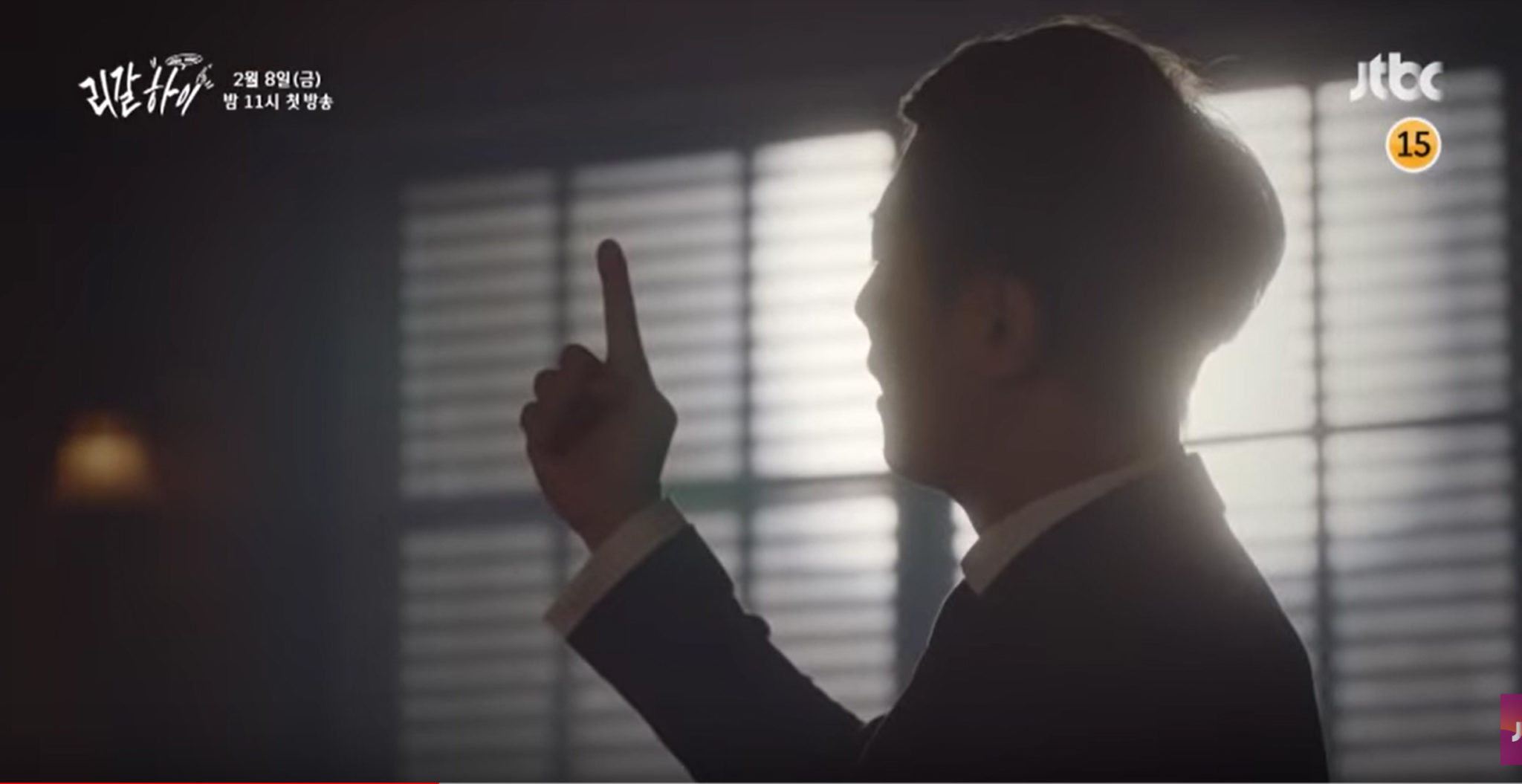 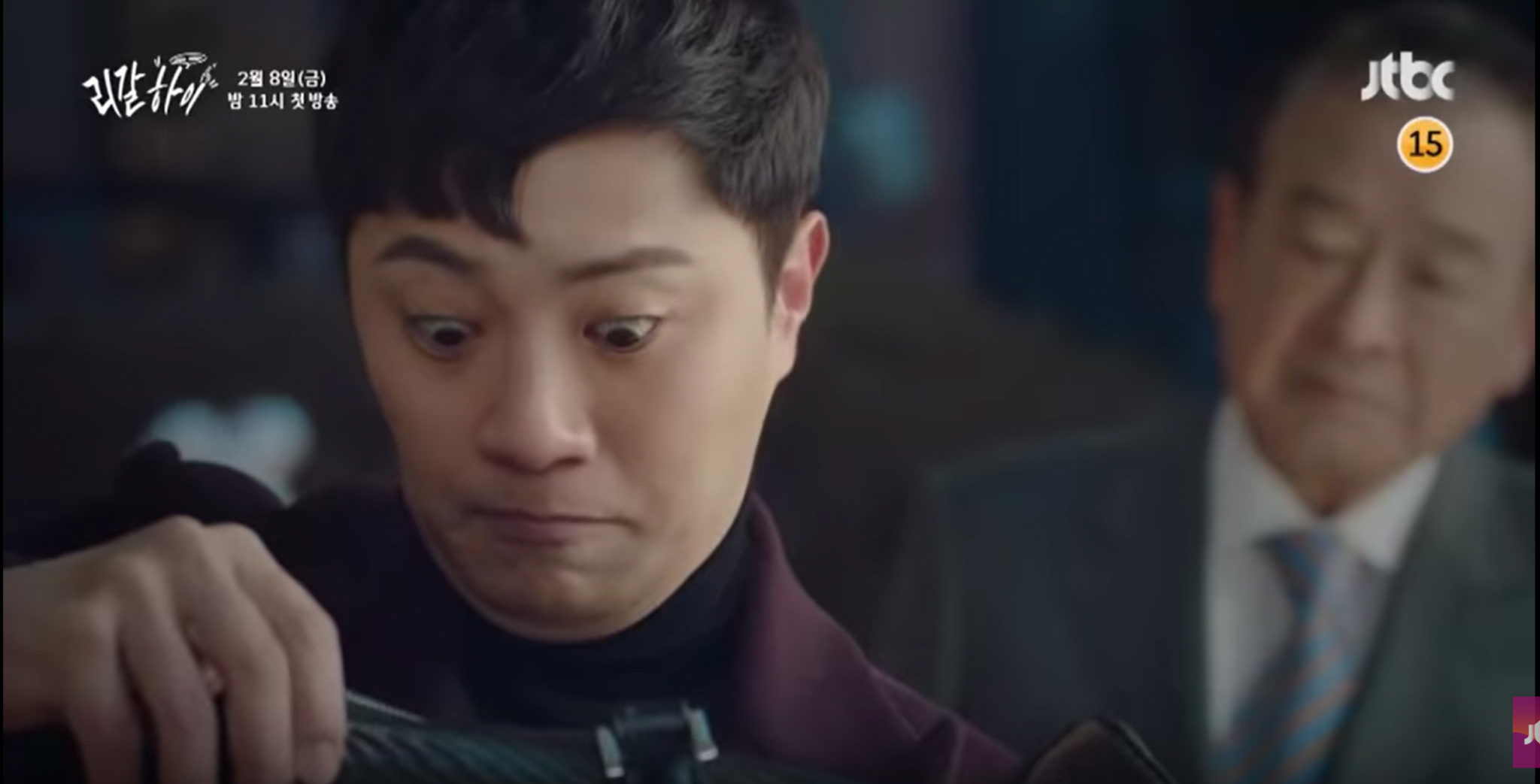 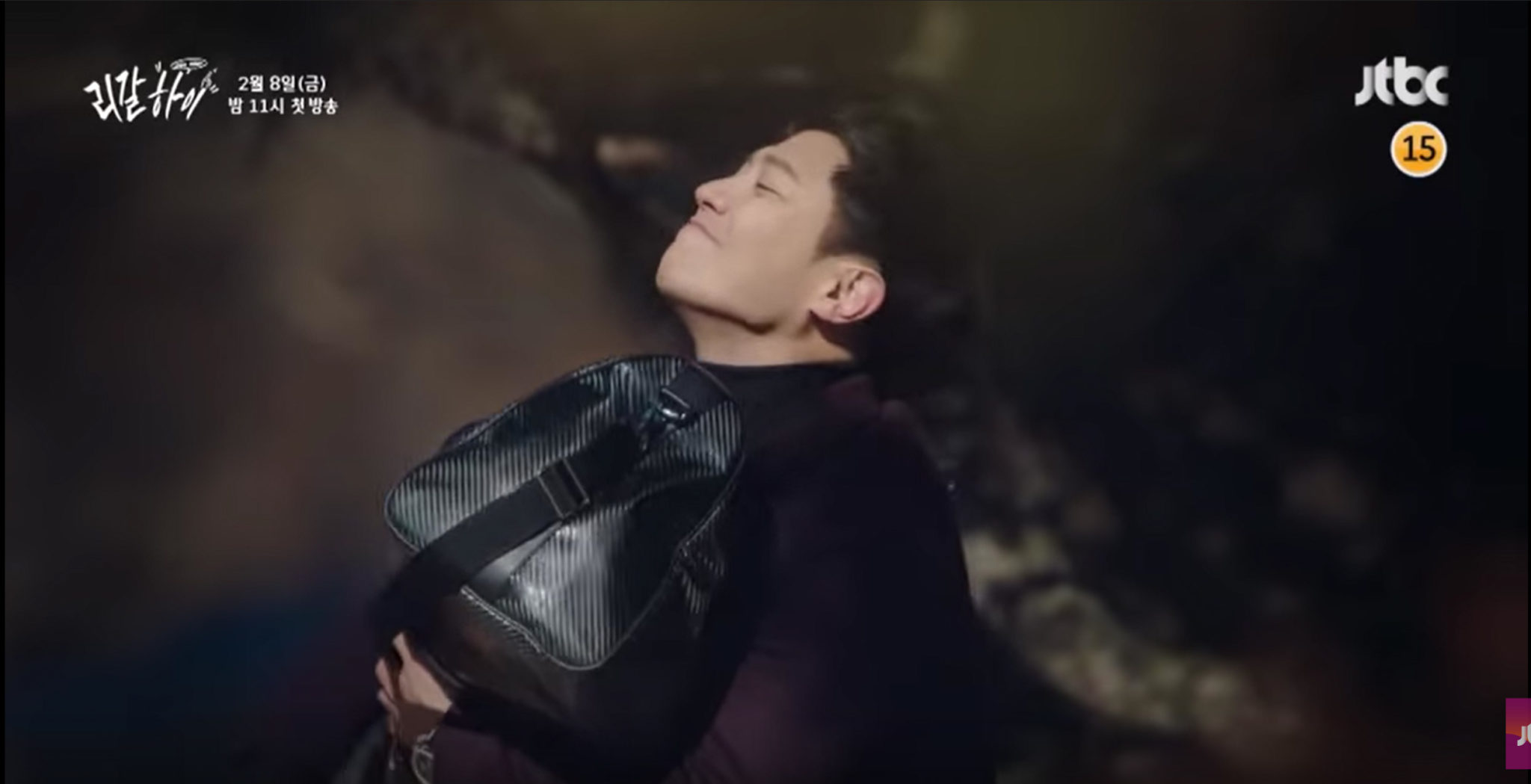 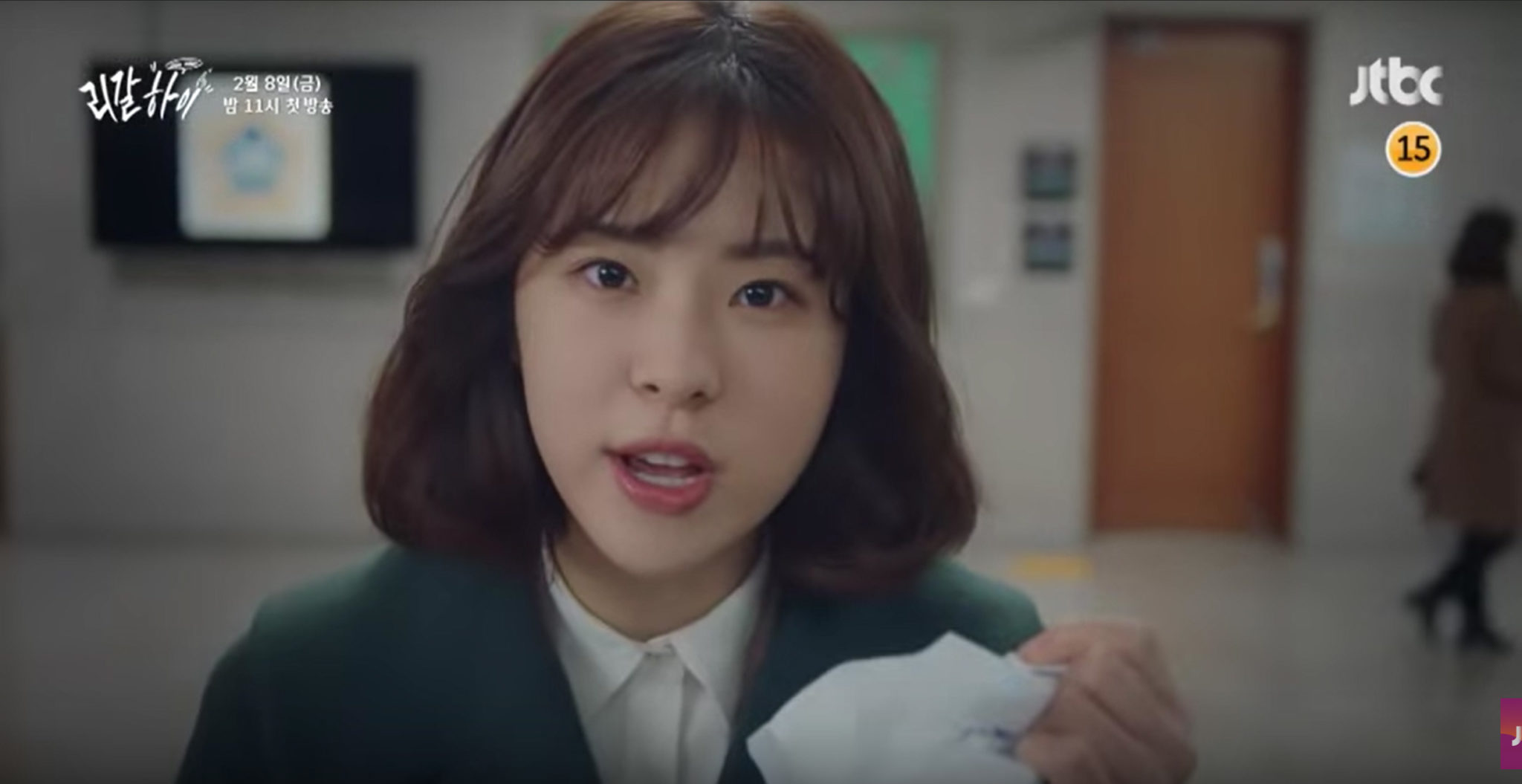 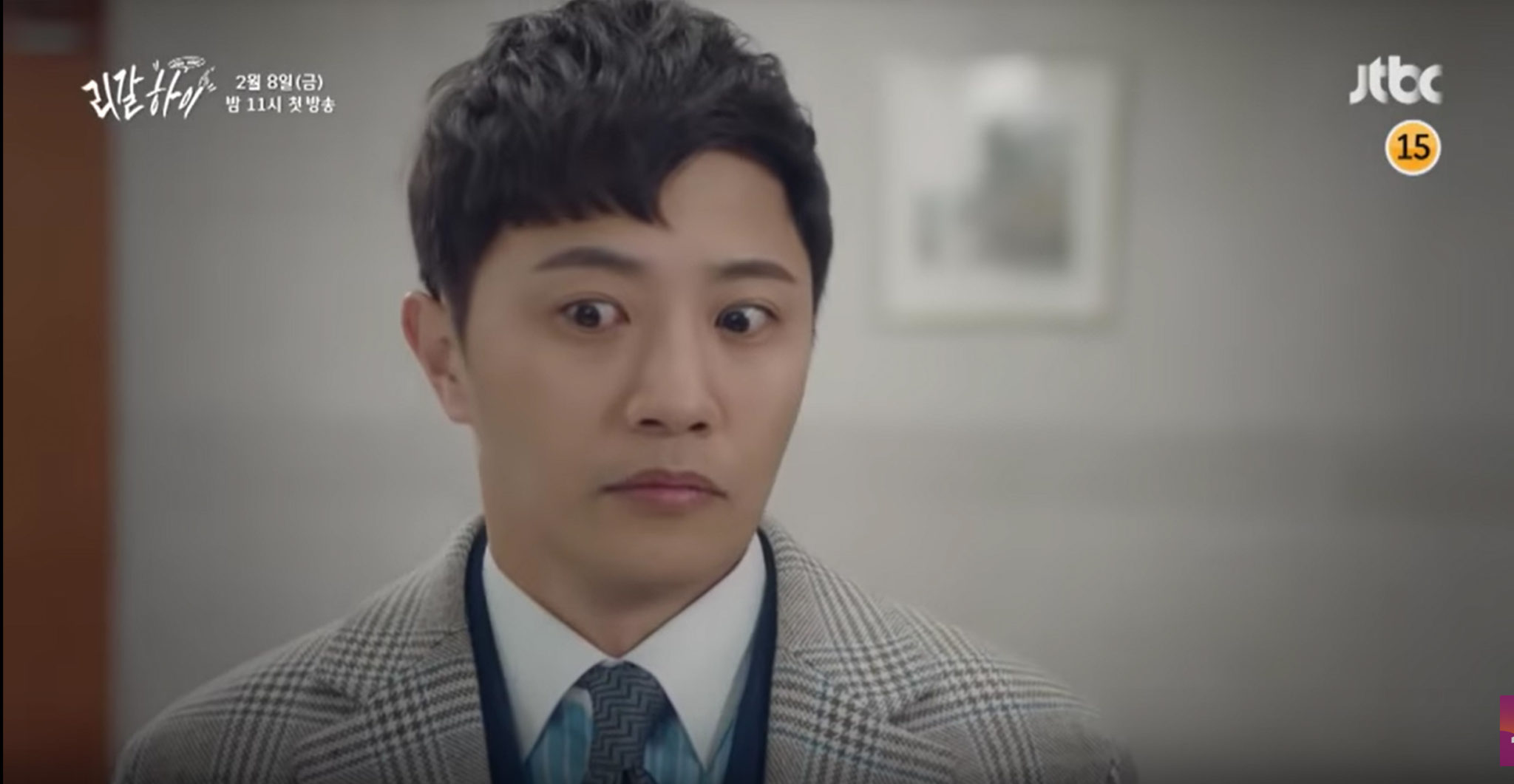 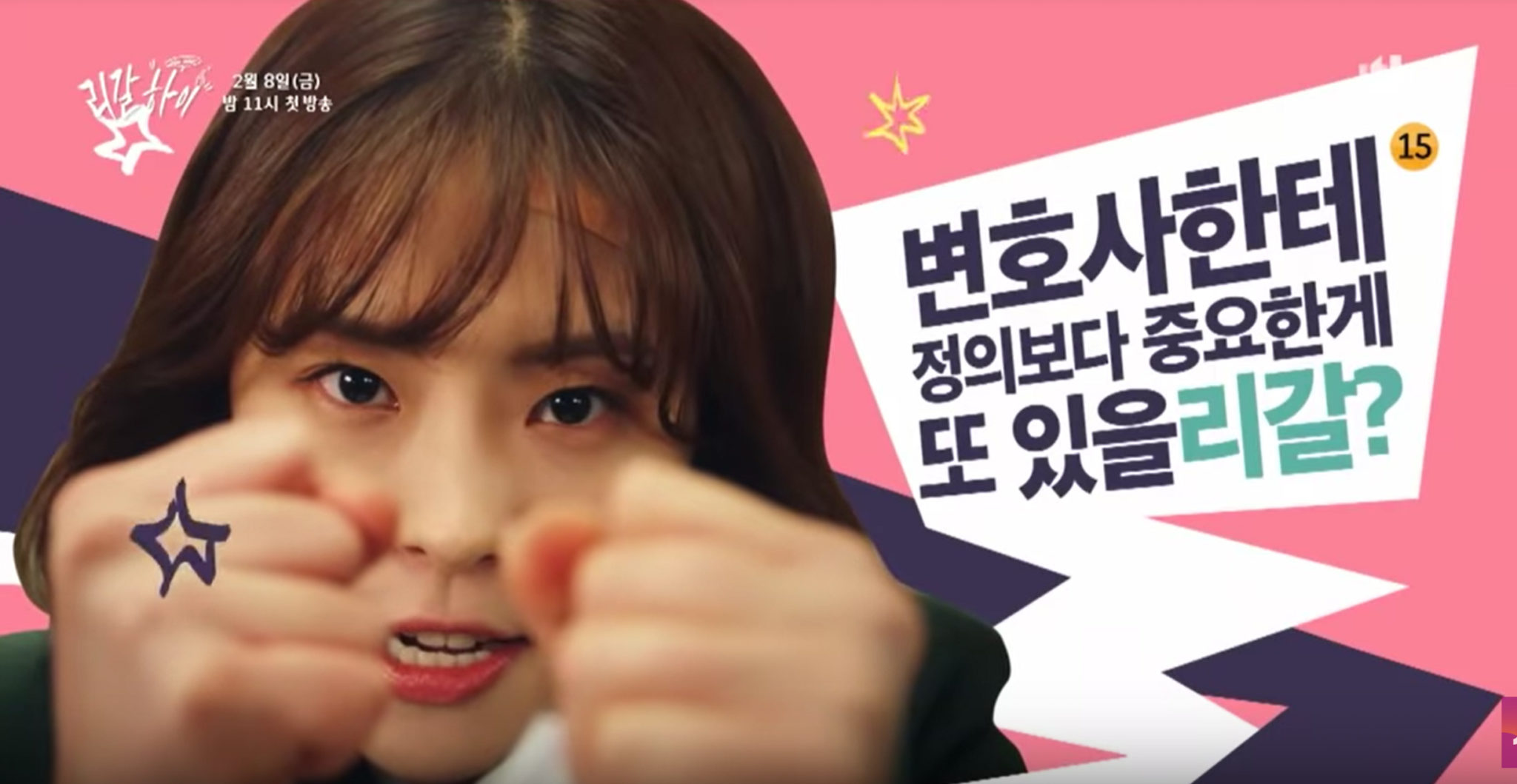 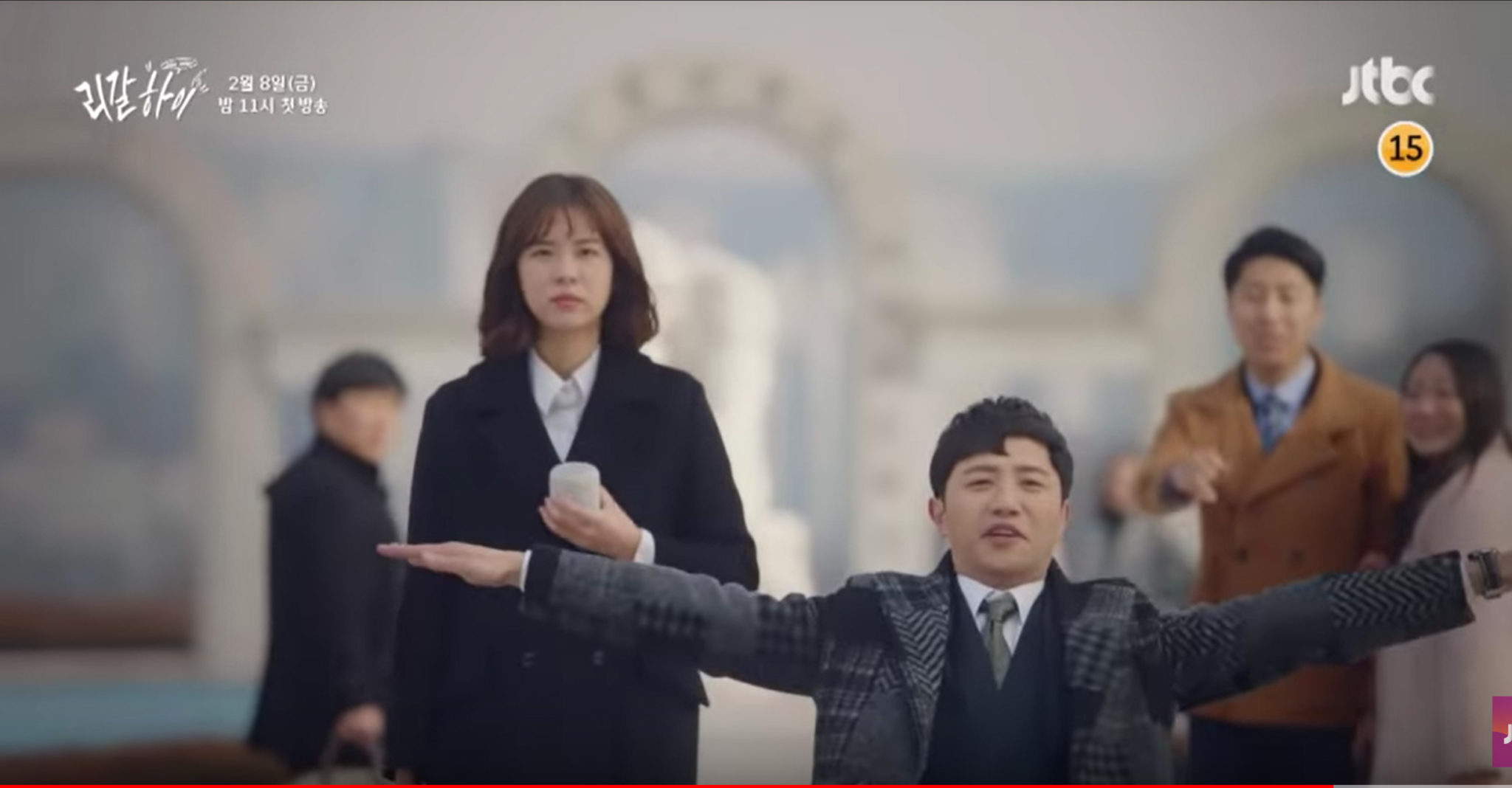 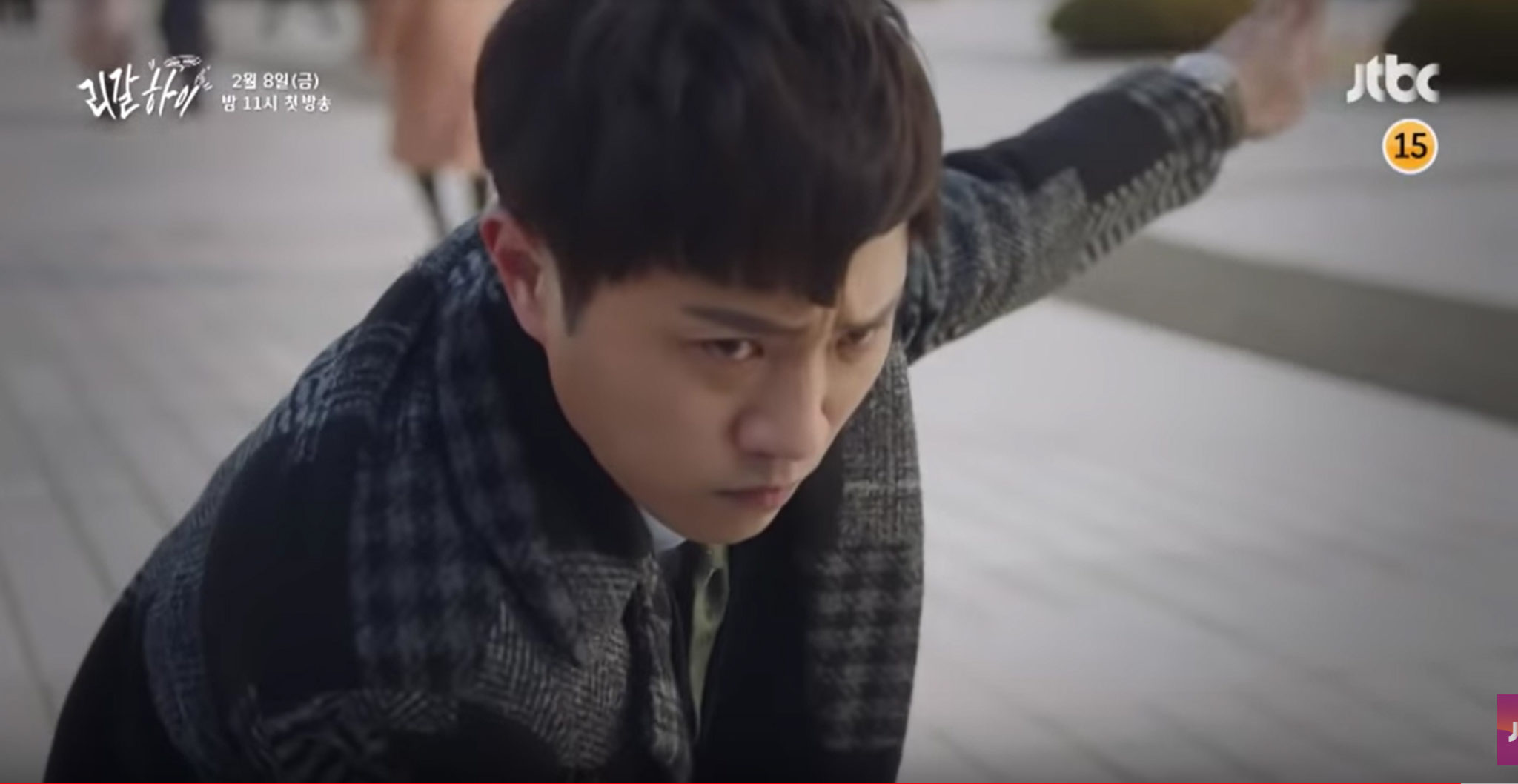 😂😂😂 I usually can’t stand legal dramas, but the teaser makes me want to give it a chance. If it’s more silly antics and less draggy power plays, I might just tune in for a watch.

I'll definitely check it out after this teaser!
I love JG, especially when he plays wacky characters. He does it so well.
When I first heard of the casting, I was hesitant because SES hasn't impressed me at all in any of the 2-3 projects I've seen her in.
My hope is that the tone of this show would remain consistent, and stay light and funny.

Glad to see our fave grandpa Lee Soon-jae. He is 84 and still going strong <3.

I looove the original so I'll give this one a chance.
From what I've seen so far, I'm satisfied!

Hmm.. not in the mood for legal drama,,but Jin Gu and Lee Soon Jae got me..

LOL at the landscaping duty!

looks really cute to me and i need fun to watch drama amidst all the serious stuff out there. plau Jin Gu is a definite plus!

Missing the cowlick from the original, but it looks like it's going to be equally as insane. Awesome!

I was going to skip this but. LEE SOON JAE! I'm watching =)

I loved Legal High very much, it was so quirky and fun. Its charm was 100% resting on the great performances from Sakai Masato and Aragaki Yui, so I wonder if the Korean version can reproduce the magic.