Reach of Sincerity to pull off last-minute casting switcheroo 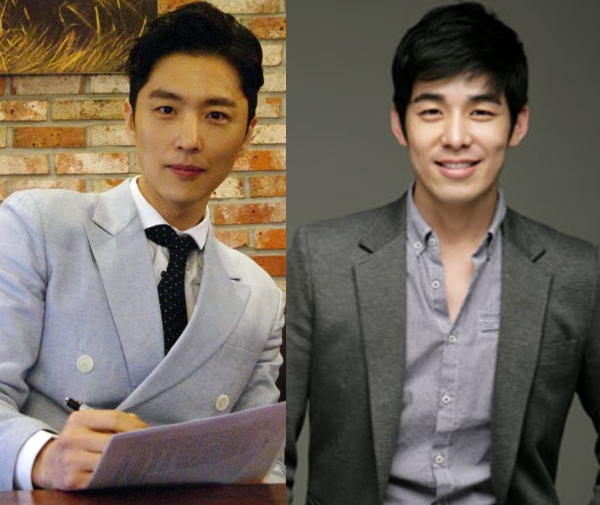 The set of Reach of Sincerity was recently rocked with scandal, but has emerged relatively unscathed. Actor Shin Dong-wook (Live), who was supposed to play Lee Dong-wook’s (Life) bestie in the rom-com, has been accused of a filial impiety scandal.

His grandfather claimed that Shin Dong-wook, his father, and his uncle all conspired together to cheat him. The grandfather says he gave them their inheritances early on the promise that they would take care of him in his old age, but Shin Dong-wook reneged on that promise and kicked him out of the house. In light of this new controversy, after discussion with the Reach of Sincerity team, Shin Dong-wook has decided he would back out of the drama. However, he will still continue to film the currently-airing Dae Jang-geum is Watching until its completion.

Because Shin Dong-wook hadn’t filmed many scenes yet for Reach of Sincerity, the production team reassured us that its planned broadcast schedule had not changed. Currently, it looks like they are in negotiations with Kim Sa-kwon (Greasy Melo) to replace Shin Dong-wook in the role of “perfect” prosecutor and Lee Dong-wook bestie.

In happier news, the first stills of Lee Dong-wook and Yoo Inna have been released, and they look more gorgeous than ever as a successful lawyer who has earned a reputation for trustworthiness and a glamorous celebrity. He’ll be the perfectionist boss of Yoo Inna (The Lonely Shining Goblin), who plays a Hallyu top star that goes undercover to work at his law firm. 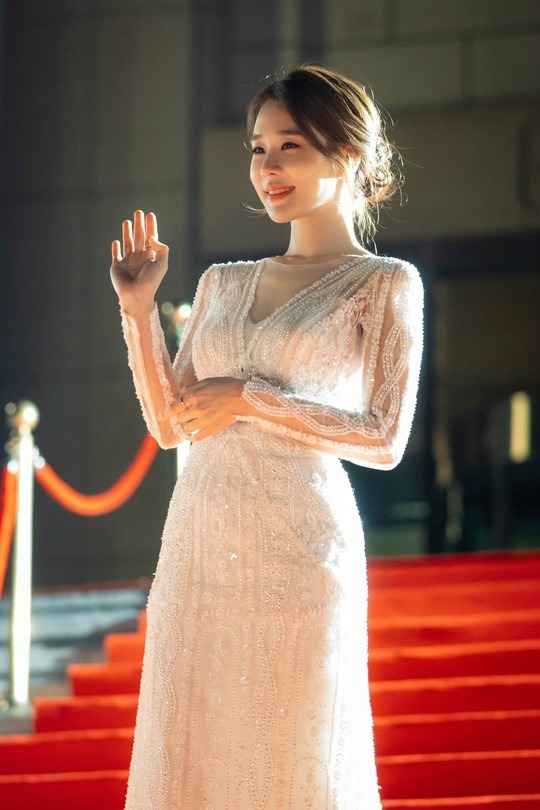 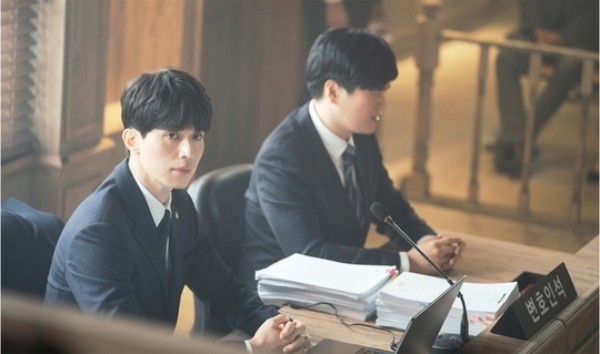 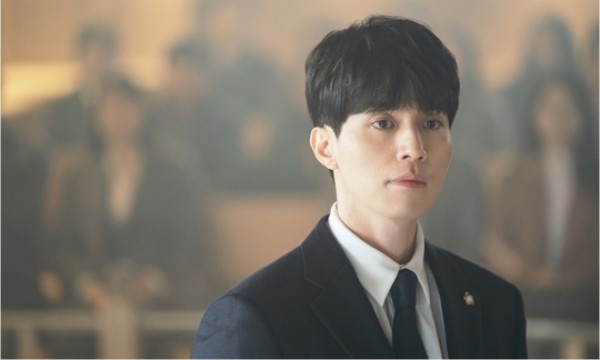 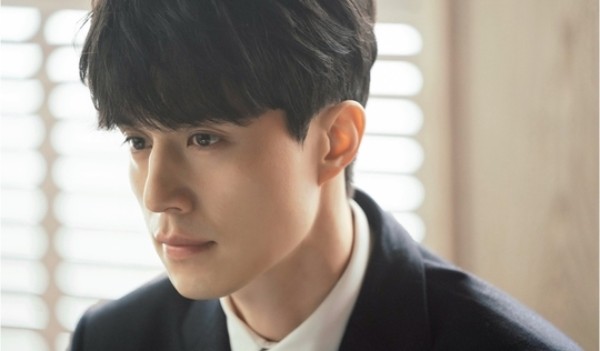 Oh, so this is the scandal I've been hearing about him. :(

so torn - sad to lose Shin Dong Wook, especially when this scandal is really not his fault, but happy to Kim Sa Kwon in another role so soon after Melo

I had to look up Kim Sa-kwon because I didn't recognize him in the photo. Ah, the evil hotel chaebol in WOK OF LOVE. Gotcha.

Oh this is too bad. I do wish some of Shin Dong Wook's statement had been reported here, as this situation seems an ongoing and complicated with SDW caught in a family quagmire.

Hi @egads. One of my rules of life is: There is more to the story. There always is. The above article is a good example. This seems to be a personal, family issue.
My only exposure to Shin Dong-wook is his fine performance in LIVE. It is unfortunate that he is no longer part of the cast of REACH OF SINCERITY.

He did a very memorable return to dramas as a priest in Lookout, after a long illness, and seems to be having lots of fun in the current Dang Jang Geum is Watching.

I hope he wasn't pressured to bow out, but rather did it for his own reasons, and to not compound the stress in his life and risk his health again.

Maybe this space in his schedule will mean he can take an even better project, but I'm disappointed that these two Dong-wooks won't be working together. I like them both, and this whole situation is just a shame.

I'm with you guys. There's always at least two sides to a story. This seems to be a particularly unfortunate private matter that has intentionally been turned into a media circus.

I'm glad that SDW is continuing with DAE JANG-GEUM IS WATCHING. It's in the homestretch now, and there's no way his character could be dropped without wrecking the show.

SOULMATE (2006) was my introduction to SDW. It's not your usual garden-variety romance, and the music is simply terrific. Ryohei Otani's wardrobe is practically a character in itself.
http://www.dramabeans.com/2007/03/mbc-comedy-drama-soulmate/

I thoroughly enjoyed CLOUD STAIRCASE (2006) and STARS FALLING FROM THE SKY / PICK UP THE STARS (2010) with SDW as second lead and a plucky young heroine and her flock of adopted siblings (whose names are the colors of the rainbow).

Sending good energy to my soulmate.

This is sad, I hope that was really his decision and he wasn't pressure by producers. And his team sure need a lot media training, their first statement was so so bad.
And his father and uncle weren't accused, they step in later and provided some explanation on grandfather character.

Sighs. I was really looking forward to see him in this new drama & this has to happen. 😔

Shin Dongwook as a prosecutor & the bromance of the double Dongwooks... It's all futile now. 😢😪

Same! I really don’t understand why this issue is regarded as a ‘scandal’- this is his own private family business. And why does he have to apologise? ( I read the news article at the link?) this issue has no bearing on his work as an actor so why should it be affected?

I have been watching k dramas for three years now so I don’t fully understand or grasp the cultural/celebrity mechanics of the South Korean public. However this whole thing just seems very unfair to me.

Yes, yes, yes. It is literally no one but the family's business, how sad he is losing a role over this.

Well it seems like it was his grandfather's intent to stir up bad publicity and make him seem like a wrong doer. From the actor's description of what happened it sounds like his grandfather has some weird mental issues.

This issue is very common in the entertainment (and advertising) industry. An entertainment contract usually contains a “morals clause” that allows a production to legally fire an actor who is embroiled in a scandal (e.g., accused/indicted/pled or found guilty of a crime or moral turpitude--depending on how the contract is written). The morals clause protects the production (project/cast/crew/investors/broadcaster) from being negatively impacted by the negative publicity generated by the actor (e.g., lower ratings, audience boycotts, distractions, etc.). This may seem unfair to an actor who is innocent. However, the idea is that, as between the production and the actor, the production is “more” innocent because it is wholly uninvolved in the scandal, and shouldn’t suffer any negative impact from the negative publicly sounding the actor. The innocent actor can seek legal recourse by suing his accuser who made the false accusations that led to his termination.

Thanks for providing insight into the legal ramifications of scandals real and imagined in the entertainment and advertising industries. The sad thing is that, even if a countersuit clears the accused's name in a court of law, the damage has already been done. I'll be mad as hell if SDW has to move to a remote island a la TOP STAR YOO BAEK. Grrr.

I had to look up Kim Sa-kwon because I couldn't place him. It's because the picture you're using is him looking pretty normal and 99% of the time I've seen him he has a chaebol up-do and a sneer on his face. (He played the hotel owner on Wok of Love.)

LOL. Thanks. I couldn't place KSK either. I was thinking, "this guy was in WOL"? Finally it hit me, he was the bad guy!

Maybe it's a good thing because now I can avoid second lead syndrome. I loved him as the hot priest and hot cop in Lookout and Live respectively. Hope his issue gets resolved soon.

I feel bad for Shin Dong-wook. He's had a rough life. I hope this doesn't hurt his career.

Thanks for this update, @tineybeanie. I had been looking forward to Shin Dong-wook's next role as a "perfect" prosecutor, and am sorry to read of a makjang real-life family soap opera causing him to bow out of the production. This situation is so sad. As if dealing with Complex Regional Pain Syndrome weren't challenging enough while restarting his acting career, being publicly slandered by an elder who sounds as if he's got a particularly nasty case of Alzheimer's disease is the stuff of nightmares.

Here's hoping that SDW gets an even better acting opportunity. Hwaiting!

Thanks to @egads for the link to the article on Soompi, which sheds light on the litigation. It's interesting to note that grandfather has been estranged from the rest of the family for years. It sounds as if the entire family had been on the outs with grandpa in 2011 after he sued his brother. When I read the earlier statement by SDW's lawyer, I got a strange feeling of déjà vu. Danged if it doesn't remind me of police officer Oh Yang-chon's family history in LIVE:

In the past, Shin Dong Wook’s grandfather had constantly physically abused, verbally abused, and threatened to kill his wife, son, and grandson. He had also continuously filed lawsuits against his family members and caused them a great amount of pain.

Until I read the above, I suspected that grandpa might be in the throes of Alzheimer's disease or another dementia. (My mother had Alzheimer's, but luckily did not fall victim to personality changes such as aggression and mean-spiritedness.) Instead, it seems that he has been at odds with the rest of the family for a long time. SDW is the latest, most-visible target of a ploy to manipulate his father. Malice aforethought comes to mind. I can only feel sympathy for someone embroiled in this kind of family mischigas. If ever there were a case of “No good deed goes unpunished,” this is it.

*Sad face* for all involved.