Stills and casting additions for tvN’s That Psychometric Guy 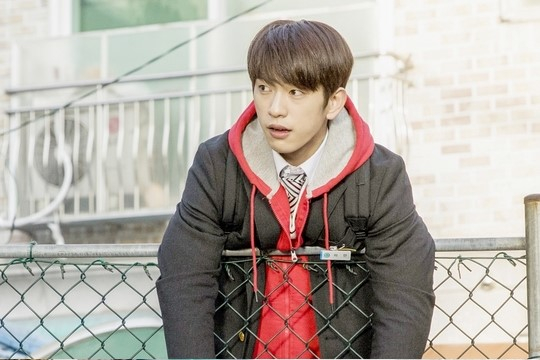 That title doesn’t quite roll off your tongue, does it? There’s a new drama in the works over at tvN called That Psychometric Guy, and we’ve gotten our first stills of the titular character, played by GOT7’s Jinyoung (Legend of the Blue Sea). He’ll be joined by fellow labelmate Shin Ye-eun (A-Teen) who will be more familiar to those of you who check out web dramas.

The plot sounds like a mish-mash of coming-of-age, teenage romance with a bit of fantasy woven in. Which sounds like a fun ride, if pulled off correctly. Jinyoung will star as a high school student with the gift of ‘psychometry,’ which initially confused the heck outta me, ‘cause psychometrics is defined as the science of measuring mental capacities and processes (thanks, Google). The way the word is used in this drama is a tad different, with Jinyoung’s character having the ability to read people’s memories through touch. He’ll encounter Shin Ye-eun’s character, who keeps a big secret to herself. Ah, the old lock-and-key, opposites-attract trope.

Though I’m tentatively looking forward to our two leads fall in love at school, I’m much more excited to announce the casting of rapidly rising star of a rookie, Jo Byung-kyu. SKY Castle, which he’s currently starring in, has been absolutely killing it lately, breaking records left and right, and officially dethroning tvN’s Reply 1988 and The Lonely Shining Goblin as the highest rated cable drama ever. And I’m so pleased to see that the praise and ratings are translating into opportunities for its stars already, though I wish this casting happened under better circumstances: Jo Byung-kyu will be replacing Jung Yoo-an (Come Here and Hug Me), who dropped out of production due to sexual harassment allegations.

That Psychometric Guy will be directed by PD Kim Byung-soo, whose credits elicit a sort of mixed reaction, which includes Bride of the Water God and Bubblegum. In charge of the script is writer Yang Jin-ah, who likewise makes me slightly apprehensive given her range of credits, from the unfortunate Moorim School to the vastly better Vampire Prosecutor. We’ll just have to wait and see whether this duo are in their best form for this drama.

That Psychometric Guy will premiere on March 4 and will take over tvN’s Monday-Tuesday slot following The Crowned Clown. 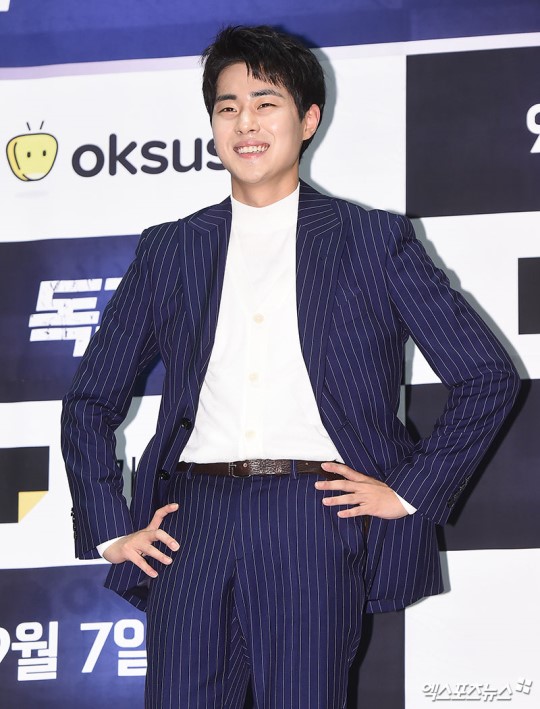 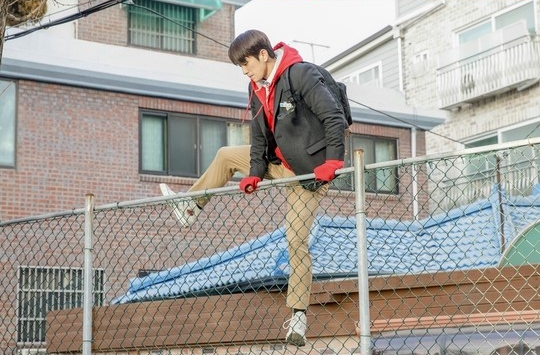 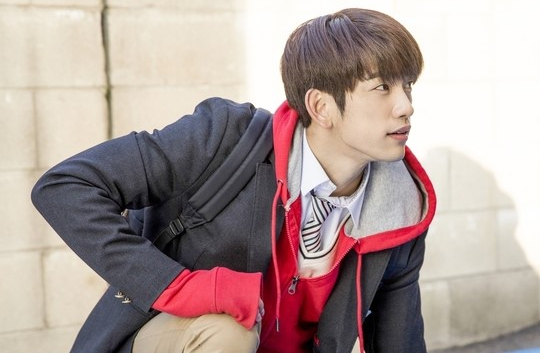 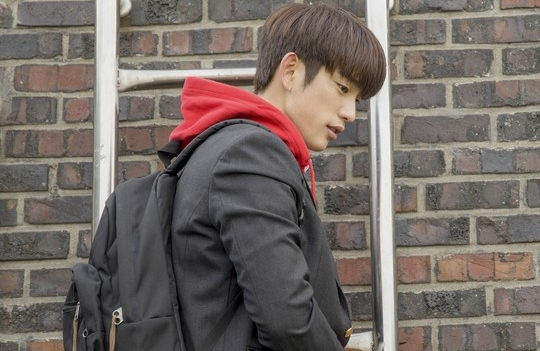 Tags: Got7 Jinyoung, That Psychometric Guy

Coming of age stories is a trope I will NEVER get enough of. It's my kryptonite! Im excited to see the new cast do well! I love his character in SKY Castle.

See, I cannot stand him or his brother on SKY Castle. There is just something so, so.....SO about them.

The twins are my favorite characters, but someone once said, "Ki Joon is an ass, and Seo Joon has no backbone," which is true.

Darn it. Cannot be unseen.

Let us know why not!

+++
Going back to the main topic - the director and writer are 🤨🤨 for me. Those are dramas I dropped. I`ll check out one or two episodes to see if it's worth watching, but yaaay Do Ha Na girl starring in the drama! Loved her in A-Teen.

I like them but it's clear that their acting is not nuanced nor in the league of the adults in the series.

LOL. We need his twin to star in this drama too! I was at first bummed that A-Teen teaser from web drama Seventeen did not translate well into the end game of A-Teen. But then I got over it, so meh.

rise Jo Byung-kyu! I really liked him in Money Flower, Girls Generation 1979, & Time even before his breakout in Sky Castle. He’s really versatile.

I liked him in Riders: Catch tomorrow. But I'm probably the only person who watched that drama. He was super-sweet in it.

he also played in dokgo: rewind alongside sehun,,, super badass using empty pens to fight a mass by himself

Peaches is such a cutie! 😜😘

Jinyoung in streetwear schoolboy outfits reminds me of the glory early days of Got7.

Those were my favorite times...

@hades !!!!! Is it just me, or does Jinyoung look less glowy than usual? It's like they tried to make him look normal instead of ridiculously handsome 😄

He looks so different I don't think I would recognize him!

Yup, that he did. And yes, me refusing to look at the stills didn't last long at all. It's crazy how a difference in hair colour can make someone look very different. Pic #5 looks most recognizably him I would say.

Yay! You caved and looked at the pics 🎉🎉🎉 I agree. He looks the most recognizable in #5. His expression in the first one is really unusual so that makes him look even more different.

I mean, compared to this, he doesn't look so handsome
http://kpoplove.koreadaily.com/wp-content/uploads/2018/01/DP-aLQQWAAEkc0y.jpg

I clicked on the notification. I read the comments. I refuse to look at the stills. I would say this though. G, I didn't think it was possible to like you more than I already do. 💚

Why do you always avoid teasers????

[1] Keeps expectations low in case of disaster.
[2] Teasers can be very misleading.
[3] It's more enjoyable for me that way.
[4] It is possible that I'm in the 15% of beanies who are just weird that way--if the beanie wall is any indication.

😄 to each his own.
Are you in a different time zone than usual? You usually respond about 4-5 hours earlier than now.

I mean, I see what you mean but that's a suit! Not a school uniform. By virtue of its existence, it's hotter.

@greenfields yeah, suit + hair up does give that other look a definite advantage 😍

You can say that. I'm sick, so my sleep schedule is kinda messed up at the moment. I also took a few days off and ended up binge watching NCIS. That show's first season is a time capsule that depicts how far we've come in terms of TV shows. I really don't know why I'm still watching. Maybe it's because I miss the action procedural genre.

Because look at these. I can't decide which Jinyoung is more handsome. >_<

And the conversation moved on while i hunted down pics. Hahaha - get well soon hades!

@hades oh. I see. I was wondering where you'd been the last few days. I hope you feel better soon!
@greenie I love the first look the best although it's seriously bothering me that his bow tie is so crooked! I'm sure the Jinyoung pics will help hades feel better 😄

I'll go with No. 1 myself. Thx G. Medication does wonders. Makes you feel like you're barely sick at all. I don't think that's a good thing though.

@raonah you have good taste! lol.

We really do differ in tastes. I would go with the second pic as the best, though #1 is a close second.

Omigosh! I didn't realize there was another beanie who was named greenie 😄 I was just trying to use your nickname! I'll have to be careful in the future!

Yay to Jo Byeong Kyu. i've been keeping an eye on him from his last projects which i really liked. The irony that he's replacing Jung Yoo An when they were both in 7 day queen together.

i cant believe jinyoung dyed his hair other than black!!

Lookin' good, Jinyoung-nim. His acting was not bad at all in My Love, Eun-dong. Here's hoping that the story will be more like Vampire Prosecutor.

Did they get the title wrong? I think It should be titled 'That Psychometry Guy'. Psychometry is the ability to read things through touch.

It sounds like a fun premise (I love paranormal things) but the cast and crew makes me very wary. You have 2 brand new actors in the lead roles. The PD made the awful Bride of the Water God and the writer has some unfortunate credits to her name. Guess we'll have to wait and see!

So excited for Jin Young!
Gonna watch it all regardless of anything else
As it is replacing The crowned clown (which is so Good), it has some huge shoes to fill!
Fingers crossed that it will be good
May Actor Park rise in 2019💚💚

Ah yes, I'm looking forward to Jinyoung's lead role in this. He is just on the verge of not beeing able to pass as a high school student (hopefully in his last year because anything else would really take it too far).

I haven't really been able to watch any kdramas as of late... And I'm not ashamed to admit that I'll give this one a chance for Jinyoung (this one and Romance Is a Bonus Book because I need my yearly dose of noona romances).

in it for jinyoung

GOT7's Jinyoung, eh? I wonder how loud my lil sister would scream if I tell her that.
Also, as much as I love a little fantasy, I'm skeptical. I heard About Time was awful and The Girl Who Sees Scents wasn't all that great for me, either. This one still sounds cool, tho. I hope they can pull it off well.

He also directed Hwayugi, if I am not wrong. And that is like a huge upgrade for me. Definitely gonna watch this.

Jinyoung is going to Slay me