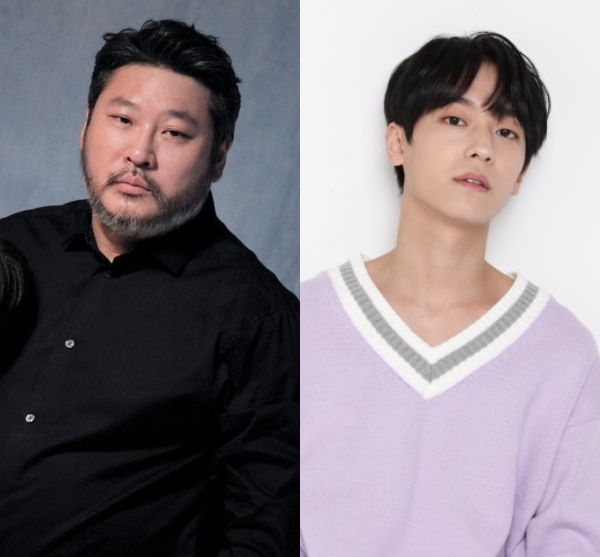 I feel like 2019 is going to be the year of the well-made sageuks, if all goes well. One of the most promising additions to the historical genre is SBS’s upcoming Mung Bean Flower, which has had a bit of an unfortunate name change from its previous title Ugeumchi. I’ve been keeping an eye out for this drama given the talent on and off screen, and there are two new additions to the cast that I’m tentatively excited about.

Joining Jo Jung-seok (Two Cops) and Yoon Shi-yoon (Your Honor) as half-brothers separated by a rebellion that pitted the landed elite against the poor peasants, are Choi Moo-sung (Mr. Sunshine) and Teen Top’s Byung-heon (A Pledge to God). Both actors will play characters on the peasant side of the Donghak Rebellion, which rocked the peninsula near the end of the 19th century.

Choi Moo-sung’s character is Jeon Bong-joon, one of the real-life leaders of the rebellion, who is considered something of a folk hero in Korea. The descendant of an aristocratic family which has long fallen from grace, at the beginning of Mung Bean Flower, Bong-joon is the owner of the local apothecary. He will transform into a revolutionary leader, especially after his fateful meeting with Jo Jung-seok’s half-slave, half-yangban character. Choi Moo-sung’s stint in Mr. Sunshine left me seriously wanting regarding his character’s dramatic potential as a freedom fighter, guerilla leader, so just imagining the actor take on a similar, and hopefully more meaty, role in this has me jumping up and down on my seat.

Byung-heon will be taking on a less historically significant role, as one of Jeon Bong-joon’s underlings, named Bungae, or literally ‘Lightning.’ Armed with nothing more than a slingshot on the battlefield, I hope he’s as quick as his name suggests, because I’m not betting on his odds in combat. While Bungae may have the face of a young child, he also harbors a deep-seated desire for revenge against Jo Jung-seok’s character, though we’re not told as to why.

I was already sold on this show before this additional casting news, though I’m significantly more excited for Choi Moo-sung than Byung-heon, especially with the credentials behind the creative team. Directing is PD Shin Kyung-soo of Tree With Deep Roots and Six Flying Dragons, while writer Jung Hyun-min, known for hit Jung Do-jeon, is penning the script. The rest of the cast, including Han Ye-ri (Switch) and Choi Won-young (SKY Castle), isn’t too shabby either.

Mung Bean Flower is slated to air on SBS’s Friday-Saturday slot in the first half of 2019.

I thought Choi Moo-Sung was cast in ASADAL?
No matter, I'm just going to revel in all these sageuk-related posts.
*grabs drums and clown mask to do a happy dance*

Six Flying Dragons PD on another sageuk about rebellion has me sold to the moon and back. Add Choi Moo-sung and Jo Jung-suk and I might as well be in another galaxy.

A sageuk with a solid leading lady in Han Ye-ri thanks to PD Shin. So tired of having to watch for the guys. Jung's sageuks hardly focus on romance so I hope Han Ye-ri's role is more to do with the rebellion than someone's love interest.

Han Ye-ri... isn’t too shabby either.

Good sageuk news keeps coming in.
Choi Moo-sung has an extensive film/drama portfolio. I first met CMS as Safari in HEARTLESS CITY and then as Kim Min-chul in PRISON PLAYBOOK.
This gives me a chance to share a favorite image (apologies for being o/t) of CMS with another favorite JKH. A HC reunion during PP:
https://www.instagram.com/p/Bcox8gglVhc/

Choi Moo-Sung, to me, is forever that doctor in "I Live in CCD" who works his butt off to support his family in the US while living alone in Seoul in a shared room. I shredded so many tears for him, sob sob, and his dancing sequence on the rooftop is unforgettable. What a great drama!!

How can you go from Tree With Deep Roots to Six Flying Dragons to Mung Bean Flower? >___< This is one of those shows where I'm hoping for more title switches down the line.

@mary, I've been wondering about the title myself. Alas, I haven't been able to locate info on the meaning of mung bean in the language of flowers. ;-)

MUNG BEAN FLOWER sounds like a heartwarming family drama that takes place in the boondocks.

The title is not really about flowers, it's about Jeon Bong Jun's nickname general "Mung Bean" (Nokdu Janggun" (녹두장군) named like that because his small body size.
MBF also refers to the lyrics of Korean folk song "Bird, Bird, Blue Bird" that talk about him and the revolution.

It might sound like a weird title for us, non Korean viewers, but it has a historical background and meaning, not cheesy as it sounds in English.

Oooh thanks! ♥ ♥ ♥ I hope they find a way to translate that meaning into the English title.

oh thank you for that info! it is very interesting!

Thank you for that wonderful pointer to the Encyclopedia of Korean Folk Culture! What a dandy resource for English speakers. I started exploring it, and it is fascinating.

Many thanks for explaining the significance of mung bean flowers in the title. Ever since Kim Shin presented Eun-tak with a bouquet of buckwheat blossoms signifying "lover" in GOBLIN, I've looked into the language of flowers in case it has a bearing on the story. That was the first time I can ever recall encountering a grain crop in a bouquet, aside from stalks of wheat in Thanksgiving floral arrangements.

The dual reference to the petite leader of the Donghak Rebellion as well as the folk song is really clever. Lo and behold, your second link is one that I've visited before. IIRC, a reference to the song "Bird, Bird, Blue Bird" cropped up in the recap discussions of REBEL, methinks in reference to righteous armies.

thanks for using our recording to help explain!

Long live the spirit of the green bean general!

Excited, can't wait!!!
One of my favorite teddybear ahjussi.. 💞💞

wait, is there a new show i DON"T want to see? doesn't look that way. going into my cave til spring with lots of chocolate and tissues if needed! this one sounds great too---bring them on we are ready!