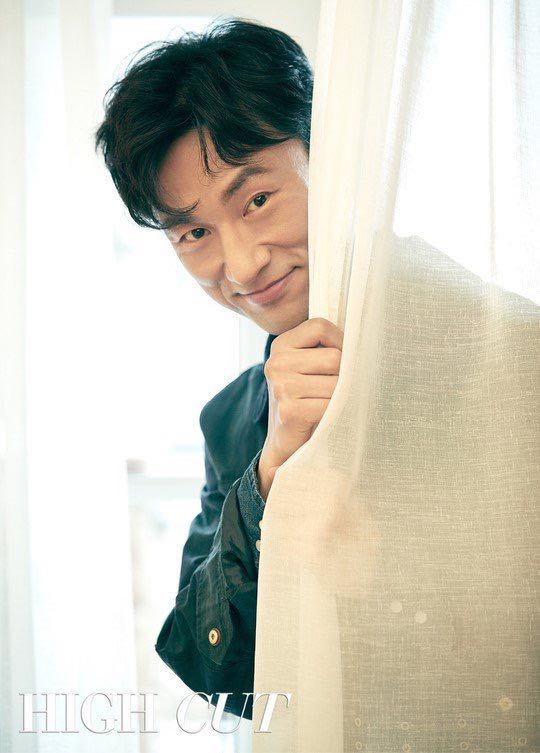 Actor Kim Byung-chul took time out of his busy schedule to sit down with Dramabeans for an exclusive interview after the hit series SKY Castle wrapped up. Kim Byung-chul has had a long career in the Korean entertainment industry and his face is probably familiar to most Beanies. In addition to his turn as the intense Professor Cha in SKY Castle, some of his recent roles include the sinister Eunuch Park in The Lonely Shining Goblin and Il-shik the pawnshop owner in Mr. Sunshine. He’ll also be joining Namgoong Min in the upcoming KBS drama, Doctor Prisoner. 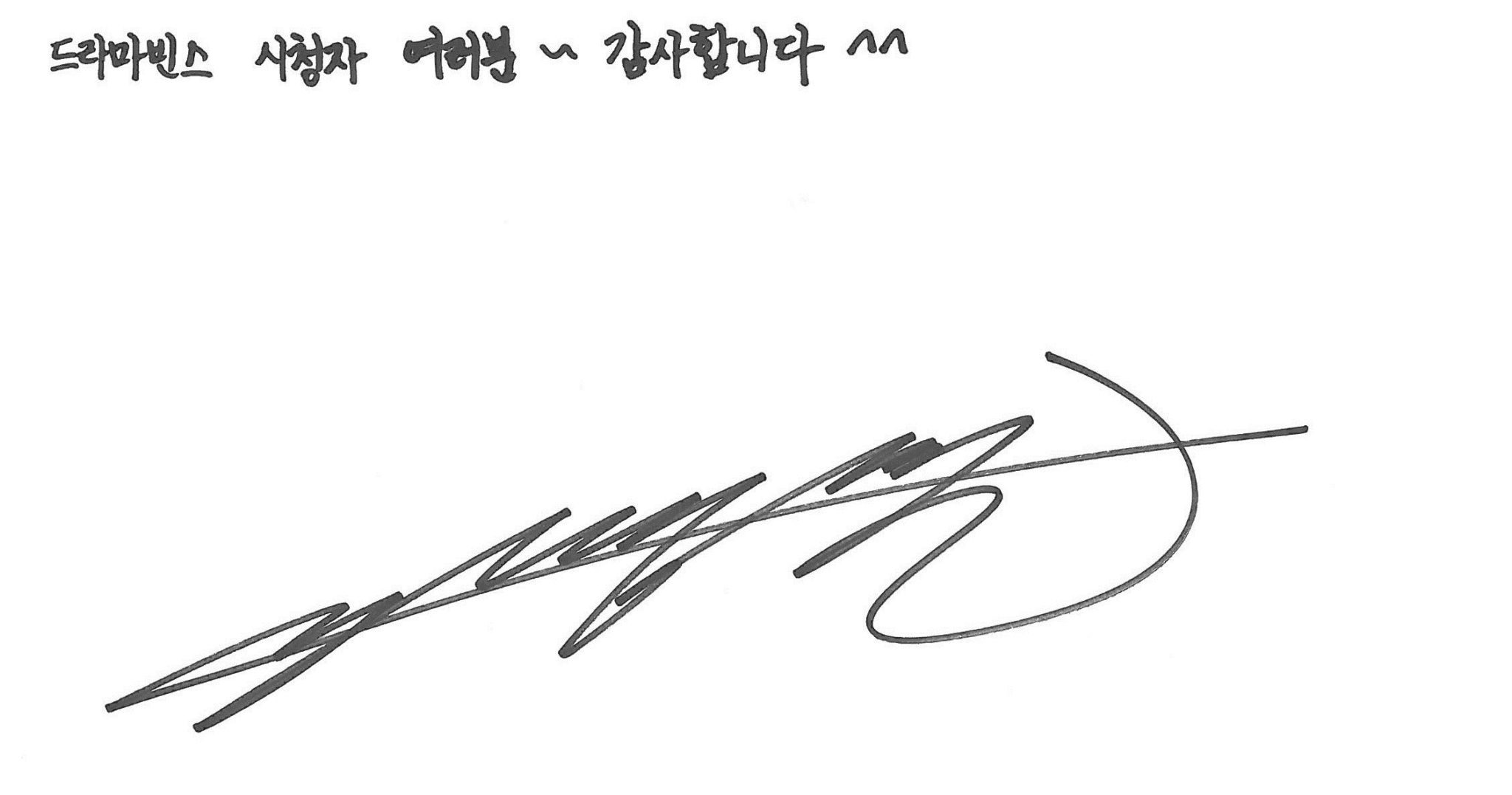 Dramabeans: Which scene from the filming of SKY Castle was most memorable for you?

Kim Byung-chul: There were a lot of memorable scenes, so many that it’s difficult to choose just one. There was my first appearance in the golf outfit. The time I kicked the cup ramyun my drama wife [Yoon Se-ah] gave me. Then there were the scenes with my drama daughter Se-ri [Park Yoo-na], like our airport reunion or when it was revealed that Se-ri had been faking her time as a Harvard student. Another scene that was memorable for me was when I realized my entire family had left home. 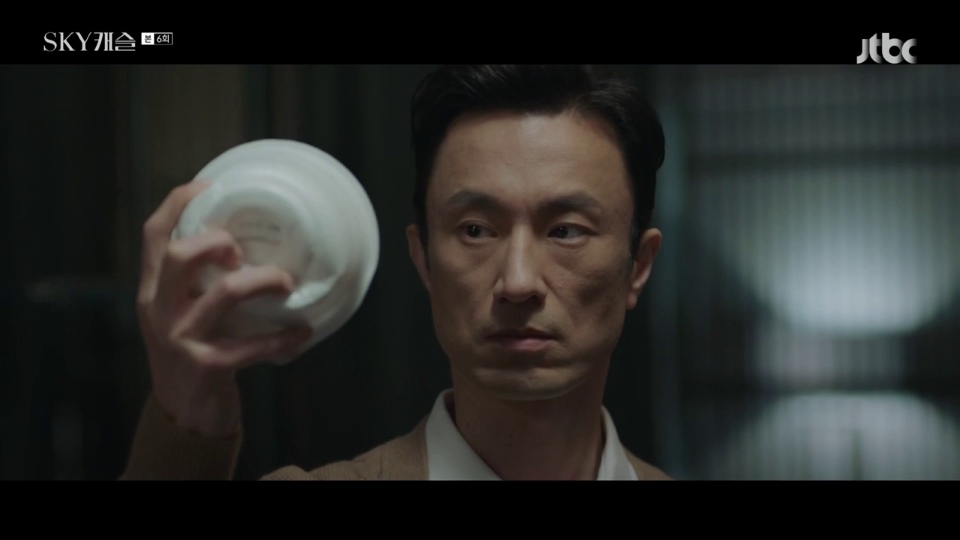 DB: Do you think Professor Cha is a good father?

KBC: Well, I think it’s good that he was interested and invested in his children’s lives. However, I don’t think it’s good that he tried to force his values onto them. As their father and as an adult, it’s easy to see that he experienced a lot in life and I understand that he would want to impart this knowledge onto his children. But I think it’s better to give children opportunities to experience and see life for themselves. They may come out with different opinions to his, but he should respect those differences. Of course, that’s easier said than done. A good father must first be a good person, and being a good person is not an easy task.

DB: Have you noticed a change in how people treat you lately since you acted as a prestigious professor in SKY Castle, compared to when you were the traitorous Eunuch Park in Goblin?

KBC: I haven’t noticed much of a change. Due to SKY Castle’s popularity, I think people are showing a little more interest in me than before. 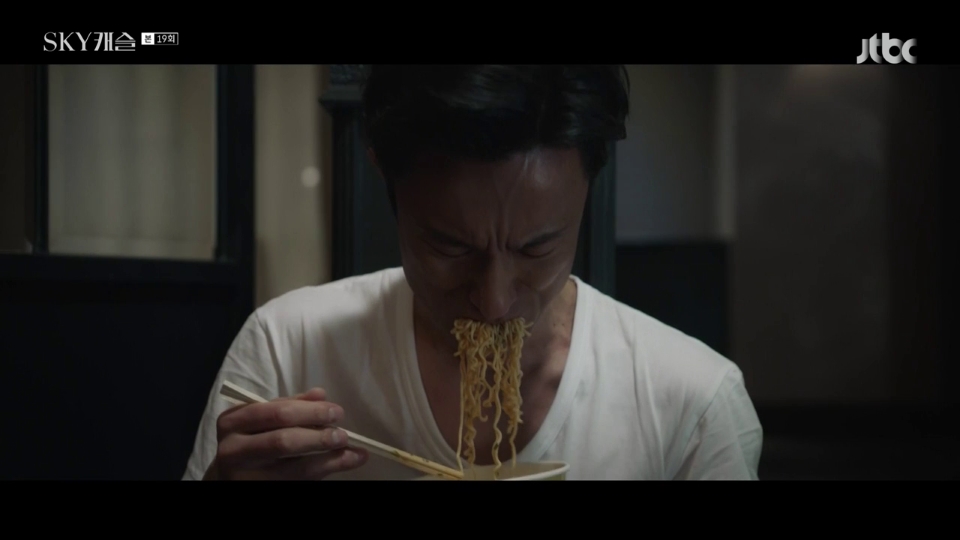 DB: What are your personal thoughts on the pyramid model that Professor Cha was so fervent about?

KBC: In the drama, the pyramid was the a symbolic way of interpreting the world [where only those at the top mattered]. While I think there’s some meaning in that interpretation, there are lots of different perspectives and ways of looking at the world. They all have meaning. I think it would be a positive thing if a diversity of opinions and perspectives on life could coexist together. 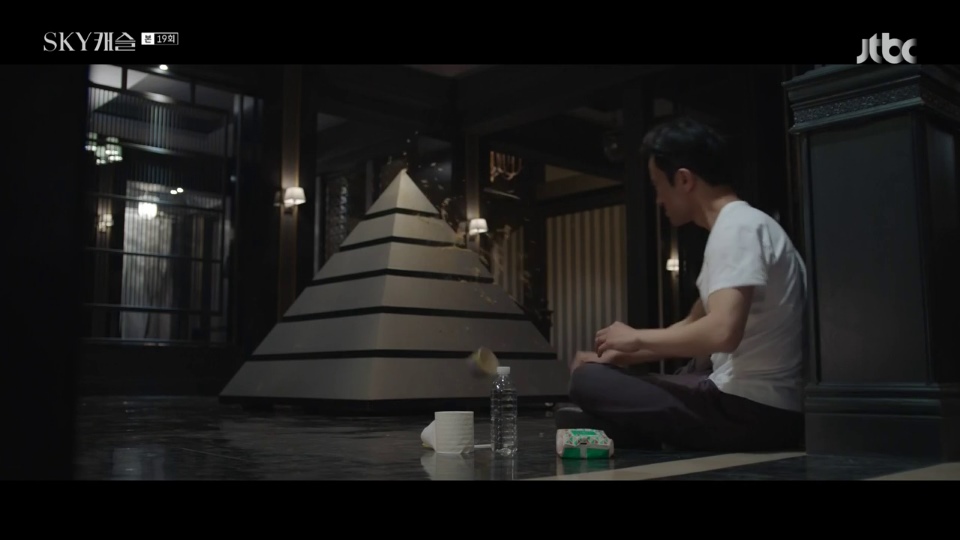 DB: Do you have any “must have” items that you carry around with you at all times? Not including your wallet or cell phone.

DB: Do you have any final remarks for your fans at Dramabeans?

KBC: Thank you for your support and I hope you continue to watch and enjoy my dramas. Let’s meet again in dramaland. Thank you. Dramabeans Fighting! 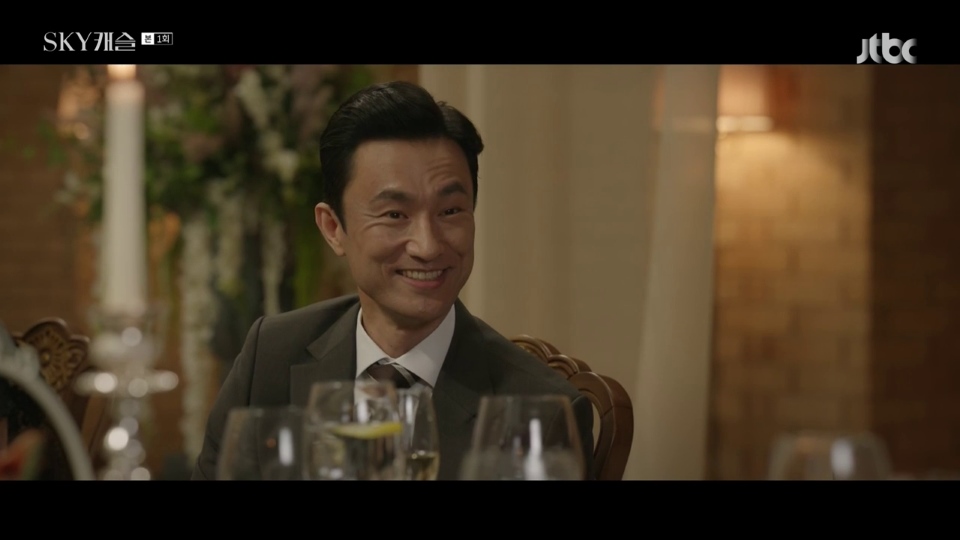 I love him in Shopping King Louis. The office guy who was so delighted when Louis give him 5 star. So hilarious and cute

Oh wow!! I had forgotten him from Shopping King Louis! He was so adorable there!

I had the instand SKL moment! I love Mr Lee!!!! So devoted to his character, he was as Mr Lee, Played it with love.

I really like him as an actor! He is very versatile and switches easily between funny and serious roles.

Kim Eun Sook must love him because he was in her last 3 dramas.

He was really funny in SKY Castle. His character was pretty obnoxious but he could be cute too. Their airport scene was so funny!

Love this interview. Thanks Dramabeans.

His acting in SKY Castle was genius! It was such a complex role and required every emotion on the spectrum, but he really delivered.

Yes it was. He really was the one character I found some empathy for and it was a testament to his acting.

You knew he wanted his kids to succeed, but did not know how to go about it and was getting frustrated.

Regardless of what drama he is in, my image of him is still as 'rockfish', from Descendants of the Sun. LOL
His acting in such a diverse array of characters demonstrated his great acting skills.

I am on the last episode of SKY castle, and Professor Cha is hands down my favourite character, mainly because of the way he is acted out! He is hilarious because he is such a caricature! Kim Byung Chul clearly had way too much fun playing him hehhe

Isn't he just playful and adorable in the first photo? I love how open-minded he is and how thoughtful his answers are. His humor and wit are evident in, " I also occasionally enjoy cup ramyun" and "Nope". Well said KBC.

Woo-hoo! Thanks for this interview! Prior to his very first ramyun scene in the drama, I brushed off his character as just someone there to make up an hour of an episode annoying the heck out of me. Then the writer made his character witty and funny, it was hard to wish for his demise because of all the fun he brought to me. Now, I`ll always remember Kim Byung Chul for making Prof Cha come to life and so memorable. He really did steal the show among all the fathers in the community.

Thanks for the fun interview! I really enjoyed how his character could be intimidating one minute, then pathetic and ridiculous the next. I'm surprised one of his memorable scenes wasn't when everyone got together and fought after accusing each others children of murder - despite the heavy topic, it was pretty funny to watch, so I can just imagine how fun it must have been to film! I also cracked up laughing when his twin sons carried him out of the house, or when he first came home with the giant pyramid. It's nice (and a relief!) to know that he's not very similar to the character he portrayed.

Many thanks to Kim Byung-chul for taking the time to answer some questions for Dramabeans!

In the group of excellent actors that was SKY Castle, he really stood out playing Professor Cha. As a viewer of this drama, one really wanted to see what happened next with Professor Cha and his family. ...... Looking forward to seeing him in his next drama Doctor Prisoner!

Thank you Dramabeans for bringing us another delightful interview!

This is so great! What a treat! Thank you! I just started SKY but I love him in DOTS and Mr. Sunshine. And I love him even more for this: