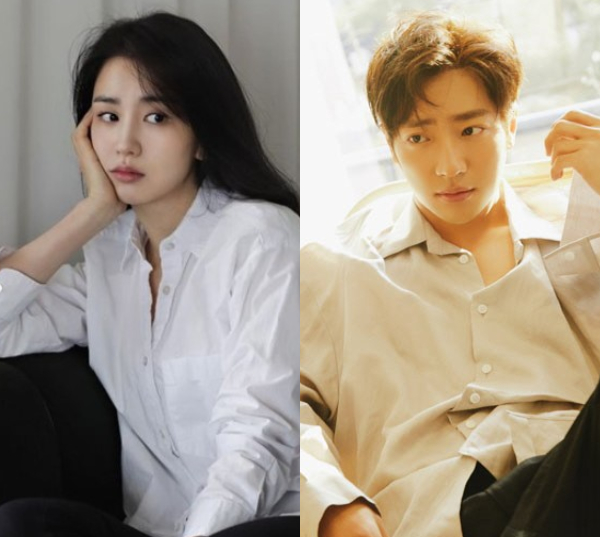 I’m usually not one for adultery dramas, but if Lee Sang-yub’s (Top Star Yoo Baek) going to be in this, I know I’m going to check this out, at least at the beginning. Channel A is planning a remake of Japanese drama Hirugao, titled Weekday Afternoon Lovers, and Park Ha-sun (Drinking Solo) and Lee Sang-yub have been cast as leads in the romance melo.

The original Japanese show was apparently quite popular when it aired back in 2014, and was lauded for its risque story and detailed, sensitive storytelling. Park Ha-sun will play the wife of a civil servant who has been transferred to a small town in the countryside. She’s described as the average Korean young housewife, with a timid and modest manner, in both appearance and personality. On top of being a housewife, she also works part-time at a local grocery store, and she lives a very routine life until someone abruptly disrupts it.

I’m sure Lee Sang-yub’s character may have something to do with this disruption. He will play a biology teacher, a kind man who loves all living things. While you could describe him as innocent and unerringly gentle, you could also fault him for having no connection to reality, like a sort of Peter Pan. Park Ha-sun’s character will enter his life and start to change it in big ways.

Writing the remake will be Yoo So-jung, and in the director’s seat is Kim Jung-min, whose credits include OCN’s Hidden Identity, Bad Guys, and Hero. Looking at the synopsis of the Japanese show, there’s still quite a few main characters to be cast, so I’m looking forward to who else joins the show.

Channel A is planning to air Weekday Afternoon Lovers in the first half of this year.

I really liked the Japanese movie version of this drama, I am looking forward to the Korean adaptation as well. I also love both leads and hopefully lee sang yup gets the girl this time!

I didnt look at the pictures, but read the names first. I didnt recognize them, but for some reason thought that the hero was going to be played by Heo Jeong-Min. Just looked up his name.
For that moment before I looked at the picture I thought, " Oh, that will be interesting. Hadn't seen him in the lead or in something so serious. "

Now that you've said that, I can picture it! 😂

Ma Dol Oppa gets lead role status! But will this ship sail?
I recently finished House of Bluebird and he can act his socks off being charming as well as sleazy and dangerous... but why murder his sweet romance with Chae Soo Bin in the latter half of the drama writer-nim? Why? They were so miserable 😭
In short: he can do melo.

"why murder his sweet romance with Chae Soo Bin in the latter half of the drama writer-nim? Why?" Yes, why??? 😭😤
They were the main reason I watched... and then hated the drama...

l watched the drama after I read comment section in YouTube , so I knew 2nd half will be messy , but still got so angry towards the end becoz lee sang yeob n chae soo bin deserve so much better.
They were so cute together in spite of age difference shows their acing caliber

I am so excited to see Lee Sang Yeob as a romantic lead. Loved him in House of BlueBird and in Top Star Yoo-Baek. Now, finally - the lead...
Please send license requests to Viki.
https://vikiinc.wufoo.com/forms/title-request-form/

I've seen the original and enjoyed it (haven't seen the film sequel yet though). It sounds a little crazy melo but like alot of jdramas, the subject matter was handled sensitively and realistically. Both leads are very well cast imo. I'm interested to see who they choose to round out the main trio of ladies.

Is the male lead the one who played in Forest of Secrets as a somewhat bad person? If I remember it correctly, a sly prosecutor?

I have yet to watch Forest of Secrets, but I looked up Lee Sang-Yeob's projects, and he isn't listed in Forest of Secrets. I assume the sly prosecutor you're referring to is called Seo Dong-Jae, played by Lee Joon-Hyuk. I've heard some people talk about Joon-Hyuk's character and call him sly, so I'm making my assumption based off of that. Perhaps you got the two mixed up?

Of course, I could be incorrect as I haven't watched the drama yet. So please do correct me if I'm wrong.

Lee Sang Yeob and Park Hasun best love team ever watched in love affairs in the afternoon...hope to see them pairing on more series..im inlove with their acting..awesome..perfect pair..