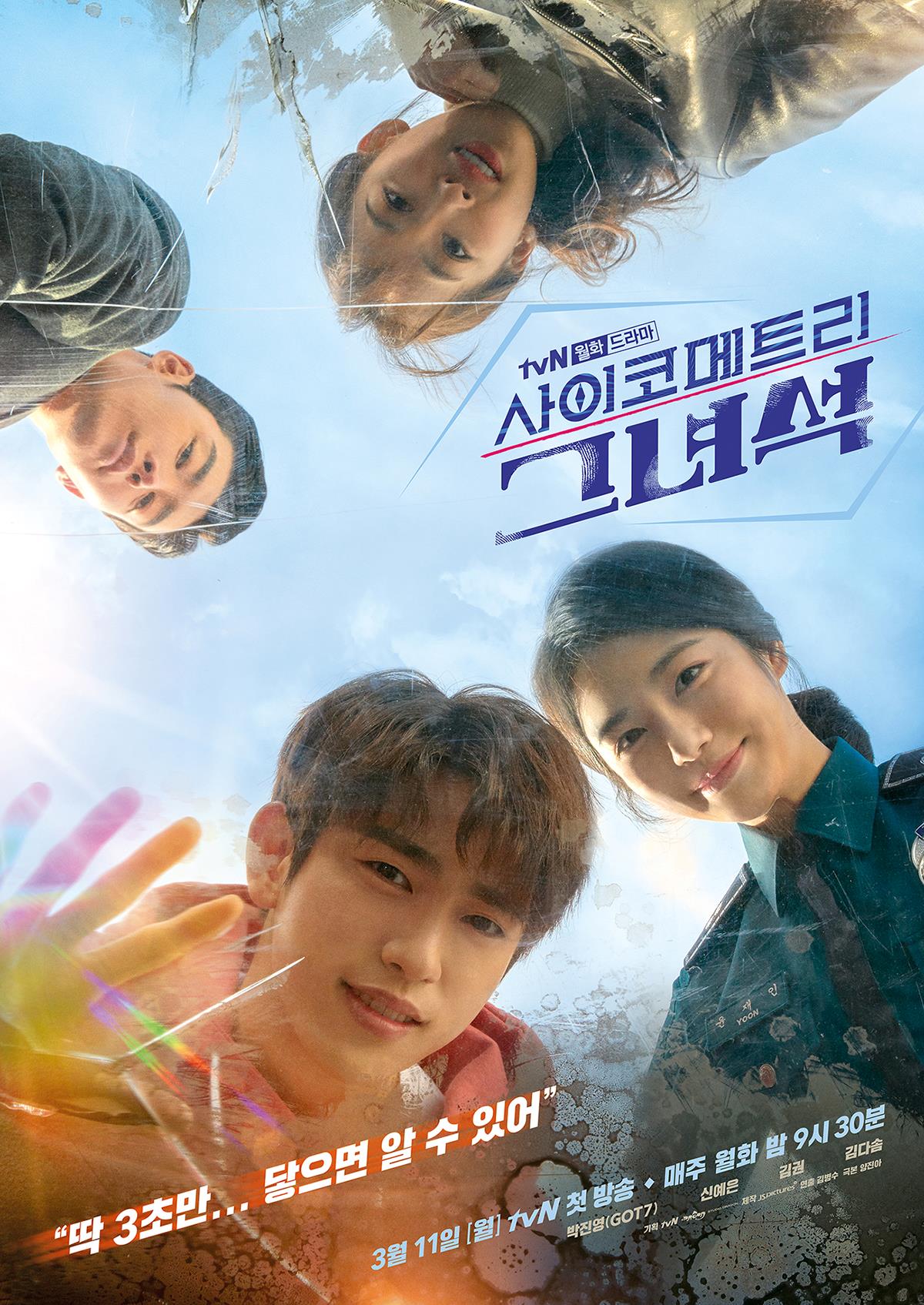 More promos have been released for tvN’s upcoming drama That Psychometric Guy including a new teaser and stills of Jo Byung-kyu (SKY Castle).

The story is a fantasy thriller and romance about a psychometric guy named Lee Ahn and a girl named Yoon Jae-in. Yoon is a girl with a secret which she wishes to keep hidden. However, this becomes problematic (of course) when she encounters Lee because he has a special power. Lee’s psychometric ability enables him to read other people’s secrets through touch.

Jo Byung-kyu will be taking the role of teenaged Kang Sung-mo who is close friends with Lee Ahn. The released stills don’t reveal much, but they show the young actor dressed in his high school uniform and looking particularly somber. Adult Kang Sung-mo will be played by Kim Kwon (Marry Me Now). The character is a prosecutor in his adult years and is described as being hard-to-read with a tsundere personality. 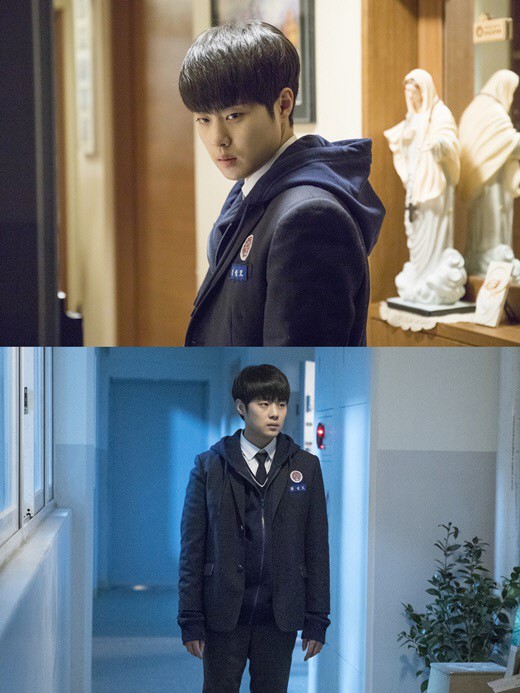 The teaser starts with Jin-young reaching for a tin of candy as we hear his voiceover saying, “Next time, I’ll be able to know.” We then flashback to the memories that Jin-young is tapping into. Shin Ye-eun stands in her school uniform as someone throws eggs at her. An unknown girl’s voice is heard saying, “How shameless…” and we see a glimpse of a girl dressed in black with her face hidden under a black cap and mask. We then see Jinyoung standing close behind a surprised Shin Ye-eun. The scene then cuts away from the memory, and we see adult Shin Ye-eun. She is dressed in a police uniform and puts a piece of candy in her mouth. In voiceover, she says, “Police officer Yoon Jae-in who has a hidden secret. Supernatural, romance, thriller. That Psychometric Guy.”

That Psychometric Guy is currently set to premiere on March 11 and will be broadcasting Mondays and Tuesdays on tvN after The Crowned Clown comes to a close.

I still think the title should be called 'That Psychometry Guy'. Psychometry is when you can read the past through touching objects. Psychometrics deals with the theory of psychological measurement. 😔

I don't know either of the actors and am very wary of idols until they prove to me they can act (there are some seriously talented idols out there). And this seems to be Shin Ye-Eun's first role which makes me even more wary. And the director has a mixed bag of credits to their name, but I love paranormal things so I will no doubt still give this a try. Please be good!

Lol thank you for pointing this out. I read the title and thought "Mmm that doesn't sound right"

The actual Korean says 'Psychometry', though, so at least the official title isn't wrong?

I was on the beanie page and I saw you comment. From there I clicked on "View In Context" which took me straight to your comment. Basically, long story short, I just wanted to echo your sentiments. I CAN'T WAIT!!!!

Hmmmmmmm, I don't know about this one though the premise sounds interesting.

I HONESTLY CANNOT FREAKING WAIT!!! THIS IS GONNA BE EPIC!!! JINYOUNG IS SOOOO HANDSOME 😍😍😍😍

LOOK AT MY BABY

Seems like a good show! I haven’t had any demands catch my eyes lately but I’m excited for this one

I'll be patiently waiting for this one . I have to say .

Our actor park 💚💚💚 cant wait for his drama

I can't wait park Jinyoung's drama. His so good in acting.