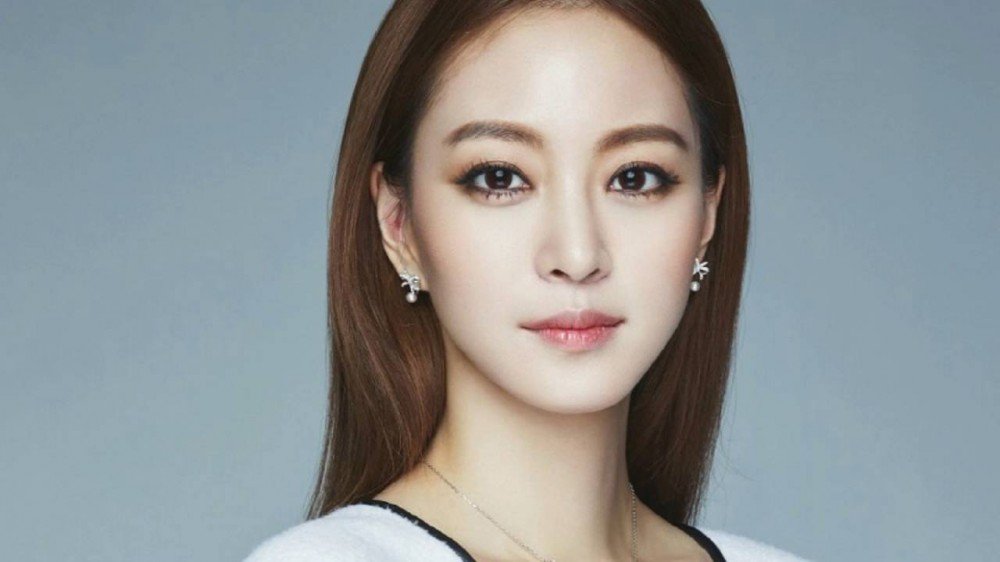 This week our spotlight is on Han Ye-seul, whose newest drama Big Issue just premiered on SBS. In the drama, she stars opposite Joo Jin-mo, playing the editor-in-chief of a notorious tabloid and chaser (and perhaps creator) of celebrity scandals.

Han Ye-seul was born in 1981 and raised in Los Angeles, California. Her professional career started in 2001, when she won SBS’s Supermodel Contest. The following year was her debut as an actor, with a small part as a flight attendant on the sitcom Daebak Family. 2003 saw her make strides in her acting career with a turn in the fourth season of the popular sitcom Nonstop. In 2004, Han gave up her American citizenship to become a naturalized South Korean citizen.

Like many Korean-Americans who left the States to pursue careers in the South Korean entertainment industry, Han Ye-seul met with her fair share of bumps in the road to success. From the production (and professional) disaster that was 2011’s Myung-wol the Spy, to the usual celebrity scandals around financial holdings, dating, and plastic surgery, Han Ye-seul is a very interesting choice to play Big Issue’s paparazzo goddess.

Below are some dramaland moments from Han Ye-seul, followed by her full filmography. 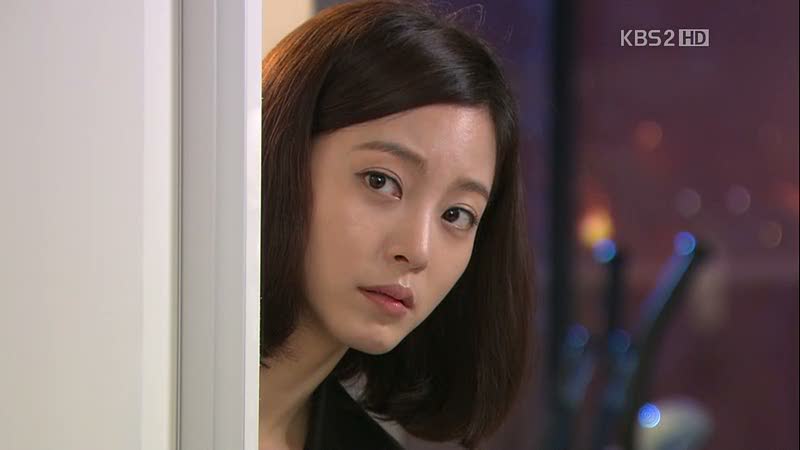 I didn’t watch Myung-wol the Spy myself, but this drama is now infamous for its behind-the-scenes production drama. It. Was. Crazy. Han Ye-seul starred as the eponymous heroine and North Korean spy that was meant to kidnap the top Hallyu actor played by Eric. It sounds like a fun premise for a rom-com with a side of action, plus a bit of a role reversal (I would have expected the spy to be played by the male, and the Hallyu star to be the female character, if I were blindfolded and guessing). But with all of its headline-making production disasters and domino effect of live-shoot snafus, this is one case where the drama outweighed the drama. Han Ye-seul’s reputation took an enormous hit, and as a consequence, she put her career on hiatus and didn’t star in a production again until 2014’s Birth of a Beauty. If anything good came out of that mess, perhaps it was some much-needed light shed on the grueling expectations of live-shoot productions. Unfortunately, I’m not convinced much has changed since then. 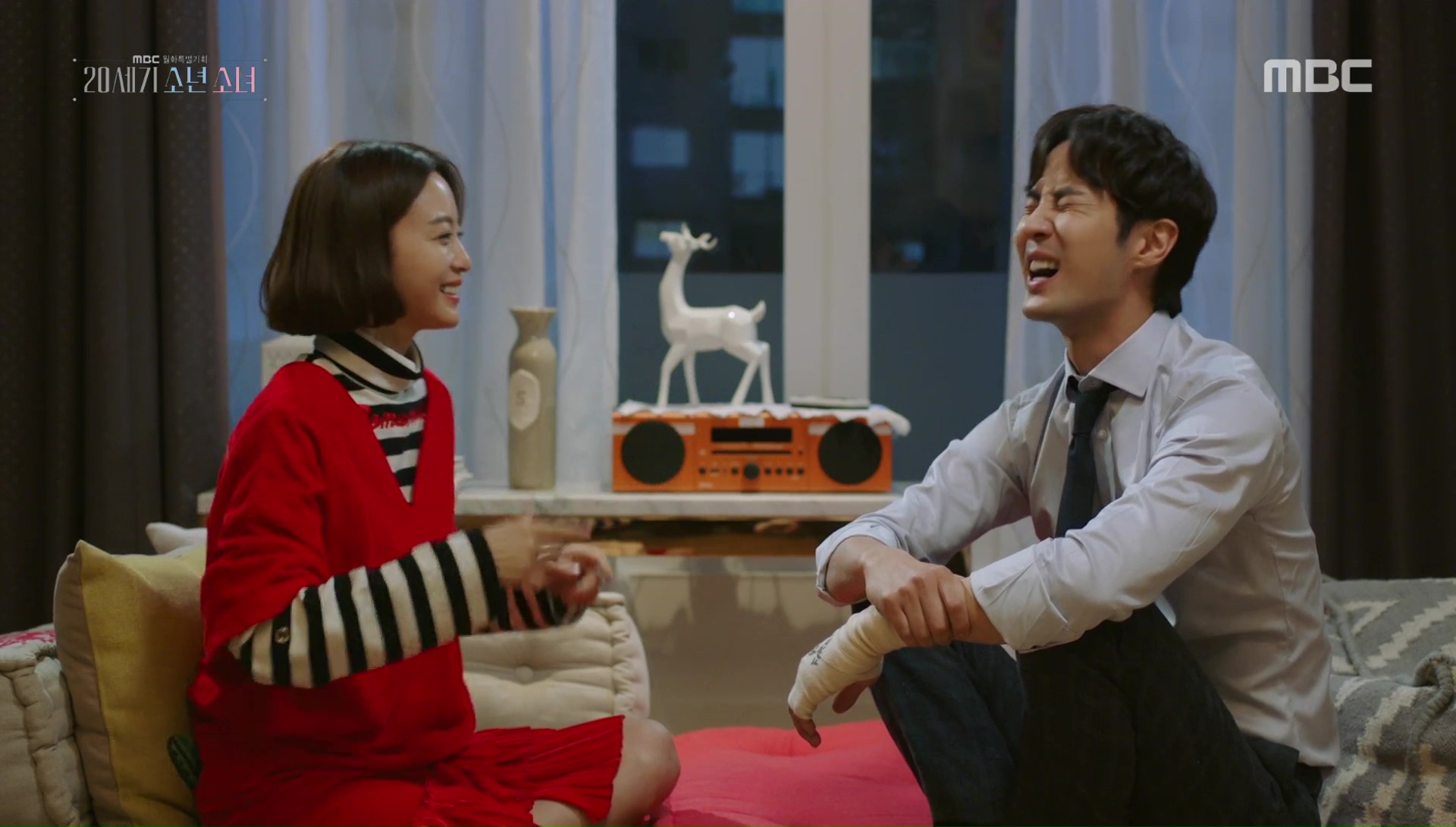 I love a good story of childhood friends falling in love as adults, and 20th Century Boy and Girl was such a sweet telling of this kind of story. While the bulk of K-dramas are feel-good stories, sometimes there are dramas that do this especially so, and for me, 20th Century Boy and Girl was one of those. It didn’t do anything groundbreaking, it didn’t have a plot full of barriers and roadblocks — it was rather a simple story, and I loved it for that. In the drama, Han Ye-seul played a top actress. Usually, that means full-on lovable diva (like Yoo Inna in Reach of Sincerity, for instance), but Han Ye-seul’s character was refreshingly innocent, still hung out with her childhood friends, and lived in the apartment above her parents and had breakfast with them every morning. Kim Ji-suk, who for me is always a fun balance of sweet, silly, and sincere, played the boy she grew up with. All in all, 20th Century Boy and Girl managed to do light and sweet without making you feel like you lost some IQ points while watching, which deserves at least a round of applause. 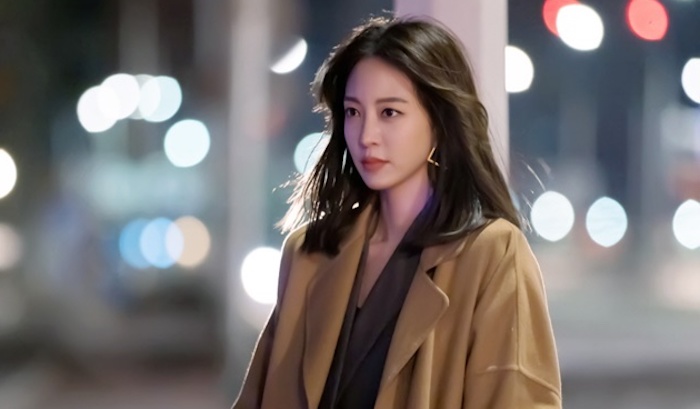 With the premiere episodes under my belt, I have to say this drama is way darker and sleeker than I expected. Light-hearted, feel-good drama it is not. Rather, we have (at least so far) a stylish, noir, and a little bit risque story — not your usual primetime fare. Han Ye-seul plays the femme fetale editor of her paparazzo world, and Joo Jin-mo is a washed-up “moral photographer” with a complicated history. The entire first episode is set on a luxury train, and it has such an old, swanky vibe, like Mission Impossible gone noir. The last drama I saw with a tone similar to this was Heartless City, so I’m curious to see how closely the drama keeps to the mood set in the first few episodes. It will also be interesting to see how the drama treats our hero and heroine who are clearly both people who have comprised their integrity (or been very tempted to), in the name of something larger.

She is really pretty (in unique way). I loved her in Fantasy Couple very much, and I remember the mess caused during filming of Myung-wol the Spy (Actually I enjoyed the show). I felt sorry for Han Ye-seul even tho people blamed her irresponsibility that time. But it also brought up the issue of insane live-shoot conditions. Sadly I agree that not much has changed since then. HYS fighting!

I also have a soft spot for her when she walked away from Myung-wol's set because they weren't following the terms to shoot in a more humane schedule. It's sad that she was forced to return anyway AND endure all that hate for "causing others trouble" when it's the system that should change for the better instead. :(

I agree - sometimes the world needs a rebel!

I think she's real pretty too, the kind of pretty that sets her quite different from the usual Korean pretty. I know her from Fantasy Couple/Couple Trouble.

First saw her in Fantasy Couple - I was/am(?) a very heavy Hong Sisters’s fan, I’ve seen them all and had my fair share of love and hate on their dramas. Fantasy Couple was alright, didn’t bring the same magic as it did with its prior dramas, but I liked Han Ye Seul in it. Not so much of Oh Ji Ho - never really liked his acting. (He was the weakest link too in that ever great Queen of Housewives IMHO)

But I loved her and Jang Hyuk in Tazza!!!!!! Tazza was so good even if it it was so makjang. Haru Haru remains one of my most favourite OSTs ever. It doesn’t ever get old - both the male and female version. 😍😍

She’s one of the most beautiful actresses on screen right now. I loved her in 20th Century Boy-Girl, as anyone who has been around here knows! I hope her new show does well! I vaguely remember her walking out on that drama she was shooting. She’s a strong woman, and I admire that about her.

I've been loving her since Will It Snow for Christmas, watched it first because Ko Soo tho, but can't help but end up love her because she's cute. She's so pretty and has good sense too (lol I judged it from Running Man). Haven't catch her in Big Issue because it's not much my cup of tea but I'll watch it someday after finish my NiF.

She is a good actress and a beautiful one too. Most memorable dramas of her for me are:
1.Myung Wol Spy. She looked badass as the north korean spy.
2. Birth of Beauty : She looked so gorgeous in this drama. Though i wasnt able to complete this drama , but her character i remember it well.
3. 20th Century boy and girl - I liked that her character despite being an actress she was humble and more normal than others. She actually brought that innocence for such a good-hearted character.