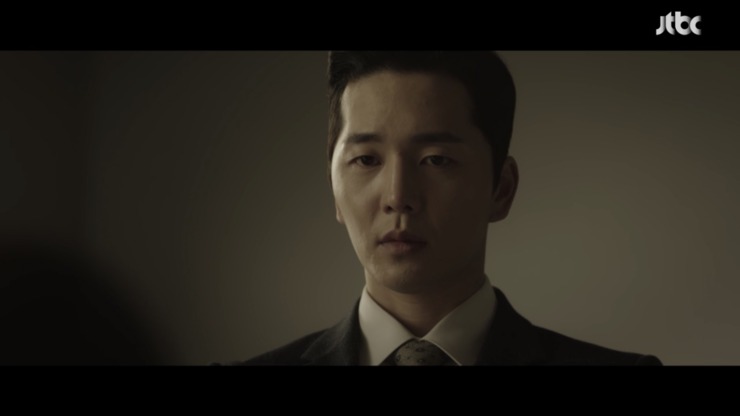 Though SKY Castle has wrapped, that doesn’t mean the SKY Castle fun is over. Lee Hyun-jin played Secretary Jo, the severe Coach Kim’s assistant, and he generously sat down with us for an exclusive interview. Lee Hyun-jin debuted in 2007 in television but his filmography includes everything from dramas to film and commercials. Lee’s next project has yet to be confirmed, but let’s hope we can see him back on our screens sooner rather than later. There are a few spoilers ahead so Reader beware! 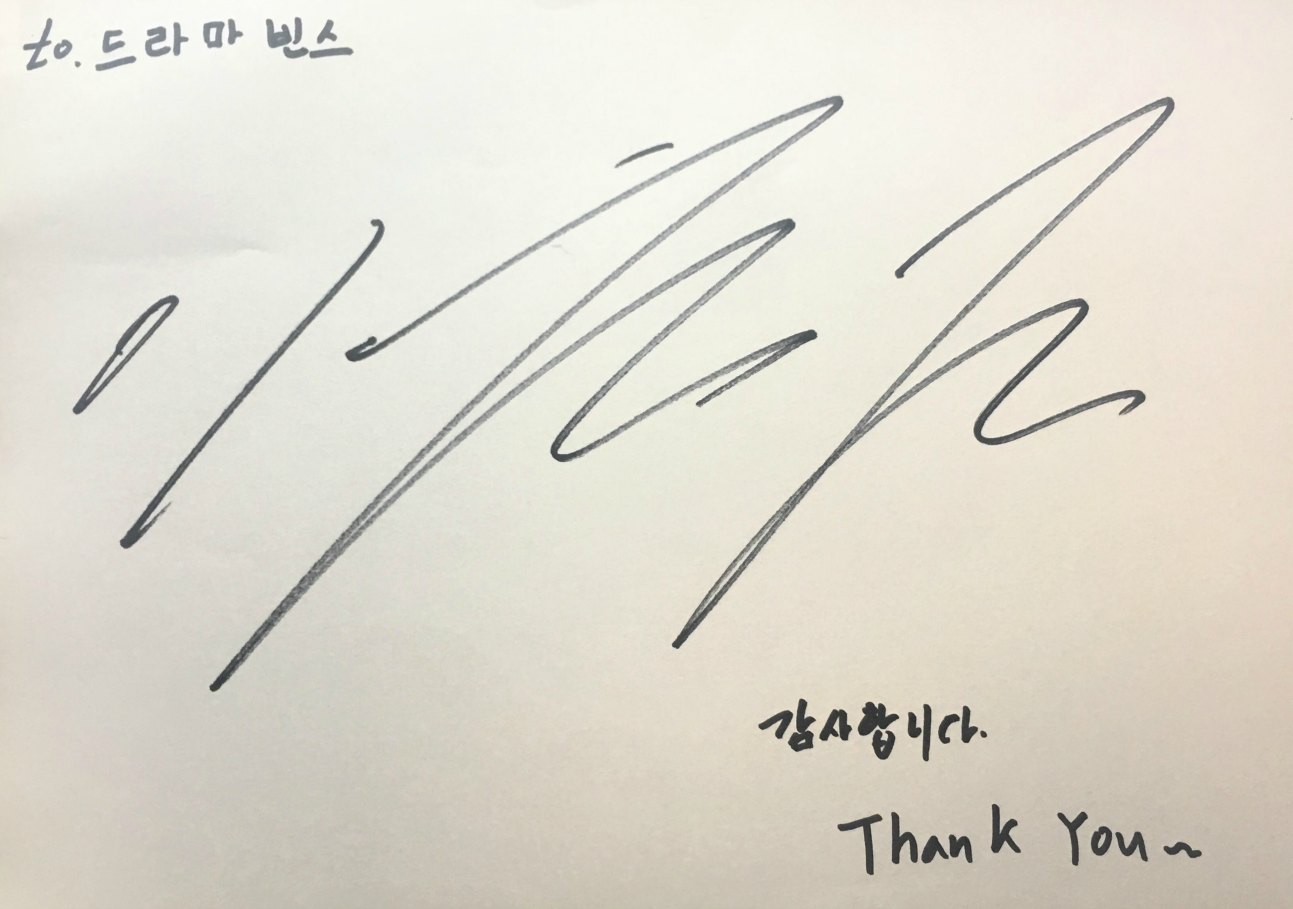 To Dramabeans, thank you.
—Lee Hyun-jin

Dramabeans: Secretary Jo mostly communicated through his body language and the way he carried himself. Did you have any particular concerns or difficulties while playing Secretary Jo?

Lee Hyun-jin: At first, not much was known about Secretary Jo–neither his back story nor circumstances, so it was difficult for me to get into character. It was especially difficult to figure out how I should behave around Coach Kim and the other characters. But as the director and I discussed Secretary Jo, it became easier and by episode 12 I knew who he was.

DB: What is the first word that comes to mind when you think of Secretary Jo?
LHJ: Dandy.

DB: How did you keep a straight face in the scene where Coach Kim (played by Kim Seo-hyung) hit you with her bag?
LHJ: At that moment, I just felt so sorry for Coach Kim. So no matter what she did to me, I was ready to forgive her. She seemed so pitiful then.

DB: If you could choose to be any of the residents of SKY Castle, who would you be?
LHJ: It would be Woo Yang-woo (Jo Jae-yoon). He seemed to have the most peaceful life out of the SKY Castle residents. His wife Jin-hee was lovely (Oh Nara) and he had a healthy relationship with his son (played by Lee Yoo-jin) to boot.

DB: Could you share funny moments you had while shooting for the drama?
LHJ: In episode 7, there was a scene where Kang Ye-seo (Kim Hye-yoon) was with her private subject tutors while the tutors were getting told off by Coach Kim. Ye-seo just had a simple line–she told her Korean subject tutor, “It’s okay, it was an accident.” But her facial expression and the gesture she made was so similar to my little sibling that I found it hilarious. But it wasn’t the time or place to break and laugh so I just laughed on the inside.

DB: What do you pay attention to when choosing your roles and projects?
LHJ: In the past, I didn’t look at anything in particular. Nowadays I pay special attention to who will be directing and that person’s directing style. As an actor, I think the director is a huge part of building a character.

DB: Out of all the characters you’ve played, who would you want to be friends with in real life?
LHJ: Secretary Jo from SKY Castle. It’s not because he’s my most recent role, but because he was the loneliest person I’ve ever played. Throughout filming, I thought that Secretary Jo and Coach Kim were the most miserable people in the show. They didn’t have families to take care of them and ultimately they ended up in prison. 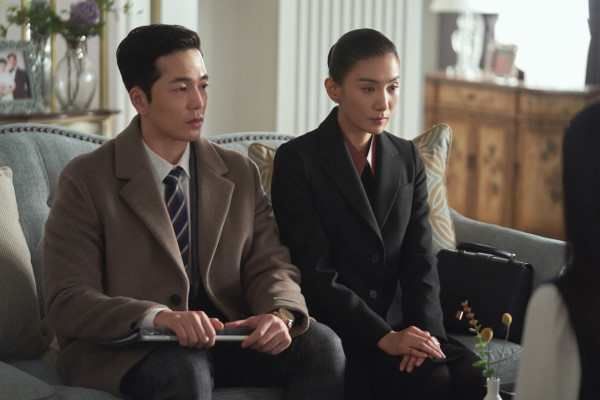 DB: Is there anything you’d like to say to the Dramabeans community?
LHJ: Hello Dramabeans, I think some of you may know me through my work as Secretary Jo in SKY Castle, though there may be others who knew of me from my other roles; I want you to know I feel heartened by your interest in me. I’d like to thank you sincerely and I hope you continue to look for me in dramas and films. I wish you and your families happiness, peace, and health.

Great interview! I agree with him that directors play an important role in building the character. Secretary Jo and Coach Kim were indeed pitiful characters but they didn't have to do that with Hye-na, she didn't deserve that.

I know! 드라마빈스 is so cute!

Kkkk so cute when he tacked on that personal IG invitation at the end. Also his one-word description for his character dandy followed by a pic of well-groomed Secretary Jo. XD

I enjoyed reading this, thank you!
I'm glad the viewers got a chance to learn about coach Kim and Secretary jo's life in Fairfax.
The scene leading up to coach kims arrest was so heartbreaking and difficult to watch.

He caught me an attention when he first shown up in Episode 3, I guess.. SO TRUE: DANDY!!!

I have to agree with him, that Joo Jae-yoon's character family is the most peaceful one... His family is less conflict.. Only once when his son "disappeared", but everything is resolved...

He is most memorable as Hyun Ki-young in Heartstrings (2011) to me. I remember I fell for him when he sang (If I leave) and was upset he didn't have more scenes. Lee Hyun-jin fighting!

I hated his character in Whisper.

He did Young-goo dirty and I did not blame her one bit for not forgiving him. I think I hated him because he felt he was entitled to her forgiveness because he participated in parts of the investigation. That is not how this works ya douchenozzle.

It's so nice to know a little more about Lee Hyun-jin!

I enjoyed watching him in SKY Castle as his character was quite interesting (in a drama which had many interesting characters!). Secretary Jo kept us guessing about the reason for his loyalty to Coach Kim. We speculated about it, we had theories left and right and we kept on watching until the very end to find out the truth of their connection.

Thanks to Lee Hyun-jin for taking the time to answer some questions for Dramabeans!

It took me some episodes to recognize him as the stage fear character in Heartstrings. I really liked when he sang If I Leave with Park Shin Hye's band.

this young man is ADORABLE!!! so nice to see him smiling after having to be so grim as Secretary Jo...
*finger hearts*

As an actor, I think the director is a huge part of building a character.
This is very true. Sometimes a performer can only do so much. Great answer!

Him promoting his Instagram is so cute to me, ahaha.

Aw nice interview! Glad Sky Castle was a hit so that so many could get a little career boost. Interested to see what he'll do in the future!

Really liked him in Assorted Gems :) Glad to see his career is only getting better~ Thanks for the nice lil interview!