The story is described as a fangirl-fanboy romance about Sung Deok-mi (played by Park Min-young). At work, she is a skilled art curator. At home, she’s a manic idol fangirl. Then enters Ryan (Kim Jae-wook) who is the art director at the gallery where she works. He’s described as having a prickly personality and highly competent. But, he is also a newly minted fanboy in the world of fandom.

The teaser starts with Park Min-young wearing a black cap and face mask, and hidden behind a large, long lens camera. She’s busy taking photos of her idol crush as we hear hordes of fans screaming in the background. She then excitedly examines her shots as a dictionary definition appears on the screen in text: “Fanaticism [noun]: Enthusiasm and devotion to an interest or activity.” Pleased with herself, she then says, “Just as I’d thought, being a fan means having the right equipment.” The screen then cuts to Kim Jae-wook as he looks at the camera and asks, “Did you say fangirling/fanboying?” We then cut back to Park Min-young who quickly puts her face mask back on and rushes to take photos again. The teaser ends with Park narrating in voice-over, “Her Private Life, premiering April.”

Kim Jae-wook! Yay, he’s finally the lead! It looks super cute so far. Hopefully the show does a good job of representing us fans well!

Her Private Life is set to premiere on April 10 and will run on Wednesdays and Thursdays on tvN. 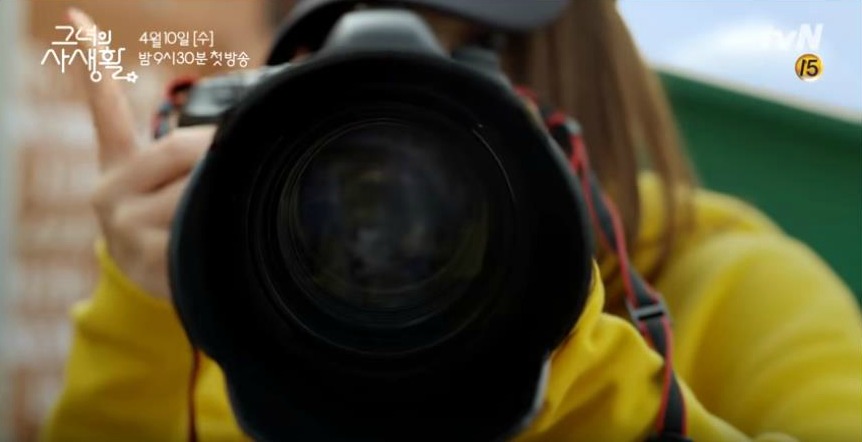 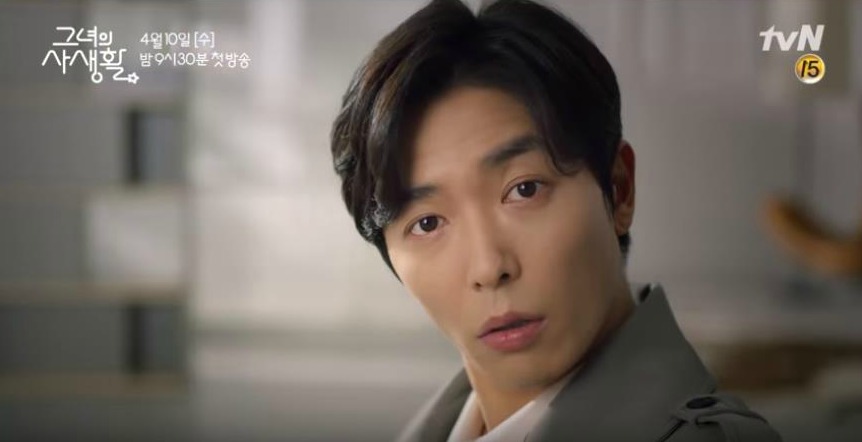 Okay wig department, how do you mess up someone who looks like Park Min-young.

Haha, first two comments, that was exactly what I was thinking, did they put some latex mask on her a la Mission Impossible.

Bring back her Secretary Kim ponytail!!

Right??! That ponytail was perrrfect.. 😥

I didn't even recognize her. She looks eerily photoshopped.

The filter is weird, she looks like she has a mask on, it's very discomfiting. Otherwise I'm sure excited for this drama.

I wish I liked Park Min-Young, because Kim Jae-wook is a lead and I have to watch it!!!
Not too excited yet. Will wait for more teasers!

and that is all you are saying about his FIRST lead role? oh Mary~

i mean no fangirling? or anything?

i knew you had to be there for him (in the background of course) or was that hugging and kissing him whilest trying to set up the huge camera for just a couple of selfies?!

Does anyone else find the idea of romanticising fangirls/fanboys a bit weird? I don’t think buying a high tech camera to stalk a group of celebrities is a hobby that should be celebrated or encouraged, which is why I’ll sit this one out. It’s a shame because I love Jae-wook, but I don’t have the patience for a series that condones the fanaticism that surrounds idol culture today.

I found this representation of fanboy/fangirl a bit wierd! I was not expecting her to bring a high tech camera and click pictures, almost like paparazzi ! That's extreme.
But I hope that the show will do a comment on it rather than condoning it. I am looking forward to it!

I guess it's just true to life. Fansite masters do this and earn money by selling photobooks. Not that it's morally right but it's realistic.

It's a lot of pain for other fans too since they bring BIG cameras and sometimes use other fans' heads or shoulders as mounts for their cams! Imagine that! They are notorious for pushing and getting others injured as to get good pictures.

I understand where you're coming from. Fandom is a tricky issue. I listened to a podcast interview of Amber from f(x) and she was saying how grateful she was to a fan of hers who took all these photos of her with high tech cameras. She said she admired that girl because she was a petite Asian woman who was dedicated enough to carry around heavy camera equipment and follow her. I thought, are you thanking your stalker? But she said she got into the Kpop industry because she was a fan in the first place...

It's true, it is tricky. I'm jumping into a different world of fandom lol, but David Tennant had some really interesting chats with Olivia Colman and Whoopi Goldberg on his podcast about fans - and it touches on both the fan's and the actor's perspective. Even if the drama doesn't go too in depth, I do hope they put some care into how they approach fandom. For the sake of us fans! :)

I am hoping the moral of the story will be to grow out of fangirling and appreciate a real-life relationship. :-)

I’m so excited for this. This pairing is a fan girls dream *pun intended* and the rom-com premise seems pretty different so I can’t wait to see what quirkinesses PMY can bring and sexiness KJW can bring. Hopefully there’s enough story for 16 episodes to make it interesting till the end

I'm quite excited for this ! 😆 Kim Jae Wook in a romcom is sure a new thing for me and I think it's good that I didn't watch Park Min Young in Secretary Kim so I won't have to compare this drama with her previous romcom 😊

awww, i like these two!! i hope it is really, really GOOD!!!

I hope they will address how the fandom affects the celebrity's life...and not in a good way. Normal fans that are just asking for an autograph are one thing but the ones that think they own you are a different matter. If they touch on some serious bits, I would really be happy, since it is something I think very specific for korea/asia.

This is a holy moment for me.. since I saw this guy in coffee prince as waffle-boy, been loving him in silence, wondering why can't I see him in more dramas, waiting and biting my lips, loathing DramaGods for not letting him leads a drama..
And now we come to this.. 😫😫
Kim Jae Wook.. 🎉🎉

Have you happened to see him as a brooding ghost in Who Are You? :-)

Well, there was always the suspense factor, when will he appear next? :-) I had forgotten, but he was also in Bad Guy as the poor rich kid...

Yep, in Bad Guy, so handsome in his suits, and his hair...
Gosh, I'm so shallow.. :p
Aaanywaaay, cheers for Kim Jae Wook's first leading role. ~Should have been sooner than this though..~

looking forward to this!