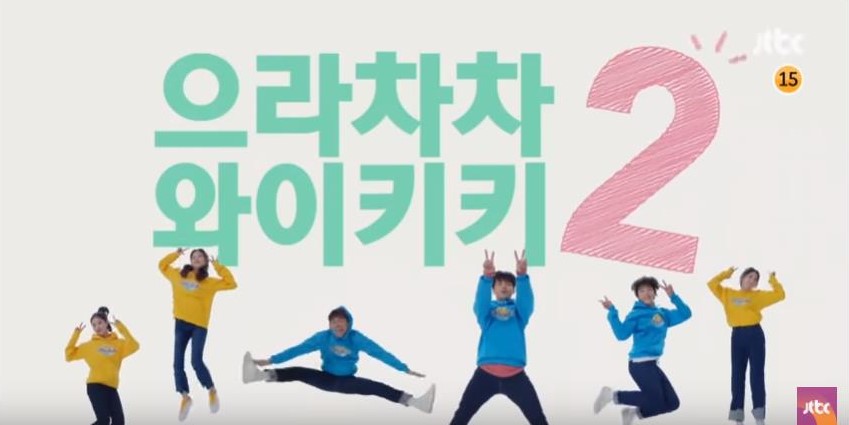 JTBC’s Woohoo Waikiki 2 is back! Though most of the faces are new, the show has held onto that cute and funny vibe from season one.

Spinning off from the first season’s story, which aired last year in February, the new season will feature Lee Yi-kyung (Red Moon, Blue Sun) reprising his role as Lee Joon-ki. In season two, the Waikiki guest house is still struggling to stay out of the red. But this time, Lee will be joined by his high school friends who will fumble along with him as they try to make sense of running a business while finding love, making friends, and chasing your dreams. All with a generous serving of comedy, of course.

Kim Sun-ho (100 Days My Prince) plays the first friend to come help, Cha Woo-shik. He was an idol in the past, but the group was largely unheard of. He has a prickly personality, and still dreams of hitting it big as a singer one day. Completing the bromance trio is Shin Hyun-soo (Twelve Nights) who plays Kook Ki-bong. He’s a professional baseball player in the minor league. Yet, he’s a bit of a klutz and can at times be slow on the uptake.

The three friends share the same first love, Han Soo-yeon – who will be played by Moon Ga-young (The Great Seducer). Child-like and lovable, she finds herself joining the group at the guest house after an unexpected turn of events.

Rounding out the female cast is Ahn So-hee (Entourage) and Kim Ye-won (Heart Surgeons). Ahn plays Kim Jung-eun, a busybody and queen of part-time jobs. Kim plays Cha Yu-ri, Woo-shik’s older sister and she sees herself as the top dog of the pecking order at the Waikiki guest house.

In the newly released poster, the main group of six look up through a gaping hole in the ceiling with varying reactions ranging from curious to horrified. The caption reads, “Even if the skies collapse, we just need to overcome it.” It’s taken from an old Korean saying, “Even if the skies collapse, there is always a hole to climb through out of it.” Meaning, there is always a way out of any situation no matter how bad it gets. 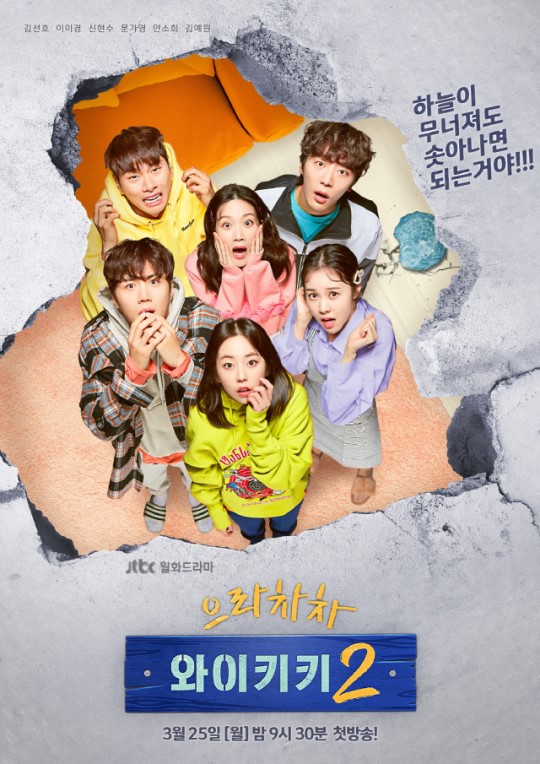 Directing for Woohoo Waikiki 2 will be done by PD Lee Chang-min who directed the first season as well. Writer Kim Ki-ho, similarly, led the writing team in season one and will be taking the reins again in season two.

I must admit I’ve always found Ahn So-hee to be kind of bland. But otherwise, I really like this new cast! I’m always down for more comedy and this looks super cute so far. Will have to start the countdown for this one!

Woohoo Waikiki 2 is set to air in just a few weeks on March 25, and will be broadcasting Mondays and Tuesdays on JTBC after The Light in Your Eyes concludes its run. 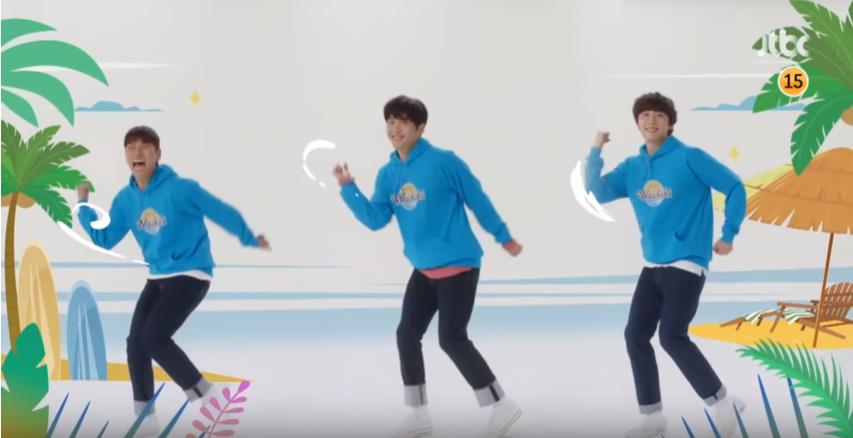 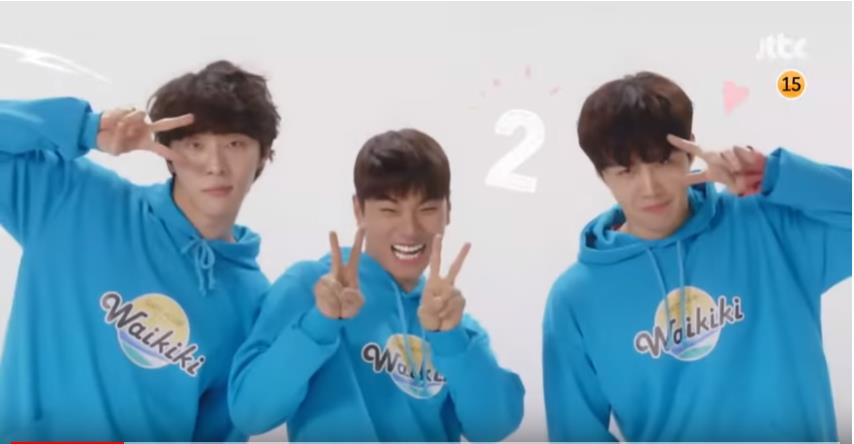 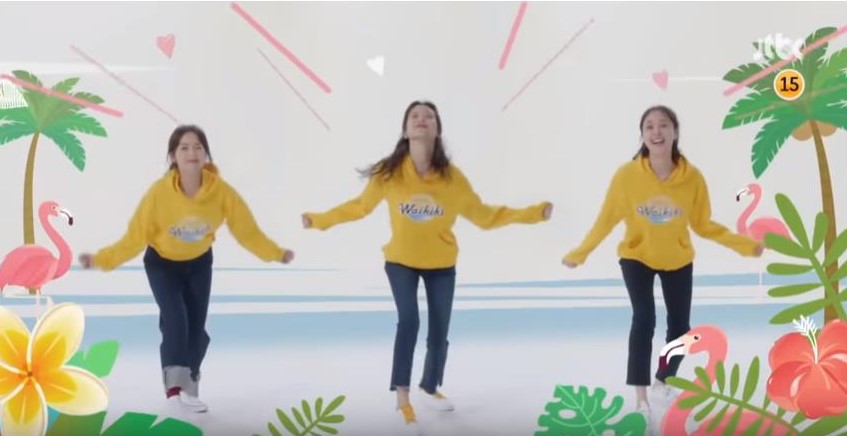 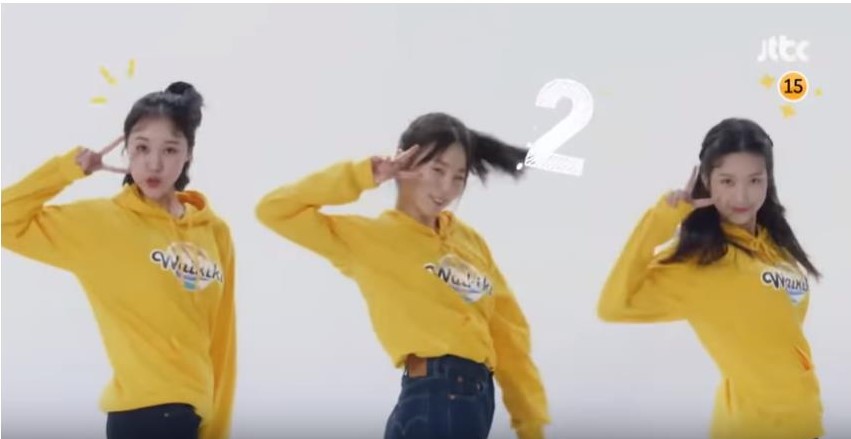 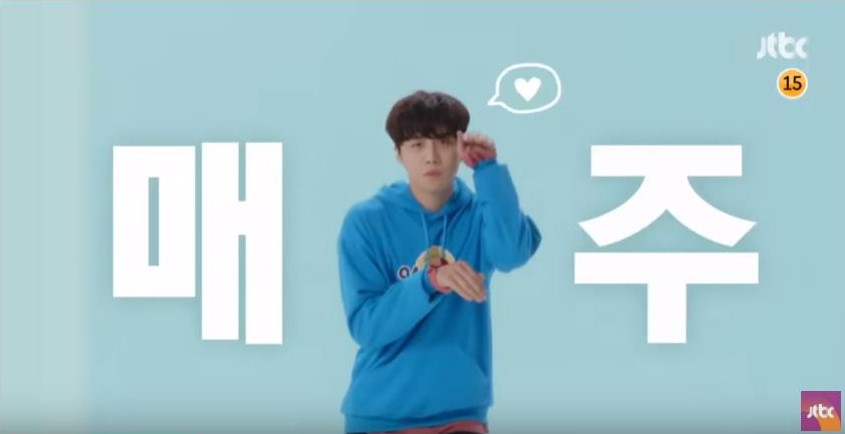 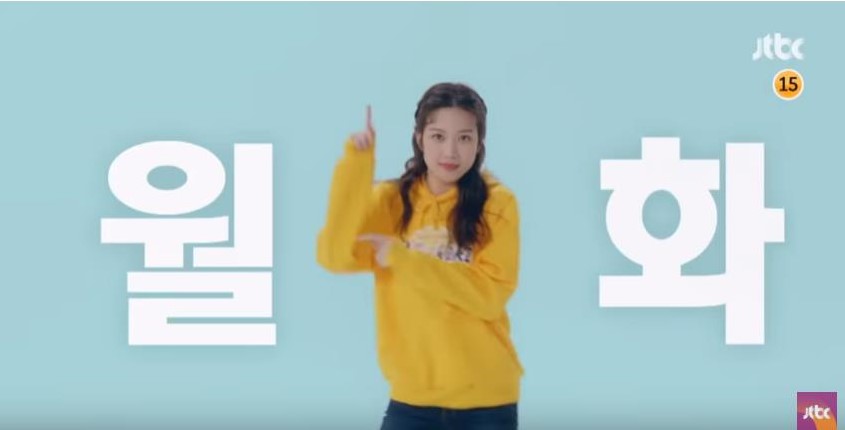 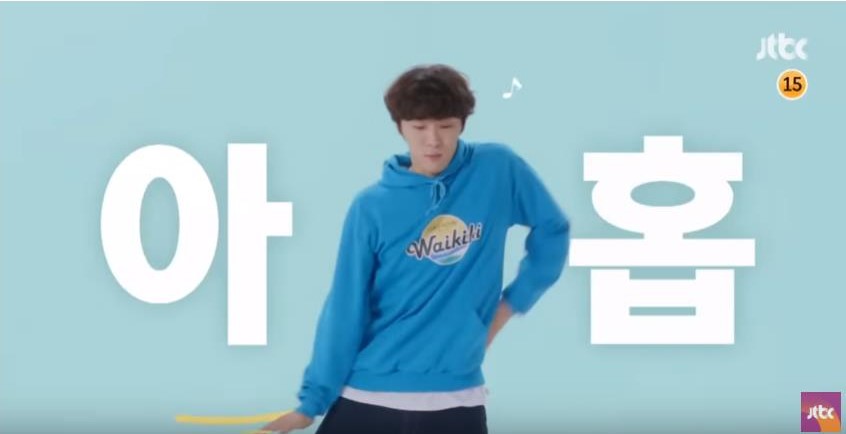 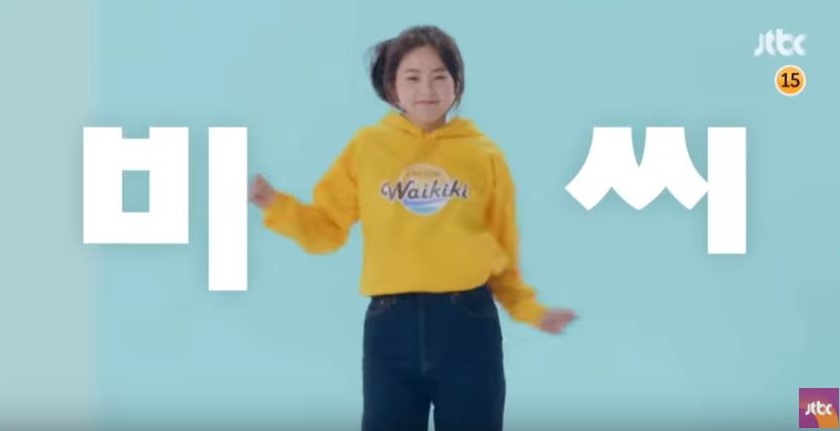 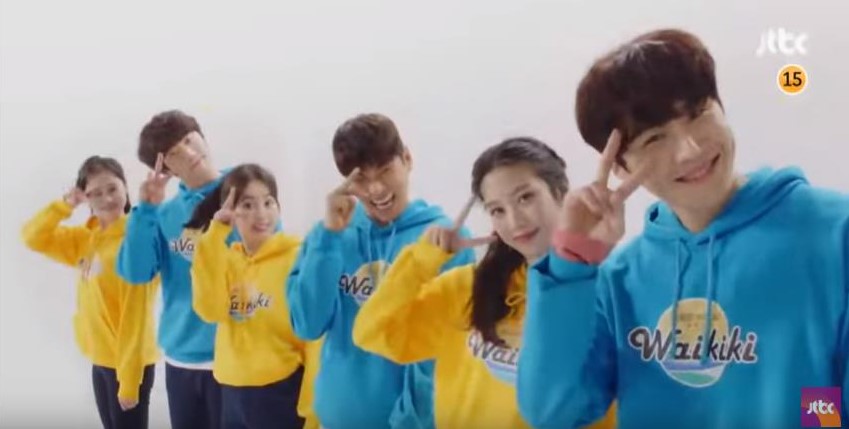 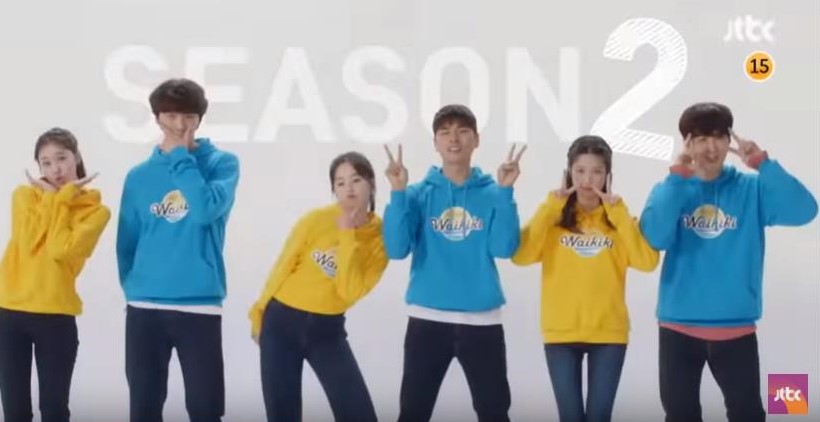 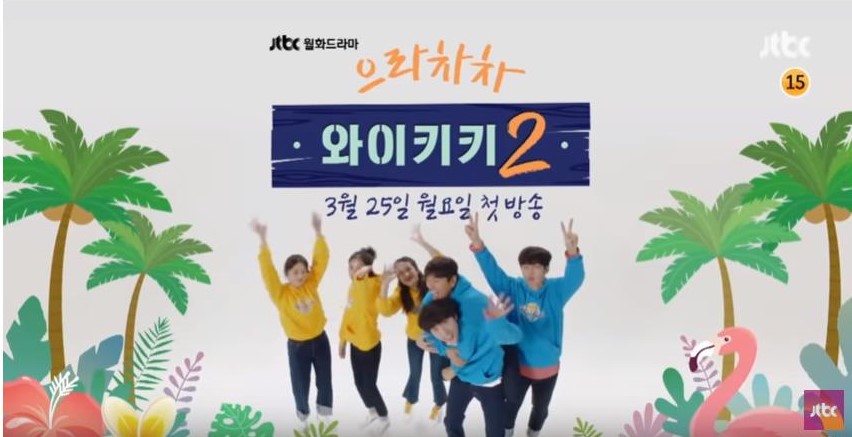 There's a new teaser teaser that released hours ago.

I'm very excited for this season! The 2nd teaser is crazier, wilder than the former. I noticed that they changed the guesthouse! What happened to the old one?

Thank you; this is a much better sell of season 2.

I laughed in spite of myself.... grudgingly holding out for last years cast.

That was really funny, I am so excited about this show!!

But Waikik never belonged to Jun Ki. Didin't it belong to KJH's characters and Chewbecca?

True, but also KJH is sick at the moment, it's why he dropped out of his last drama. And the other guy just went through a car scandal so he's dropped out of activities.

Just looking at LYK’s face at the pictures made me laugh, this man is so funny, can’t wait.

Me too! His expression is so different compared to the others, as if he's not acting at all. Lol. Oh God can't wait. 😂

So....do LJK and Chewbacca break up? I wouldn't be surprised. I dont quite remember why but I didn't like them together after they got together.

I would have loved to see last year's cast but understand that it was simply not possible. But I am looking forward to it anyway.

it still has the same feeling thankfully and seems like loads of fun as the characters get in multiple messes so i cant wait for this.

What a great name: Kook Ki-bong.
I am a fan of Shin Hyun-soo after seeing him in TWELVE NIGHTS and he is tall. Also I am a fan of Kim Sun-ho since he and Ko Won-hee almost stole the show in STRONGEST DELIVERYMAN. It looks like a nice cast.

I think I'm more excited for this show than I ever have been for a second season. It looks adorable - bring it on!

I think this is one of the shows where the 2nd season will not disappoint and could possibly even be better than the 1st season. I will be checking this out for Kim Sun Ho. I did not enjoy the 1st season and had dropped it after early episodes.